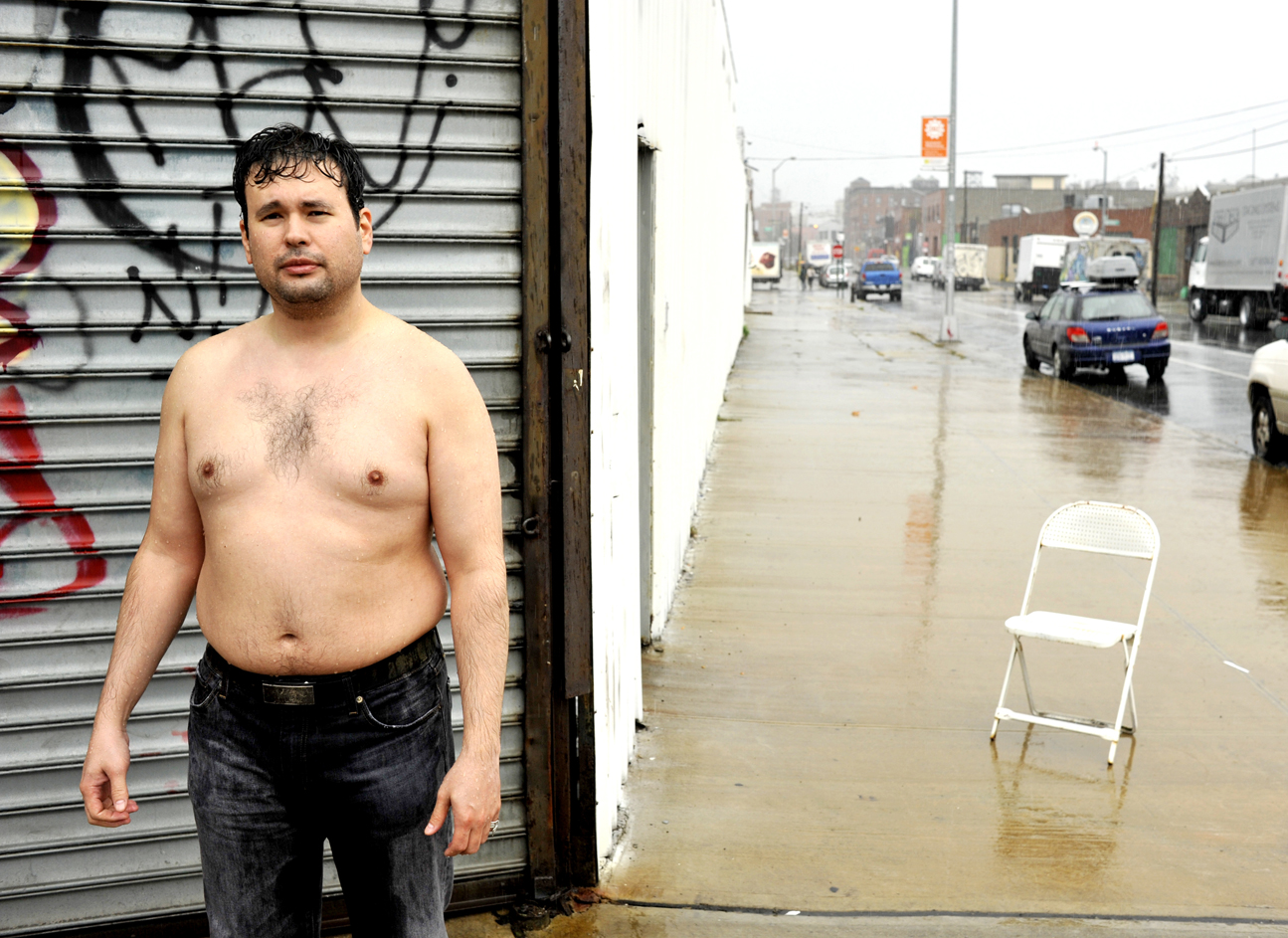 The CraigsList Critique, Part 2 of 2 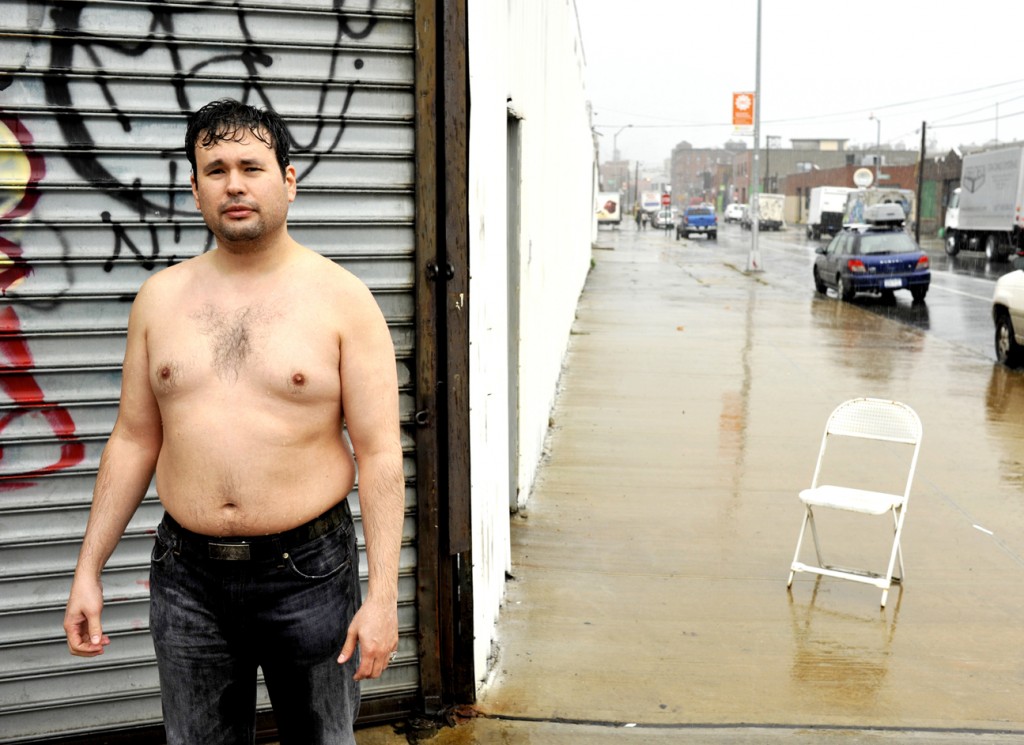 Words and Photos by Stephen Kosloff

In the fall issue of Resource, I wrote about my efforts to recruit consultants via Craig’s List to help me put together a professional photography website. Given that I’m somewhat new to the field, I wanted guidance from people with experience. Beyond getting my work online, I hoped the meetings would result directly or indirectly in a few assignments. I offered to pay $50 an hour, had dozens of responses, and wound up meeting with five people.

As I wrapped up the first article, the consultants had gone through my pool of images (around 350 of them) and given each image a thumbs-up or thumbs-down. After grouping all of my shots based on how many votes they’d received, I cut the pool down to about 100.

All of which brings us to the question of the hour: what’s happened since?

Taking into account that the primary objective was a website, the effort was a complete success. I’m pleased (for now) with the way stephenkosloffphotography.com has shaped up. I think it will need some tightening and I have some gripes with the template, but I feel like it’s a site I can show to people and even be slightly proud of.

As I mentioned in the previous article, one of the main (and unforeseen) benefits of the process was seeing how people–all of them pros–responded to my work. Seeing that consultants X, Y, and Z liked one picture but consultants A, B, and C didn’t was somehow liberating.

There were a lot of images to go through and not a lot of time to chat because the $50 per hour meter was running. But even these cursory discussions I had about my work seem to have sharpened my critical eye, or increased my confidence in it. Having gone through this process, I looked at the pool of 100 “maybe” shots and it was easier for me to make the final cuts.

There were other unforeseen benefits to the exercise, the most significant probably being this series of articles. One of the consultants, Roark Dunn, mentioned that Resource might be interested in an article on my Craig’s List crusade. In addition to having some of my work printed, the deadline for the magazine (along with a November trip to Morocco) was an added incentive to get the site launched.

An incidental tip from one of the consultants also wound up helping. Lizzie Fischbein, a photo rep, recommended a few blogs for me to check out, including  aphotoeditor.com, which I now read regularly. One of the vexing issues for me was the logistics of getting a site up. My original site was based on a crappy template. I spun my wheels for a while looking for a company with better templates and wasn’t making much progress. I briefly considered having a site built from scratch but didn’t want to have to call someone every time I wanted to tweak my site. Then one day on A Photo Editor I noticed a page that featured template companies and found qufoto.com, which I’m using now.

The consultations have also changed the way I shoot…a little. I’d been using a 14-24 mm lens to shoot almost everything in 2009. After hearing from several of the consultants that I needed to stop shooting wide angle all the time, I got a 35 mm lens (which I guess is still wide but at least not ultra-wide). As mentioned above, I had plans to go to Morocco. Without the benefit of the consultations, I may have used the 14-24 as my primary lens over there, with a 50 mm as a second lens. I still brought the 14-24 with me, but my two main lenses were the 35 mm and the 50 mm, and I believe my photographs from that trip will be better as a result.

I also used the 35 mm primarily for a photo shoot I put together in mid-October. Over the summer I had an inspiration to take pictures of a woman ironing on the subway. That initial shoot morphed into a series of photographs of people doing things they normally do in their home, but in public. I shot people ironing clothes on the Brooklyn Bridge and hanging laundry on 2nd Avenue with the Roosevelt Island tram floating in the background.

For the first series I shot at 35 mm, I had a group of friends shampoo their hair on a sidewalk in Williamsburg, Brooklyn. Participants reported having a good time, despite the intermittent showers (as in rain). The “shower” for the shampooing was made possible by my upstairs neighbors, Robert, Jamie, and Chris the tall Norwegian, along with one-gallon containers of water and a step-ladder. I brought the 14-24 along and did take some shots, and that’s probably the last time I’ll use it when the main subject of a picture is a person. The distortion at the edges of the frame harshes my mellow and might be a turn-off for potential clients looking at my site. My poor friend Kara’s fingers look as long as her legs–and she has very long legs! The 35, on the other hand, worked like a charm.

The only working photo editor whom I met through the Craig’s List ad, “Jane,” a senior editor at a major magazine who wished to remain anonymous, did not assign me any work. However, Jordan Schapps, the former photo editor of New York magazine, did in fact point me in the direction of two editors. I e-mailed them both, and now only time will tell if anything comes out of it. As of early November I hadn’t heard back from either of them, but this doesn’t necessarily mean they hate my guts. Sometimes it can take a while for editors to get in touch even if they like your work.

Here’s another good question: was this idea, this scheme to cast a $50 per hour net into the seething morass of Craig’s List in search of expert opinion, slightly retarded? Or at least slightly retarded as executed by yours truly? In a couple of respects the idea was autistic, if not retarded. I knew from the outset that multiple $50 an hour sessions within the span of a couple of weeks were going to punish my checking account, and they were. And the fact that it was expensive wound up limiting the amount of time I could spend with the consultants.

The easy alternative would have been putting up a post offering $20 per hour to see what kind of response I’d get. And of course I could have taken some time to come up with ways to make contacts who wouldn’t charge at all, or very little. Maybe by taking a class or lecture, or even just hitting up people on flickr. I estimate that the Craig’s List effort cost me around $550. Ten-week courses at ICP cost about $880 for thirty hours of instruction, for example, which nets out to about $28 an hour. Both ASMP and APA have resources that might have been helpful. Outside of the big photography organizations, individuals like photographer David Langley teach a variety of classes. There are also many established consultants who look at portfolios for a living whom I did not contact.

The Craig’s List gambit, while flawed in some ways, may still have been my best bet. It’s not at all clear that I could have found a “Build your photography portfolio and learn to market yourself” class that would be starting when I needed it to start, and fit my schedule. As for photo consultants, my sense is that they would have charged more than $50 an hour. Working with one person as opposed to five or six may have resulted in a deeper consideration of my work, but part of the value of the Craig’s List initiative for me was the opportunity to see how different people with different professional backgrounds looked at and responded to my pictures.

Now that I’m at the end of this process, I accomplished what I set out to, and even a little more. But I’m left with the somewhat unsettling realization that becoming a professional photographer is the equivalent of a cross-country road-trip, and that, basically, I’ve only made it to Hoboken. Perhaps even more accurately, it’s like taking a cross-country trip in a very old, weathered car. I might have that moment where I kick off my shoes and splash around in the Pacific, or my car might just fucking die. It’s an odd piece of vertigo to get wrapped up in.

Yes, I have poured a lot of cash into photography; the consultants, the models, the private jets, the external hard-drives, the quaaludes. But, here’s the thing. This past year has been the best of the twelve years I’ve spent in New York, and that is attributable mostly to photography. To the stout little light-recording boxes I haul around on the train or into the gin joints where I exorcize my demons. Sometimes, when I get my shorts all bunched up worrying about my future, it’s easy to lose sight of how lucky I am to love something–anything–as much as I love taking pictures.

[Update: On November 9, Kosloff pitched “Jane” a Moroccan photo essay and her magazine agreed to look at it on spec.] 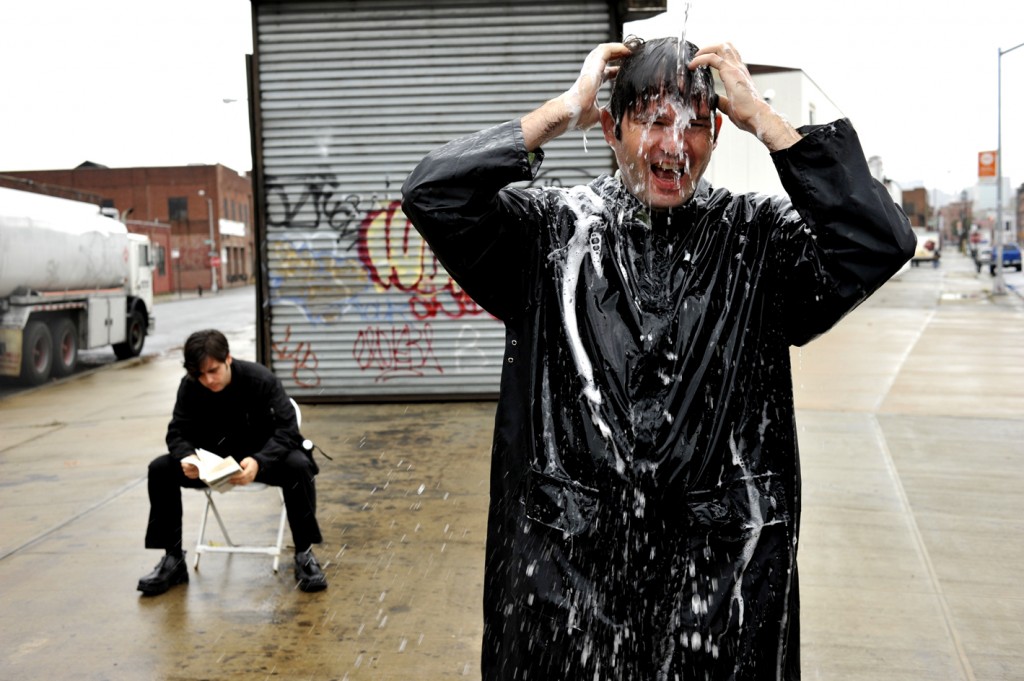 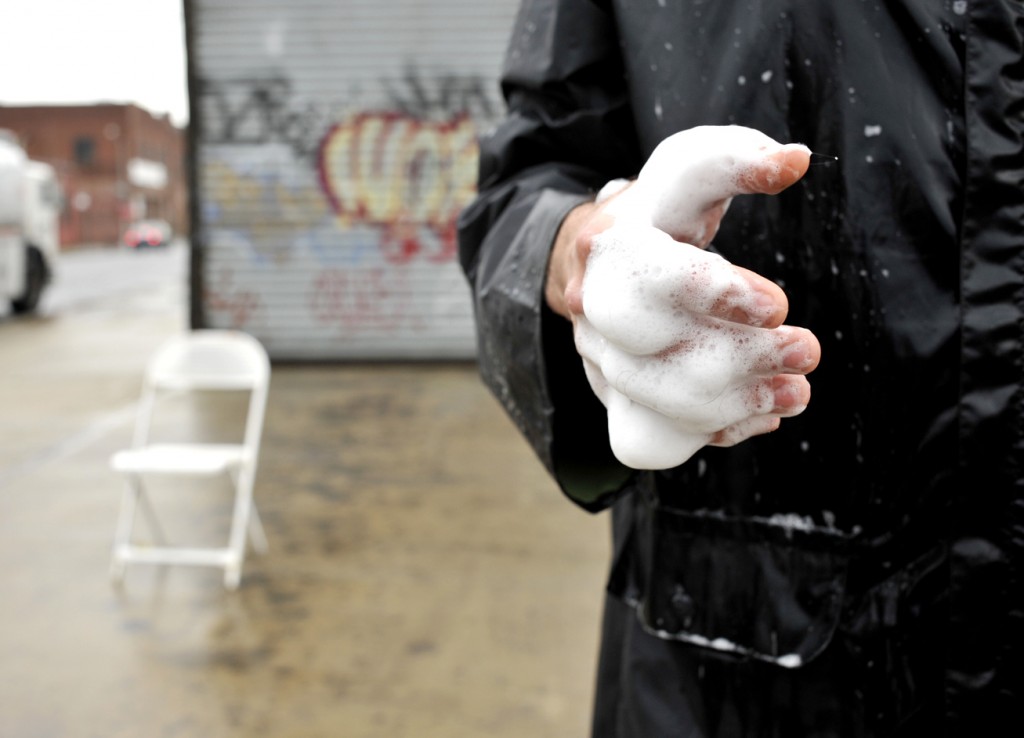 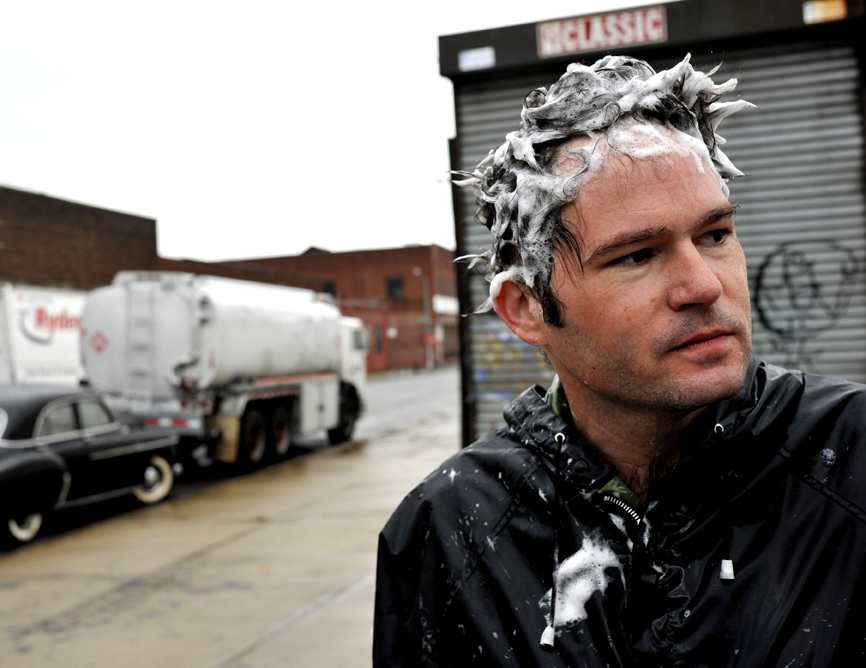 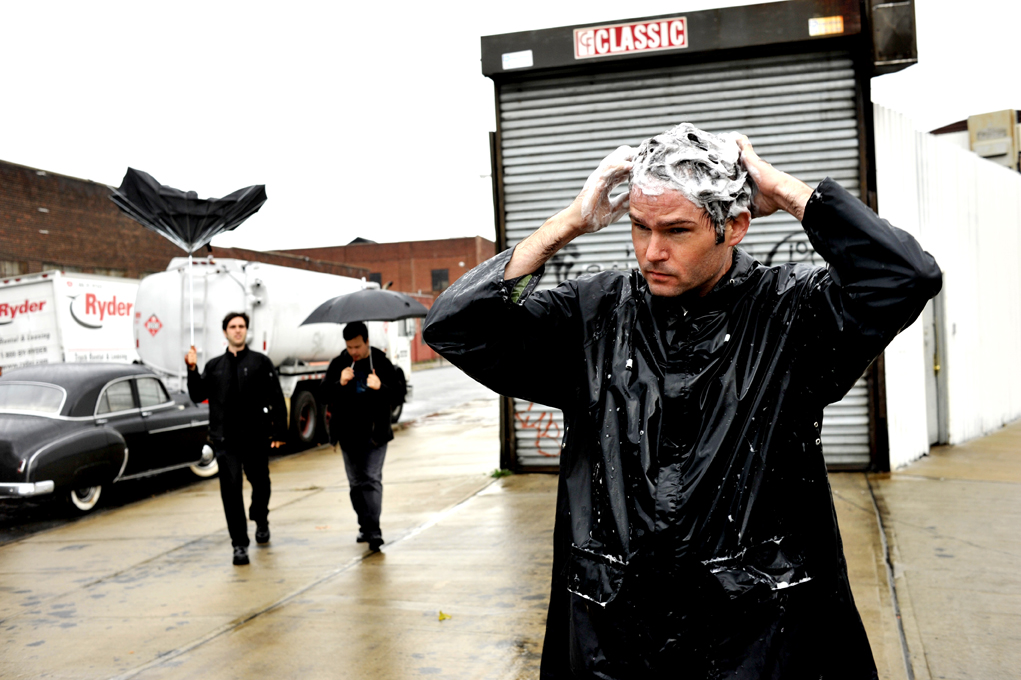 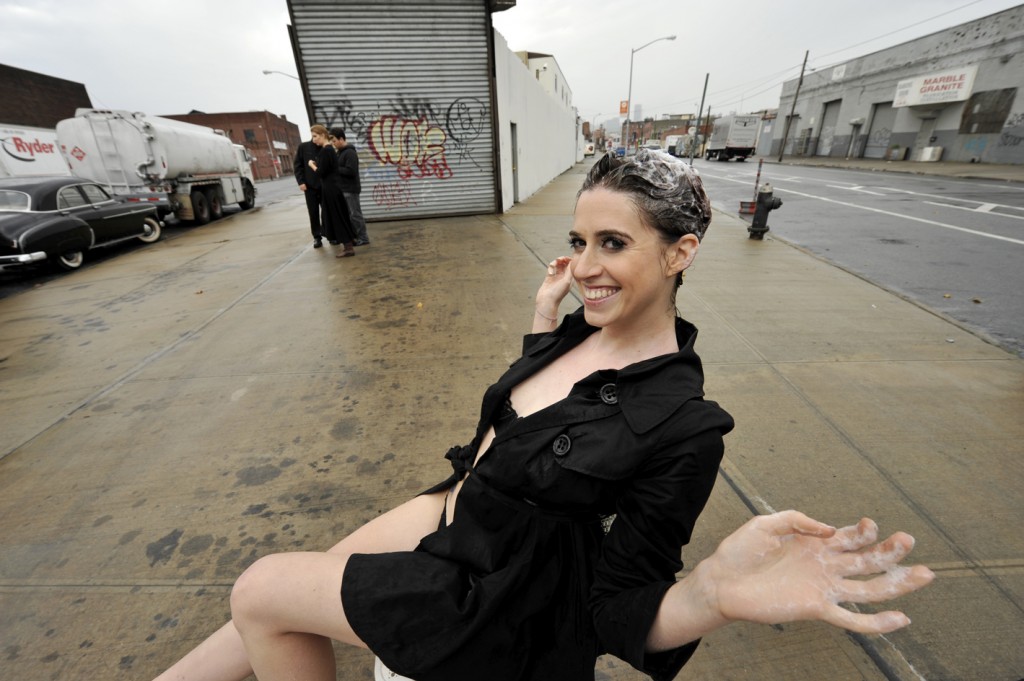 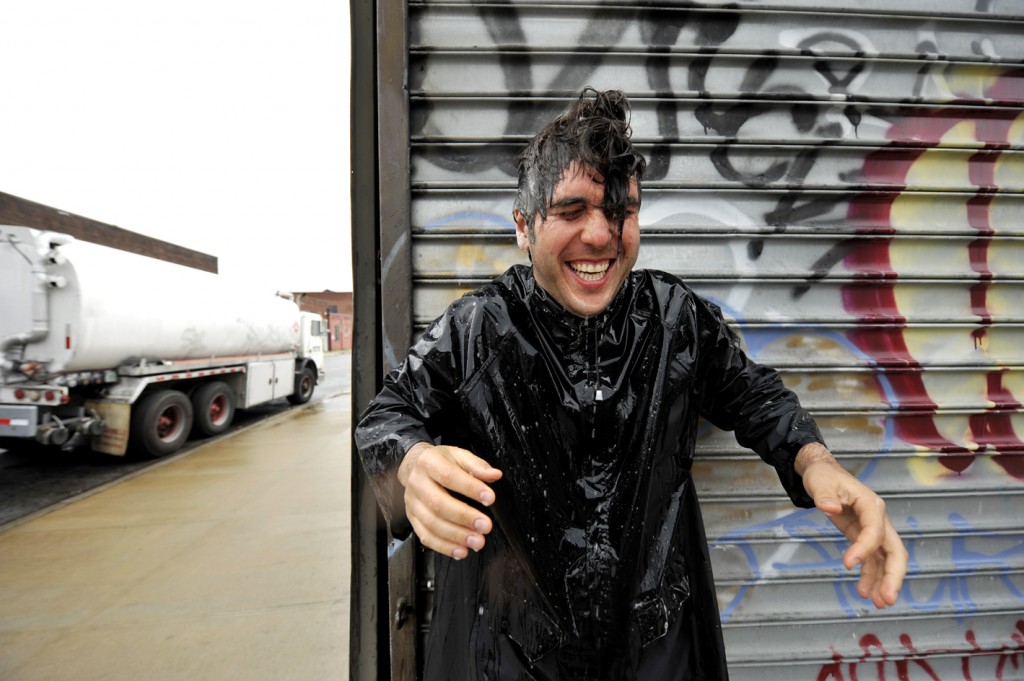 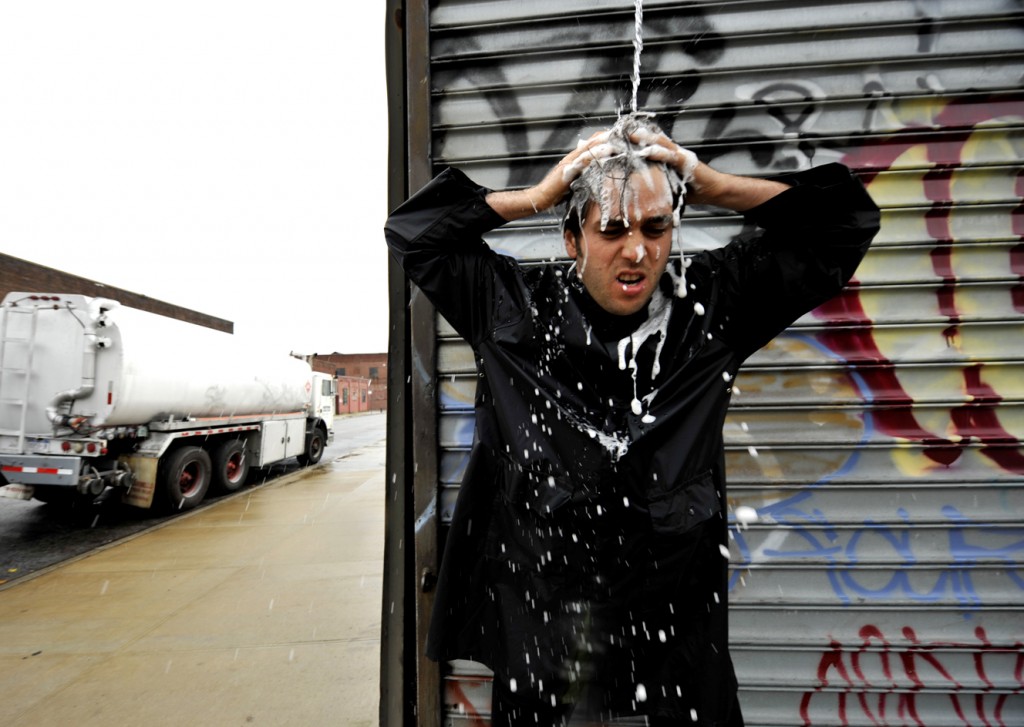 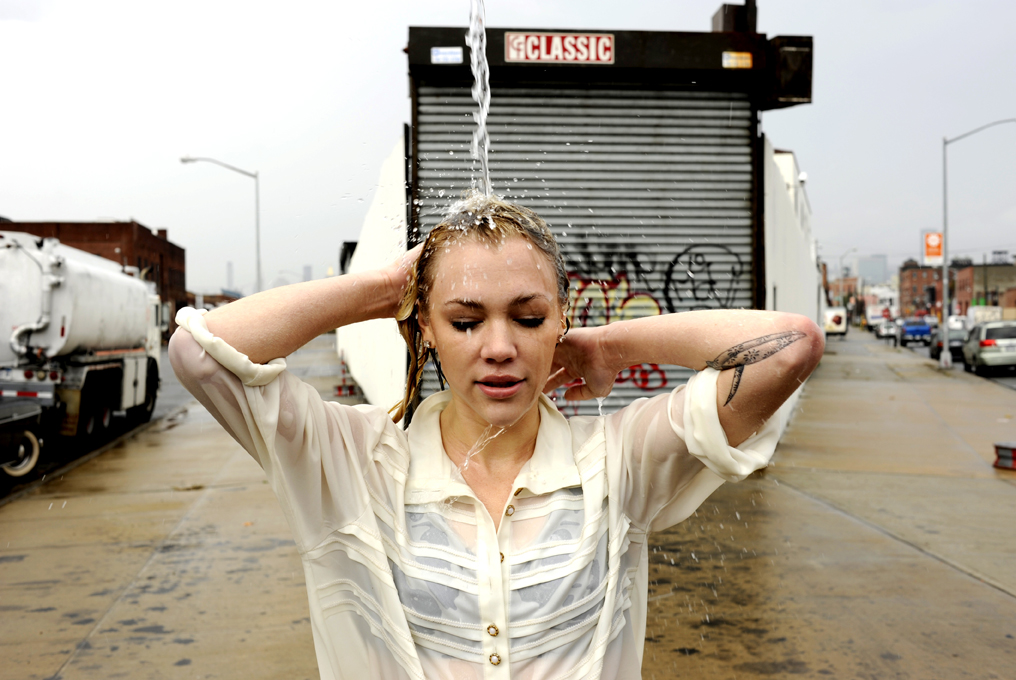 FOR THE FULL WINTER 2010 ISSUE CLICKHERE.