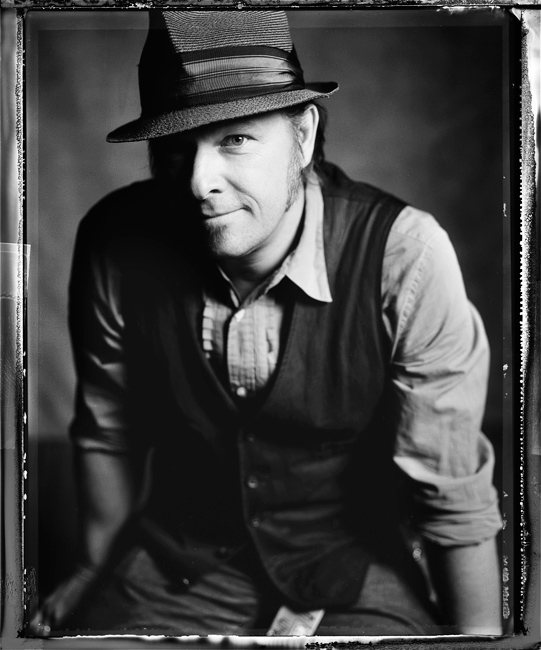 Tricks of the Trade: Danny Clinch

By Feifei Sun I Photo by Kevin Faulkner

Danny Clinch’s portfolio is a photographic documentation of nearly every genre of music. Green Day, Bruce Springsteen, Norah Jones, Jay-Z, Radiohead, Bjork, Faith Hill and Tim McGraw are just a fraction of the performers the iconic lensman has captured during his twenty-year career. After studying at the New England School of Photography in Boston for two years, Clinch attended a couple of workshops, including the Ansel Adams Gallery one where he met Annie Leibovitz. Shortly after, Clinch started as an intern for Leibovitz, eventually working his way up to an assistant position. The rest, as they say, is history, but Clinch insists his career had humble beginnings. “I was just a teenager who started taking my camera to concerts,” he said. “I always loved music and photography, so I thought, maybe I could combine the two.” Here, Clinch shares his tricks of the concert photography trade.

“If you want to tell the true story of a show, you deal with the lights that you’re given,” Clinch says. “The most important thing is to catch the vibe of the show. If you kill ambient light with flash, you’re not catching the vibe. I’m not anti-flash and I think there are people who use it well, like Charles Peterson—there’s always an exception to the rule. But if Trent Reznor is playing the whole show in silhouette, then cool, I’m going to go with that.”

Appreciate the Down Time

“I love the shots of singers screaming into the mic like anyone else,” Clinch says, “but rather than having that moment, I want to be the guy who caught the moments between sets, when Bruce Springsteen whispers something in Little Steven’s ear and they have a little laugh. A lot of photographers put down their cameras when the bands aren’t playing and wait for them to come back up. I like the down moments—you get something of a surprise…something a little different.”

After shooting for more than two decades, Clinch says he knows just about every guy who works security for various bands and venues. “This business, just like any other industry, is about cultivating relationships. You’ve got to get to know every one of the band members, but also the band’s manager, agent, and publicist.”

“A lot of photographers want to get the pictures they took to band members, and that’s important,” Clinch says. “But don’t forget the publicists who hooked you up and got you in to shoot. Why not give a print of the show to them with a note that says you appreciate their help? And maybe not next time, but maybe five times down the road, they’ll ask you to come shoot at sound check, and then you start getting access to something special.”

“The biggest mistake I see new photographers make is being too aggressive and setting the tone that you’re difficult to deal with,” Clinch says. “There’s a fine line between being properly forceful and being an ass. You have to know when to draw that line because people talk, and once you cross it, everyone will just remember you as the guy who’s a pain in the ass.”

When he first starting shooting concerts, Clinch struggled to define himself as a photographer and to solidify his style. “Bring a unique point of view,” he recommends. “You have to think about what makes you different. If you don’t have a different point of view beside getting the guy singing into the mic, you won’t be any more interesting than the photographer next to you. Figure out what makes you the photographer you are. Don’t focus on how everyone else is doing it. I personally like to shoot with a wide lens and be right in the action—I’d rather be right in Dave Grohl’s face. I like happy accidents. I like pushing my film so it’s really grainy and dirty. And that’s what makes me who I am.”

GET THE WHOLE WINTER 2010 ISSUE HERE