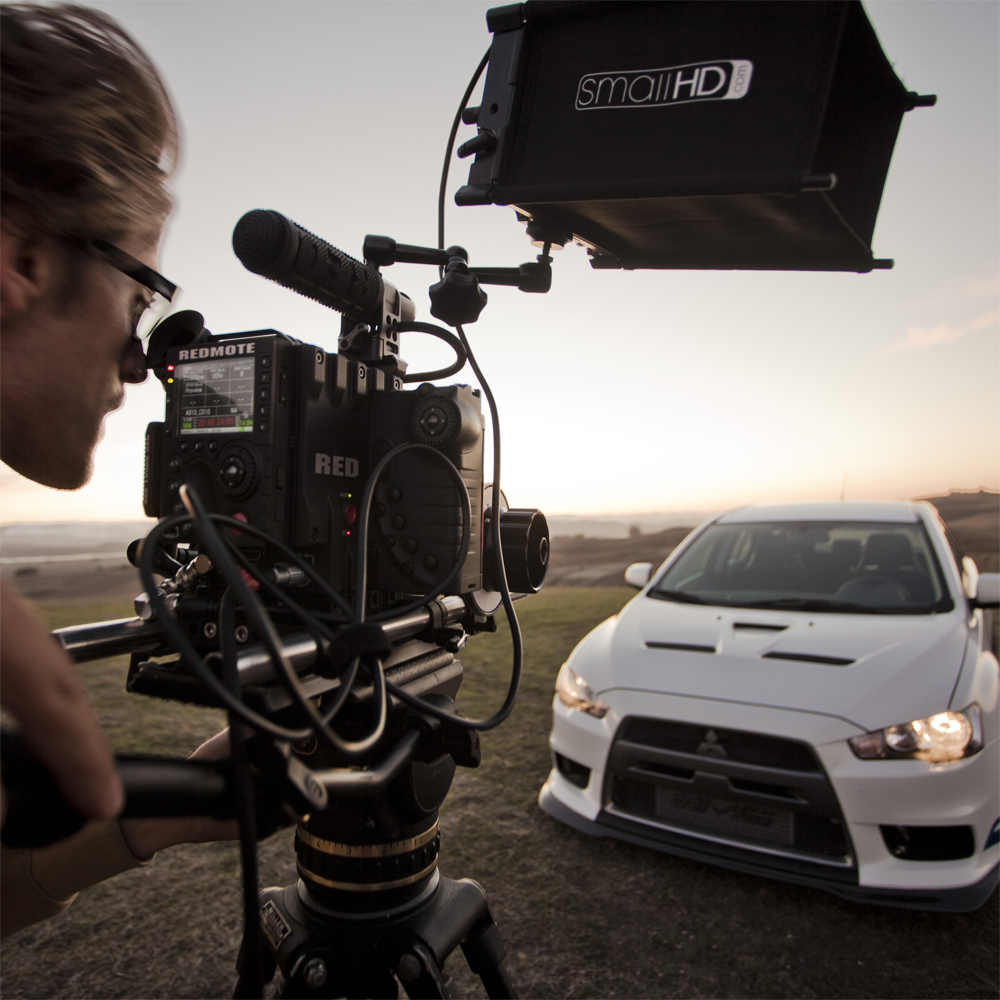 From the start of his career over three years ago, Ryan Gates has been building his own pro-model street car. Since the day he bought his own Mitsubishi Evo X, every race he won and every sponsorship he gained was another small piece in its development. Finally, a car modeled after his Evo X, the world’s fastest Evo X, is up for grabs; the 311RS. Looking to unveil this new monster with more than just a tweet, Gates asked Colt Seman and Jonny Zeller of Film Matters to help him tell the story.
For a car with a custom Etnies interior, an engine that AMS stole from the future, and vanity “311RS” Girodisc rotors, Film Matters couldn’t afford to go small. Thanks to Snaproll Media’s helicopters, Hot Rod Cameras providing some Panasonic Lumix GH2s hacked with their PL mounts, and CineToys’ GearNex gear heads, small wasn’t a problem. Throw in Mole-Richardson’s as-yet-unreleased LED singles, a few GoPro Hero 2s, and enough F-Stop Gear packs to keep it all safe on track and you’ve got a production worthy of the 311RS. Did I mention it all happened at Infineon Raceway in Sonoma, CA? Check out 311RS.com for news, updates, and of course the short film “The 311RS Project,” coming soon.
-Tim Frazier

A few weeks ago, Jonny from Film Matters contacted me about his upcoming film production: The 311RS, when he mention that there was going to be two RED EPICS on set, I instantly said that I was interested and would do whatever I could to be there.

Being on this set was by far the most exciting and fun shoot I have ever been a part of. Filming the behind the scenes and being able to see what goes into a production of this level was simply amazing.

Also with the F-stoppers behind the scenes contest going on, I thought this would be a perfect opportunity for me to create a behind the scenes video that would be both interesting and give people a brief overview of what goes into a production of this level.

Hope you all enjoyed this behind the scenes video!

The actual video by Film Matters should be out by early December!