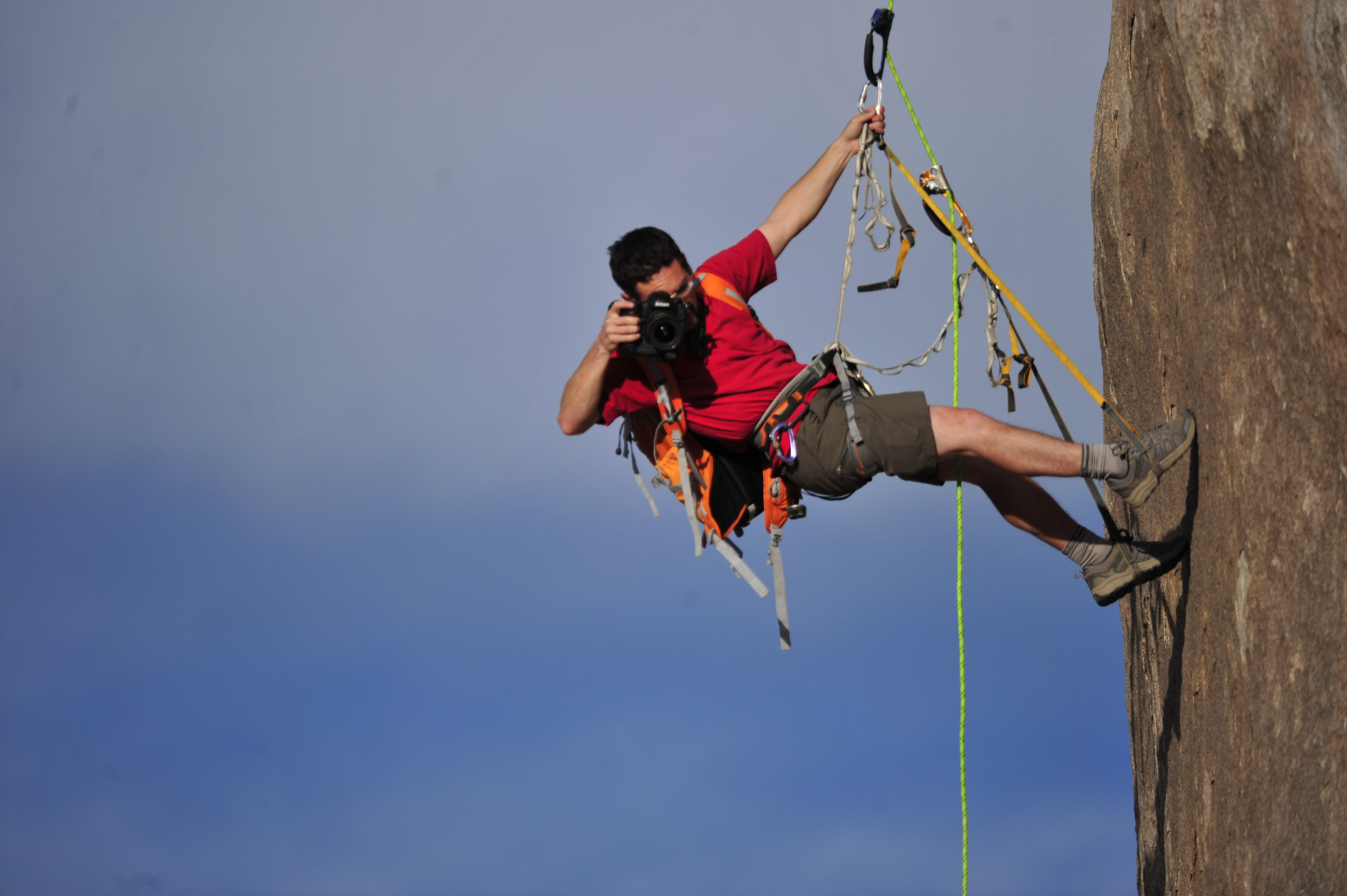 At the young age of thirteen, Corey Rich’s passion for photography was born from his interest in rock climbing. After winning a pull-up contest at his junior high school, a teacher invited him to go on a weekend rock-climbing trip. Rich was hooked immediately, enraptured by both the mental and physical challenges of the extreme sport. He found himself with the desire to capture the stories of these weekend excursions. “I borrowed my father’s SLR camera and realized almost immediately that it wasn’t about having the right tools, it was about how you used that tool. It was what happened inside my head that made powerful pictures,” Rich said. His dedication to documenting the sport brought him into the world of adventure photography, working with some of the world’s biggest publications (think Sports Illustrated, National Geographic Adventure, or The New York Times Magazine) in the most extreme conditions.

Rich began his career in adventure photography nearly twenty years ago, and has recently started to work in film as well. Rather than categorizing himself as working strictly with one medium or the other, he first and foremost considers himself to be a visual storyteller. “I like to communicate stories that have a beginning, a middle, and an end,” he said. “Rarely, for me, is it just about a single image. What piques my interest is telling more complex narratives, and that’s really been the case since the very beginning.”

In order to focus his energy on the story and on being creative, Rich relies on the best tools available on the market. His liveBooks website is one of them, he says, “liveBooks has done the hard work of building the platform, doing all of the hard thinking about what makes a great website. They’ve done the problem solving so I can focus on the important part of who I am as a photographer.” The ability to utilize these online communication tools in order to share his work with the widest audience possible is important to Rich: “If you’re not online, you’re essentially putting nails in your coffin.”

Rich’s most recent short film, WHY, is the result of his opportunity to work with the prototype for Nikon’s D4 camera. “Occasionally, there are just these dream phone calls, ones where you have to pinch yourself,” Rich said of the day Nikon approached him about the project. He was given a blank canvas on which to create a short film as well as still photos that would illustrate the capabilities of the D4. After mulling over a few other concepts, Rich settled on WHY, which showcases extreme athletes in their elements. “It was an opportunity to get inside the heads of some of the most elite adventure athletes and try to understand what it is that drives and motivates them to push their limits, day in and day out,” Rich said.

WHY tells the stories of three extreme athletes: kayaker Dane Jackson, rock climber Alex Honnold, and long-distance mountain biker Rebecca Rusch. Filmed exclusively with the Nikon D4, WHY features both interviews from the athletes as well as footage of them in action. “The question ‘why?’ always fascinated me,” Rich said of the concept for the film. “It always intrigues me to sit and listen to their motivation, to see how they operate, to try to understand what the world looks like when looking at it with the set of filters that they have on their eyes. I think the rest of us learn a lot by getting close to their mindset, their philosophy, their methodology towards life.”

In retrospect, Rich admits that he may have been a little overly ambitious in terms of what he and his crew could accomplish in under a two-week period. WHY was filmed in three distinctly different geographic locations, due to the nature of the three athletes featured, and there was a huge amount of variables for the crew to consider. “These aren’t actors in film sets or in studios. These are some of the most elite athletes on the planet. These guys were doing very cutting-edge activities on camera,” Rich said. In order to travel among and film in three locations (Veracruz, Mexico, Joshua Tree Nation Park, California, and Moab, Utah), each day on set followed a very tight timeline. “Our schedule was essentially: the crew would travel for a day, show up at a location, spend a day scouting and preparing, doing logistics and getting ready, and then two days of shooting,” Rich explained.

ABOUT THE NIKON D4

When Rich proposed WHY to Nikon, the company felt the film was a perfect fit for their new camera for several reasons. First, the D4 is the first DSLR that allows the filmmaker to monitor sound real-time. “A lot of the past camera-release videos tend to be visual montages to music. This on the other hand was going to be a lot of speaking. We were going to hear a little bit of natural sound, but this was going to be an interview-driven film,” Rich explained. The D4 allowed Rich to record those interviews direct to camera without having to use external recording devices. Second, the fact that WHY features adventure sports was key to showcasing the D4’s abilities. “It shoots ten frames-per-second in still photo mode, and in video mode it’s the most robust features set of any DSLR on the market that shoots video,” Rich explained. “Everything from 24 frames-per-second in full HD to 60 frames-per-second, which allows me to shoot slow motion in HD.”

On the sets of WHY, Rich had three of the D4 prototypes available to him. “The reality was, we’re working with prototypes, they’re not production models, they’re handmade, we’re not sure if the cameras are going to work—the stakes were fairly high,” Rich said of the nerve-wracking experience of working with prototype cameras. He put his hands on a D4 the night before he left for WHY’s first shoot in Mexico, which left basically no margin of error for trying to work out the systems.

In terms of why he thinks he was selected by Nikon to help launch the prototype D4, Rich said, “I probably fit into a unique category amongst professional photographers and filmmakers. I work in some of the most wild places on the planet and, in turn, push the cameras to some of their greatest limits.” After shooting WHY and still photos that illustrated a number of the D4’s abilities, along with How of WHY, a behind the scenes feature, Rich is confident that the D4 is “one of the most versatile, robust cameras on the market at the moment.”

HOW of WHY from Corey Rich on Vimeo.

I have often said, if I wasn’t a filmmaker and photographer, I would be a teacher. There’s great satisfaction in sharing knowledge & experience to help spark the creative fire in others.

When Nikon approached me to be a part of the D4 release project not only did they ask me to produce a video and stills, showing off the attributes of the new camera, they were also looking for a behind the scenes video spot detailing how “WHY” came together. This was an amazing opportunity, as it allowed me to simultaneously be both a filmmaker/photographer and a teacher. Though this meant everyone in the crew had to work twice as hard, especially Dane Henry. Capturing the action behind the scenes became just as important as the hero footage and stills. “HOW of WHY” is a great illustration of everyone’s hard work and ability to multitask, plus proof that we all had a lot fun along the way!

In this spirit, now is a perfect opportunity to thank the key teachers that shared their knowledge with me. Thank you Bob Porter, George Egbert, James DuPratt, Jim McNay and Greg Lewis – I am forever grateful for the time you spent helping me to find my passion for adventure and storytelling.

For more detailed information on the production of “WHY” & “HOW of WHY” and the Nikon D4, check out our blog and the Nikon Professional Services Global site.

THE FUTURE OF RICH

Currently, Rich’s work is close to fifty-percent film and fifty-percent video. “I think our industry is transforming where clients who are historically just still photography clients are growing into the world of needing motion. A lot of that we can attribute to the web,” Rich explained. Companies are no longer dependent only on print, but on the Internet as well, where motion is possible. “You want motion. You want stories. You want compelling content.”

With his own online presence developed by liveBooks, Rich finds that he has more time to commit to this growing interest in film because he doesn’t have to work on his website. “The site functions well, it looks good, the servers are reliable, and the customer service is solid. That allows me to focus on work and being creative,” Rich said. His liveBooks site also helps him to get his work out to the widest audience possible. “I think liveBooks is a very forward-thinking company in terms of their ability to combine different social platforms,” Rich said, referring to the integration among his website, Twitter, Vimeo, and blog. “It allows me to be dynamic.”

Rich is excited to begin telling motion stories with longer-format, more complex films. “I don’t want to go down the road of the conventional Hollywood model,” Rich explained. “I want to tell more complex stories that are more sophisticated, but with smaller crews where our footprint is lessened.” For Rich, it’s all about building the right set of talented individuals to work with. He sees these smaller productions as a big part of his future, “where you build teams of just the right people, with the right motivation, with the right talent, and just the right set of tools, where the focus is on creativity and storytelling.”

To view Rich’s work, including WHY, visit www.coreyrich.com.

Some Images from the D4 Project 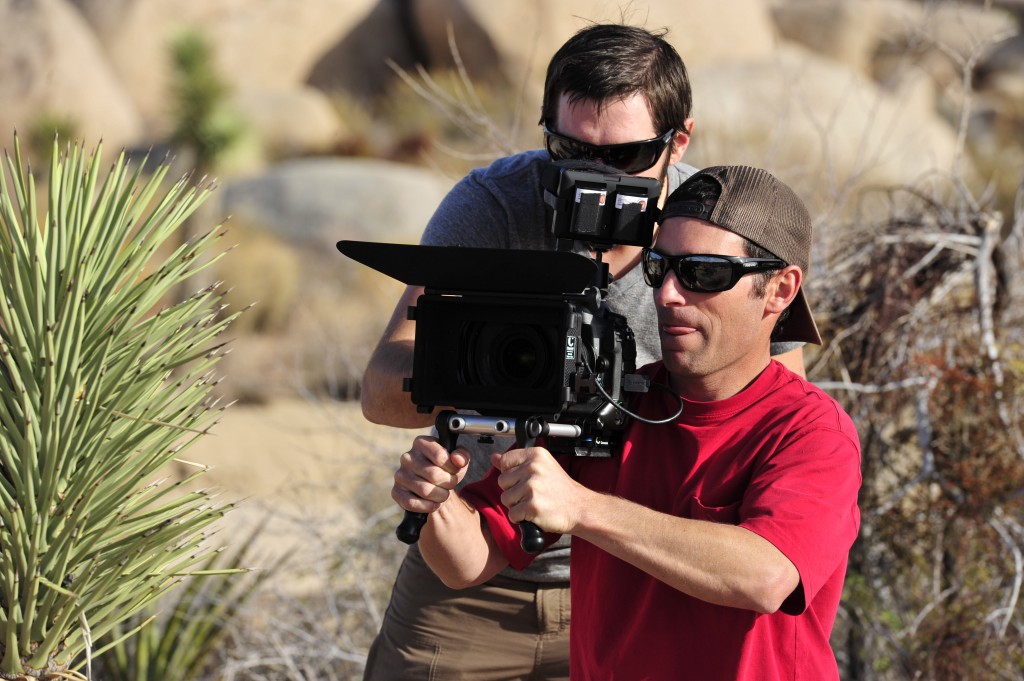 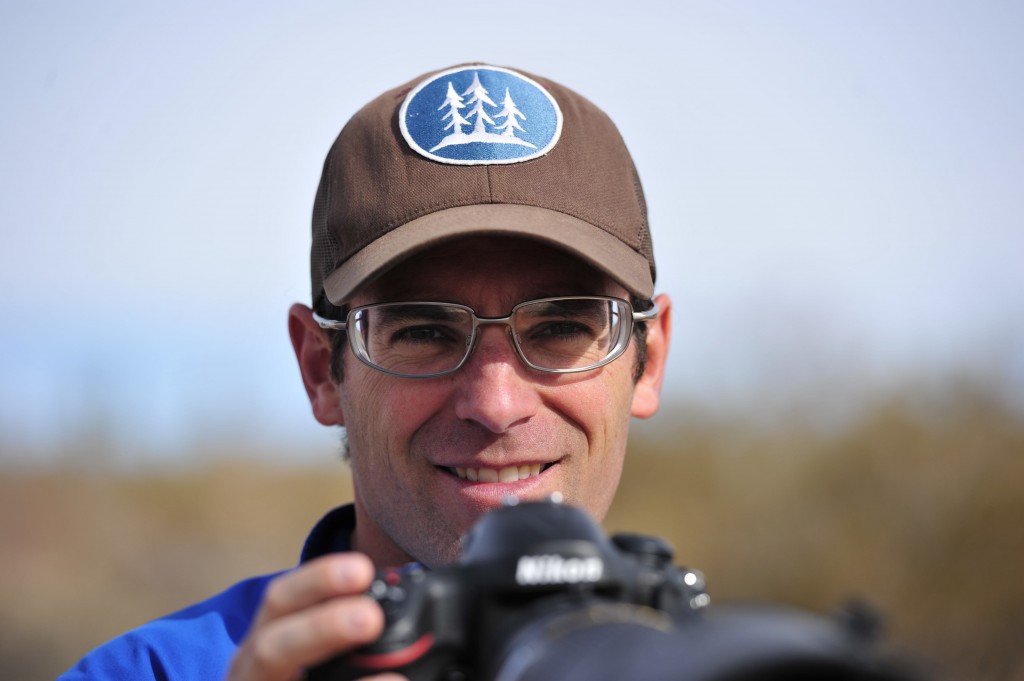 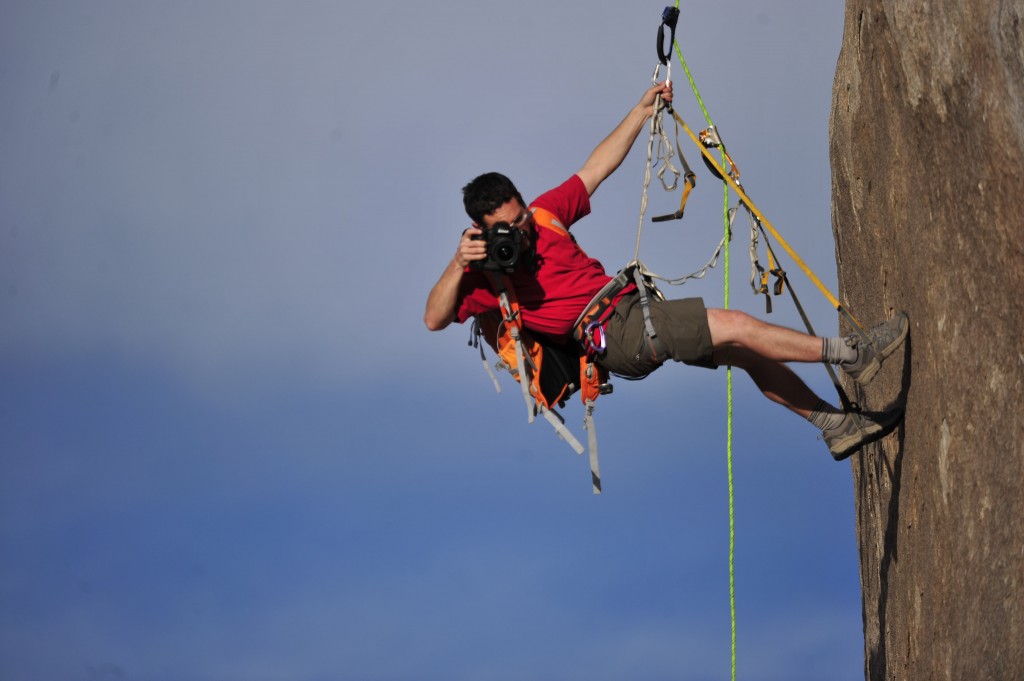 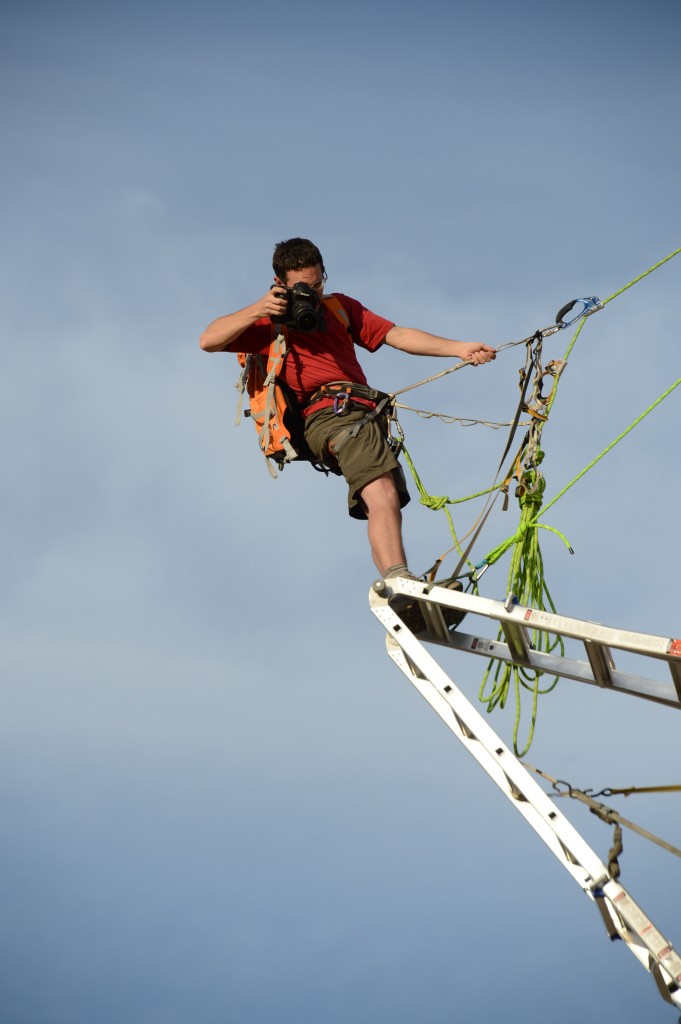 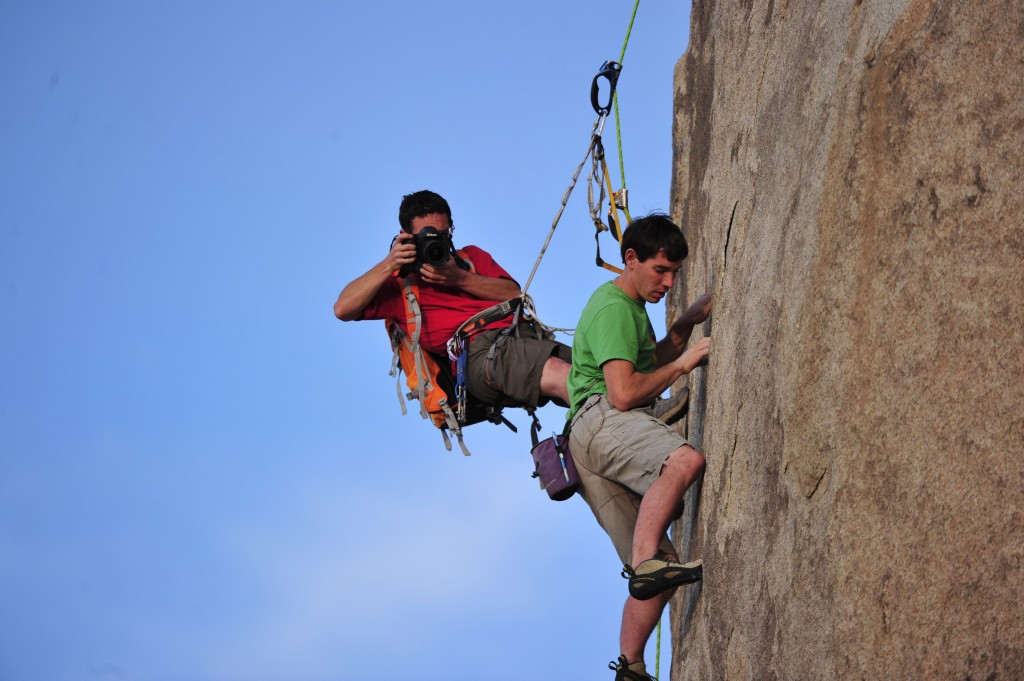 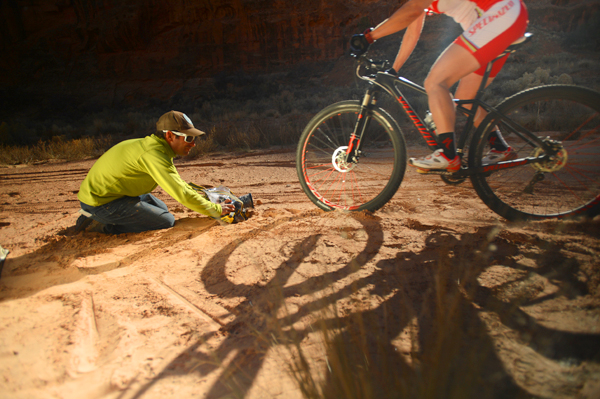 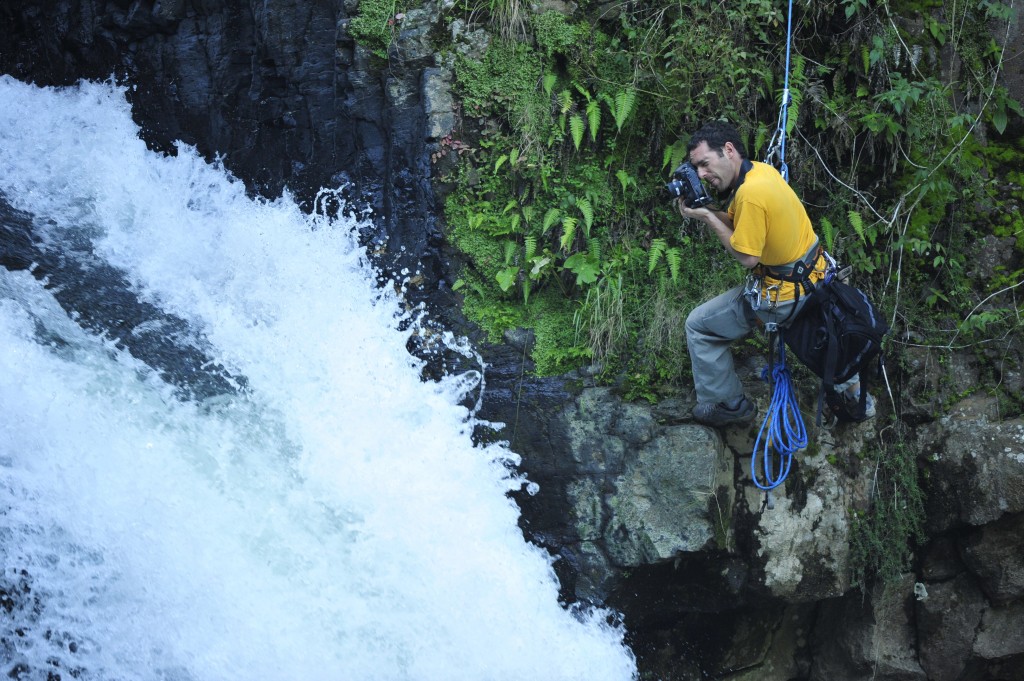 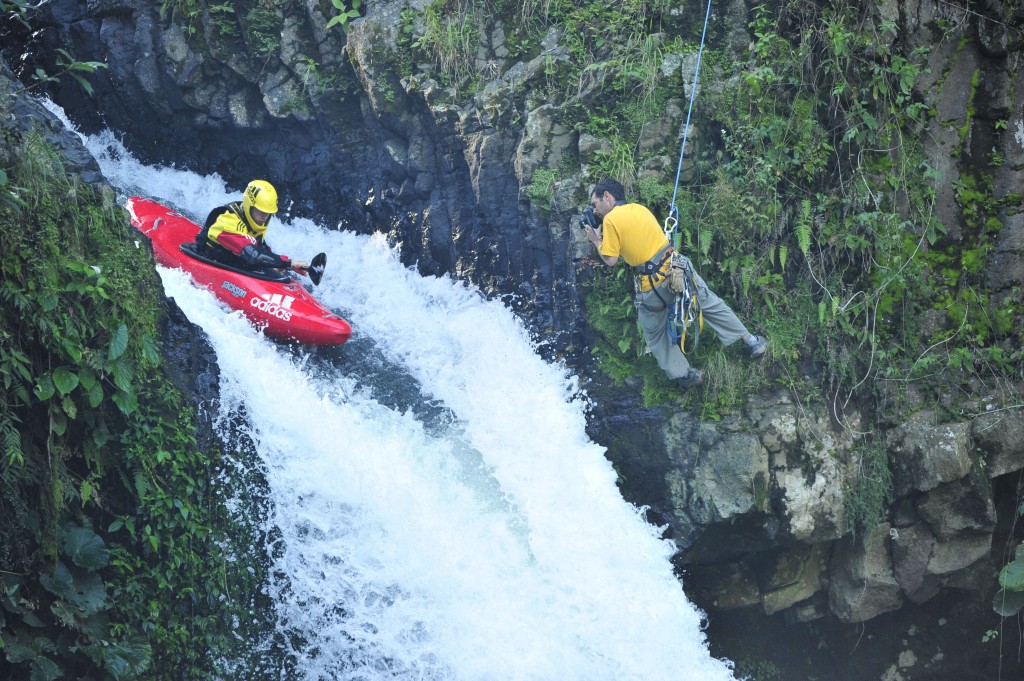 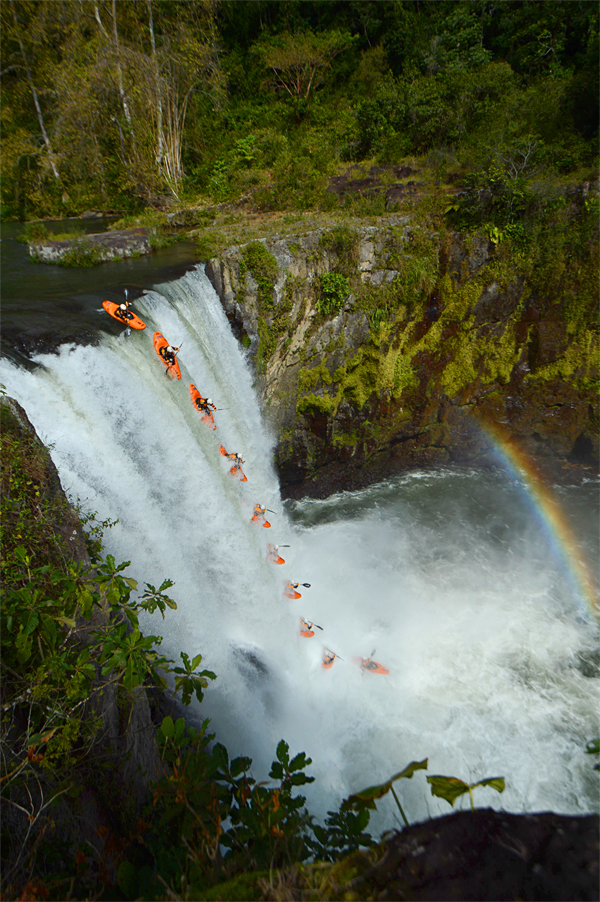