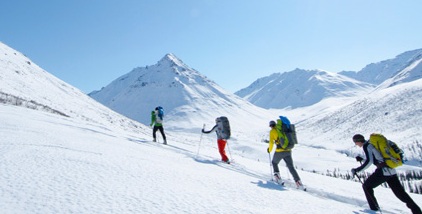 Corey Rich is known for traveling to remote locations and documenting some pretty extreme feats. Last year, Corey and a hand-picked team went to the Arctic Circle to attempt an ascent of a granite wall located in the Arrigetch Peaks. Using a Nikon D7000, Corey and his crew shot a behind-the-scenes video of their climbing adventure.  The film includes scenes of the team skiing the 20 miles from the drop off point to the base camp, the first ascent climb, and being retrieved by the pilot on a melting landing strip. The ascent attempt, while quite risky, is simply stunning to watch.

The result of the team’s hard work is titled Deep North: The Story Behind the Story, and it’s both an educational and entertaining look at the almost barren Northern Alaskan landscape and the difficulty of climbing some of its peaks. Friend and creator of the Discovery Channel’s hit show Flying Wild Alaska, Tommy Baynard, even featured Rich’s climbing expedition in a two-part episode, which aired last December.