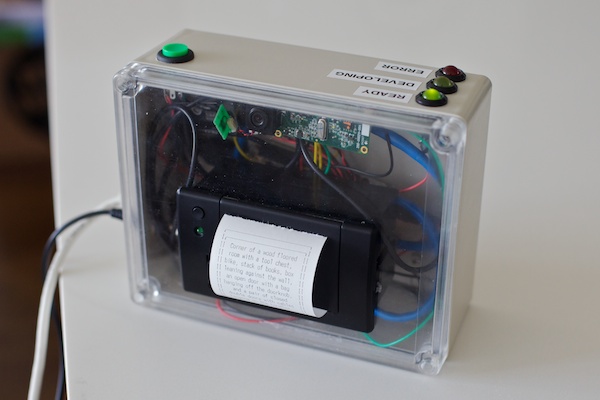 “A picture is worth a thousand words.” Now this figurative statement has become literal with the creation of the “descriptive camera.” This new technology captures a photo and transcribes into words the scene. For example, if this camera were to take a photo of Times Square on a Friday night, it probably would read: “This picture depicts streets with tons of people and bright lights.”

The creator of this innovative technology is Matt Richardson, a student at New York University’s Interactive Telecommunications Program. It was created out of an idea for the program’s project as a prototype in Richardson’s Computational Cameras class. It contains a “USB webcam and thermal printer attached to a BeagleBone Linux board,” which controls the device’s functions as well as connects it to the Internet through an Ethernet cable. 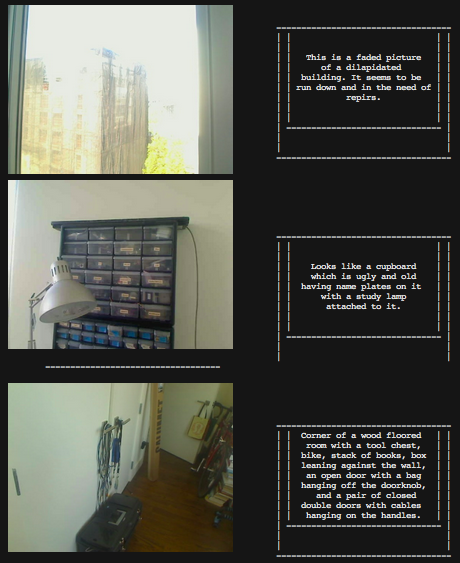 Once the camera takes a picture, the image is transferred to Amazon’s Mechanical Turk API “which submits the task to human workers on the Internet” to “create a crowd-sourced description of the photo’s content.” The overall process takes three to six minutes and ends with a thermal printer processing the words onto a piece of paper.

This invention is not up for sale just yet, so you’ll need to satisfy your curiosity with watching the video. See the translation from picture to words occurs, without a pen.