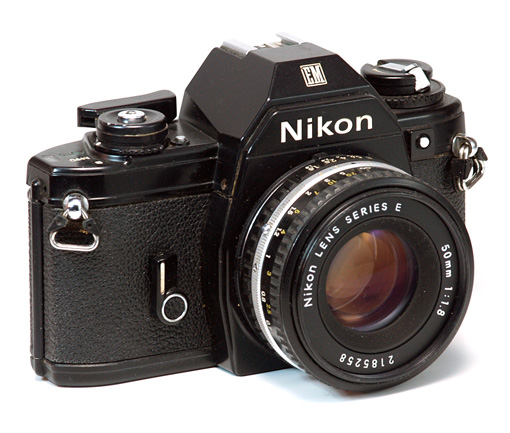 Do you remember how photography changed your life?

Anyway, it’s been two weeks since my introductory column and with all the smartphones, apps, HDSLRs, video cameras, computers and general gadgetry out there I find it hard to believe that no one has sent any questions in. Well, I’m turning the tables on you: my turn to ask the questions. Of course you’ll have sit through the story behind my question first.

Like many of you, I’m sure, I was always the kid running around with a video camera or snapping photos at family events. From a very early age I took a keen interest in photography. As early as 8 or 10 years old I remember loving looking through the lens of the various inexpensive 35mm or 110mm Instamatic cameras that littered my parents’ house. When I was 12, my grandfather decided it was time to pass on his old camera to me. Enter, my first Nikon. The Nikon EM was a pretty simple camera. No bells and whistles. It was a new design for Nikon. Super light in weight and on features, with 3 settings: Auto or AE mode, M90 or manual at 1/90sec and B. He gave it to me with a 50mm Nikkor and a 70-210mm Vivitar lens. The second that camera touched my hands something came over me. I felt the adrenaline rush through my veins as I looked through the viewfinder for the first time. Like generations of photographers before me I saw the world in a different light. I had to capture everything. I had to show people what I saw. I had to travel the world and put it all on film for generations of people to see even after I was gone. I was convinced that National Geographic would be calling any day for my services.  The out of focus photos of a sparrow from about 200 yards away begged to differ—no matter, I was hooked. 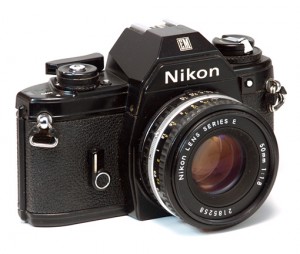 At 13 or 14 I took to “borrowing” my mother’s DSLR, a Pentax Program Plus, on a regular basis. However, my mother, being the avid enthusiast photographer that she was, found it to be somewhat, how shall I say it… “annoying,” yes that’s it. She found it annoying that her prized camera was always missing. This battle raged on for a few weeks until she eventually accepted the fact that my obsession was, at best, healthy and she should support it. (That is until I told her I was going to photography school at 19 and she lost her shit, but that’s a story for another time.) 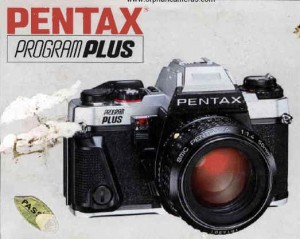 Anyway, this thing was the shit! Lenses, flashes and accessories, with which I had no idea what to do, but it was all there. It also offered me fully manual settings that allowed me to gain more control and really sink my teeth into how the art of capturing light worked. Around the same time an uncle gave me his entire darkroom set-up, and I got a part-time job after school and weekends working at the local photo store and portrait studio—this is when the real education started. I was spending hours in the darkroom (or “bathroom” as my parents called it). After school I was selling cameras and film, and delivering photos to anxious customers. The look on their faces when they opened that envelope full of printed images will forever be engrained in my mind; it is by far one of my fondest memories. Watching people relive important, life-changing moments—their children growing up, crying when they came across a photo of someone that had recently passed… I was fortunate enough to realize at this young age that photography had the power to change people’s lives.

On weekends, I was assisting a portrait photographer, Linda Parken, in her studio. Loading Hasselblad backs, using broncolor lighting, Minolta color and light meters, but most of all I was learning the subtle art of communicating with subjects (thanks Linda, you were a hard ass but I learned so much). I had negatives and contact sheets everywhere, a stack of photo magazines 4 feet high and 3 piles deep, photos by Ansel Adams, Alfred Steiglitz and Avedon on my walls at home; my friends had cars, bands or pin-ups—I think my Dad was worried for a while but he definitely stopped worrying when I came home and told him I’d be working on a Playboy shoot. That was a very proud moment and another story for another time.

By the time I was 16, I was shooting for my school yearbook, helping my art teacher set up darkrooms and assisting him in teaching the photography class (big shout out to Dave Brown from CDCI East in Cobourg—I wouldn’t be here today without his constant support and notes to other teachers saying he needed my help so I could go and use the darkrooms at school). When I was 17, I started shooting for the local newspaper though a co-op program at my high school. Driving around with my mentor, Ted Amsden, we went everywhere in his shitty Ford Fiesta. Shooting, learning, and absorbing everything he told me. Dude had a ponytail and a photo vest—I thought he was pretty much as cool as Mick Jagger! This led to a full-time job as a darkroom technician and part-time shooter. That meant my own bag of gear with 2 Nikon FE2’s and a plethora of lenses. My favorite was the Nikon 180mm 2.8—to this day one of the best lenses ever made. It also included a pager, a police scanner, and many late nights waiting for something to happen. Photography was my everything.

That’s where I’ll stop, for now. There are a “few” more years to cover but they all include stories I want to save for later. My point is, photography was and still is my entire life. I know I’m not the only one. Photographers are a special breed. We are obsessed and often annoy our friends with the constant clicking of shutters capturing images of everything and everyone, but they always thank us after though. Without photographers, like the rest of the world, they would have no photos of that birthday party, the war on the other side of the world, random gatherings of friends, that day at the beach with your girlfriend or boyfriend, that magic wedding day, or any other special moment. We are who we are. We are photographers. We take photos. We can’t be changed. Nor do we want to be.

So here is my question. A couple of weeks ago I asked fellow photographers to post memories of their first cameras and the stories behind it. The first photos they took that unlocked that special part inside them that said, “I will do this for the rest of my life.” I’ve included a few of their responses. Now I encourage you to share your story as well. I want to read more and see some of these photos that changed the direction of your life. Like the people opening the envelopes with their newly developed photos, I want you to share your memories and feel what you felt the first time you held your camera and took the photo that would change your life forever.

I look forward to hearing from you. Cheers. My first camera was a little Canon Snappy S, that I still have. Mom gave it to me when I was in my teens. Couldn’t wait to save up for a Minolta Maxxum 3000i. 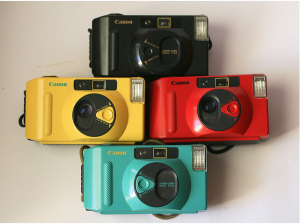 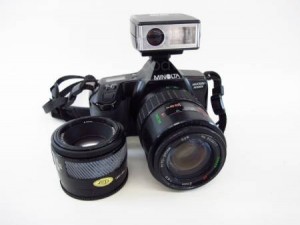 Pentax K1000…summer of 1988. Funny thing was i only started using it because I lost the election for student body president and was “appointed” as class photographer as a consolation…without ever having snapped a single photo in my 17 years of life. Enter my cousin Joel with his Pentax K1000 and a couple of weeks of summer vacation in Utah, and a career was born…. 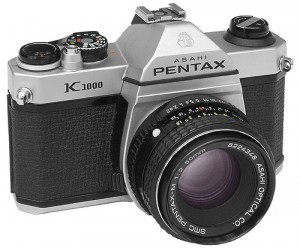 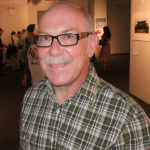 A movie locations scout handed me a Sony Mavica and a floppy disk. Instant amazement. 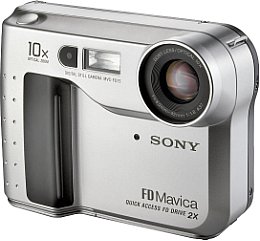 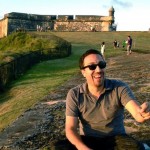 My first camera that convinced me to become a photographer was a Rollie 35S. I bought it a pawn shop on 6th Ave and probably overpaid, but I loved that camera. I still have it. 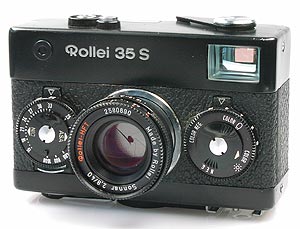 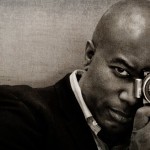 Oh wow. My first camera was a Pentax Honeywell. 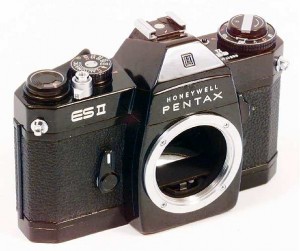 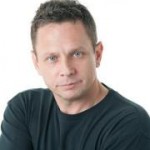 Nikon FM2 still belongs in my bag. But as to being a Photographer, that came from seeing the pictures of photographers like Don McCullin. 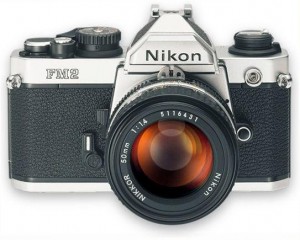 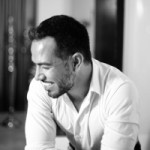 Canon AE-1. I went to New York on my own for the first time, heartbroken, and walked around the city taking pictures not knowing what would come out when I developed the film. I still use it as a prop with some of the models I shoot. 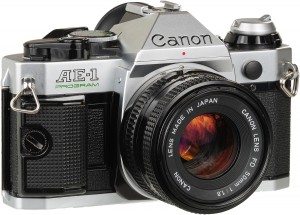 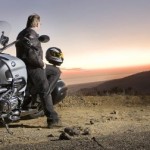 My first camera would be the Kodak Brownie Hawkeye (a birthday present) and I took a picture of my rocking horse. I was only 6; I was hooked then and am making my living as a photographer to this day (54 years later). 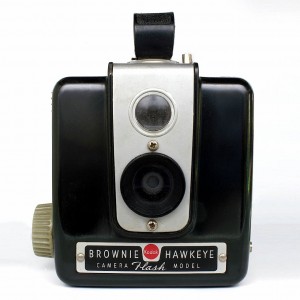 Email your questions to geek@http://resourcemagonline.com or send me a TWEET to @adamsherwin

Make sure to check out the tech section every quarter in Resource Magazine. 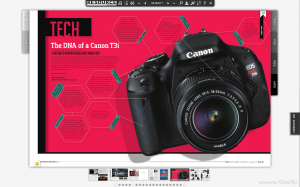