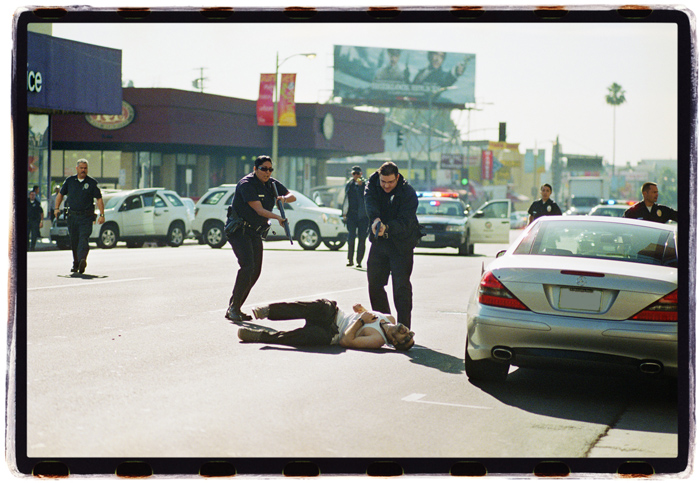 This week, the Hardhitta Gallery in L.A. is playing host to .45 Point Blank, a one-man show displaying the work of Gregory Bojorquez. Presented by Benedikt Taschen, the show is formed out of a collection of Bojorquez’s dating from 1992 to 2011. The feature piece, however, is a series of photographs taken during a shootout between a lone gunman and LAPD officers, a violent clash that left the gunman and a bystander dead. According to the press release, “The gritty, street-level work features the kind of grimy glamour that is Bojorquez’ calling card.  From Boyle Heights to Beverly Hills, Bojorquez ability to capture the essence of such a disparate group of subcultures signals a major photographic tour de force.”

The show will run until June 12. More information can be found at: http://spinlab.net/news/one-man-show-from-photographer-gregory-bojorquez-opens-saturday-june-9th-at-6pm-at-l-a-s-hardhitta-gallery/
[stumble]