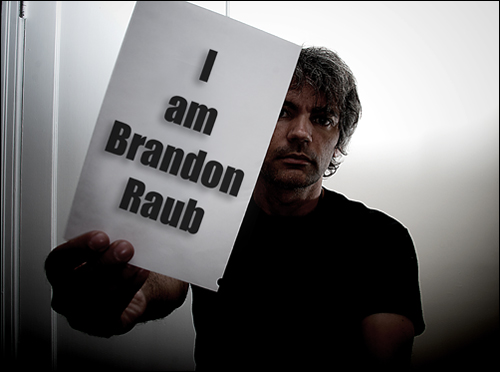 I AM BRANDON RAUB (and so are you) – Mitchell Parsons 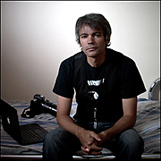 Have YOU ever criticized your government? Of course you have!

Brandon Raub, a 26 year old former Marine from Virginia who has served in Iraq and Afghanistan has been criticizing his on his Facebook page and it seems to have gotten him locked up in a mental institution in Salem for 30 days.

It was only last week that I was speaking about TrapWire, the extensive surveillance/facial recognition system being used by the government to keep an eye on us. This week I’m seeing articles about the NYPD investing $4o million in a new system called ‘The Domain Awareness System” for surveillance and Brandon gets arrested because of his Facebook posts. I say “arrested” though, from what I understand he was handcuffed and is being detained without ever been read is rights.

Are we THERE now? A heavily  surveilled, government spying, military police state, locking people up for speaking out against the government Orwellian world? A world where we rely on people like Julian Assange to tell us what are governments are really up to because our governments refuse and want to prosecute anyone who does.

The Attorneys for Brandon, The Rutherford Institute have published a full statement that you can see here
“The Rutherford Institute has come to the defense of a former Marine, 26-year-old Brandon Raub, who was arrested, detained indefinitely in a psych ward and forced to undergo psychological evaluations based solely on the controversial nature of lines from song lyrics, political messages and virtual card games which he posted to his private Facebook page.”

A recent statement from Brandon’s mother, Cathleen Thomas reads, “Latest Update~ I just spoke with Brandon and he has arrived at the Salem VA Medical facility. He will now be in the process of the “intake procedures/process”. I was told they will do an initial evaluation to determine where he will be placed inside the facility. At this point in time he cannot receive any phone calls. Once he is settled into a specific area and can receive phone calls and visitors we will share that information. Thank you for all your support and love, we stand indebted and so does you country.”

And a statement from Brent Raub, Brandon’s brother, “Big update on Brandon Raub. He being transferred to Va hospital in Salem. Close to Roanoke. Their Agenda is to hide him from the people. To complicate things for our Lawyers and to keep my family from being able to contact him. He will not be lost in the system!!! Spread this shit like wild fire!!! NOW!!!”

Who’s next? Protesters?
A recent article on thinkprogress.org
Tampa Authorities Empty Jail In Anticipation Of Mass Arrests At GOP Convention
“Thousands of Republicans from around the country will descend upon Tampa, Florida next week for the Republican National Convention, and if recent history is any guide, so too will hundreds of protesters.”

If history repeats, which it seems to, then we are in a dangerous time and as a protest sign I’ve seen lately said, “You have the right to remain silent, but I wouldn’t recommend it.”

Cathleen Thomas, “So no visitors for Brandon today, tomorrow shall be better. I admit, tonight I am angry. Angry at the bonds of my son’s freedom being held hostage. I implore you young men, hear the rally cry to protect the sacred jewel! Let this not be in vain.”

Let this not be in vain.

I am Brandon Raub
and so are YOU

and so are you

Mitchell Parsons is a freelance photojournalist preparing to be a war photographer.