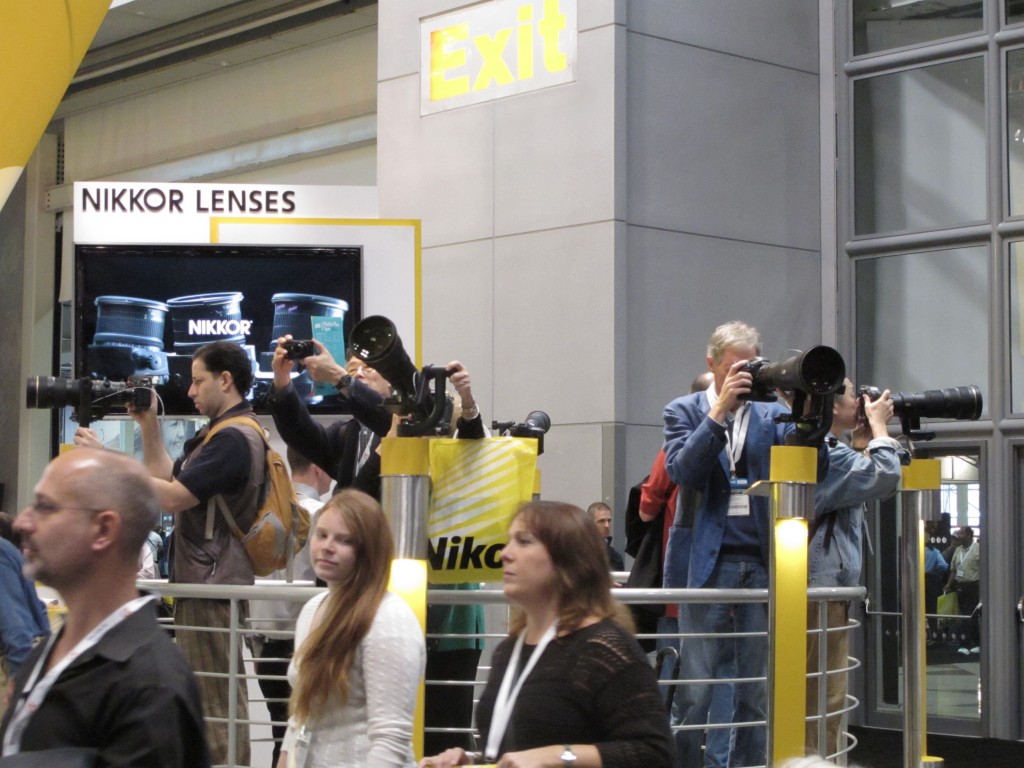 PhotoPlus Conference + Expo continues to be one of the largest photography and imaging shows in North America for the past thirty years, attended by over 24,000 professional photographers and enthusiasts during three days of 90+seminars, 250+ exhibits, and your-guess-is-as-good-as-mine-number of demonstrations. Located in the Chelsea neighborhood of west Manhattan, with its cavernous show-floor, multi-level expanses, and a series of ambiguous multi-use spaces known as, “terminals,” the 760,000 square foot Jacob K. Javits Center resembles an airport, and in many ways, well, really just metaphorically, it can be thought as one, hosting both transient visitors and transitory technology in equal measure.

must’ve been right about when Ansel had downed his 6th tumbler, from Stephen Shore’s talk

Professionals and enthusiasts commingle with manufacturers, service providers, retailers, industry icon-cum-business educators, and reps in an effort to know more about what they’re doing and how they should already be doing it, while also finding out what they will be doing and how they’ll need to be doing it later. Technically speaking, it’s a clusterfuck. It’s now become a general fact that photography is everywhere, but only at PhotoPlus can it be said that photography is everything. Registration costs you either $60 or $100, which I thought was a surprisingly inexpensive price for entering into the alternate world that is an industry convention. Appropriately enough, the expo’s first keynote speaker, Stephen Shore, spoke about, “Challenging Convention.” I’d naively hoped the topic would cover, quite literally, the challenges of a convention wholly devoted to an activity as ubiquitous, ever-changing, and culturally consuming as photography, but instead, Stephen begins his talk recalling a dinner he had with his good friend, Ansel Adams (no big deal), who after six tumblers of vodka, “said something I’ll never forget,” Stephen says, “I had a creative hot streak in the ’40’s and I’ve been pot-boiling ever since.” Not exactly an industry term, but coming from Ansel it nonetheless proved influential in Stephen’s life as a photographer. Additional highlights included a brief overview of his 3-year working relationship with Andy Warhol (no big deal), and his “spiritual kinship” to documentary photographer extraordinaire, Walker Evans. Ultimately, Stephen’s challenge to convention means having an approach to photography, not a method, and realizing, “it’s not about making beautiful pictures, it’s about exploring the medium.” It was a refreshing pause from technical jargon and business, but perhaps also, not the liberal arts humanities lecture PhotoPlus attendees come intending to hear.

at the end of Art Streiber’s talk

For that group, also known as, “the vast majority,” Art Streiber’s seminar, “The Big Picture: Editorial Photography Behind the Scenes,” sponsored by Digital Fusion, offered “next generation,” “industry revolution,” excitement. Emphasizing speed and access, Art demonstrated Digital Fusion’s web-based data asset management software, available in the cloud near you. Uploading images from on-set to client is becoming the new normal faster than you can say, “when.” In the coming days, I’m looking forward to witnessing how we all manage to get by….

not to be confused with an airport, the Javits Center