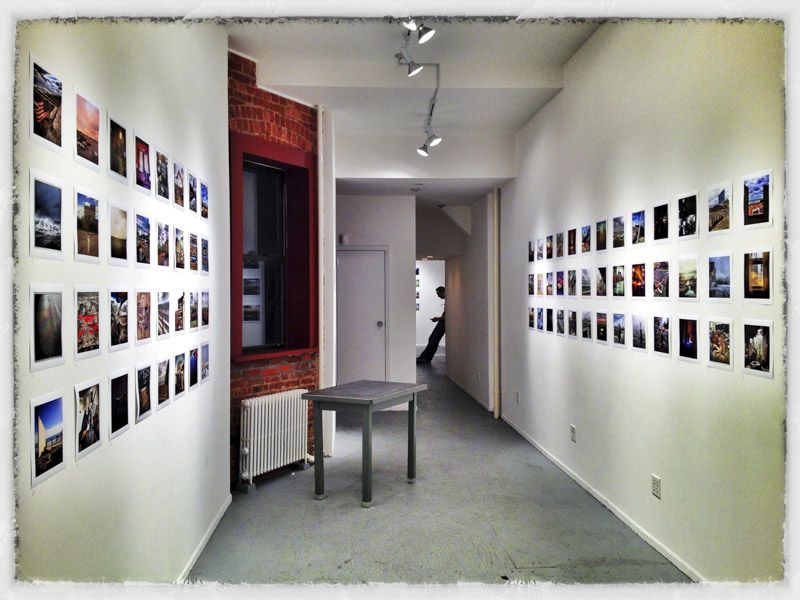 We talk about sensing the power of an image as we perceive it, but not often enough it seems do we actually witness it in action, which is why Resource got in touch with the creative team responsible for the Hurricane Sandy relief event known as, #SANDY. Wyatt Gallery–a photographer, not a place–was photographing the aftermath of the storm, when he realized the potential for an exhibition inspired by his pre-existing series, After the Storm, which chronicles the effects of the natural disasters that struck Haiti, New Orleans, and Sri Lanka. Shortly thereafter, TIME magazine’s article, Lessons from the Storm, which reported using Instagram photos, impressed iPhone photographs on Wyatt’s idea. After contacting his friend Michael Foley, of Foley Gallery, to host, Michael got in touch with Gotham Imaging’s Peter Berberian.

Within just a week, Gotham produced 150 10’’ x 10’’ prints of the online Instagram photo stream submissions, and Jun Lee, from Ogilvy & Mather, curated the resulting collection. Photographers included Ben Lowy, Ed Kashi, Stephen Wilkes, Ruddy Roye, Wyatt Gallery, Hank Willis Thomas, Michael Christopher Brown, Craig Wetherby, Yosra El-Essawy, Sam Horine, Nicole Sweet, Dylan Chandler, Brent Bartley, Stanley Lumax, Varenka Ruiz, Lyle Owerko, and Erica Simone.With an initial fundraising goal of $7,o00, prints were sold for $50 each, with all proceeds going directly to Occupy Sandy and Alison Thompson’s Rockaway Relief center run by Third Wave. Attended by an estimated 300 people, “The crowd spilled out into the streets,” Peter said. Equally exciting was how the photo community rallied behind the cause to help get the word out, to which Wyatt credits the 360 photographs that were sold online, and has amounted to the more than $21,000 that was raised. #SANDY is now subsequently looking for a publisher to produce a monograph of the photographs from the exhibition.