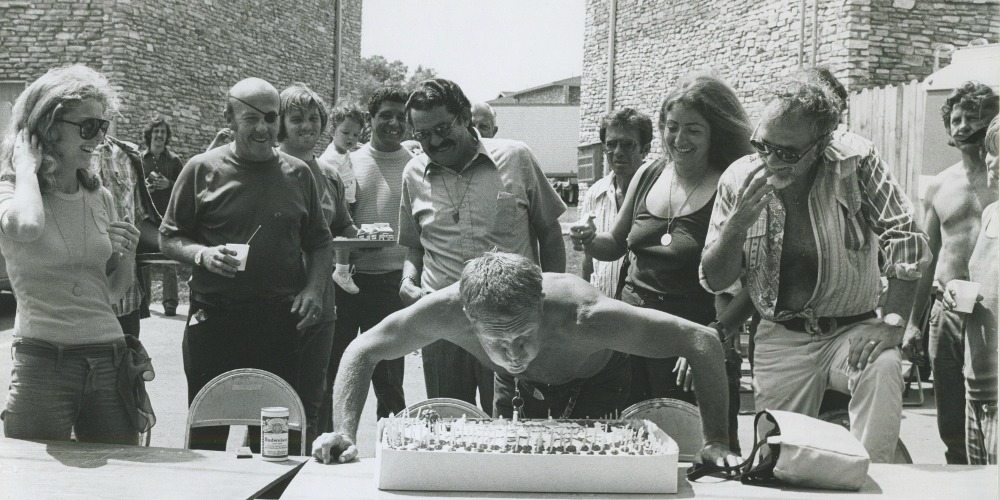 There is an undeniable attraction to old hollywood and the masterworks that have been produced in that time. Beyond the glamourous lifestyles of actors, directors and producers, there are hundreds upon perhaps thousands of grunt soldiers who are indispensable in the making of movie magic. James Udel is here to remind us about the guys who were largely responsible for the details in movies that matter so much to us. His book, The Film Crew of Hollywood, James gives us an unparalleled view into the behind the scenes action for some of our favorite movies. Take the behind the scenes tour with us into the American art form of great movie making.

At a young age, you started assisting in your father’s photo studio. Would you say that the journey of making this book essentially began at that point?

And what was it about those early years that gave you respect for the behind the scenes aspect of the business?

My dad was a special case. He was one of those World War Two guys who came out of that time and he had a wooden leg. He was injured when fighting in the Dutch East Indies. Long story short, he was a really talented photographer and he had a couple of sons. Back in those days when you had sons, they helped in your family business, whether they wanted to or not. In my case, I wanted to. So as a little kid, I would help my dad hump gear. I saw the connection to the sweat equity, of how hard this guy had to work to get the images he got. It made want to participate and be like him. 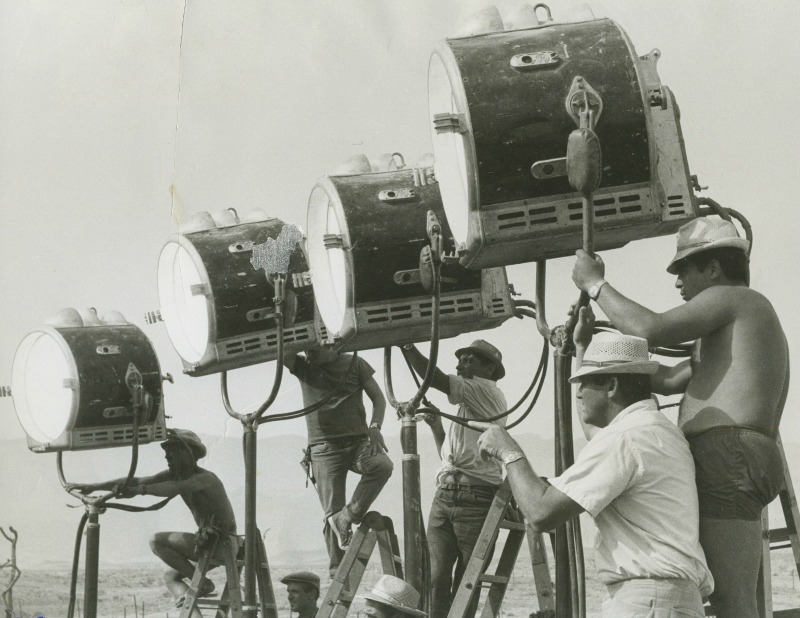 You focus on aspects of the industry that often go unnoticed. Was that a purposeful choice?

I think that came about because I had twenty plus years experience as a grip and as a still man and prop man. I saw a lot of below the line jobs and that’s an important phrase. Below the line guys never got proper credit for what they did or nobody knew who they were. They did these amazing projects and that’s what made feel that somebody had to look into this thing. These are the guys are really the foot soldiers in the movies that are being made. They’re unappreciated, they’re infantry. 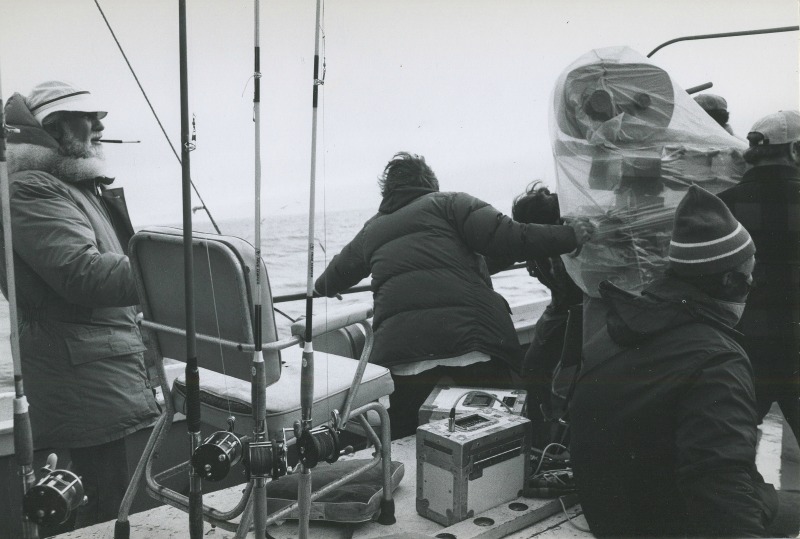 A certain level of detail is revealed through the different industry professionals you talk to in the book. Why was it crucial for you to represent layers of the film making process?

It’s important because you can’t explain to people who love movies and even people who don’t know movies, all the variants of skills, crafts, and abilities that goes into making a movie. It’s not just one guy cranking a camera and another guy saying lines. You have a hundred people out there who as an art form, have to form a synergy of action. If you’ve ever been in a group of people more than ten and try to get anything accomplished, you can well imagine how what a film set is like. You have this grand guy, the director, who is your leader and all eighty or ninety people serve the master, the director that’s trying to tell the story. Every single one of us, that’s our job on set, to do our best little nod, do our best little bit of wrench work to make that story told better. 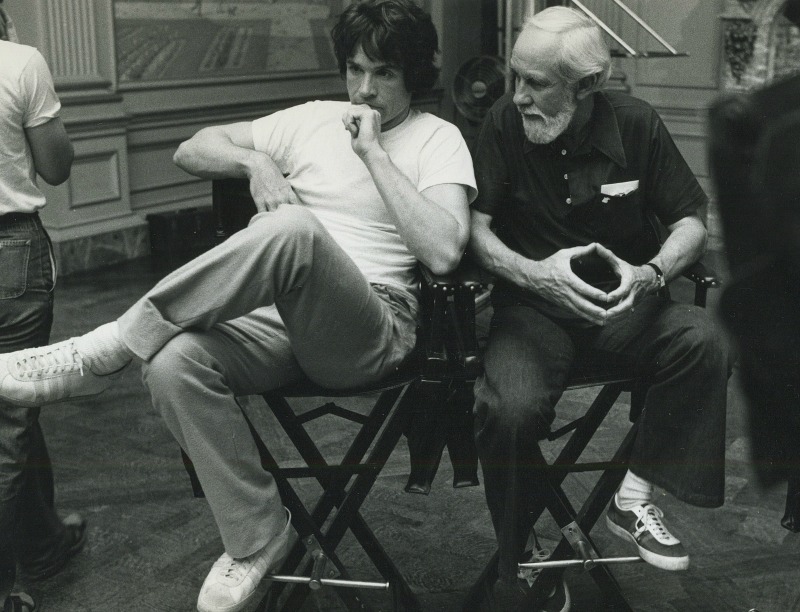 This is really a completely different way of viewing movies. What attracted you to this level of depth in the world of cinema?

I loved movies growing up as a kid and my dad would bring me to the movies as a reward for doing good work. We would go to see a major motion picture. It could be something like Lawrence of Arabia or The Guns of Navarone or Around the World in 80 Days, any of those kinds of films. My dad would point out shots to me in the films while we were watching them. He would say, “Look at that kid, look at that three quarter rendering. Look at that, boy that’s great. I would go home a couple of years later and see that movie on television and it got my creative juices flowing. Hey, there’s something behind the screen here. I’m not just watching television or just watching a film. There’s a whole bunch of people on the sides here making this all happen. That became my awareness and desire to start figuring this stuff out. I started catching onto the film crews and wanting to be a film guy, not just a still guy like my dad. I wanted to go the one step further into motion pictures. 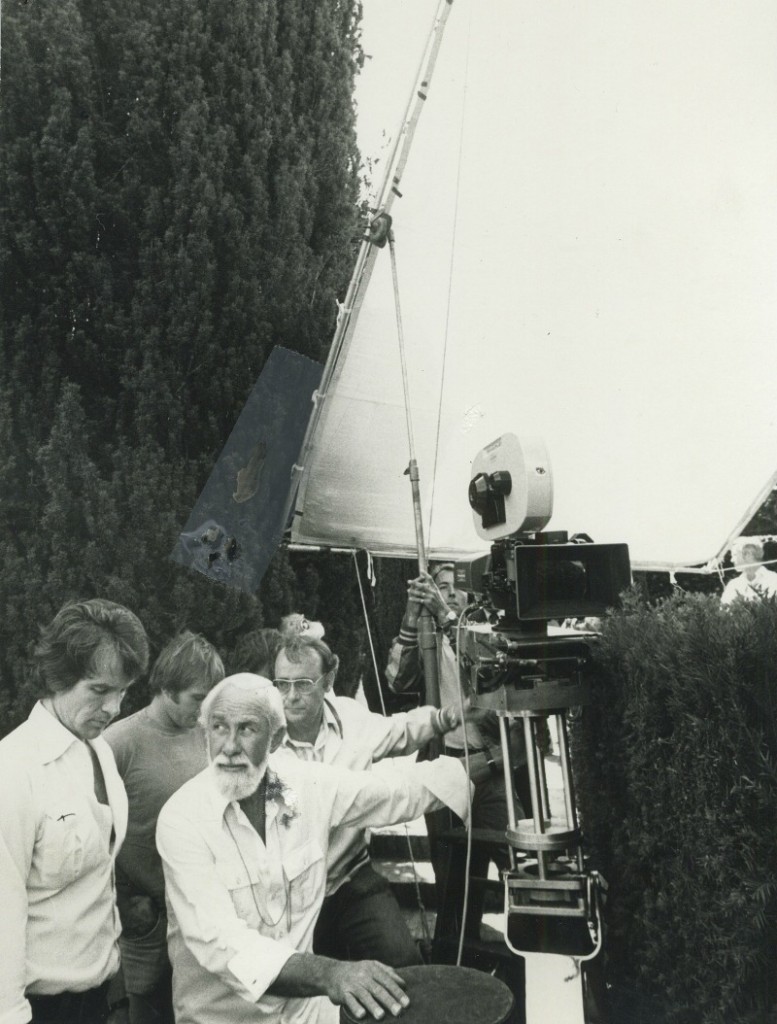 Was it difficult for you to tell this story through writing?

It is difficult, because what you’re essentially doing is that your taking these wonderful stories and histories and in my case I was interviewing thirty or thirty-five people in order to come up with ten who were really just iconic, wonderful gems. They’ve all done anywhere between two hundred and a thousand movies each. So you have to research. The research that you have to do is incredible, it’s like climbing Kilimanjaro, and it’s a lot of work. Secondarily, taking these people’s words, which are often times snippets and bits of stories, recollections, a memory, a photograph, a song, there’s a million things that go into these people remembering stuff and then translating it to the page, that’s where the dance goes. Any idiot can write down what someone tells them and just write verbatim. Did you get the texture, did you get the flavor, the time and the place of what the person is telling you about. That becomes the difficulty in putting it to the page. Just being accurate. 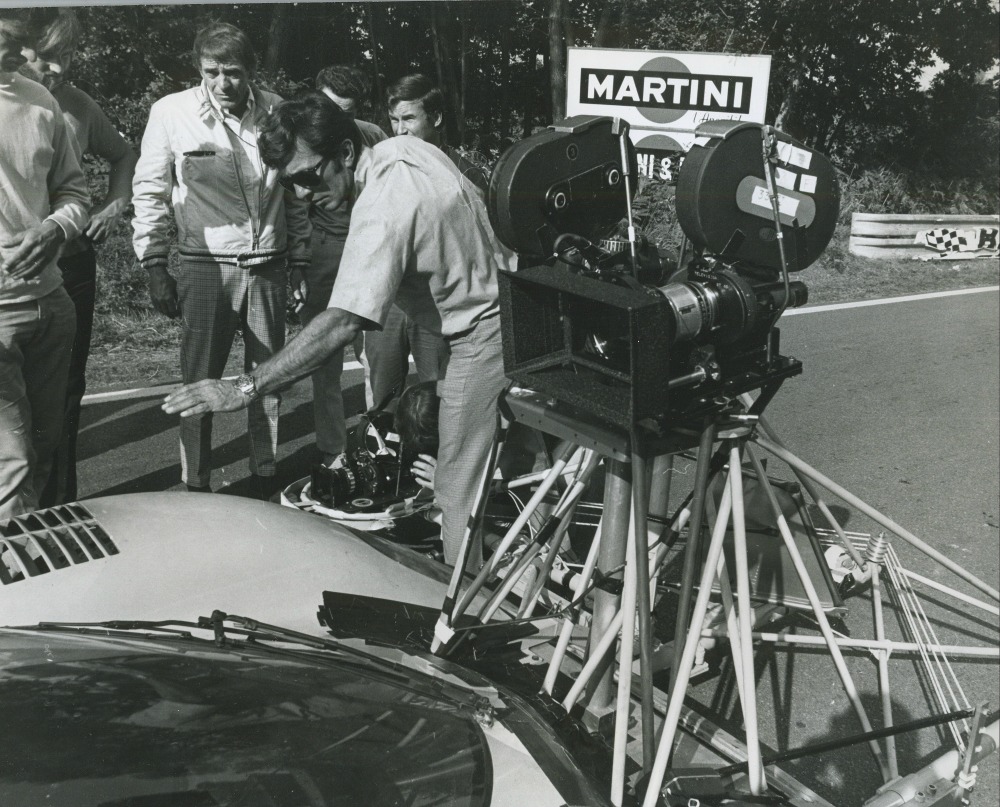 What kind of research was involved?

It started with looking up the individual films that these people had done. I kind of reverse engineered it. I went with my top one hundred movies of all time and I found that of those one hundred movies, a lot of these people had done them. So I started researching just how many of these people had done. The research began with looking up every single movie a guy has done. Then you go before that and research their childhood. You find out, “Did he ride horses when he was a kid?” Maybe that’s why he became a stunt man later on. Was his father a firefighter so he had no fear of heights because he climbed ladders as a kid?  There is a million different scenarios that go into a guys background that possibly lead to an amazing career in the film industry. 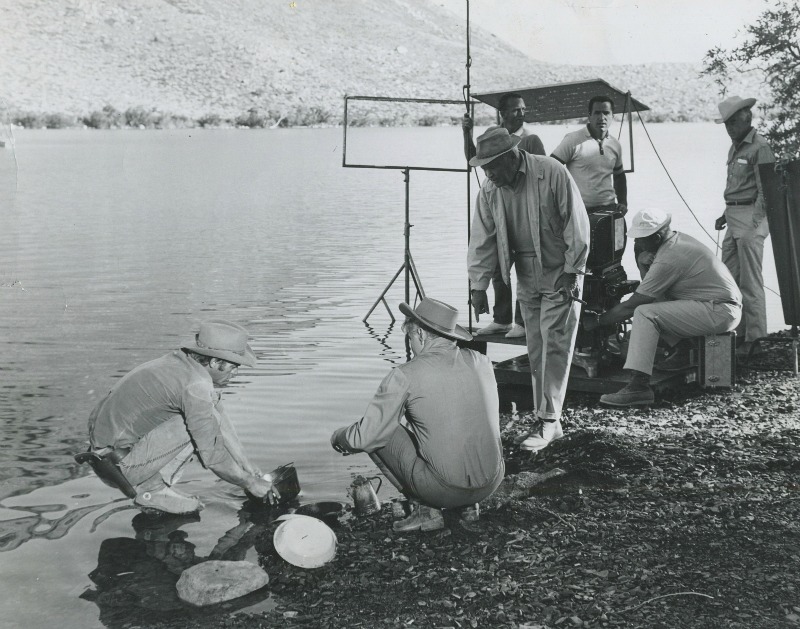 In terms of those narratives, those personalities that you really brought out onto the page, how can one small aspect, one small detail in filmmaking such as makeup change the entire way the viewer sees the movie?

I’ll give you a perfect example. There’s a guy named Savito who did a haircut for Steve McQueen when they were doing Sand Pebbles. Steve McQueen’s hairdresser was a guy names Jay Sebring. He had a specific way of doing things and Henry Hathaway was the director. Before Seabring got out to the location in Hong Kong, Steve McQueen had Savito cut his hair. He gave it a bowl cut, it was really a short, military hair cut, there was nothing left to do with it but blow-dry it. Jay Seabring flipped out when he saw it and had a temper tantrum but when Henry Hathaway saw the haircut, he said “Man, you nailed it right on the money. This is the hair cut I’m talking about. Give Savito the five hundred dollars.” Essentially that haircut became Steve’s haircut for the rest of his career, pretty much within reason. It happened because Savito served in the merchant Marines and he knew what the haircut looked like. 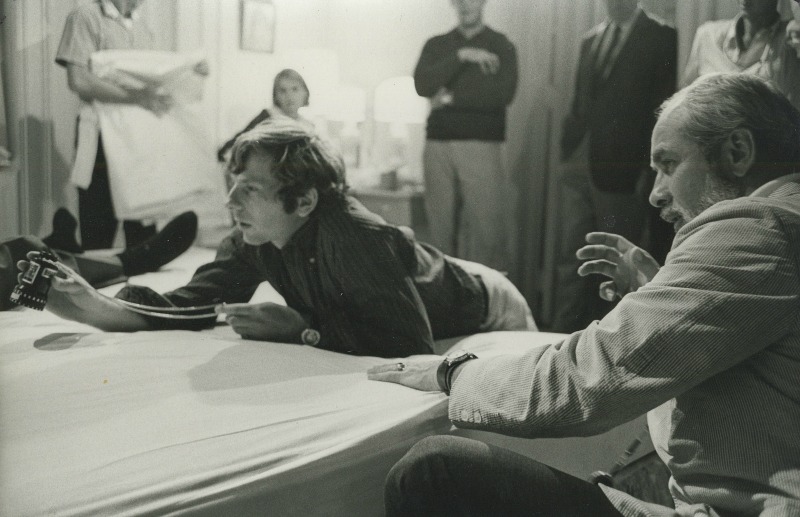 These details can really create the identifiable aspects of these characters that we then take into the street or our culture.

Everybody has their own little thing and that’s why no two careers are alike and no two movies are alike. It’s ninety people coming together with this weird energy. You just can’t make it up. It happens, it’s a live happening. That’s why you can’t make a movie that is a guaranteed hit. You can put Brad Pitt in every movie from now to the end of the world and I’ll bet that only one in every three of them will make money. 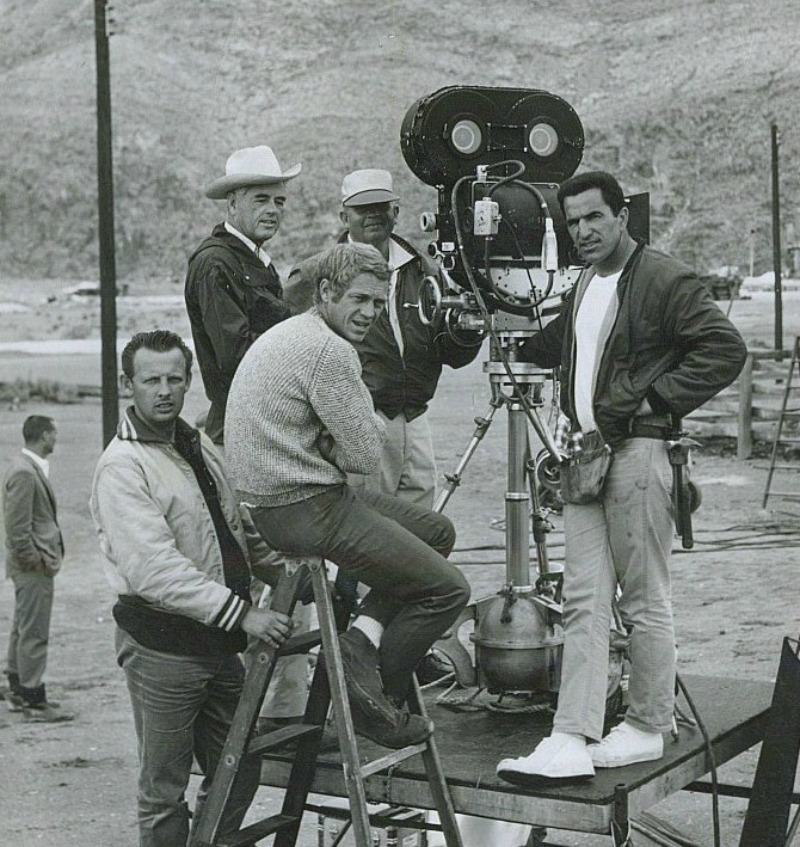 Why is it important for viewers today to think about these aspects of filmmaking?

This kind is of important because my personal history goes from 1950 to 1985. Why? Because that’s when CGI came in and began to really take over quite a bit of the physical aspect of action. The old school craft of cinematography used to go into every single movie made. It’s important for people to understand what came before like great writing or great cars, it’s being displaced rapidly and people are forgetting what the base and the gold standard really was at a time and a place in America when our product was the best on the planet and it still is. We’re hanging onto this entity because we do it so well. How can we understand the present if we don’t know anything about the past? 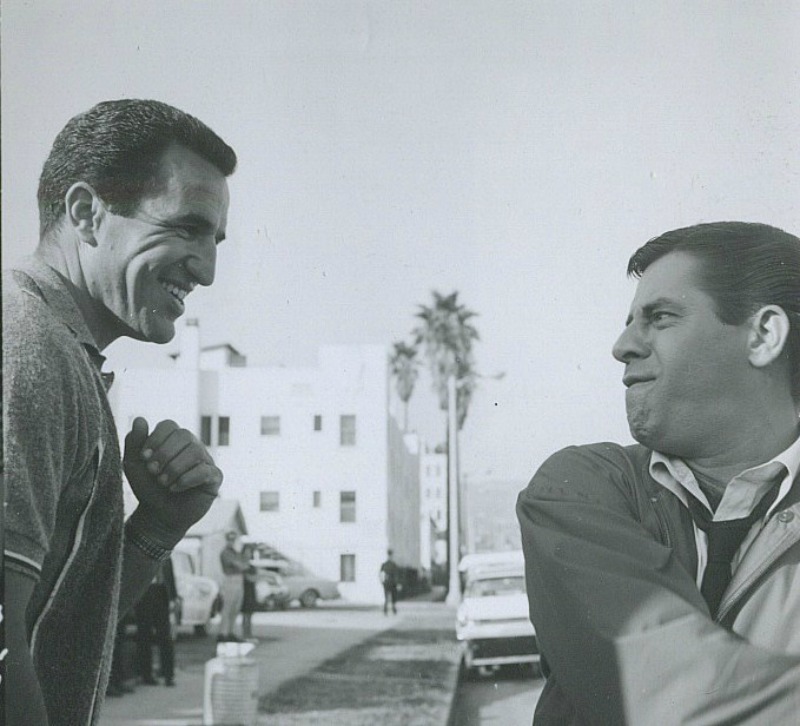