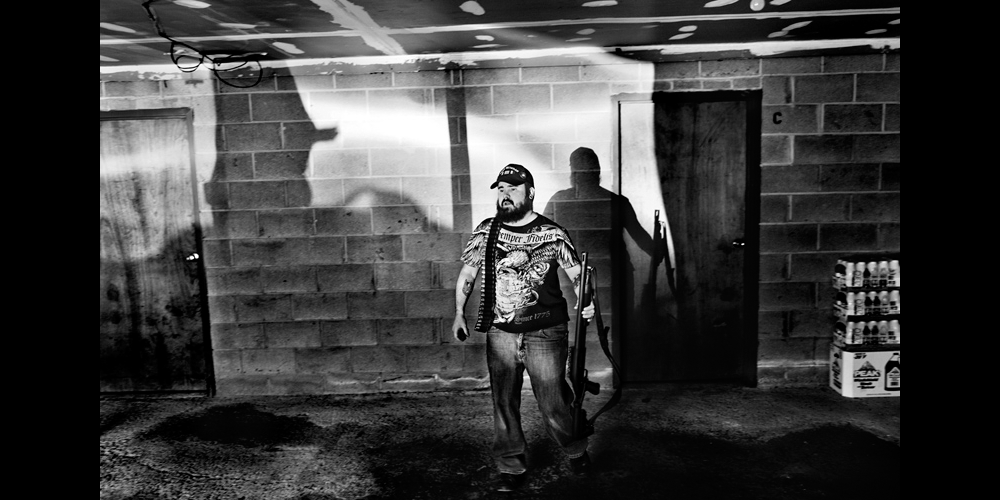 Magnum photographer, Paolo Pellegrin is facing accusations, ranging from plagiarism to sloppy journalism, over an award-winning photo. The photograph in question earned Pellegrin Photographer of the Year as well as second place in Photographer of the Year International and World Press Photo contest. Controversy broke when Shane Keller, the subject of the photograph, revealed that Pellegrin misrepresented both his (Keller’s) military record and the location in which the photo was taken. Pellegrin’s original claim was that the photo depicted a former Marine Sniper in an area of Rochester, known as the Crescent. While the subject is a former Marine, Keller explained that he never was, nor ever claimed to have been a sniper, and that the photo was actually taken in a suburb several miles away from the Crescent. It was also later revealed that further descriptions for the photograph were plagiarized from a decade-old New York Times article.

Pellegrin released a statement responding to the accusations, which can be read in its entirety, here. In it Pellegrin writes, “I’m sorry that Michael Shaw, Loret Steinberg and Shane Keller don’t like my pictures from Rochester. It’s not uncommon for people living in a community to disagree with an outsider’s take. We all know that.” He goes on to defends his portrait saying, “Shane doesn’t like the caption of the portrait I made of him. (He does acknowledge, however, that this picture was a portrait, and I’ve never indicated otherwise.)”
It’s a response that skirts the original issue raised by Keller regarding the photograph’s unclear, or at worst, fictitious setting. The caption mis-designates Keller as a former Marine Sniper, as opposed to a former Marine, but instead of acknowledging the mistake and moving on Pellegrin defensively responded, “My firm recollection is that Shane described himself that day as a sniper. He may have misspoken; I may have misunderstood; or he may have used the word ‘sniper’ in a manner that was not meant to imply formal status as a Marine Corps Sniper (he spoke for a long time about sniping).” And in response to the discrepancy regarding the location, Pellegrin wrote, “Shane thinks he and his guns have nothing to do with the violence in the Crescent; I disagree. (For what it’s worth, there is no firm agreement in Rochester as to what constitutes the ‘Crescent;’ it sometimes seems to be a conceptual designation as much as a geographical one. I actually didn’t know where precisely Brett had driven me to meet Shane, which is one of the reasons I captioned the picture simply, ‘Rochester.’)”

While he claims he originally captioned the photo, “Rochester” this screengrab from the original, shows the caption: THE CRESCENT, RODCHESTER, USA 2012.

There is also the matter of the description that accompanied the photo (that was lifted entirely from a New York Times article) that Pellegrin claimed was for internal purposes and never intended to be published. Even if that is the case, it generates a lot of questions about why he would have pulled a description from an article written ten years prior. Whether this is a case of active deception or a series of unfortunate events, Pellegrin is ignoring the discrepancies between what he claimed the picture depicted and what is actually the case. 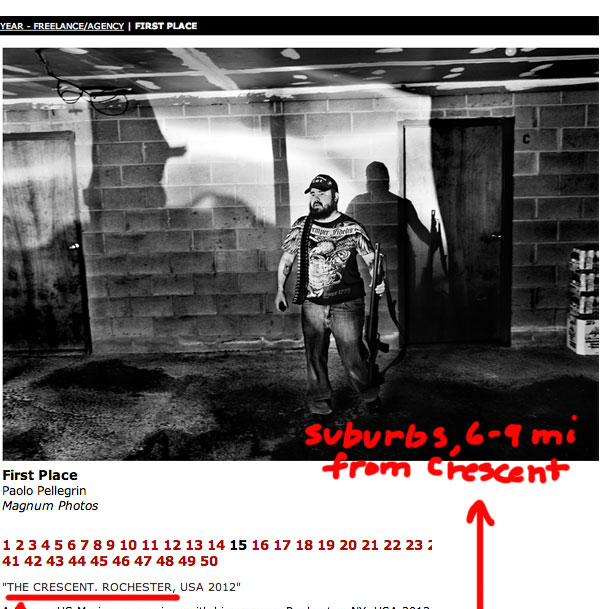