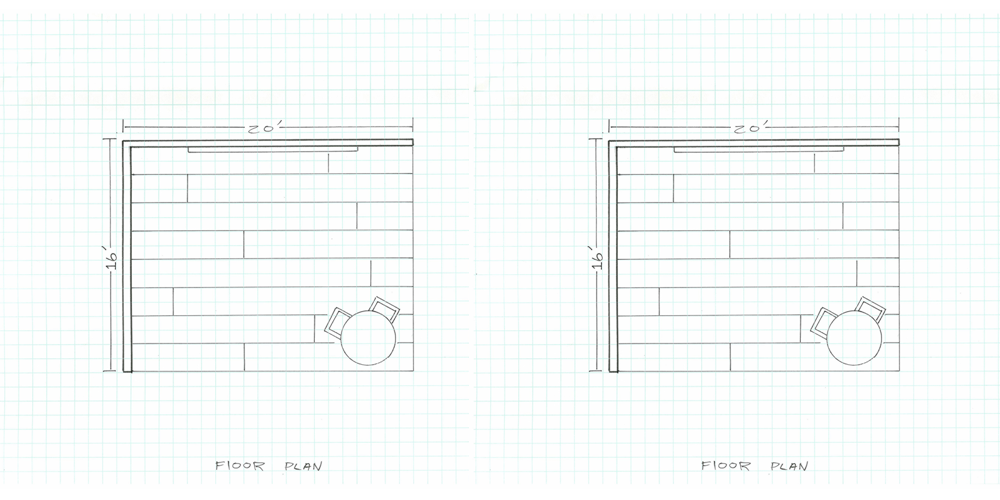 HOW TO: Sketch a Set

Resource MagazineMarch 15, 2013
This article on how to sketch a set design first appeared in Fall 2009 issue of Resource Magazine, which is available here.
By Jeff Siti I Illustrations by Tribeca Set

Nothing just happens, kids. Only meteors appear out of thin air. And people who serve you with restraining orders. But that’s it. Those dog-headed people didn’t just come scampering into Egypt one day wagging their tails, whacked out on opium and yapping,  “You gotta see these big triangles in the desert, man.” Those were the pyramids, and they’d been there forever. But long before thousands of emaciated slaves met their horrible deaths under heavy stone so one selfish freak could cross over in a jewel-encrusted tomb seen from Mars, unimaginably intricate design plans were drawn up by brilliant—albeit cruel and apparently bloodthirsty—engineers and architects.

Set design has come a long way since the Valley of the Kings was last inhabited, but the basics remain. Pencil must meet paper before hammer can meet stone. You must visualize and create. You need general plans and formations and angles and degrees and measurements. And interns. Lots of interns. Do not forget interns. Things still weigh the same as they did 4,000 years ago.

Step One: Introduce yourself. Become intimate with the space. Know the space. Walk around with your shoes off. Go through the medicine cabinet. Talk openly. Use vulgar language and gauge the space’s reaction. Feel things.

Step Two: Survey the site. Get out your trusty pencil and measuring tape and write down some numbers in your Trapper Keeper. You’ll need to get the square footage (width x depth) of the space to determine the scope of your set. Also, be sure to measure the height of the ceilings and any obstructions that may exist. Impress everyone with your attention to detail by noting minor dips and imperfections in the flooring.

Now that you’ve embarrassed yourself by using the calculator on your cell phone to do fourth grade level multiplication, wheel yourself up to a nice, flat work surface. Check that you have the following: sharp pencil, eraser, triangles, standard 12 inch wooden ruler for chewing, graph paper, and thermos of highly caffeinated beverage.

Sketching a set involves two basic views. The first is an eye-level perspective of the space from varying angles. Which brings us to…

Step Three: Referencing your notes, sketch the dimensions of the set. Take into account the ceiling’s height, insert windows, doors, molding, and trim. Then add flooring.

The second view of the set will be a bird’s eye view from above. Which now brings us to…

Step Four: Floor plan. Draw an aerial view of the space. Insert all furniture and props. After settling on a basic layout, insert floor lines, rugs, and anything else that may be involved. 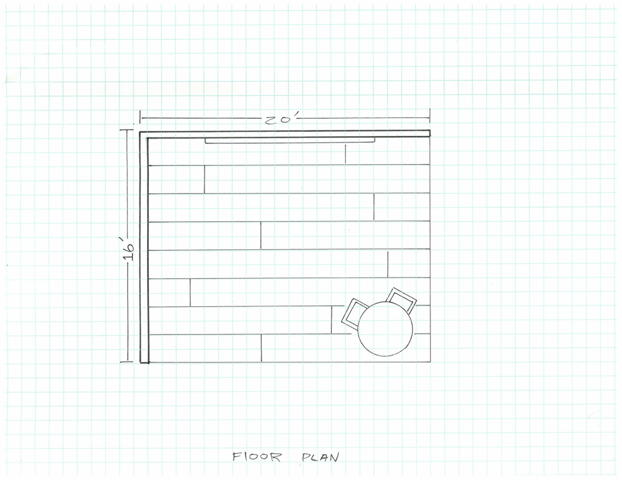 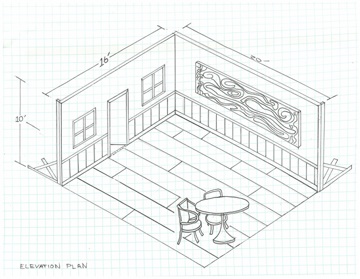 After both views are completed, finished, finalized, blessed, and agreed upon, your vision of the set should be quite clear to anyone involved with the project who has eyeballs. And remember, dimensional accuracy makes for an agreeable production process and should always be checked and checked again. You don’t want to be pointing fingers at people with power tools.