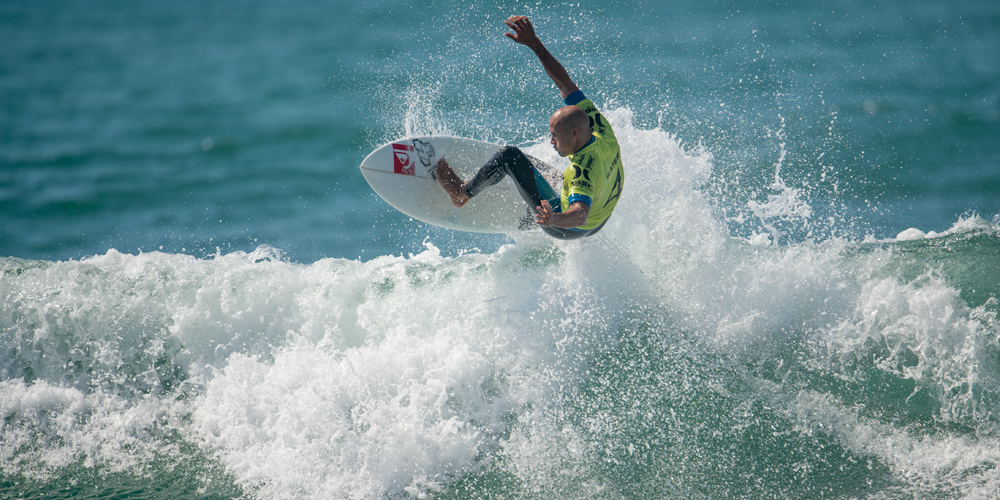 How Will You Shoot Quality Stills and Video at the Same Time?


Just as the world’s greatest surfer, Kelly Slater, reinvented himself by mastering aerials, today’s visual artists must remain competitive by keeping themselves atop the latest technological waves. And today’s dawn patrol is reporting that the waves are ideal for gnarly acrobatics once thought impossible: shooting high-quality stills and video simultaneously.

Two-page Red EPIC advertisements in photography publications and major glossies recently read, “Shoot a feature and the poster for it at the same time,” while stills pulled from 4K and 5K Red video footage regularly grace the covers of high-end magazines. Award-winning New York Times photographer Doug Mills mounted one DSLR atop another, calling his novel apparatus the “Double-Shot.” USA Today sports photographer Robert Hanashiro mounts an HD GoPro camera on a lens hood to capture video while shooting stills, writing on his site, “Obviously the best way to shoot a video gig is dedicating yourself to shooting just video. But in the ‘real world’ of newspaper photographers we’re having to multitask more and more.” NikonUSA.com presents various strategies for capturing HD-sized stills on a page appropriately titled, “What to do When you Need Stills while Shooting HD Video.”

Press the shutter button while shooting video on a typical DSLR, and some will halt the video to record a full-resolution still (albeit at less-than-optimum rates), while others will record both video and a smallish 2mp, HD-sized still at the same time. You’ve likely seen, thought about, or even tried other strategies for capturing simultaneous stills and video. For the past three years I have been “45surfing”—shooting simultaneous full-size RAW stills and 1080 HD video with either a video camera bracketed to a Nikon D4 and 600mm F4 Prime lens in a tripod-mounted configuration for pro surfing events, or a handheld rig consisting of a camcorder bracketed to a Nikon D800E and 70-200mm VR2 lens when shooting swimsuit models. Here’s a rundown of the philosophy and various approaches.

Surfing Moore’s Law: Waste the Abundant and Conserve The Precious and Rare.

The fundamental philosophy driving the simultaneous capture of stills and video is driven by Moore’s Law—the same principle governing the exponential advancement of the Internet and digital media technologies which has brought us inexpensive cameras alongside free and immediate global distribution. As the power of cameras and computers augments while their prices decline, so too does the power of storage media—hard drives and memory cards—plummet as their power increases. Feature films and TV shows are shot on $2,000 cameras, while footage from the $200 GoPro HD Hero is used in major movies and Madison Avenue advertisements alike. Run the numbers, and with time as scarce as ever and the importance of video in a world where YouTube is the second-largest search engine, it makes sense to set up one or several HD cameras for a shoot, mounting one on the stills-dedicated DSLR for the unique “first-person-shooter” perspective. “Shoot it all first,” as it costs the same, and “edit it down later” suggest a new philosophy for visual artists. And as weddings, sunset swimsuit shoots, and sporting events happen but once, you cannot return to shoot the video. You can’t ask the bride to walk down the aisle again, or Kelly Slater to re-land an aerial off a wave that is now gone forever. All of this calls us to adventure—to develop a strategy for capturing stills and video at the same time. 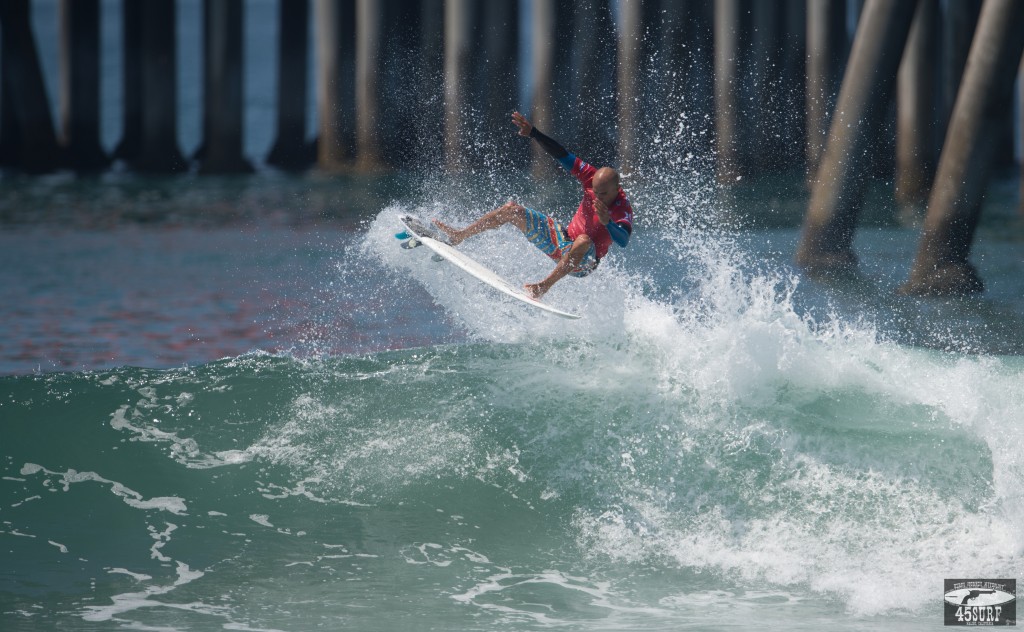 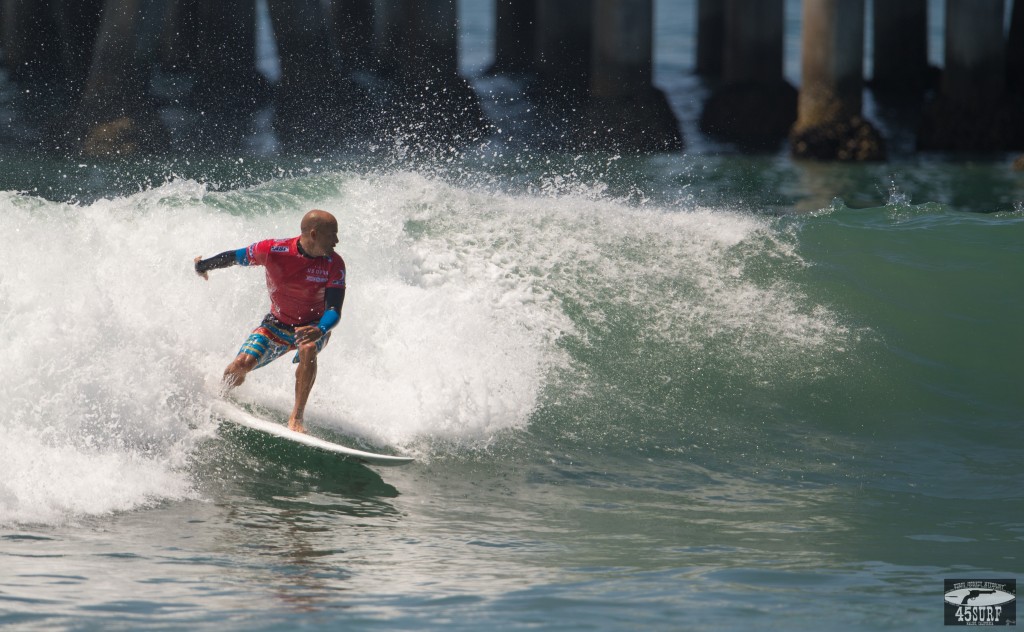 A salient fact that one must honor while capturing simultaneous stills and video is that the two mediums generally require different shutter speeds for optimum quality. This is especially important when motion is present—either at the camera’s end, such as with a handheld rig, or when the subject is moving. When I was shooting Kelly Slater’s journey to victory at the Hurley Pro, exposure times for the Nikon D4 stills were generally between 1/2000s to 1/5000s, thereby freezing his action in mid-air, while the exposure for the video was around 1/60s to 1/120s—well over an order difference in magnitude!

A touch of motion blur in video frames is more pleasing to the eye, while sharpness is generally sought in photographic stills. For this reason, the Red cameras are limited, even with their 4K and 5K image sizes. If you optimizes the shutter speed for sharpness with speeds of 1/2000s or just 1/1000s, the video will appear “stuttery,” like those old black and white WWII film clips. Should you optimize the shutter speed for video at around 1/60s to 1/120s, motion blur will creep into the stills, showing up in handheld shots or when the subject is moving. When photographer Kevin Arnold used a $65,000 Red EPIC rig (now around $40,000) to shoot skiers at Whistler Mountain, he concluded, “The EPIC’s sensor, while amazing for video, just isn’t on par with top-end DSLRs and certainly not even close to medium format digital cameras when it comes to still images. The bigger challenge—especially when shooting fast moving lifestyle or sports action—is achieving fast shutter speeds. The great majority of the frames we shot were soft due to either camera movement or subject motion blur. This is the single biggest issue with pulling stills from video.”

In the Fstoppers’ piece “Will Video Cameras Kill Still Photography? Red EPIC vs. Hasselblad,” Peter Hurley took headshots with both a Red and an older Hasselblad. It was generally agreed that while the Epic was impressive, the Hasselblad produced better results. But when one factors in the costs of the ~ $40,000 Red system vs. the ~ $10,000 Hasselblad, pulling stills from even the best 5K video leaves much to be desired for portraitists. Peter utilized continuous lighting for his test, and while a Red can be used with strobes, there are far more tried-and-true flash options for standard DSLR and medium format cameras. However, needless to say, if one also wants 5K video of the shoot, the Red wins!

While Doug’s method of mounting one DSLR in the hot shoe of another generated some buzz in the summer of 2011, it seems that he has not been employing the method as of late. Drawbacks include the occupied flash shoe, the lack of video stabilization, and the fact that two DSLRS can feel quite heavy after a short while. As he was using Canons, both cameras would had to have been manually focused when following a subject, which could lead to missed shots, while being awkward and unwieldy at best.

My lighter-than-a-DSLR, high-quality Panasonic or Canon camcorders I attach underneath my DSLR come with amazing video stabilization—a feature also lacking on Doug’s setup. The Sony A65 and A77 DSLRs, which I also use, come with both image-stabilization and auto-tracking focus which follows and focuses on moving objects, separating them from the background. I have experimented with mounting a video-dedicated Sony A77 underneath a Nikon D800E, and while it’s heavier than the camcorders and the image stabilization isn’t quite as good, it is capable of a shallower depth-of-field, for that coveted cinematic look and feel.

Capturing Video with the HD GoPro while Shooting Stills.

USA Today sports photographer Robert Hanashiro writes on sportsshooter.com, his blog, “I have a GoPro mount stuck onto the end of a lens hood for my Nikkor 24-70mm, and if you’re a ‘one-man band’ like I am, shooting assignments for stills and video, this can sometimes be a nice solution.” On YouTube, you can find photographers wearing the GoPRo during shoots, but with its fixed wide-angle lens, the lens of the stills camera is often present in the shot. Additionally, subjects appear a bit further away than you might like and suffer some wide-angle distortion when they are close. The camcorders I use offer simple zoom controls, suited to shooting pro surfers a hundred yards offshore with a 23x stabilized zoom, or a model fifteen feet in front of me.

Tomorrow’s Cameras Will All Record Stills and Video Simultaneously.

The iPhone 5 can take full-resolution (8mp) jpgs while shooting video, as can some compact cameras such as the Nikon 1 V2 (14mp).  However, the capture rate of stills is relatively slow, and RAW stills yet elude the photographer in video mode on such devices. Both the small-sensor iPhone and comparable Android smartphones lack zooms and that coveted shallow-depth-of-field film look.

DSLRs such as the Canon 7D can acquire full-sized RAW photos while shooting video, but the video is interrupted. And on other DSLRs, when they do not interrupt the video, the photos are limited to the HD frame’s 2mp size, falling far short of their 22-36mp full-frame capabilities. Needless to say, we do not pay top-dollar to purchase 36mp DSLRs to end up with puny 2mp jpg stills captured in video mode.

Soon the processing power to shoot both full-sized RAW stills and RAW video will arrive across the board, as it exists today in the Red systems. In a couple years, 4K video, which is about 4 times the size of HD video (more than enough for feature films at your local multiplex), will replace HD as the standard, and even our smartphones will be shooting 4K video. But as aforementioned, while stills pulled from a 4K video will be large enough for print magazines and billboards, their exposure times will not always be optimum, especially in hand-held scenarios or when shooting motion. If you increase the shutter speed for sharper images, the video will suffer. Thus two cameras—one dedicated to stills and one to video—will continue to have advantages, as optimum stills and video generally require different exposure times. This set-up also allows you to capture different fields of view in stills and video, with different depths of fields, and, as we have seen, different shutter speeds; all of which suggests the use of a dual-camera system.

Some Advantages of the 45Surfer System.

I constructed a table comparing the 45Surfer to the Red EPIC, Hanashiro’s HD GoPro, general DSLRS, iPhones/Droids/smartphones, and other approaches. By no means is this list complete, nor is it the final word, and we would love to hear about your innovative takes on capturing stills and video at the same time, and the reasons for your preferred methods and means.

Sooner than later, a manufacturer will release a small, light, mirror-less compact camera system, such as the Sony NEX-7, with high-quality image-stabilization, tracking auto-focus, and the coveted shallow depth-of-field. Bracket two of these cameras together—one for stills and one for video—and the rig will weigh less than a single typical DSLR and lens. I am currently working on an app, which will be capable of matching the two cameras’ settings, such fields of view, zoom, and other selected attributes, so that when you zoom in with the stills-dedicated camera with a shutter optimized for stills, the video-dedicated camera follows suit, zooming with its shutter optimized for video, while correcting for parallax.

Just as once-impossible aerials are now part of the world’s leading surfers’ standard repertoires, what was once inconceivable—shooting quality stills and video at the same time—is becoming a standard part of the modern visual artists’ repertoire. And remember that in the arts, as in business and life, the classic surfing maxim holds true: “The surfer having the most fun wins!” 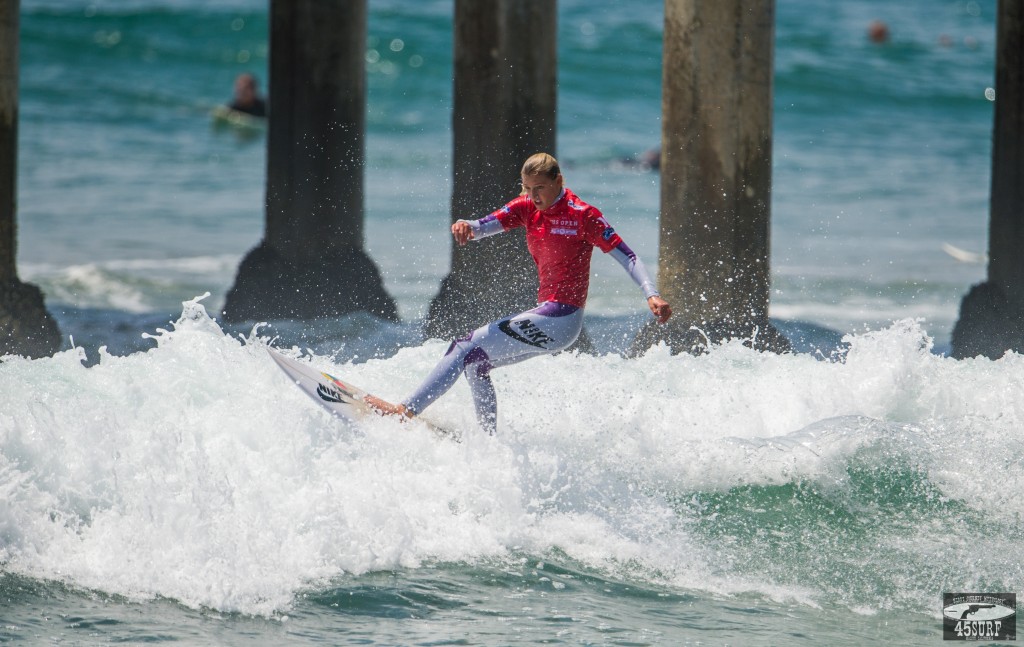 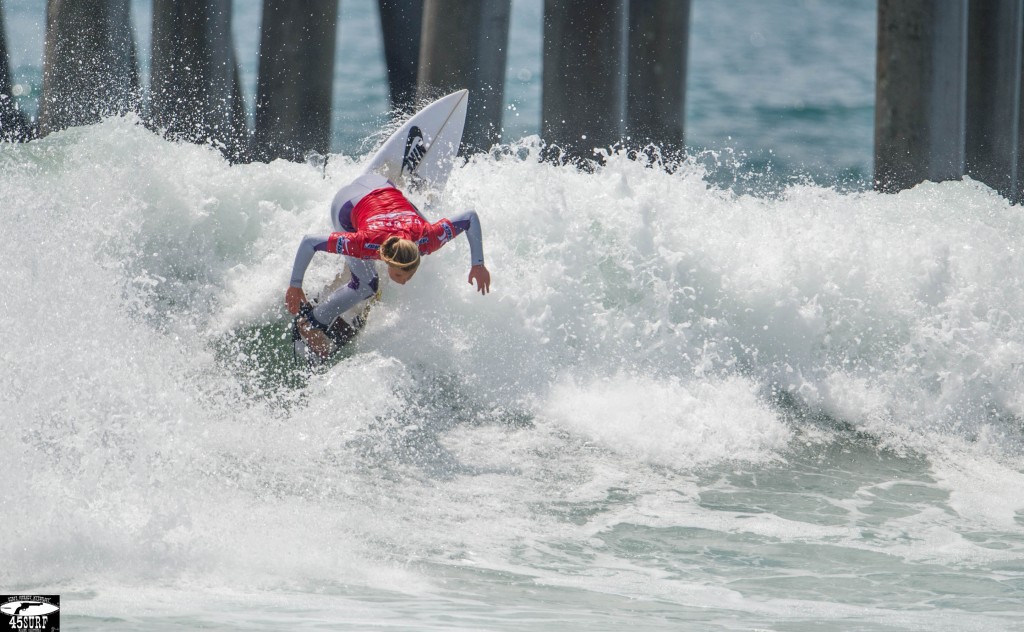 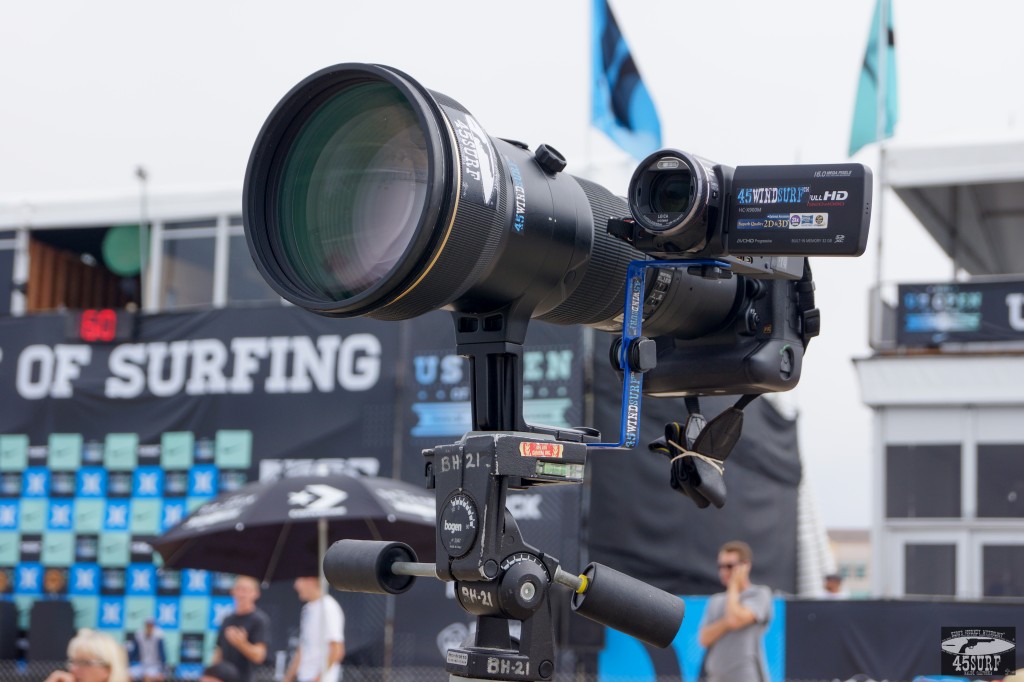