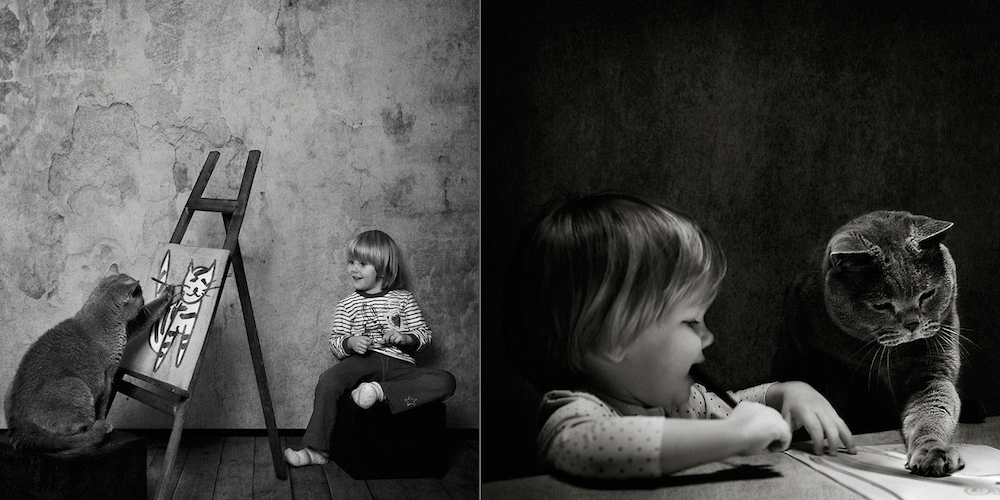 A Girl and Her Cat by Andy Prokh

Born in a small rural town in Russia in 1963, Andy Prokh (Andrey Prohorov) is an economist by trade but a photographer at heart. Spending the past seven years honing his photography skills, Prokh has found that his favorite subject to shoot besides himself is his daughter Catherine and their British shorthair cat, Lilu. While the series remains untitled, fans are referring to it as, “A Girl and Her Cat.”  These dramatically black and white images depict the pair’s unique relationship, which is more comparable to siblings than pet and owner. Poses showcasing the differences as much as the similarities between human and animal, the photographs demonstrate how Catherine and Lilu are both trying to make sense of the world around them. Six year-old Lilu and four year-old Catherine embrace their curiosities, while Prokh captures the duo’s adventures and personalities in these feel-good pictures. Substituting a human childhood friend for a cat, Prokh shows how a friend can be found anywhere, even in your housecat. On the series, Prokh states, “They’ve lived their whole lives together. I like to take photos of them because I love them both.” Not much is known about Prokh and his way of shooting, but after reviewing his photos, we will venture and say that will soon change. 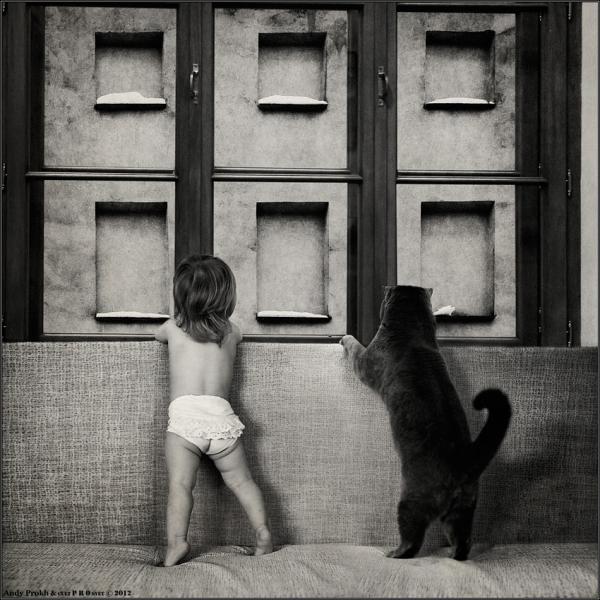 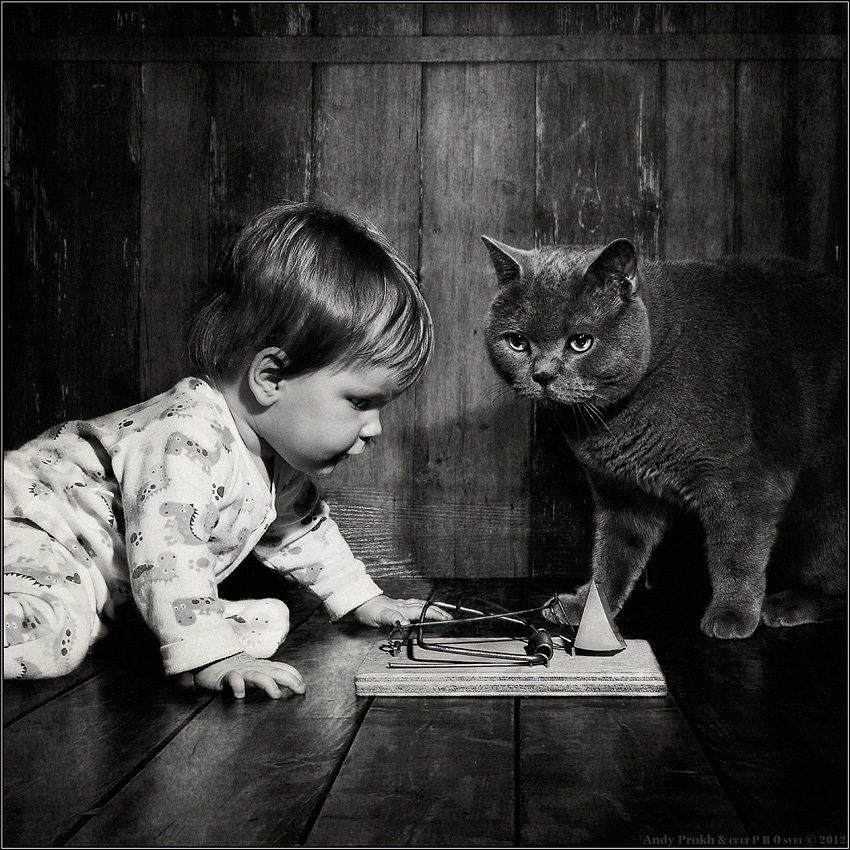 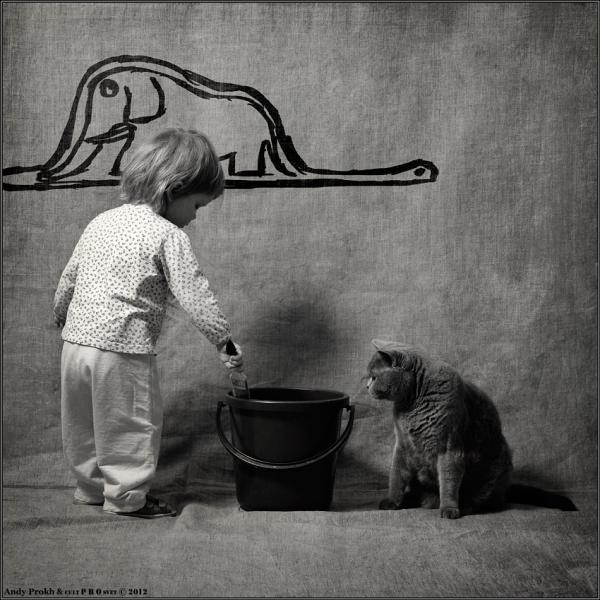 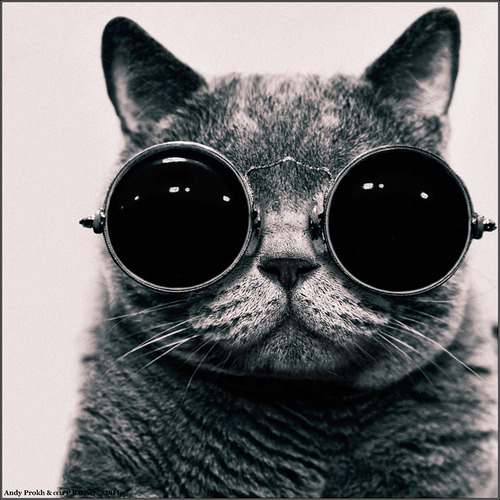 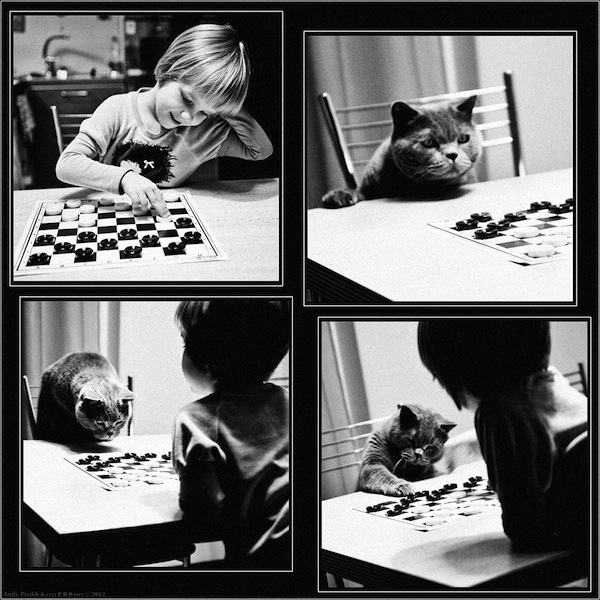 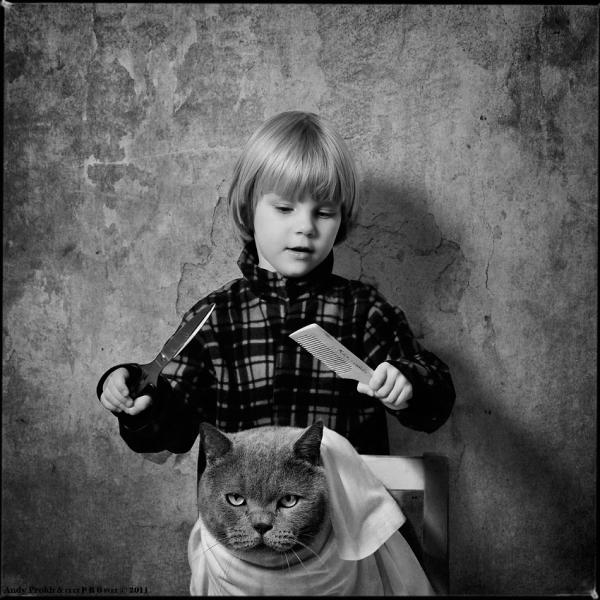 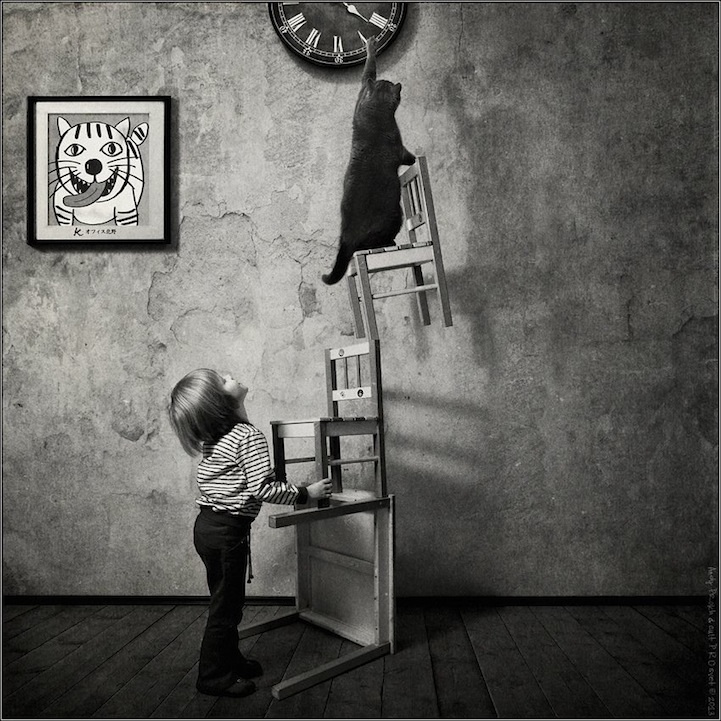 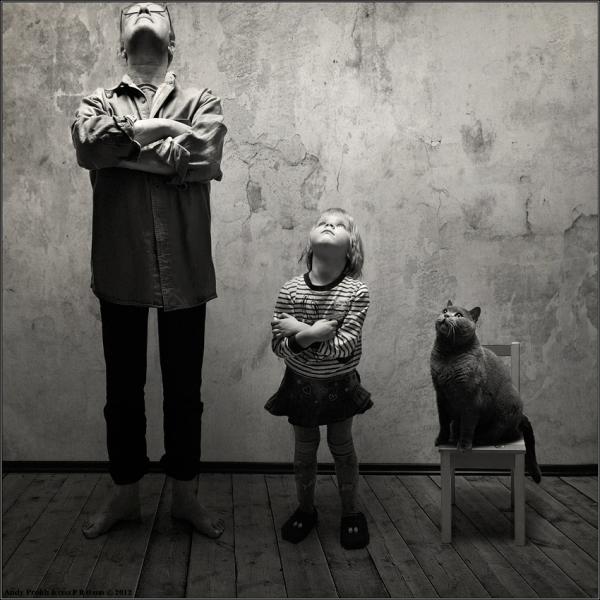