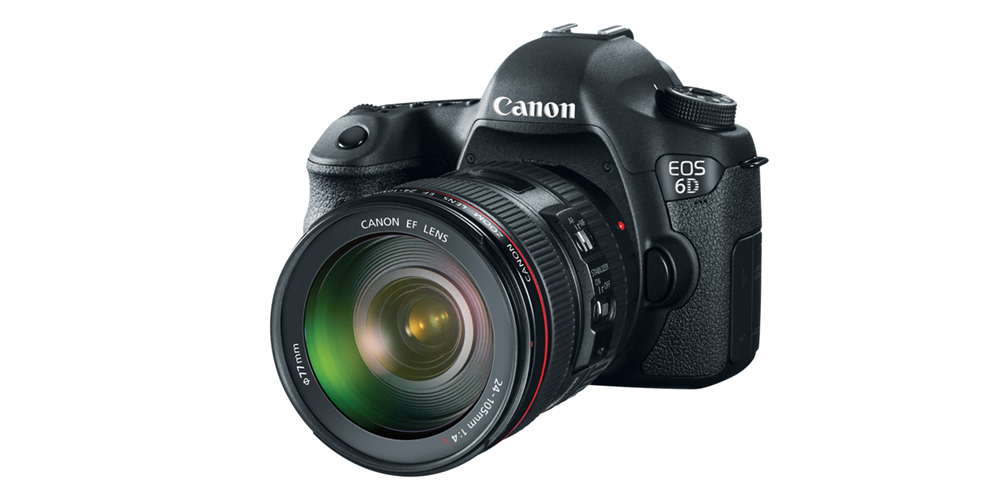 This article first appeared in Resource Spring 2013 issue, available in studios and newsstands now and here

Words and Photos by Michael Corsentino.

First, it needs to be said I’ve decided to write this review, or rather field test, from the perspective of one photographer to another. There are plenty of nitty-gritty tech reviews and model comparisons available online and in print for the super technically inclined and I have listed a few that I’ve found helpful at the end of this article. That kind of detailed technical information will also be available in my forthcoming book, the Canon 6D Digital Field Guide. Here, I’ll focus on my experiences shooting with the Canon 6D in a real-world shooting situation and discuss the new and upgraded features that I feel will have the most value for the majority of photographers. My hope is that the things that matter to me will matter to you.

One of the first things I look for in a camera is a full frame sensor with a large pixel count and frame rate. APS sized sensors don’t do it for me due to the effect the crop factor has on lens focal lengths and depth of field. With its brand new 20.2 megapixel CMOS sensor and adequate 4.5 fps frame rate, the Canon 6D delivers. It isn’t super fast, but for work that doesn’t require action-stopping speed, it’s perfectly acceptable. Sensors are kind of like film stocks and I’ve been hooked on the image quality and Canon CMOS look since I first shot with the Canon 5D. The 6D is no exception and produces gorgeous RAW files that look great in both Lightroom 4 and Capture One Pro 7. The 20.2 megapixel files have more than enough resolving power for all but the most demanding applications. 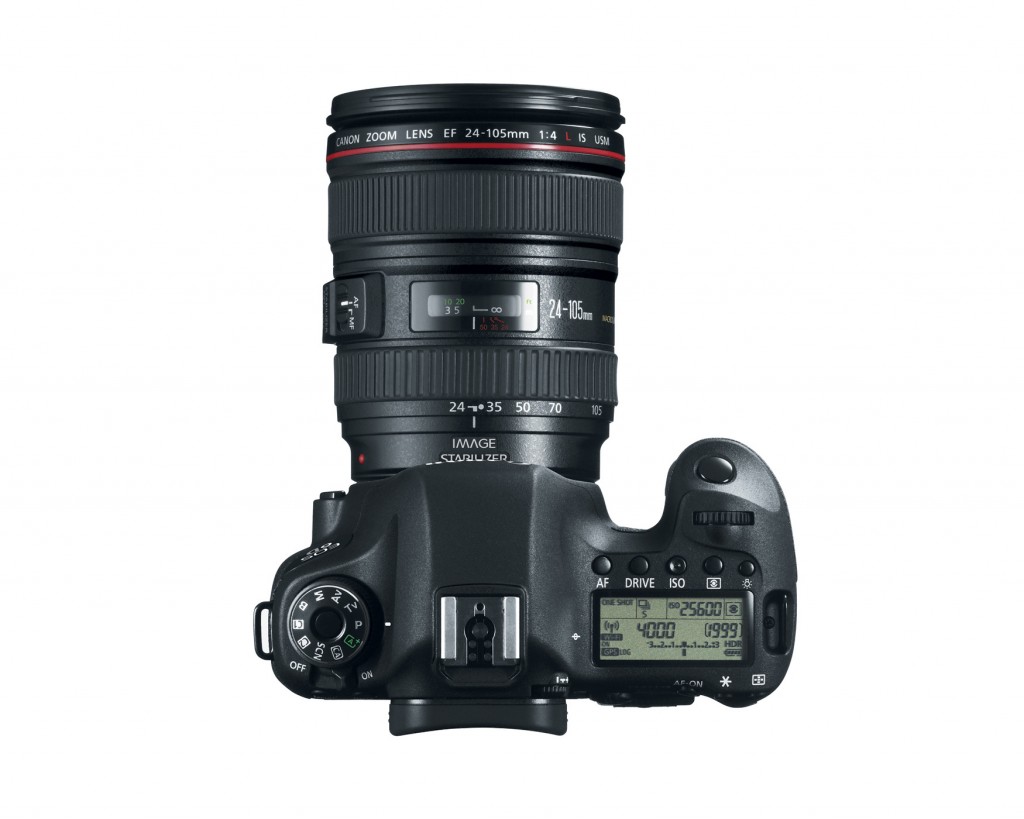 The Canon 6D is the long awaited evolution of the 5D and slots nicely between the 5DMKII and the 5DMKIII, sharing many carryover (5DMKII) and trickle-down features from higher-end MKIII and 1DX models. With each product cycle, these cameras get less expensive and offer more bang for the buck. At just under $2,000, the Canon 6D is a pretty compelling piece of equipment, given its full frame sensor and robust feature set. If not used as your main camera, it would make a great second camera or backup.

The 6D is the smallest and lightest Canon DSLR ever available with a full frame sensor. It’s 6.9 ounces, almost half a pound lighter than a 5DMKIII. While a half a pound doesn’t seem like much, ounces add up on long shoots. The lighter weight was immediately evident, yet the build felt solid and the ergonomics were hand-in-glove. As much as I hate to admit it—coming from a life of heavy, tough as nails pro bodies—my hand and arm ache after an eight to ten hour day shooting. I can definitely see the 6D working well as a relief pitcher in those situations. The 6D’s silent shooting mode is also a welcome feature in many situations.

During the shoot pictured here, I was using two off-camera 600EX-RT Speedlites and an ST-E3-RT transmitter to control them. Everything worked flawlessly, was a pleasure to use and gave me maximum flexibility with my off-camera Speedlites. Prior to the 6D, I would have had to spend an additional $1,400 (minimum) for a body that offered full compatibility with the new Speedlite system. The 6D definitely makes things a whole lot more affordable. Think about it—for the price of one 5DMKIII you can get a 6D, two Speedlites and an ST-E3-RT transmitter! One thing I do miss is having a flash exposure compensation button on the camera’s body to control FEC—on the 6D you have to dig into the camera’s menu system. Not a deal breaker, but worth mentioning. 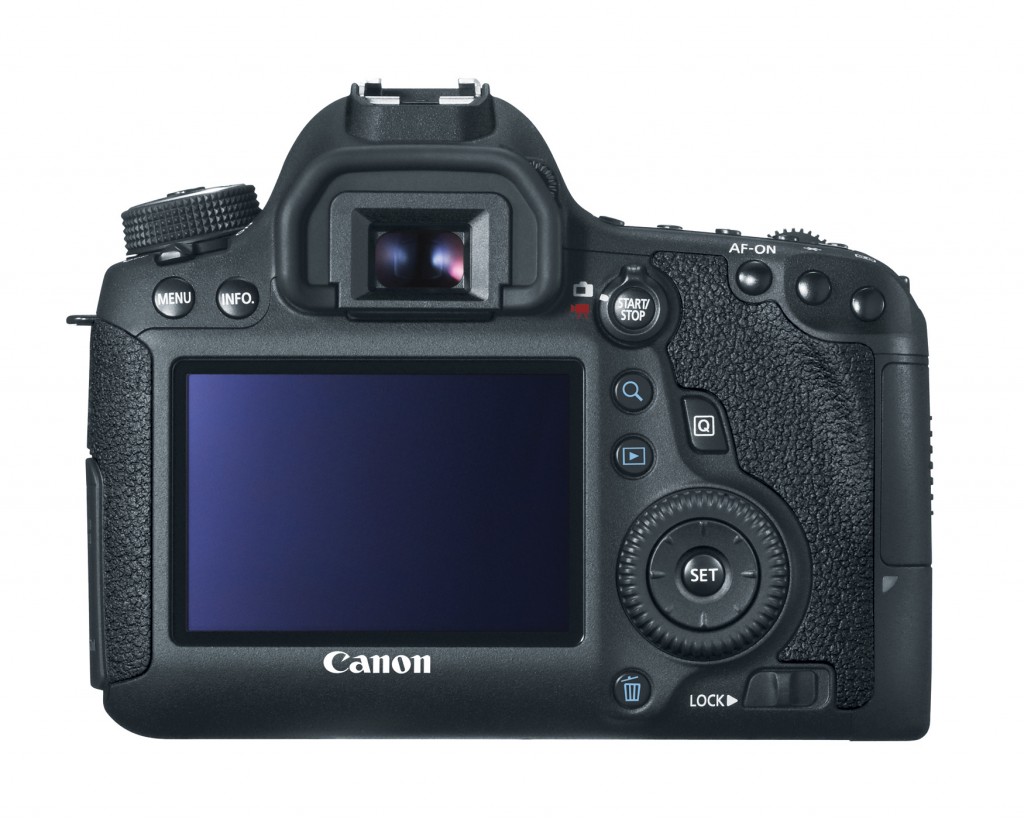 Another pleasant surprise was the responsiveness of the 6D’s AF system in low-light situations. The upgraded AF system was a tad slow but had no problem locking focus once the sun set on our shoot. The 6D has a host of other great new features that I didn’t get to use during this shoot, but are definitely worth listing. The camera has built-in wireless sharing that social media users will love and GPS capabilities that nature photographers may find useful. Wireless printing and camera-to-camera file sharing are also in the mix, as well as improved low-light ISO performance and the world-class 1080 HD video we’ve all come to love and expect.

I do wish there were two card slots one for a CF Card and one for SD card instead of a single SD slot (fortunately the 6D accepts even the newest Ultra High Speed Cards). But these are small quibbles. I do appreciate that the 6D shares the same battery as my 5DMKII & 5DMIII—thank you for that Canon! All in all, I found the Canon 6D a solid, well-performing camera that delivers beautiful RAW files at a very affordable price point. From one photographer to another, I can tell you that the 6D definitely has a place in my gear bag. Many thanks to the team at borrowlenses.com for making a Canon 6D available for this review.