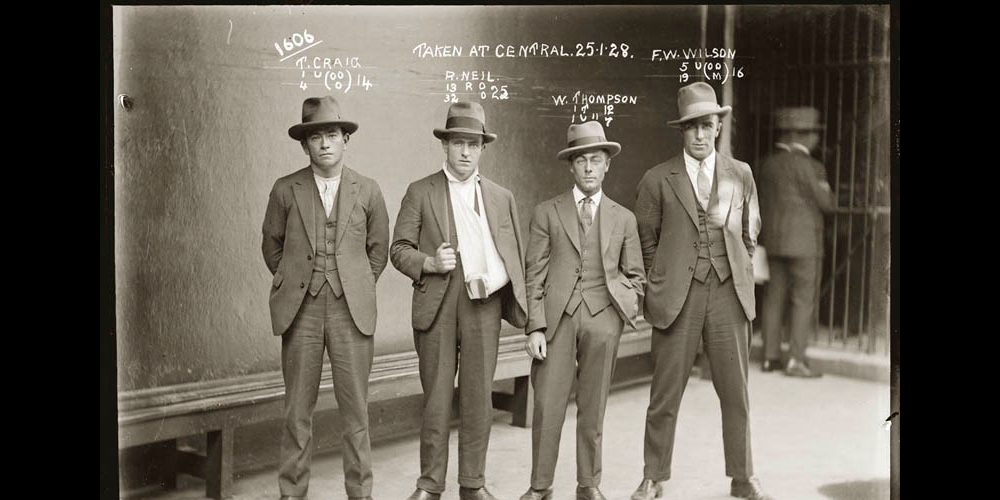 Before the era of digital photography, it was common for photographers to strategically plan out each shot to be able to take advantage of each frame. This approach applied to royalty, family portraits and apparently, even criminals’ mugshots. A rare collection of 1920s vintage mugshots, which are being displayed at the Historic Houses Trust in Australia, have been unearthed by design and lifestyle blog Twisted Sifter. 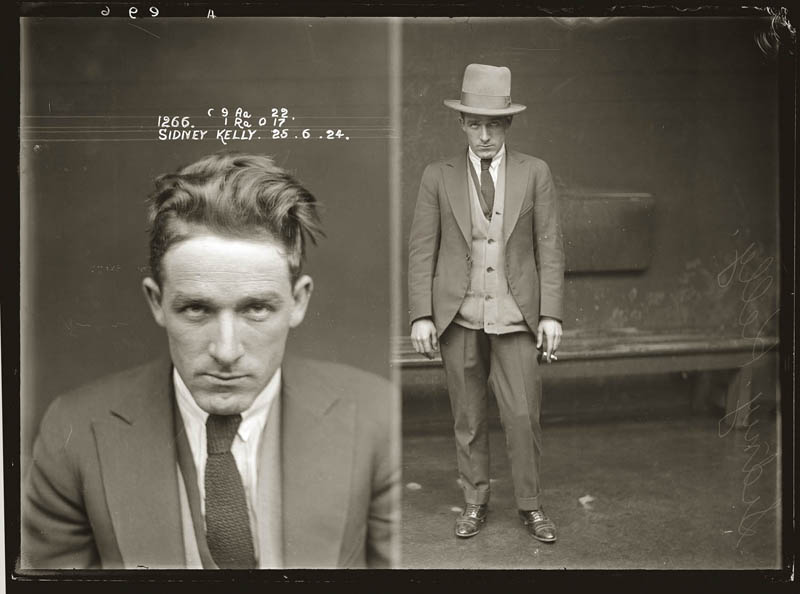 These black&white photographs, which were part of a series of approximately 2,500 taken by the New South Wales Police Department, feature convicts mischievously smirking in three-piece suits and stylish accessories.  The compilation of photos serves as a sort of fashion archive of male attire from this time period. Several of these photos include a description of the criminals and the crimes they committed, such the one that reads below William Stanley Moore’s photograph from May 1, 1925, “an opium dealer operating with large quantities of faked opium and cocaine. Also a wharf laborer and associates with water front thieves and drug traders.” Group shots make the fashion-consciousness of these historic dapperly-clad criminals all the more apparent. 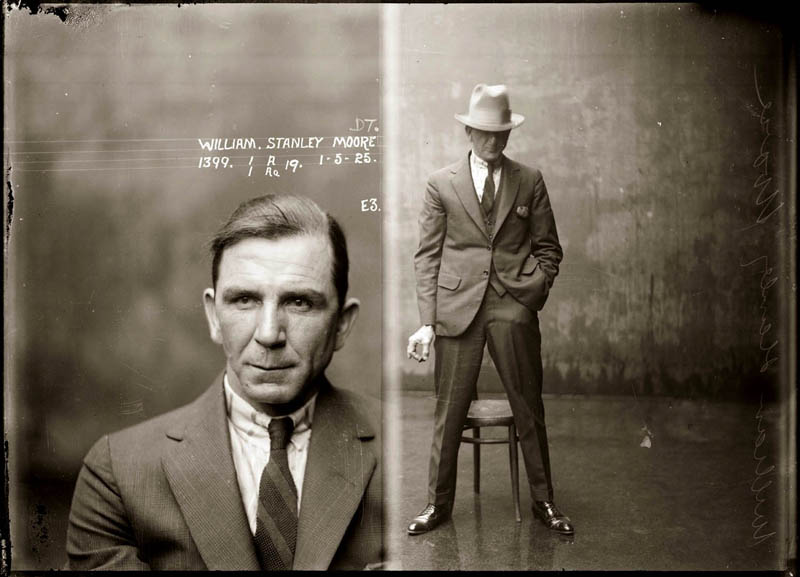 Even though most of the photographer’s subjects included in this series are men, there is one woman that snuck in under the radar. This woman would be Eugenia Falleni, who had posed as a man since 1899, known by her alias Harry Crawford.  After Crawford was arrested and charged with “wife murder” in 1920, the Stanmore hotel cleaner was discovered to actually be a woman and a mother. Pretending to be a man, she married widow Annie Birkett in 1914, who later revealed to a family member that she had discovered “something amazing about Harry.” Eugenia dons a suit in her photograph, as she stares directly at the camera with a grimace. 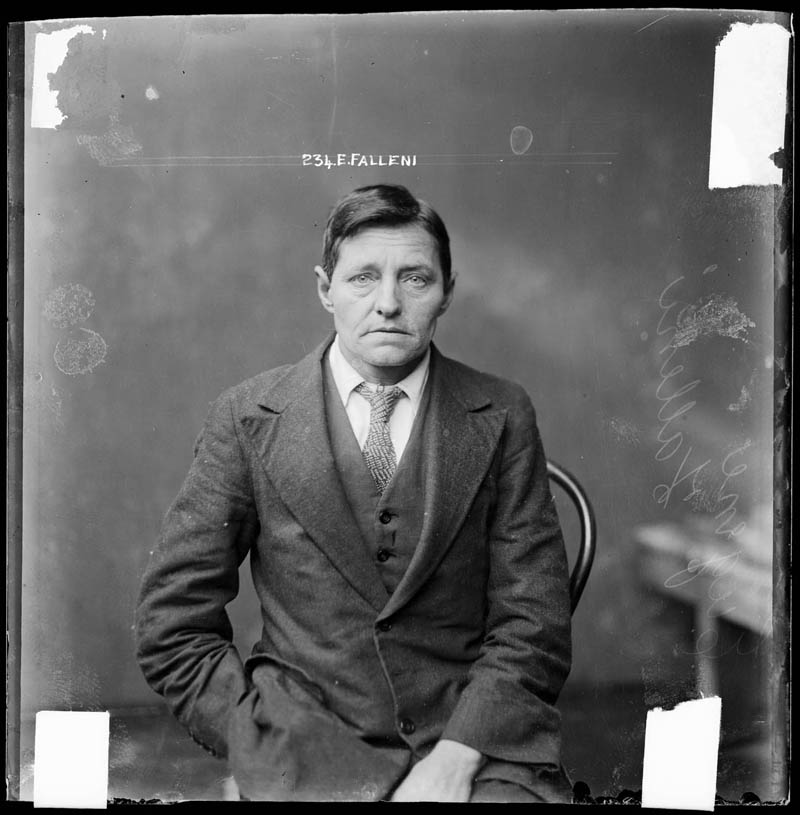 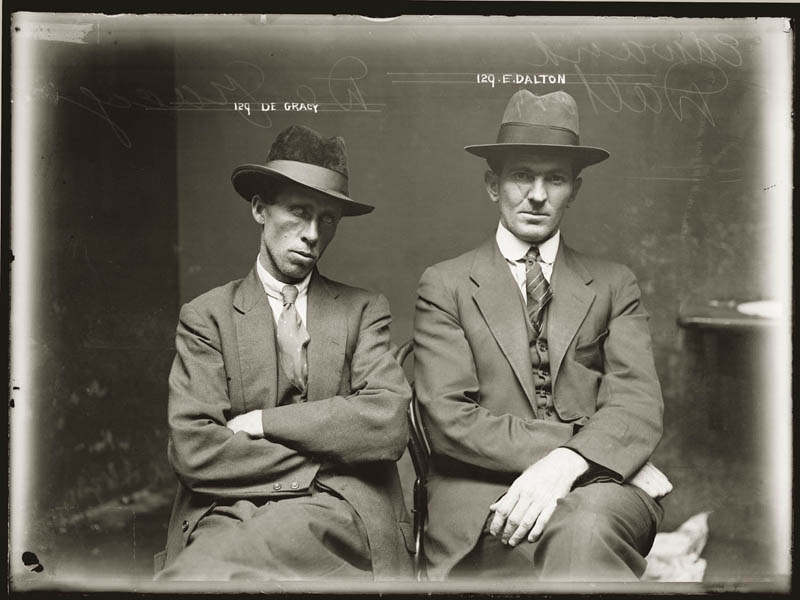 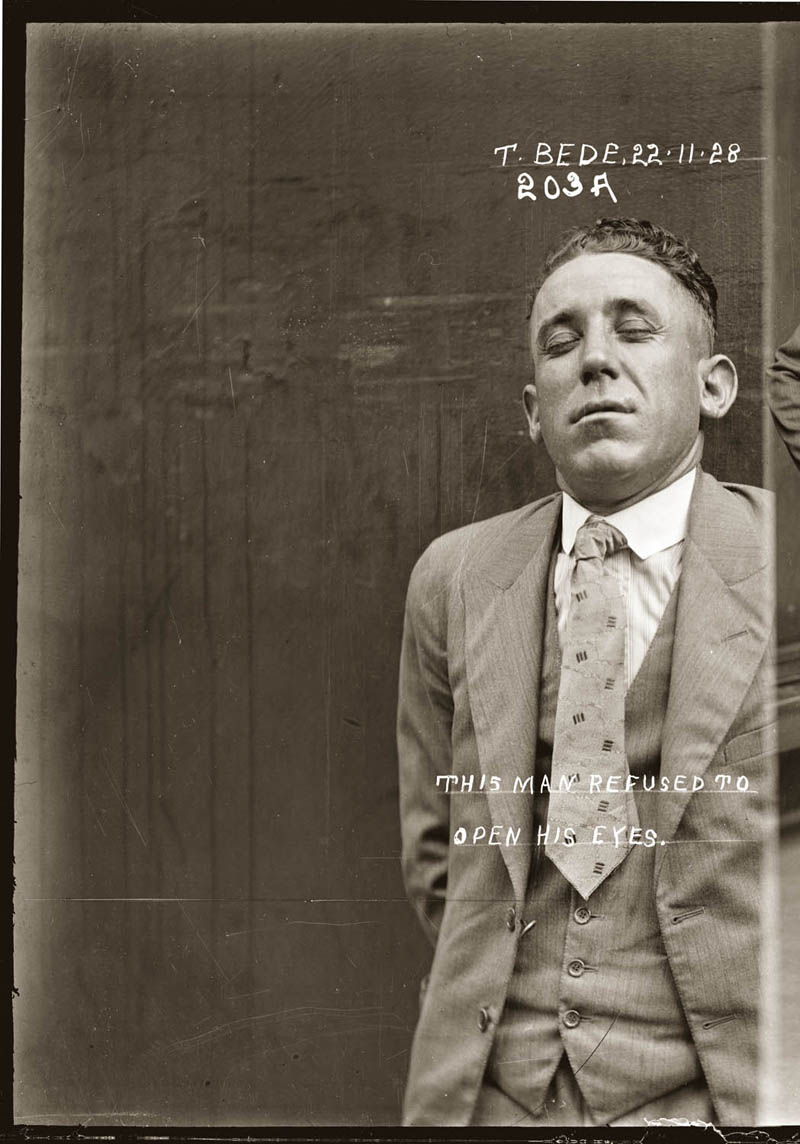