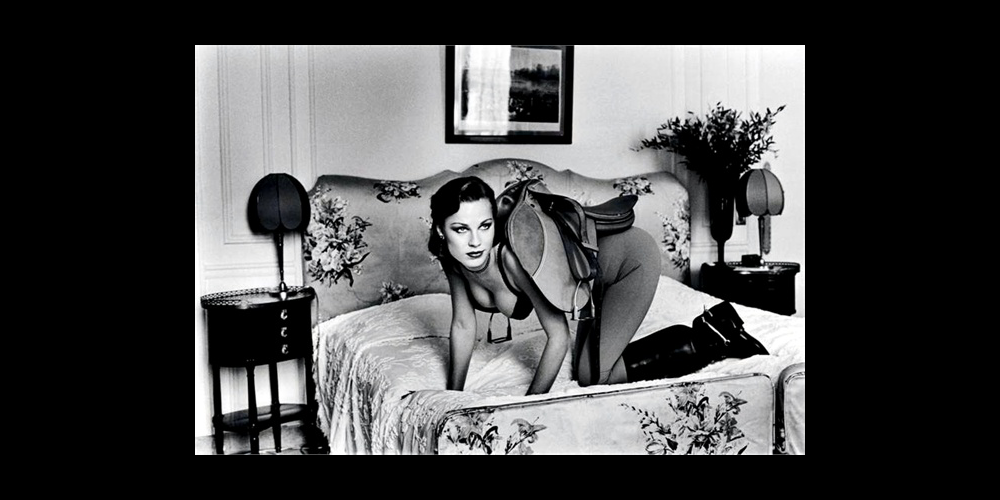 Helmut Newton – A World Without Men

The sensually erotic color and black-and-white prints of the late German fashion photographer Helmut Newton make a celebrated return with the re-release of A World Without Men. Spanning from the mid 1960s to early 1980s, this collection of photos–originally printed in 1984–was one of Newton’s first published books. Featured prominently in French Vogue, among several other fashion magazines, Newton said of his work, “I have to thank the commercial world, the ‘consumer society’—for whatever success I have had, not foundations, museums, or grants…I find the editorial page acts for me as a kind of ‘think tank’ or laboratory to try out new ideas.” This reissue, which showcases photographs of strong and enchantingly beautiful female protagonists, newly features a personal set of journal entries describing his captivating experience of each shoot. Newton creates an elaborate storyline surrounding the models starkly poised within the pictures and their interactions with the world around them. 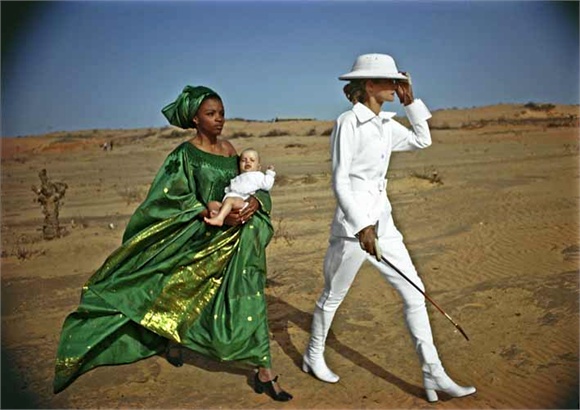 One particular photograph, taken for Stern Magazine while Newton was visiting the Saint-Tropez beaches east of Ramatuelle in the South of France, shows a model in a strong stance with her arm wrapped around a tree. Her black ensemble includes a lacy bandeau top, high-waisted pants, long gloves, a fur draped over her shoulder and a small feminine hat. In the background, standing along a sand road that is lined with parked cars, another woman, wearing nothing more than bikini bottoms, stands holding an umbrella as she stares at the model. Newton’s preference for shooting was in streets or interiors rather than studios. Some of the other cities serving as backdrops for the book include Monte-Carlo, Los Angeles, Warsaw, Lake Como. 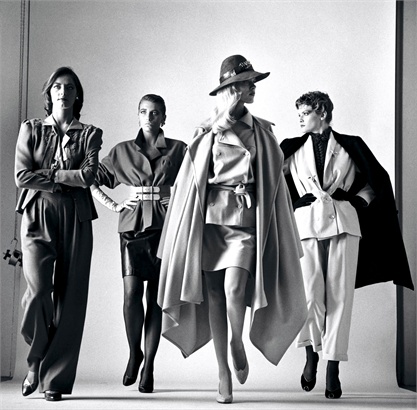 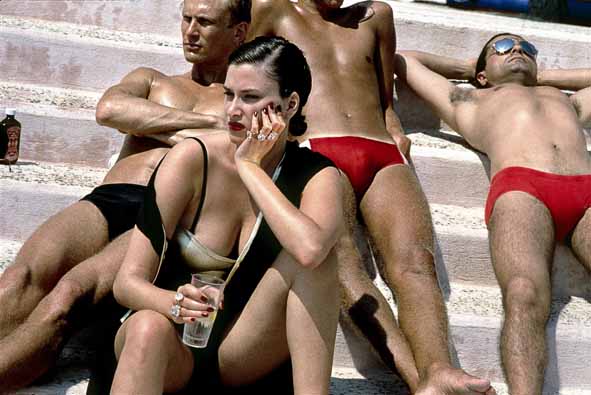 AWorld Without Men is available in hardcover for $59.99 through www.taschen.com.