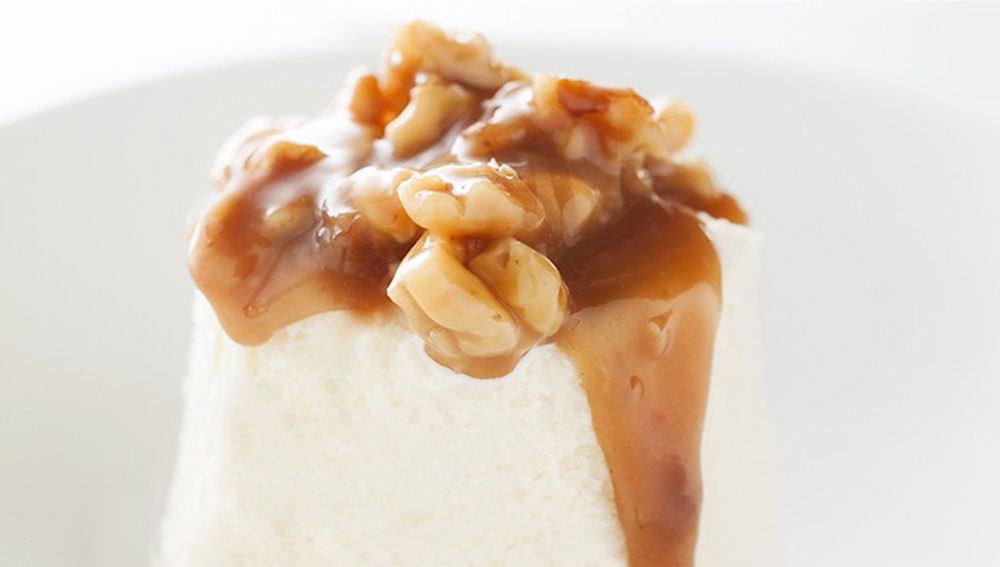 How to: Shooting Ice Cream Without Getting the Chills

When photographers hear they will be assigned to work with ice cream for the first time they usually cringe at the thought. Careful planning needs to go into the process of presenting such a delectable, yet challenging dessert due to its limited posing time. The only way to allow for more time without the ice cream melting would be to shoot the photographs in a freezer, but that’s not the ideal setup for a photographer.

One strategy to use when setting up for an ice cream snapshot is to figure out what the background will consist of without adding the ice cream. This could include the bowl to be used and other food accessories, like utensils and napkins. Once the backdrop for the photo is set it’s smart to use a “stand-in” before placing what is called the “hero” out for the final shot. 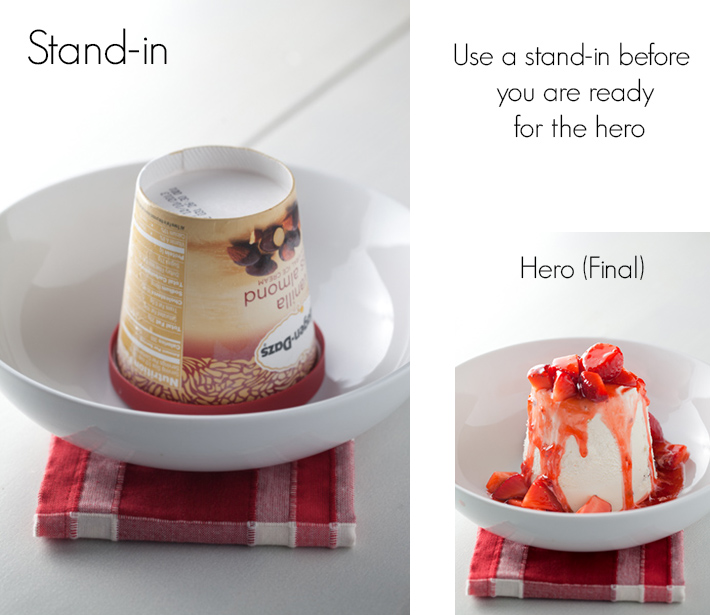 The “stand-in” is typically the same food the photographer will be shooting but maybe slightly flawed. Another strategy is possibly using the container the food came in while storing the actual food somewhere else. For example, if shooting a pint-sized ice cream sundae, one could use the small container the ice cream comes in and set it in the particular spot the sundae will be placed to get an idea of exposure and lighting. To make sure the ice cream stays solid, cut the back of the container and remove the ice cream and stick it in the freezer in a similar bowl to be used for the actual photo. It’s helpful if the “stand-in” is similar in size and color to the final product.

After strategically positioning the “stand-in” then it’s time to call in the “hero” to create the final image. The “hero” in this case would be the ice cream inside the freezer. After taking out the ice cream it is pertinent to apply any additional toppings and sauce as quickly as possible. 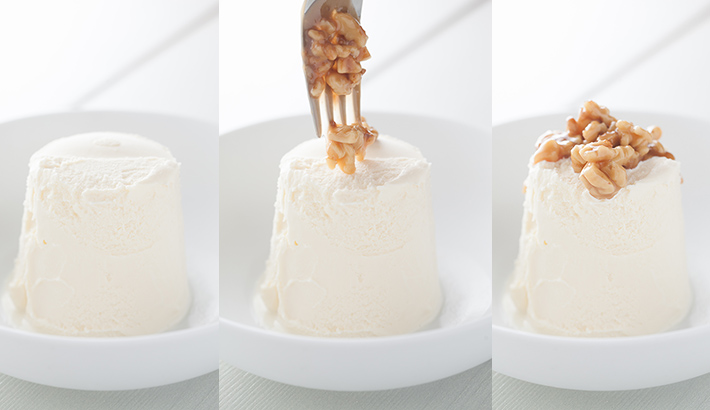 If your toppings include large nuts or pieces of fruit then it’s wise to apply these particles before pouring the sauce onto the dessert. This way you have more time to position the pieces before the sauce starts flowing down the sides. Once the large toppings are added, the sauce, which can either be thick or thin can be poured on. 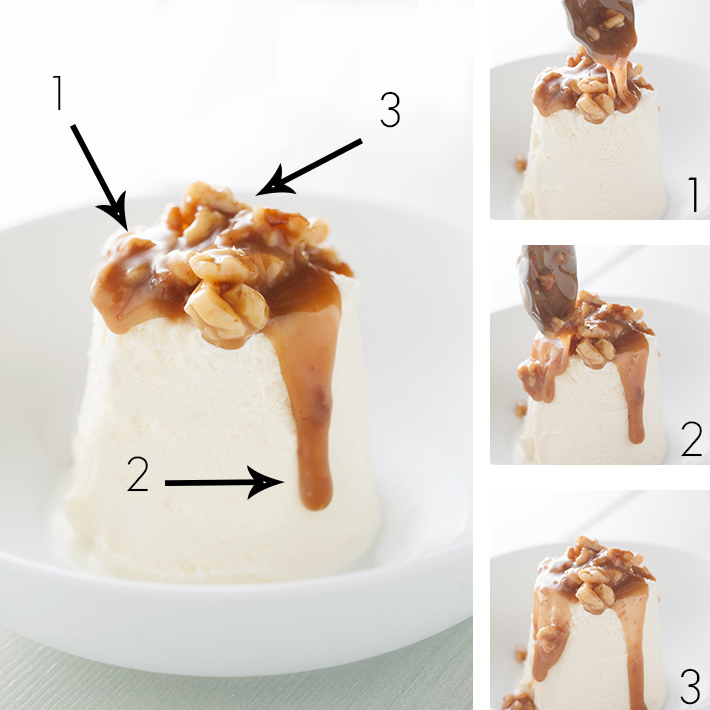 Be mindful that a thick sauce, such as peanut butter, caramel or chocolate sauce will react and sit differently on your ice cream than a thin syrupy fruit sauce. Some photos may need to be shot quicker than others, especially if the sauce starts to melt the ice cream. 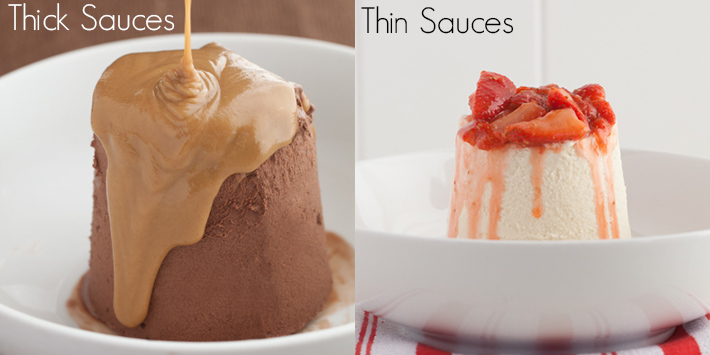 Another tip for shooting ice cream is shooting between and outside of two white foam board reflectors, since they provide better lighting for the shot. 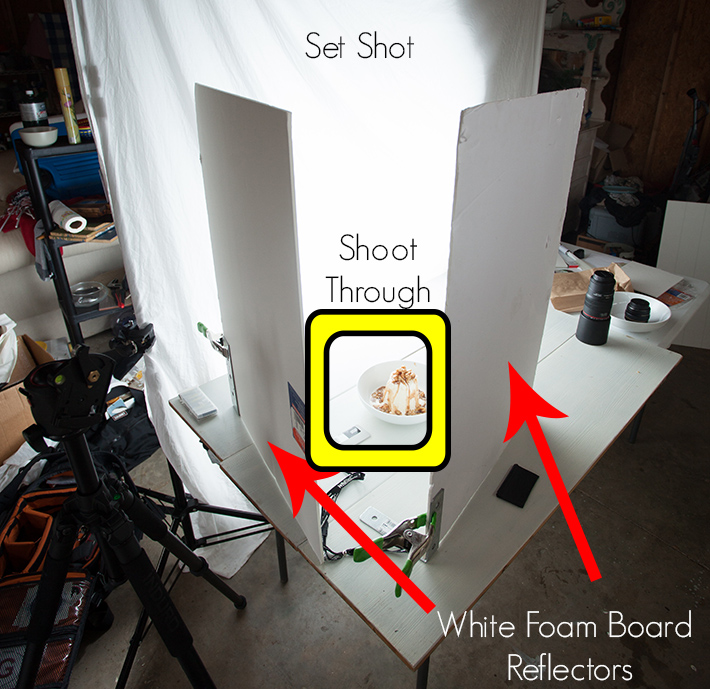 There are ultimately several ways of photographing ice cream and the pint-sized example is just one approach you could take. However, there’s no reason to fear capturing ice cream on camera, especially if you’re using a “stand-in” and “hero.” This method allows for more time for preparation in order to guarantee yourself the best photos of these tasty treats!

For more information on shooting ice cream check out FStoppers, which is a video blog well-known for their how-to tutorials and are a great resource for those looking for photography tips.