On April 15, I was watching TV, waiting to go do some laundry, when I saw the news of the Boston bombings. Instantly, I was taken back to 2001 when I found tragedy and horror of 9/11 on a similar glowing screen. Both times, my feelings were mixed with a certain amount of anxiety and uncertainty. Times like these, it seems we’re never safe.

The day after I stumbled on a photo series called To Boston. From Kabul. With Love. Each photo shows a Kabuli, holding a sign that reads, “To Boston/From Kabul/With Love.” These pictures had a way of calming me. Those feelings of anxiety and uncertainty were, at least temporarily, forgotten. When one end of the world waves to the other, I find relief in the simple gesture of support. Being so influenced by the series, I just had to write about it. So, I contacted Beth Murphy to talk to her about it.

After Murphy, a Boston-based documentary filmmaker, currently filming in Afghanistan, heard the news about Boston, she decided she wanted to send her love home. “At first, I just planned to take one picture of myself holding the sign,” Murphy said. “I wasn’t sure if I would just send it privately to my husband or post it.”

Murphy just knew she wanted to do something. And what started the idea of To Boston. From Kabul. With Love. was her conversation with CARE International Officer Frozan Rahmani. “She expressed a deeper understanding of the tragedy, a deeper connection to the tragedy precisely because of what they experience here,” Murphy recalls.

And when Rahmani spoke the initiating words, “I wish there was something I could do,” Murphy took out the sign she had made, and the first picture in the series was taken (below). In difficult times, the Internet often will flood with photos of support—or equally, protest. Family members have been known to send support pictures to soldiers overseas—or vice versa. A recent example is the We Are the 99% Tumblr campaign, featuring individuals holding signs with lengthy reasons to support the Occupy movement. 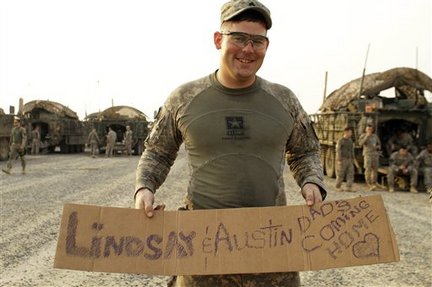 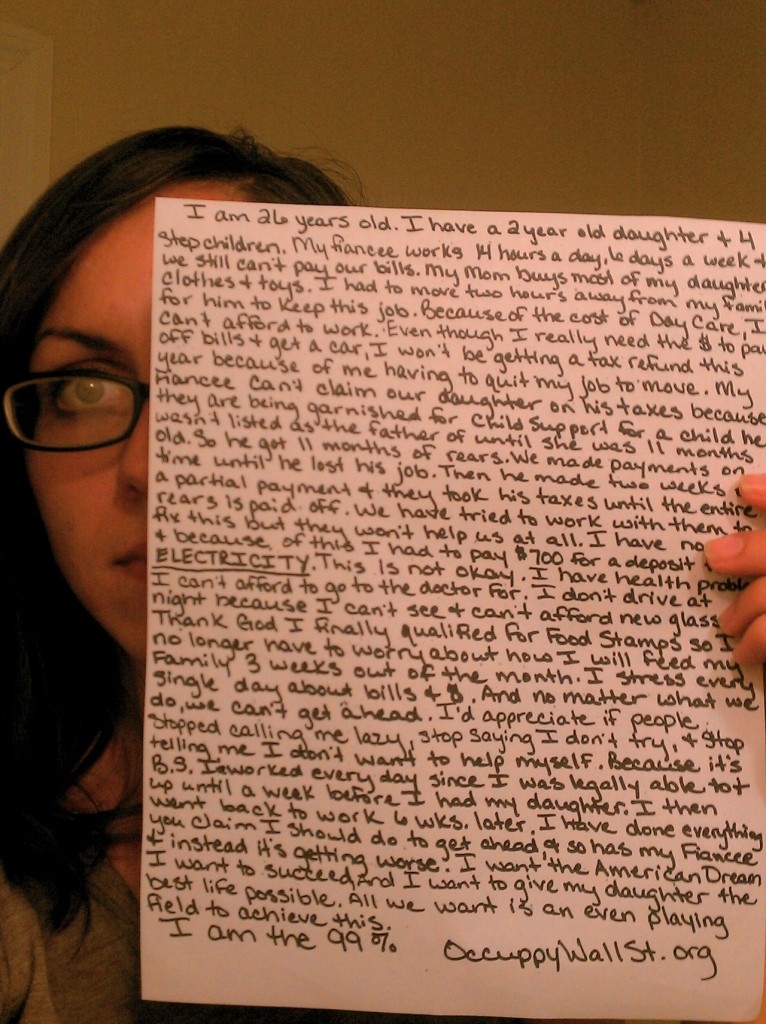 After taking the first photo, Murphy posed similar photos with Kabulis featured in her upcoming documentary and random people with whom she happened to converse. “Most of the people I talked to had already heard about the bombing,” she said. “It was the top story here all day.” All were enthusiastic to include themselves in sending their love. And a mother and aunt even were eager to include their daughter—even though she might not fully comprehend the tragedy. Also eager to send her love was Sahera (pictured below), a widow whose husband was killed during Taliban rule. Murphy first met her while filming Beyond Belief, her documentary about two 9/11 widows who helped themselves and other widows heal in Afghanistan. Murphy had previously withheld the photo because she first wanted to write about her reaction to the bombing. “I am still overwhelmed by what she told me,” Murphy  explained.

“We are all creatures of God. It is my feeling as a human being. My feeling for humanity. Because we also suffer a lot in Afghanistan. We see these things happening all the time. And this was my personal feeling — I became very sad when I heard the news on the TV. Also, my kids — my whole family became very sad. These people just went to see the running and this is what happened. As we’ve passed more than three decades of war, I understand this feeling very well. I know the pain of this… I don’t want this to happen to any human being.” Sahera/Principle Pictures

On the day of the Boston bombing, Pulitzer Prize also had announced the 2013 winners. And as all the photos of the bombing were slowly rolling in, I was reminded of the photograph that had won Breaking News Photography the year before: When I pointed out the resemblance this photo had to those from Boston, Murphy responded, “When I look at the Pulitzer winner, it hits me in the gut. It resonates in a way that makes me feel the experience to my core. It rocks me. It shocks me. It pains me to see this pain. The picture resonates for so many reasons.” Murphy said the photos coming out of Boston have hit her in the same way as the Pulitzer Prize winner did, “But even more so because it’s home.”

“As much as people here in Afghanistan understand Boston better because of their suffering, I find that seeing these images from Boston deepens my understanding for their experiences here.”

To read more about To Boston. From Kabul. With Love. visit Principle Pictures website. 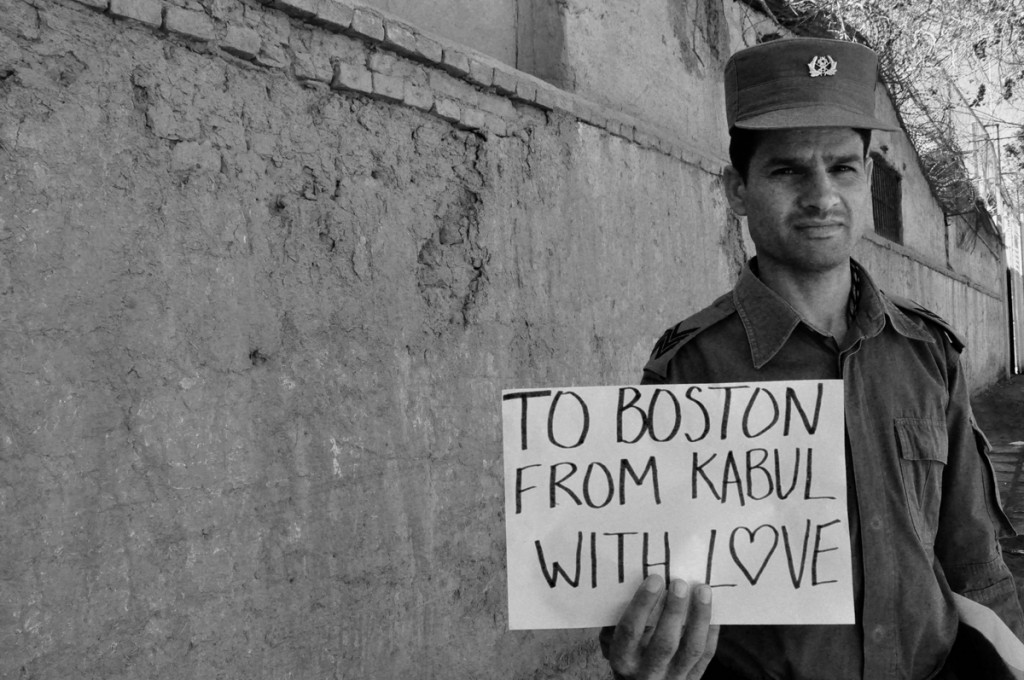