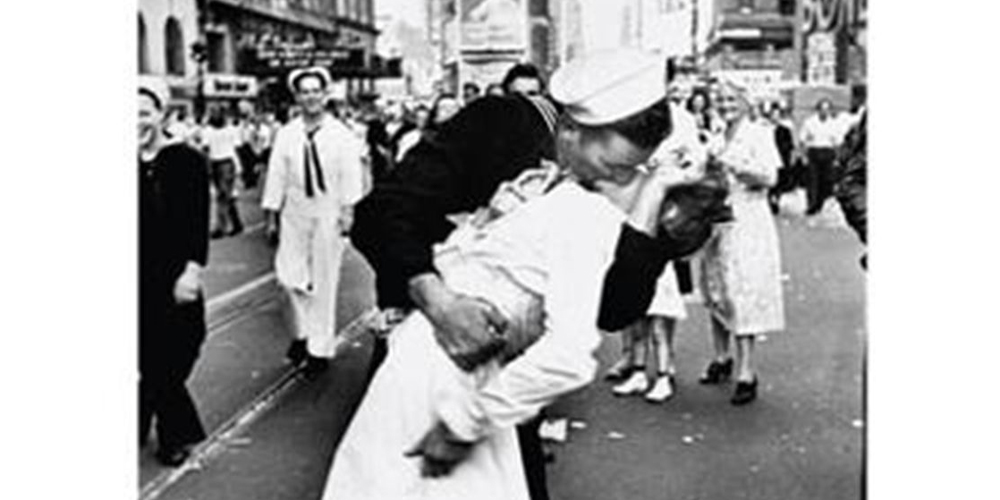 At 4am, the Westlicht Camera Auction announced the sale of the Leica IIIa rangefinder used by the German-born American photographer and photojournalist Alfred Eisenstaedt during World War II.

Created in the early days of the War, the Leica III was manufactured between 1933 and 1946 and used by many photographers. Eighteen years after his death, Eisenstaedt’s famous camera is finally up for sale.  Otherwise known as the infamous camera that captured one of the most original and unforgettable images of the 20th century Eisenstaedt’s 1945 V-J Kiss in Times Square encapsulated the spirit of the times – the joy, the release, and the force of emotion that overtook the city, and most certainly, the country when World War II ended.

Eisenstaedt had taken many photos of people kissing, celebrating, crying and carrying on with reckless abandon, but it was Kiss in Times Square that captured the rapture of the crowd and also of a shared moment between two individuals.