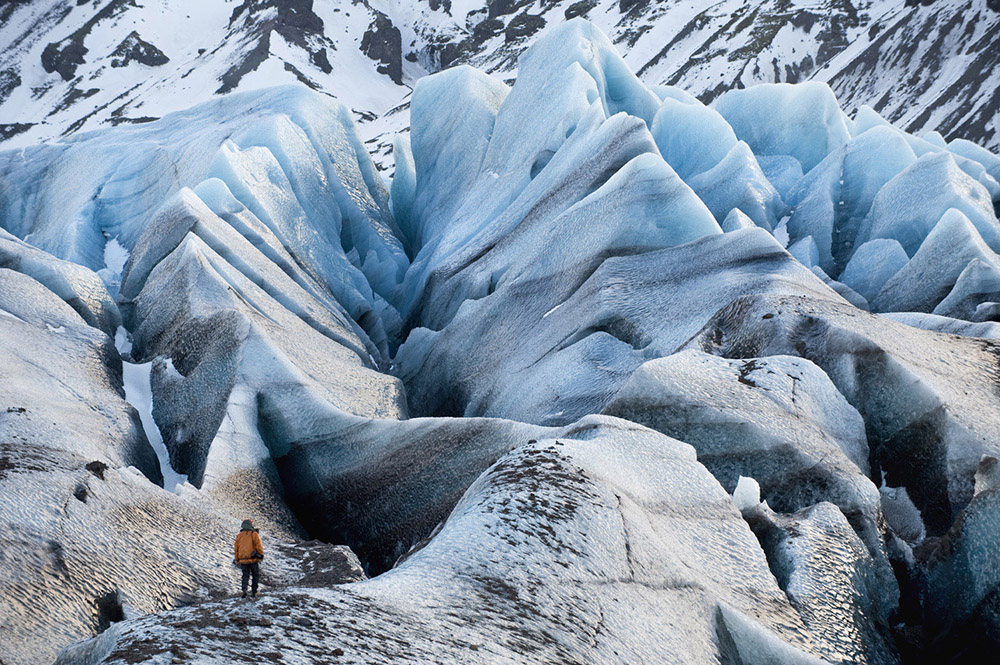 National Geographic photographer James Balog‘s documentary, Chasing Ice, is airing on the National Geographic channel on Friday, April 19 at 8 p.m. ET. The film documents Balog’s journey as he documents the quick decline of the Earth’s glaciers. Resource’s 2013 Winter Issue featured a previous review on the film, which can be seen below: 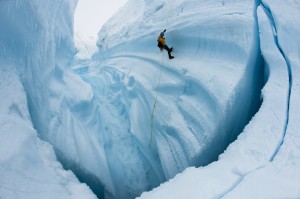 It’s been five years since James Balog initiated the Extreme Ice Survey (EIS), the most extensive ground-based photographic glacier study ever conducted. Known for his nature photojournalism, as well as being the first photographer ever commissioned to create a series of stamps for the U.S. Postal Service, Balog summarizes his work as a “voice for landscapes.” Born in Danville, PA, he developed an interest in nature in his early childhood, apparently influenced by his mother, who was a professional landscape painter. Balog became an avid outdoorsman, mountaineering while earning a master’s degree in geomorphology at the University of Colorado, and soon realized his future laid in capturing his experiences through the lens of a camera instead of examining them through the lens of a microscope. 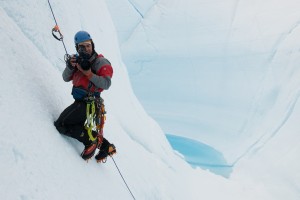 It was during the late ‘70s when Balog began using a Nikon to teach himself the basis of photography. He recalls that most any landscape photographer you asked at the time would cite Ansel Adams and Eliot Porter as their influences; so instead of “repeating the glory of wilderness pictures,” Balog says, “I somehow thought ‘OK, everything that’s been said about wilderness has been said already, but there’s this whole other dynamic going on—wrestling back and forth—that would be a much richer place to be devoting myself.’” His foray into glacial retreat began in 2005 when The New Yorker dispatched him to photograph glaciers in Iceland, which then led to a National Geographic assignment a year later to document glaciers in various parts of the world. The EIS is now the latest study of Balog’s career based on what he calls “the collision zone”—that is, spaces that demonstrate human impact on the natural environment. 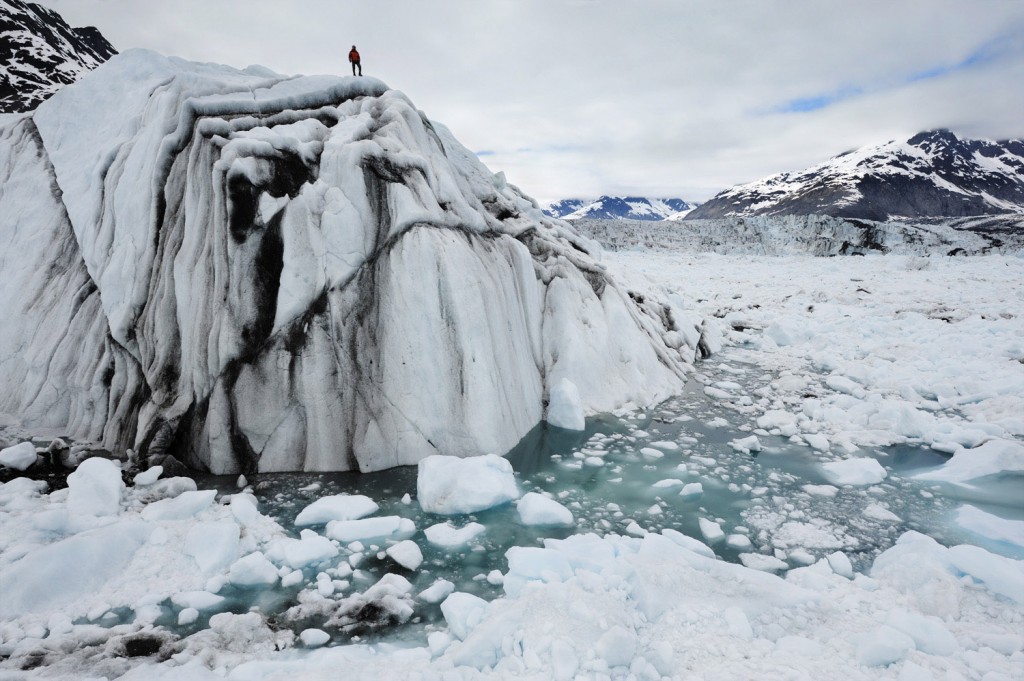 Working with a team of scientists, videographers and extreme-weather expedition experts, Balog spent six months testing the EIS’s extraordinarily durable camera system. He and his team installed as many as forty-three Nikon D200 DSLRs at a time on eighteen glaciers in Greenland, Iceland, Alaska, Canada, the Nepalese Himalaya and the Rocky Mountains, representative of distinct regional conditions and deemed of “high scientific value” by glaciologists. Enduring 150mph alpine and arctic winds, temperatures as low as -40°F, blizzards, landslides, torrential downpours and avalanches, the cameras were protected by waterproof Pelican cases, mounted on Bogen tripod heads, and affixed onto cliff faces above the glaciers by anchors and guy wires. Each of the resulting camera units weighs anywhere between 125 and 150 pounds. Interval-o-meters shoot once every half-hour during daylight hours, amounting to 8,000 images per camera per year. Solar panels collect power, which is then stored in batteries, while a customized series of electronic controllers triggers the cameras to shoot once there is sufficient light. The total survey archives now include more than 800,000 frames. The time-lapse record is supplemented by occasionally repeating shots at fixed locations in Iceland, Bolivia, the Canadian province of British Columbia, and the French and Swiss Alps. 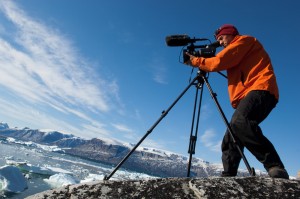 The digital images are downloaded as frequently as every few months, or as rarely as once a year, depending on how remote the site is. Cameras are serviced by expedition teams on foot, skies, horseback, dog sled, fishing boats, and helicopters that can cost up to $8,500 an hour to charter. So perhaps it’s not all that surprising that the most difficult part of the EIS is not the unpredictable terrain, or the threatening weather, or even the complex technological logistics, but rather raising the money necessary to continue the project. “It’s like chasing smoke,” Balog says. 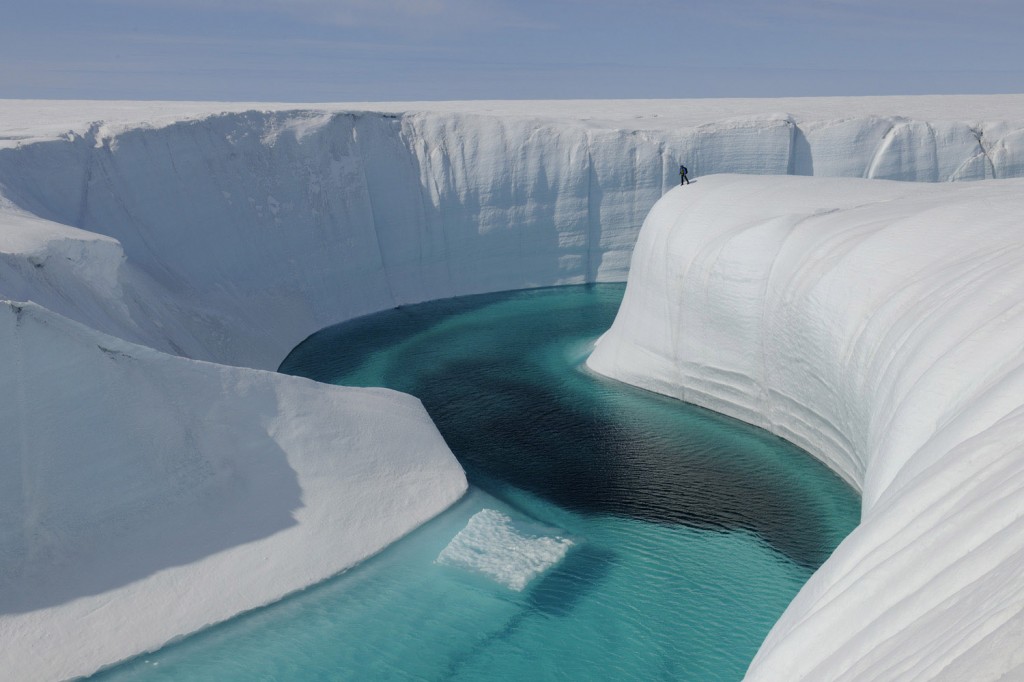 Balog had been producing his own short informational videos in order to fundraise for the EIS, but was frustrated with the costly expense of recording and was about to quit when a friend introduced him to a Stanford University senior film student, Jeff Orlowski. Orlowski became solely responsible for financing, allowing Balog to resume his environmental focus. “It’s not about the camera,” Balog says, before stopping himself and quickly clarifying, “Well, it’s all about the camera, in the beginning.” Viewing photography as an invaluable form of visual evidence, Balog considers himself, and photographers in general, as the “antennae of civilization—feeling in the darkness, trying to see what’s around us and reveal what hasn’t been revealed before.” The resulting feature-length documentary, Chasing Ice, premiered in theaters across the United States in November and has proven to be as much a compelling testimony of climate change as it is the impressive demonstration of the awesome power of the image that impassions Balog. 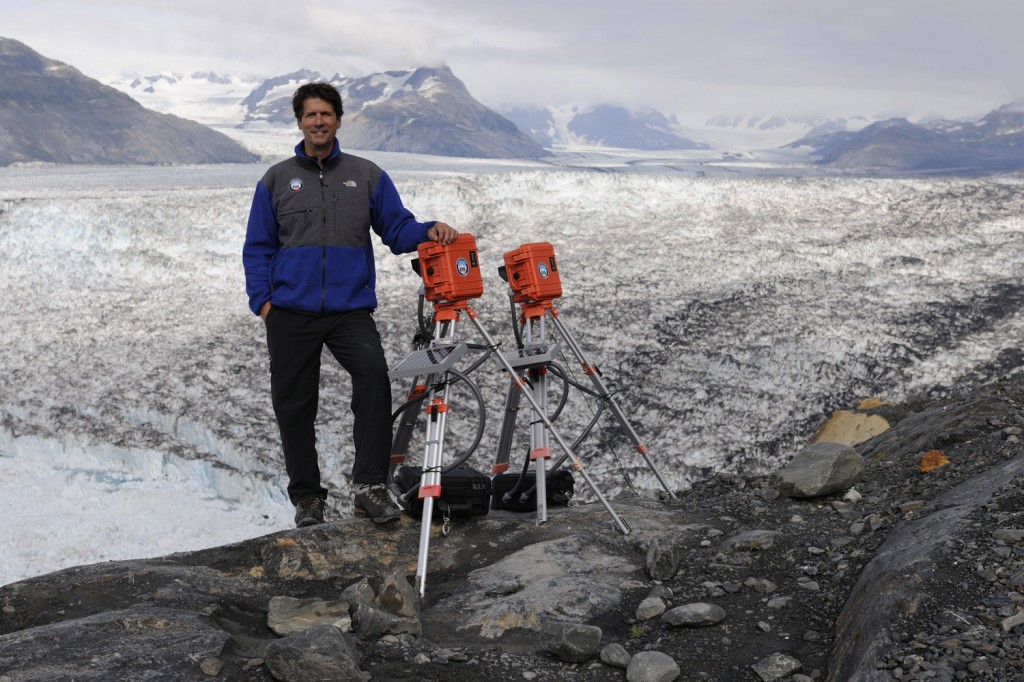 Talking with Balog, I ask him how the film has been received. “I’m on the twentieth floor of this commercial building here in New York, with walls of windows all around me. All of these rectangular windows are like a documentary, providing a portal through which we can look and see the world and rethink.” From inside the building, we’re held captive by our decisions—namely, to ignore the impending consequences of environmental degradation—but there’s an ability to see beyond our immediate circumstances (or in the case of this apt metaphor, outside the windows). Once you do, you realize there’s another version of life existing through them, and you can break out from the buildings. Or not. “The world has a way of humming along,” Balog believes. “The status quo prevails, we get tired and decide what we do doesn’t matter, but in fact, I think that’s unduly pessimistic.” And ultimately, for Balog, it comes down to asking ourselves, “Is the world a better place if we all stay silent?” 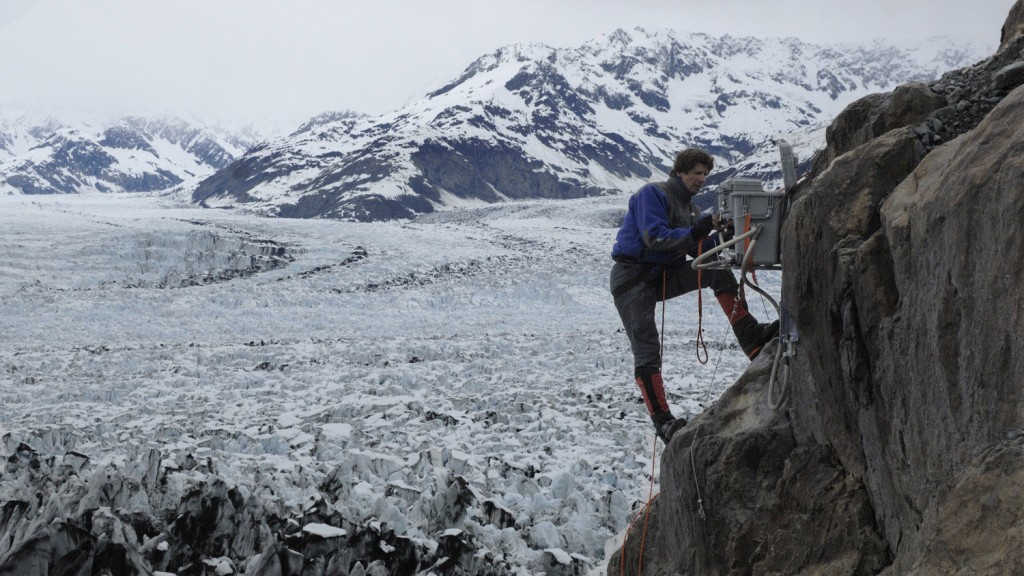 The EIS’s major findings to date are also the subject of Balog’s new book, Ice: Portraits of the World’s Vanishing Glaciers, which was released on September 11th. Not to be mistaken as a concluding capstone, the book is a milestone installment of the EIS, which Balog says will continue indefinitely and foresees, “Five years out, there’ll be a Chasing Ice sequel.” With no signs of slowing down, in Balog’s opinion, the “glacial pace” of melting ice “should be of interest to every human on this planet.” Balog is hoping the enormity and rigor of his environmental conscience will inspire people; as he explains, “Not enough people have slammed their fist on the table and said, ‘Goddammit, we need to do something about this!’”

SIDEBAR
As unforgiving as arctic environments are, Balog isn’t the only one who’s chasing ice. Large-scale photographer Caleb Cain Marcus ventured to Patagonia, Iceland, Norway, and Alaska for his second monograph, A Portrait of Ice, which explores our relationship to space through photographs of icebergs unlike anything you’ve seen before. While Dublin-born photographer Dave Walsh works with the International Polar Foundation in Brussels, to promote environmental activism. His photography book, The Cold Edge, shows the Arctic and Antarctic in peril from climate change.