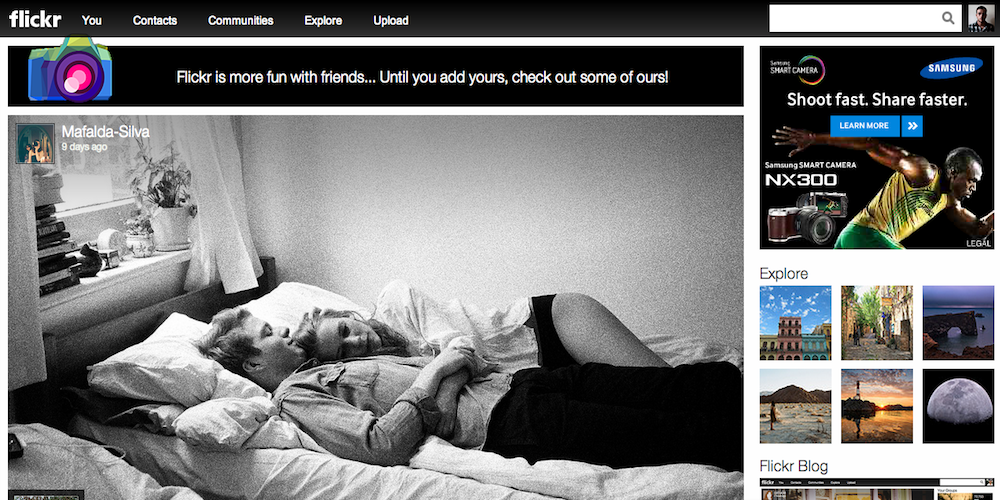 Yahoo is up to something: First, it buys Tumblr, and now unveils a Flickr redesign. Whatever the company is doing, it seems good to me because the Flickr makeover is bigger, badder and overall better.

All users have a terabyte free. A terabyte. And according to the slider on Flickr, that’s a whole lot of photos. And the photos themselves can now be larger because photos can be uploaded at full resolution. (Though, I’m sure this will not help copyright headaches.)

Getting with the times, Flickr can now connect with everything: smartphones, other computers and whatever social media platform. The new redesign will even tell you if you don’t have enough friends (see above photo). And the  layout finally looks current, especially now that Flickr users can scroll endlessly through photos upon photos. But is this better than scrolling mindlessly through memes? Probably.

Though some are unsure of Yahoo’s buying-out Tumblr, I think the redesign will put the company’s intentions in better light. 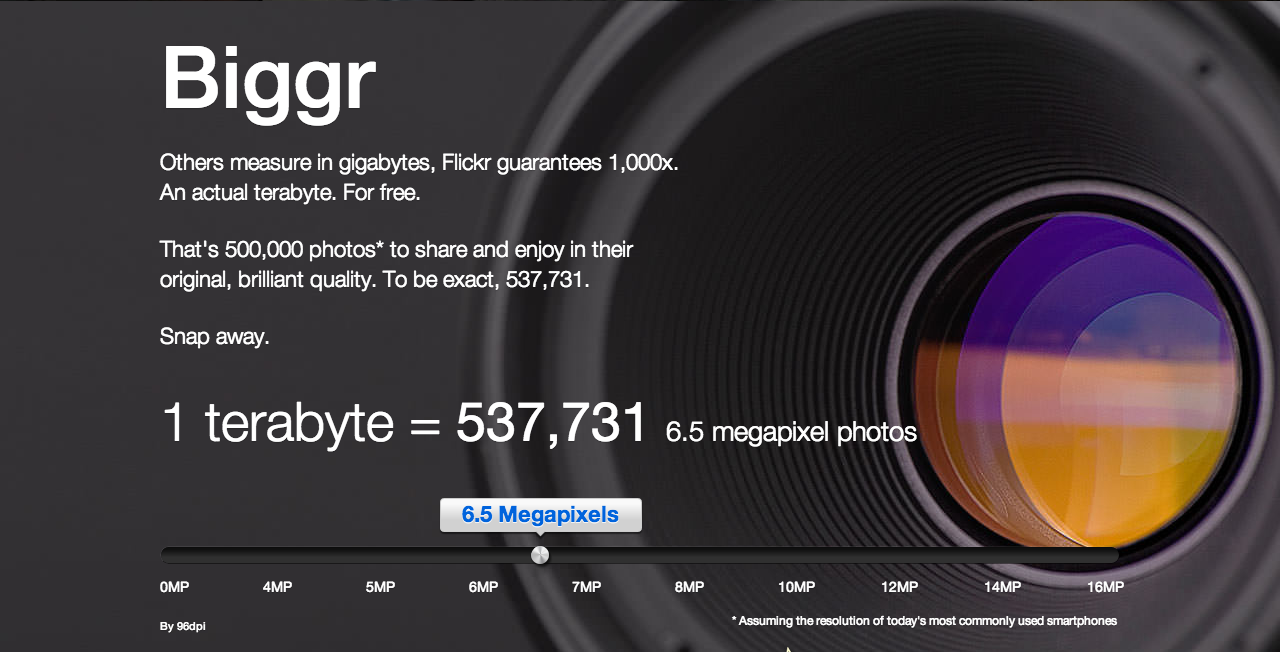