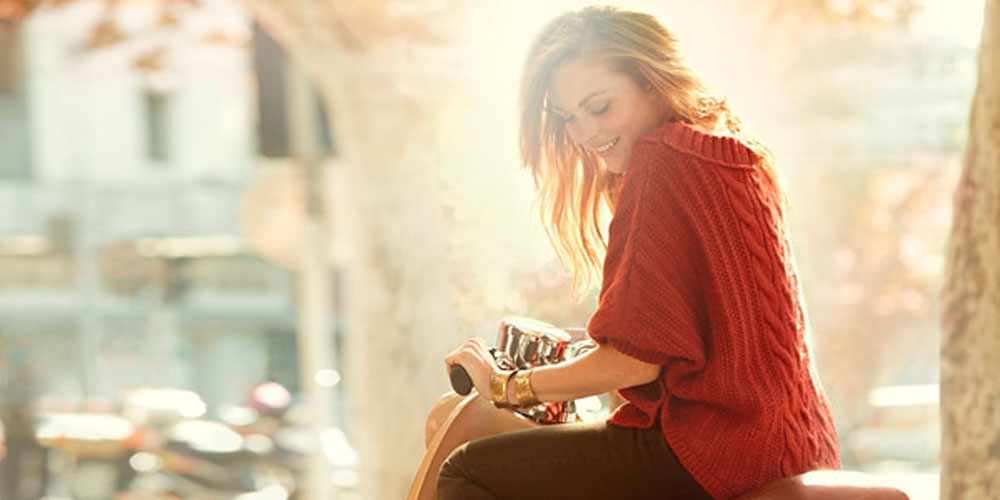 The Muse: Modeling in the Fashion World by SmugMug

Next in the short series of posts from Dallas Nagata White’s amazing team  is Katharine Schuette, a recent university graduate and model extraordinaire. Her perspective is the final corner of our fashion shoot trifecta. What’s it like to be a professional model in the industry? Is it everything we envision it to be? Here’s what she had to say!

What is your story? How did you get into the modeling industry?

Modeling just happened to me, I didn’t seek it out. One weekend while walking to Waikiki beach, I picked up a local fashion magazine. The back page featured a raffle for a free haircut – and as a college student, I found this offer enticing. I won the raffle (I was probably the only person that responded), and when I picked up the gift certificate, the editor asked if I’d ever thought about modeling. Although I’d vaguely recognized my own bone structure in those of the models in advertisements, I never really gave it much thought. Especially since I live about five thousand miles away from New York, and am in the exact opposite time zone as Paris. I didn’t know at the time that Honolulu has a small but thriving fashion scene. 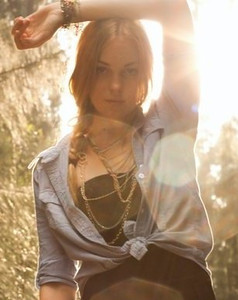 The editor set me up with a few test shoots with local photographers, and helped me shop around for agencies. My career unfolded from there, and in 2011 I had the opportunity to work with Wilhelmina LA, so I left Hawaii for awhile and tried my luck in the big leagues. I’m winding down now because I’m focusing on my “real” career, but I’ll still shoot if I get a booking, or if friends or skilled photographers want to work with me.

I love that with modeling comes travel, new faces, clients from all over the world. I’m saturated with wanderlust but tied to the second most isolated place on the planet, so when I spend the day with a group of Norwegians posing with Tahitian kids at Sandy Beach, I’m a happy girl. “Wow, how is this my life?” always hits me in the middle of shoots, or when I land in a new city. I’ll never forget standing in Shanghai and looking out at the Pudong skyline by night, trying to communicate with tuk tuk drivers in Thailand, or driving past thousands upon thousands of windmills on a road trip-themed shoot from Vegas to Palm Springs. I never would have had those experiences in my early 20s if not for this job.

It gives me a chance to get away from my typical daily life, wear clothes I’d never wear, and basically pretend to be someone else who is far more glamorous than I, with better hair, for a day. I’ll miss my job when it comes time to claim the inevitable title of “former model.”

Who takes creative lead on the shoot? Who contacts who?

It depends on the client. I wouldn’t be the person to ask about this, I just show up at call time. There’s might be an art director on larger shoots who handles a lot of that. My responsibility is to communicate with the client and photographer to understand their inspirations, vision for the finished product, and especially the emotion they want to convey. 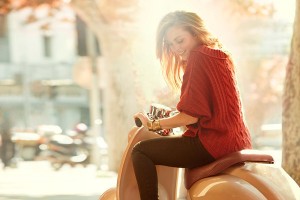 What’s the most important bargaining chip for models?

A model needs to understand what emotion the photographer wants to portray at any given moment, and know her body and face well enough to make sure a large portion of those pictures come out well. She needs to be able to do ridiculous things like hang from unsteady tree branches or splash around in the ocean in December (in heels, probably) while appearing completely “relaxed” and “natural” (these two words usually come up when I’m in a particularly precarious situation).

It helps to be friendly, never complain, and be professional. I had a client who booked a model with this great sullen, bored look that would be perfect for selling clothes to teenagers. Unfortunately for them, this was actually her personality and she ended up storming off down the beach mid-shoot in their sample clothes, never to return.

What happens on the day of the shoot?

I show up at some ungodly hour even earlier than necessary because I am prideful about my punctuality. I find the coffee. I find the client. Now I am ready to sit in hair and makeup for up to three hours, usually two; then, the stylist gets me ready for the first look. By then the set of the first image is prepared and the photographer and I get to work. There are assistants around, and stylists maintaining the integrity of the look. But there is an unbroken line of communication between the photographer and the model – the photographer has a vision and an inspiration, the model understands that vision and does her best to create the image he or she wants.

We’ll work our way through however many looks the client needs, and by the “golden hour” are ready to shoot the final image. This one is always my favorite because the light is easy to work with – all angles look better! – and also, I’m about to go home. On the best shoots, the whole team will go out to dinner afterward to celebrate.

What contracts, insurance and other business details do you need to make sure get handled?

My agency handles the business end, which is why I give them a 20% cut. My agency in Hawaii is especially reliable and I’ve never had a problem getting paid on time, unless the client was delinquent, but they’ve never failed to claim payment eventually. The mainland was a little different because there were so many girls; if I didn’t keep track of every invoice I probably wouldn’t have been paid for several jobs.

I also have to take out all of my own taxes and keep track of business expenses, of which there are many. I’m lucky because I can include expenses such as bikini waxes and gym memberships on my expenses each year.

I signed a 2-year contract with my agency but it’s kind of a charade because they can drop you at any time if you gain weight or you lose a limb or something. 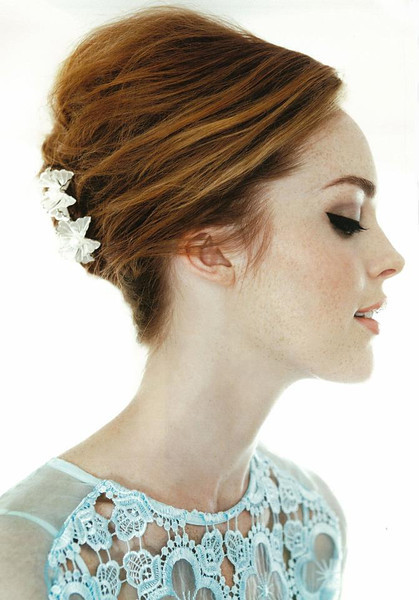 What is your opinion on TFP (Time For Prints)?

It’s great if you’re just starting to model and the photographer is experienced. If you’re an inexperienced photographer, I can imagine it would be difficult to book a professional model, so you might have to find a new face to work with. By the time a model is established, she should be able to book enough editorials where she won’t have to do any TFP. I wouldn’t do it now unless it were with my close friends who are photographers.

Do you you ever initiate projects with photographers?

My agency vouches for me if a client is interested; I do not initiate jobs. By the time the model is booked, the shoot is probably completely organized, and then a couple of weeks (or even days) before, they’ll hire me.

What does the ultimate dream job look like for you?

Oh wow, this is great. Okay, I am in Tokyo, I’m thinking something involving a Frida Kahlo inspired look, on the streets of Ginza in the spring on Saturdays when the roads are blocked off from traffic.The photographer is my favorite in the world, Harold Julian (who is off in New York now!). Whenever I felt nervous on a shoot in LA, I would pretend Harold was actually the one behind the camera. He’s kind of a quiet guy, but when he starts shooting he gets really energetic. And while he’s shooting, he’s explaining what attitudes or emotions he’s envisioning for the shot; he lets me use that inspiration.

Some photographers will have a certain vision they want to fulfill and tell you exactly how they want you posed, down to your fingertips, and it can be really suffocating and drags a lot of life out of the image. Harold gives more vague ideas or asks me to try certain things, but it’s never strict, and he lets me work within that framework of what he has in mind. It’s such a positive, creative atmosphere. 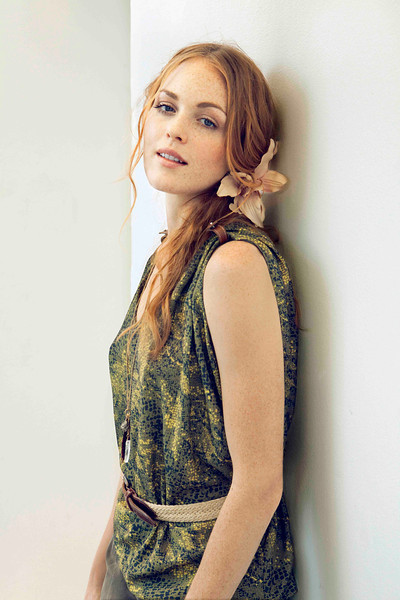 f you had to pick 3 things that you wish photographers would consider when working with models, what would they be?

I can only really speak for myself because I’m not sure how all models feel, but I like when photographers act relaxed and friendly and take the time to get to know my personality before we start working. I also want photographers to be able to get the right rhythm between when I pose and they shoot. It’s difficult to hold a facial expression or pose for longer than a half a second without the expression falling flat or looking unnatural. I like to be able to move fluidly between poses. And third – play music! I love when the music matches the theme of the shoot, how it helps you get into that headspace of acting like someone completely new.

Is it generally expected that you’ll get copies of the photos to use for your own portfolio?

It doesn’t always happen and sometimes I have to go out and buy the magazines to use in my book, but really great clients are conscientious about sending me a few copies. If I’m shooting for fun or testing, it’s important that the photographer sends me the pictures because that’s the whole point of giving up a day, or morning, to work. If they take forever to return the finished images, that’s a sign that they’re unprofessional and it’s unlikely I would work with them again. How hard is it to use Dropbox? 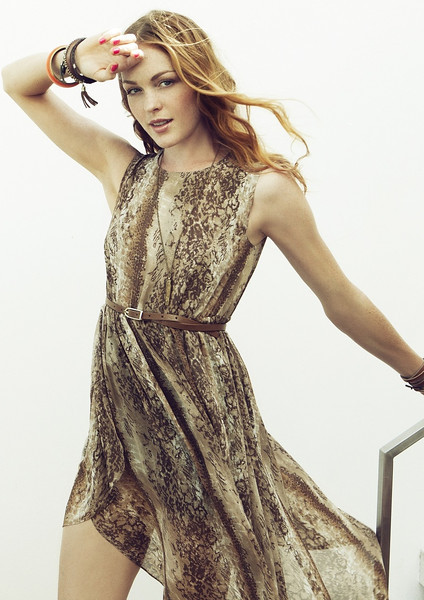 Everyone has their “best angles” in photos. How do you find a balance between what works for you vs how the photographer wants to pose you?

If the photographer wants me to pose in a very specific way, I just have to work with what he or she is asking. They have the final say, but I try to angle my face or body in such a way that it will still look good. If the photographer is more lenient I can pose how I see fit and play around with different looks until I hit on something that inspires them. Then I’ll work within that more narrow range of poses and attitudes.

How would you suggest up-and-coming photographers get started with finding a model to work with?

Don’t find a model. Shoot people – friends, family, anyone. My friend Ja Tecson, in Los Angeles, is a great example of what can be done without using a “model.” His images are crisp and colorful and full of energy. And although many of the people he shoots are really attractive, they have a genuineness that makes the images interesting.

We hope that all of you budding photographers are as inspired as we are after seeing what happens behind-the-scenes of the great fashion industry. So tell us what you think. Have your experiences been any different? Are you inspired to try adding more fashion into your portrait shots? (Original modeling article was via  SmugMug blog)