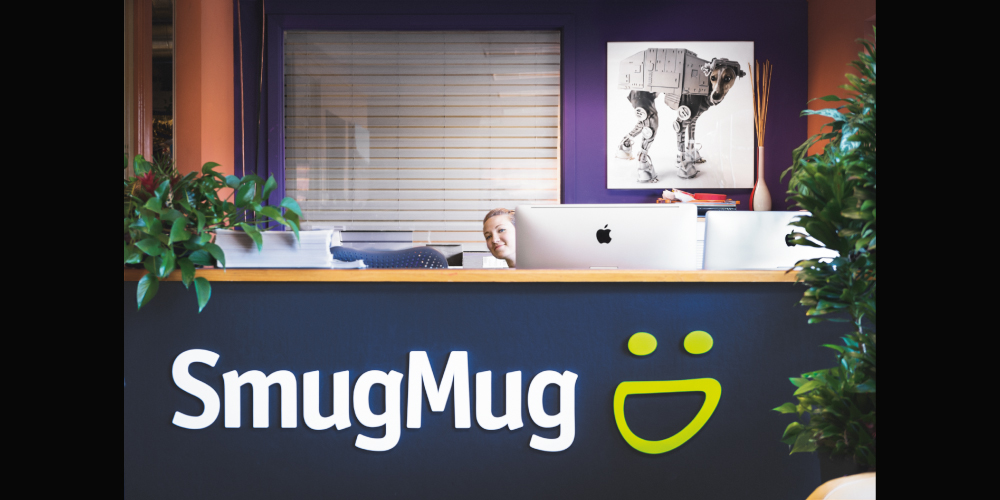 SmugMug – The family who works together, stays together

Silicon Valley companies love to dangle perks in front of their employees, but too often these benefits appear more like candy-coated business ploys than gifts. The more they dish out—meals, on-site trainers, happy hours, fancy toys—the more dependent the worker becomes. Arrive early for breakfast and stay late for a workout, another report, and a couple more emails. Working until 10 p.m. doesn’t feel as bad when you get cake. But in the rare case of SmugMug, the flashy extras are a reflection of a genuine interest in the employees’ wellbeing and all stem from the creation of an all-inclusive extended family.

SmugMug, a customizable, digital photo-sharing service for photographers of all skill levels, hit the net in 2002. Strolling around their Mountain View, CA, office, the vibe is ostensibly cushy: the breakfast shelves are stocked with juices and granola bars, a chef prepares lunch on a daily basis, and a barista serves afternoon espressos. Five dogs roam around the modern, quirky space, and there’s an on-site gym. Meetings take place on purple leather couches and oversized bean bags, and everyone stutters when declaring job titles due to the flexibility of their roles. But the parallels to burgeoning start-ups and overbearing tech companies don’t extend far past the lunchroom—SmugMug continues to hold ground as an independent company that sincerely values its employees.

“Yes, we’re spoiled, but we work hard for it,” says Ops Engineer Travis Theune, wearing a proud grin and a SmugMug sweatshirt.

It’s nearly 2 p.m. on a Tuesday and the energy level is refreshingly calm and positive as people casually wrap up their conversations and head back to their desks. The previous hour was spent in the communal dining room, chatting and feasting like one big, happy family. Chef Beth Nichols and her two assistants provided a feast of health-conscious dishes: spicy sweet potato soup, pork chops, coffee-adobo rubbed tuna, mushroom and spinach rice served in an open-face squash, three kinds of salad, and a deep bowl of fresh fruit. Plates were stacked impressively high as people settled at the picnic tables, forks moving fast, hounds circling.

The term “lifestyle company” gets thrown around a lot to describe businesses with these kinds of perks, but Head of Community Development Katherine Cheng ensures that SmugMug’s appeal goes beyond appeasing appetites. Honesty, trust, and respect—real, human-to-human, family-minded philosophies—are here to sustain the sugar high.

Founder Chris “Baldy” MacAskill and his son Don started SmugMug a decade ago, immediately hiring from the family tree, finding spouses, children, brothers, and sisters to fill the company’s growing needs. Since moving out of the MacAskills’ kitchen and into the digital photography spotlight, the business has grown to about 100 employees, split almost 50/50 between those who are on-site and those who work remotely. The company’s feel-good, family-operated mentality has not only stuck, but extended—literally: an odd proportion of the staff is related by blood or marriage. Within the population of those working at headquarters, there are five married couples. The cubicles aren’t a hotbed for romance though: all the couples were hitched before being hired, but after one fell in love with the job, their significant other applied for the party.

“It’s been recommended that when we hire someone, we should start asking for their spouse’s resume,” laughs Strong.

Beyond the wedded, the SmugMug staff is also really social, and not in that generic weather-weekend plans-water cooler kind of chatter; they hang out both on and off the clock. From yearly company-wide vacations, to monthly photo walks, weekly movie nights at the MacAskills’, and weekend photo shoots, this is a tight-knit group with legitimate bonds.

“I actually don’t think I have too many friends outside of SmugMug. Maybe that’s strange?” editor Steph Theune asks herself, pondering the thought for a brief second before shrugging it off. “The MacAskills are close and it’s admirable. That carries over into the company environment and it’s really fun. Some might think these dynamics could drive a person nuts, working with spouses, siblings and parents, but even with its challenges, it works.”

Theune, a former avid SmugMug customer, joined the company as employee number 34 in 2008. Her husband Travis was hired three years later and has an office just a few doors down from hers. Back when the couple lived in Mountain View, entire days were spent in the office—voluntarily—from breakfast to late-nights in the TV room. “We didn’t own a TV at the time. And all our friends were here.”

Community Manager Michael Bonocore was initially excited to come into the office only twice a week, but a few months in and he’s already looking for a place in Mountain View. “I didn’t anticipate how much I would love being here,” he says, highlighting the spontaneous photo shoots and the bonus of having his boxer, Rocky, at his side. “It’s amazing. Everyone is so passionate. And the goofy, funny ideas never stop coming.”

From special birthday treats to surprise cubicle decorations, the SmugMug staff is great at making people feel like people—not robots chained to their desks. Controller Ivan Makarov loves that his wife and three kids periodically visit for lunch, and he gets especially animated when asked about the photography equipment shared between employees. Is all this too good to last?

“We’re really growing,” Makarov says, noting the influx of hires in recent weeks. “Who knows how long we can do this.” While it’s easy to understand how a company’s family vibe could weaken because of growth, SmugMug’s strong ethics seem ready for the challenge. If there’s any truth to the saying, “the family who works/eats/plays together, stays together,” it seems like SmugMug’s future concerns will only be expanding the menu.

This article first appeared in Resource Spring 2013 issue, which is available here. 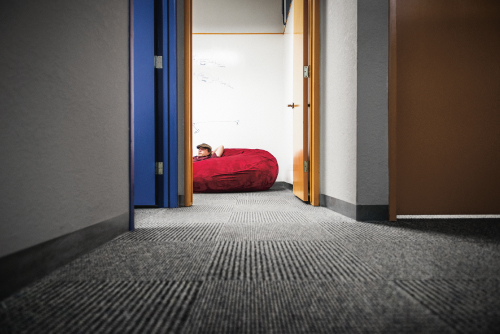 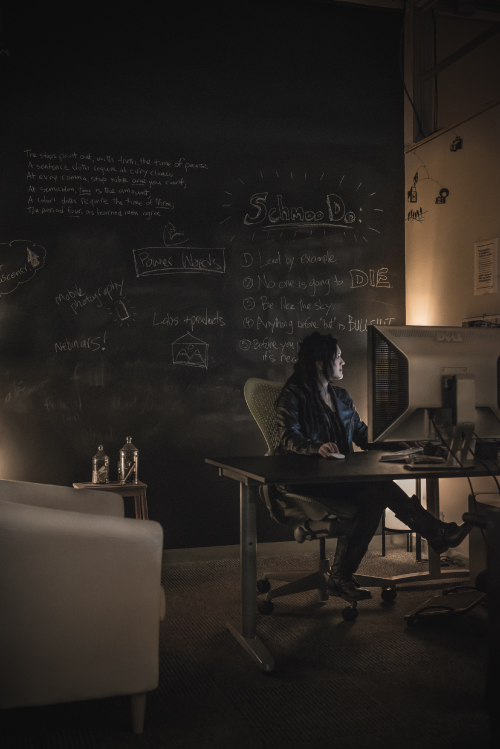 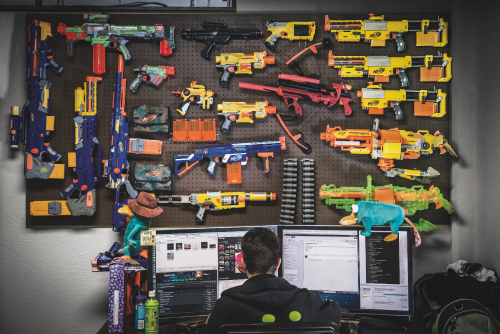 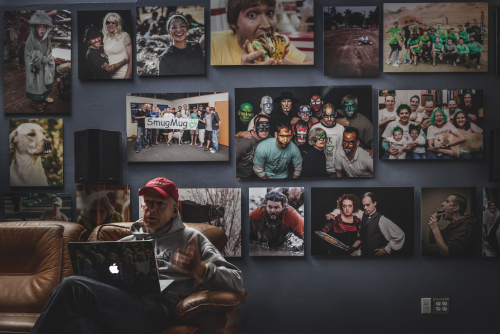 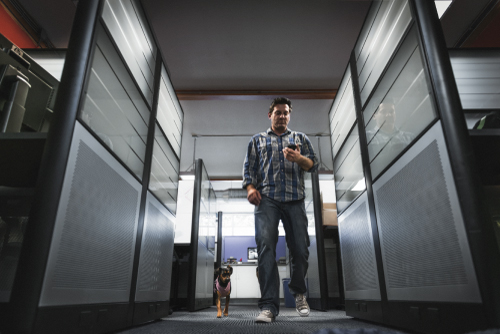