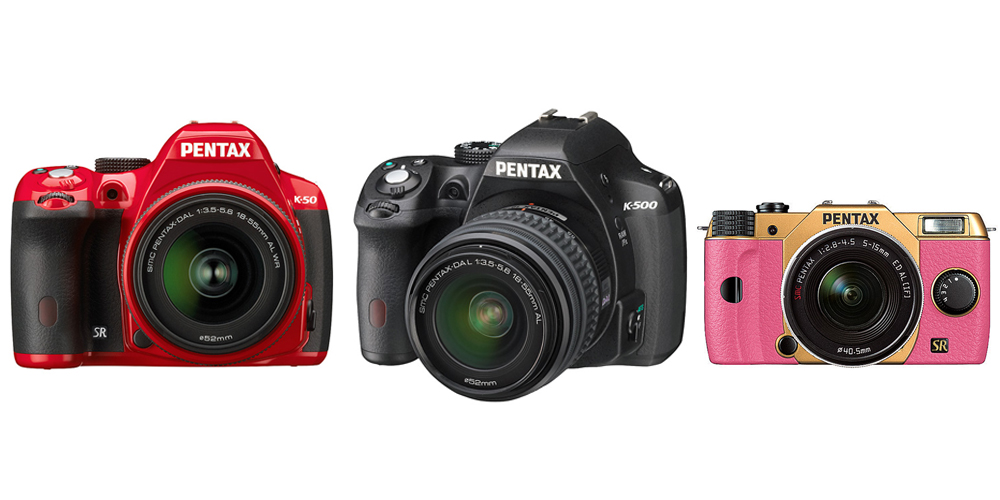 PENTAX has announced the release of two new entry-level cameras, the K-50 DSLR and K-500 DSLR. Yesterday’s announcement also came with the addition of a new Q series camera, the Q7.

The affordable K-50 not only goes above and beyond what traditional DSLR’s can do, but it also comes in 120 colors, giving the consumer the option of expressing their own personal style.

“The K-50 introduces features that raise the bar in the mid-level DSLR class,” said Jim Malcolm, executive vice president, PENTAX RICOH IMAGING AMERICA. “Not only do the hardware and software specs outclass competitors, the Color to Order system is an industry first making it a truly unique offering among a sea of similarity.”

One special feature included in the K-50 is its 81 water-resistance seals, not offered in most other DSLR cameras, which allows the camera to hold up in harsh weather conditions. The camera is also dust-proof and cold-resistant, as it can function at temperatures as low as -10°C.

The camera’s high-speed continuous shooting capability is also impressive, as it’s able to shoot approximately six frames per second. Another distinct quality of the camera is its ability for super-high-sensitivity shooting at ISO settings that range up to 51200. All photographs are guaranteed to come out clear, even in situations when a photographer may be shooting quick moving subjects or in low light. In addition to these perks, the K-50 has a 100% field of view viewfinder, a shake reduction system, four optional interchangeable focusing screens and a quick shutter that can catch speeds of up to 1/6000 of a second.

Image and video sharing has also been made easier with the K-50 with the new Eye-fi SD card. Camera users can automatically transfer photos and videos to a smartphone and also re-size them before sending them. 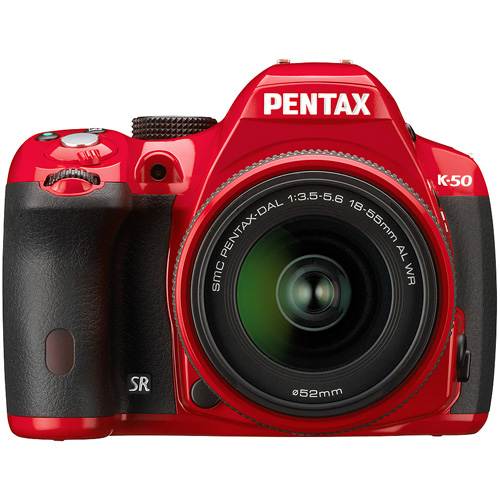 The PENTAX K-500, which is the best camera for families and casual photographers, was also introduced and comes with a bunch of its own special features as well. These include a 16 megapixel APS-C CMOS image sensor, fast continuous shooting, high sensitivity shooting up to ISO 51200, 100% field of view, in-body shake reduction, and an advanced auto focus module. This camera only needs four AA batteries and is able to charge at various remote power sources. The K-500’s simple user-modes and creative tools with several personalized expressions make it a fun and user-friendly camera. 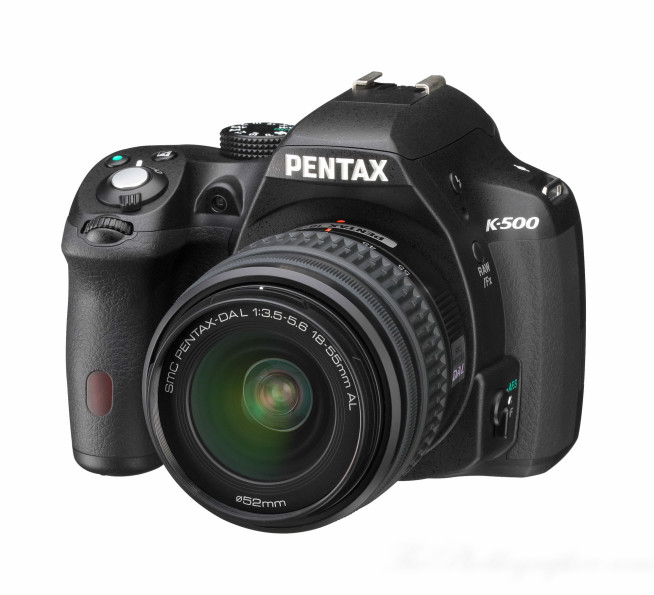 Last, but definitely not least, Pentax announced the new Q7. Touted as the world’s smallest interchangeable lens camera system, the Q7 comes with some impressive upgrades to the already successful Q10. The upgraded upgraded 1/1.7 inch, back-illuminated CMOS image sensor, high sensitivity shooting up to ISO 12800 and enhanced Q ENGINE with faster response time during start-up means fewer missed shots while giving users some extra power under the hood to push their creativity.

The Q7’s weights just 7OZ and its super compact body makes it easy  to store when you’re on the go. A bevy of creative filters and effects as well as a variety of lens choices will put users head-to-head with the “phonetographers” set while in camera processing and Eye-Fi compatibility means new sharing options to get your Q7 images out there for the world to see.

Also announced was a seventh member of the Pentax Q-family of lens. The new 07 Mount Shield lens gives the look and feel of a traditional pin hole and offers a focusing range of around 0.7-2m. At 8 grams and around the size of the Q7 body cap, what it doesn’t add in weight it makes up for with some heavy hitting creative opportunities.

The Q7 kit with 02 zoom lens is available to order today in a choice of 120 color combinations at pentaximaging.com and retail outlets nationwide in August 2013 with a suggested retail price of $499.95. The 07 Mount Shield lens will be available for purchase online and at retail outlets nationwide in July 2013with a suggested retail price of $79.95 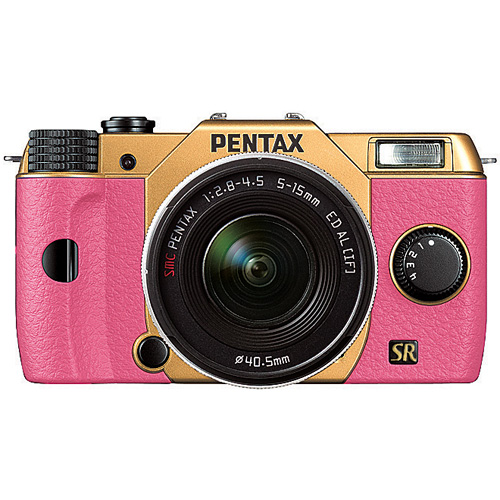