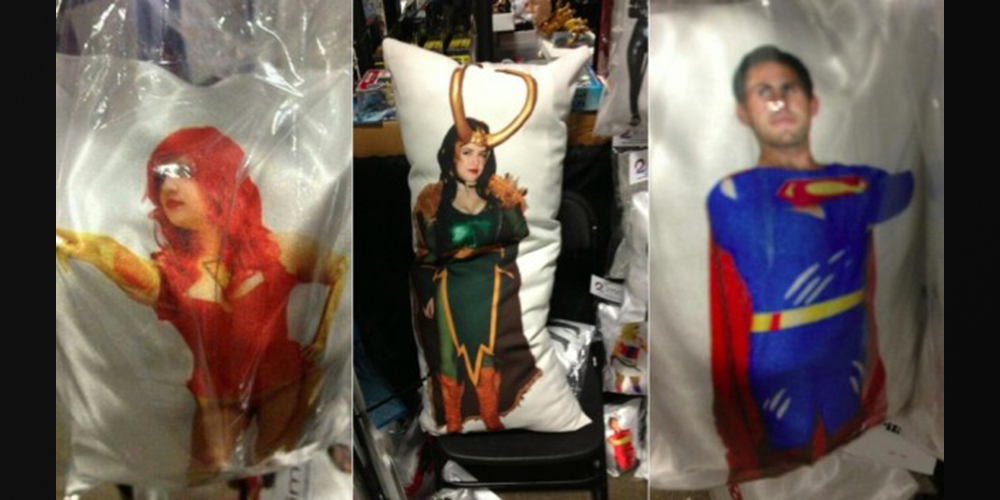 Photographer Stirs Up Controversy with Cosplay Community over ‘Body Pillows’

Cosplay has become a popular trend, especially for those in the comic, video game and anime fan communities. Some of these die-hard cosplayers will go to great lengths, designing look-a-like costumes of their favorite characters and will travel to conventions worldwide to show off their get-ups.  These individuals who play dress up are usually extremely willing to have their photographs taken, but sometimes the fun that comes along with cosplay can turn into exploitation.

When the company 2 Image Solutions set up booths at conventions they offered to take 360° animations of cosplayers. Before the images were taken each cosplayer was instructed to sign a photo release. However these images, which these cosplayers agreeably posed for, the fronts and backs of the photos to be exact, were then transferred to body pillows and sold.

The seller of these items claims that the release forms signed by all the individuals clearly communicated his intentions. Supposedly the release form included this statement: “I hereby give the Photographer / Filmmaker and Assigns my permission to license the Content and to use the Content in any Media for any purpose (except pornographic or defamatory) which may include, among others, advertising, promotion, marketing and packaging for any product or service.”

While the seller appropriately had the models sign release forms, some of them seemed to have skimmed over the part where it said their images maybe used on products that may be for sale. Dustin Dorough, one of the participants dressed as Superman, that volunteered to have his picture taken, later saw his image was displayed on one of these pillows. Speaking with io9 he said, “I actually did read over the release before signing and saw nothing in there that seemed as though it could be used on a product…”

Once these cosplayers started to discover their likenesses used on these pillows several of them were shocked and disapproved, although the photographer who is selling the merchandise technically isn’t breaking any laws. However, he has had to deal with numerous irritated cosplayers who feel they have been sexualized. Even though the pillows do not display anything too overly explicit, some of them show partial nudity.

In response to all the controversy, 2 Image Solutions has decided to discontinue selling the body pillows, although they will still sell them to those who would like their own pillow with their photos on them.