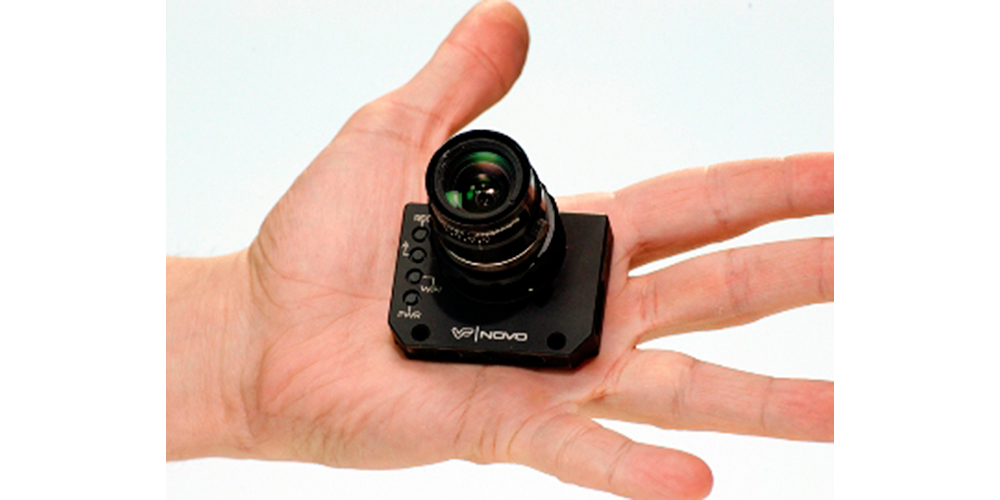 The new Novo 2K action camera was unveiled by Radiant Images last Friday at the Cine Gear Expo. The Los Angeles-based rental house and digital cinema solutions provider has introduced a lightweight 3.2-ounce camera that comes with useful features, which include the C-mount lens system, PL mount adapter, back focus adjustment, exposure control capabilities. The camera also has a built-in GoPro sensor and was designed to capture cinematic footage.

One of the most valuable conveniences presented by the Novo is the auto exposure function, since it allows cinematographers the option to utilize the lens to manually adjust the aperture. “The Novo achieves this while retaining all the key functionality, versatility and accessories of the GoPro Hero 3,” states a press release.

Feature films are even taking advantage of using this new camera. “Michael Bay’s ‘Transformers 4? is among the latest productions to use Radiant Image’s palm-sized Novo action camera,” writes ETCentric contributor Carolyn Giardina for The Hollywood Reporter. There is also a Novo 2K prototype that will possibly be used for a David Ayer film featuring Arnold Schwarzenegger, according to Radiant co-founder Michael Mansouri.

“We feel like we’re moving in the opposite direction of where everybody else is going with digital cinema,” Mansouri said. “At Radiant Images, we’re lasered in on simplicity in design and operation, ease of use, small form factor, versatility. It’s a new language of cinema and we are helping artists express themselves and achieve their vision with these new, uncomplicated tools.”

Outlets where the Novo camera is available for rental at Radiant in the U.S. include facilities in L.A., Atlanta, Miami, and New Orleans. The camera also can be rented in Europe through rental partner P+S Technik.

Other new gadgets on display recently at Cine Gear in Los Angeles were its original palm-sized Novo camera, the new Alexa XT Plus camera from ARRI, a new “unbiased” iPhone and iPad app to search and compare cameras and specs, and a collection of custom 2D and 3D rigs and related gear (including a CC3D Gen-2 lightweight rig outfitted with twin Sony F65s, which was used on a Steadicam for the first-time during a recent 3D IMAX production in Panama).