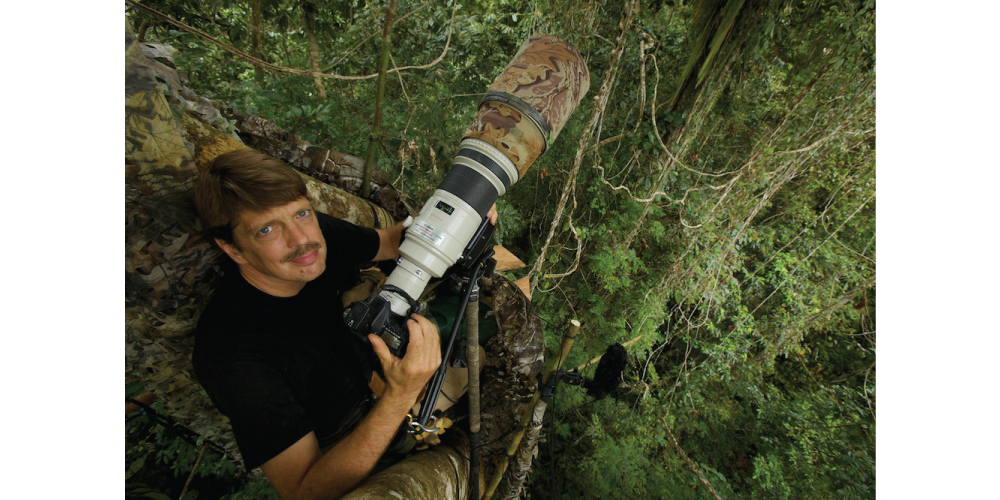 Tim Laman and ‘Birds of Paradise’

To shoot for National Geographic, you have to be more than a photographer, like Tim Laman who is both a photographer and a biologist. For his and his collaborator Edwin Scholes’ latest project Birds of Paradise, Tim Laman captured all thirty-nine species of birds-of-paradise, which inhabit the remote regions of New Guinea. Another quality of a National Geographic photographer is commitment to a subject: Laman went on over eighteen expeditions over eight years to locate and capture all these birds. The project was worth it as this is the first time all thirty nine of these birds have been photographed in history. It’s because of his top-notch photography and historic project that, this year, he will be one of the photographers celebrated at Look3 Festival of the Photograph. 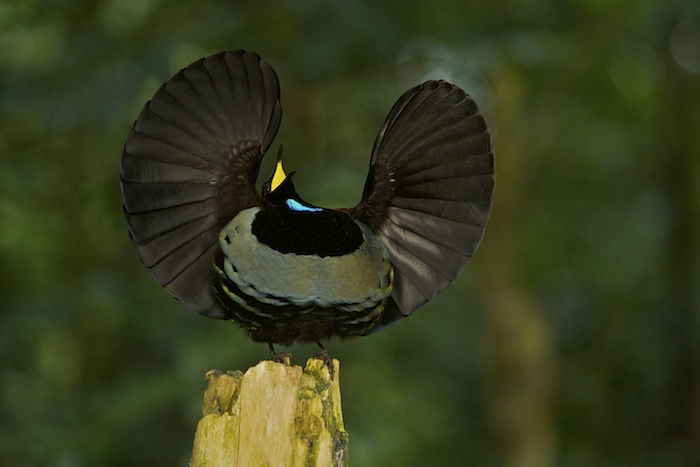 The festival started in a backyard where friends, like National Geographic photographer Michael “Nick” Nichols, shared photos. And it stayed there until 2005 when they decided the backyard was a little too small. So in 2007, the first Look3 Festival of the Photograph took place in the Downtown Mall in Charlottesville, Va. Since then, the festival has celebrated three photographers over a span of three days—and has sold out every year. This year, however, curators Melissa Harris and Yolanda Cuomo couldn’t decide on three, so there are eight all-star photographers, one of which is Tim Laman. 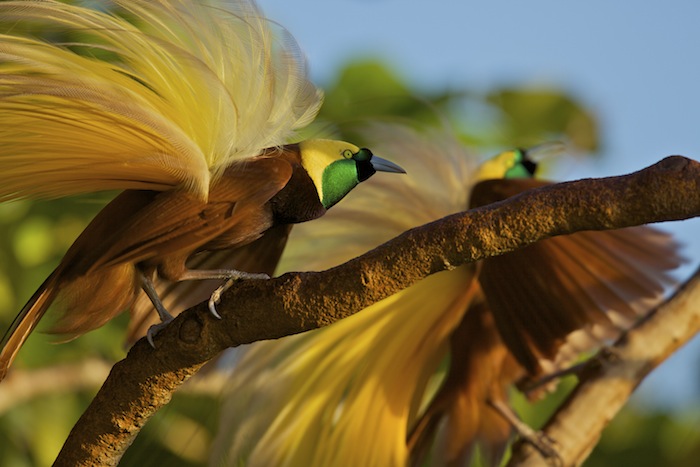 As a scientist and photographer, Laman has a lot to balance—documenting the birds and their behaviors while also creating a beautiful picture. That’s a lot to think about with a creature who doesn’t take orders like a model. (Suddenly, eight years doesn’t seem like enough time.) But, this is what Laman does and likes to do. “The ideal shot for me combines great behavior and sense of place with artistic qualities that take the picture to a higher level,” he said. “That’s definitely needed to get published in National Geographic.” 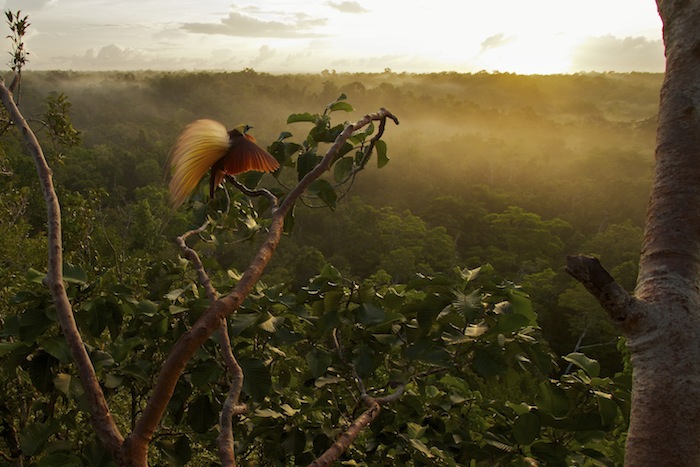 Generally, a project for Laman includes research, such as photographing the birds-of-paradise, or documentation of someone else doing research, but he does in a way that tells a story. “I mainly do photographic projects that involve some element of research and exploration,” he said,”either documenting expeditions of my own design, or accompanying other scientists on expeditions and documenting them to tell the stories of the exploration and new discoveries that are still being made all the time out there.” 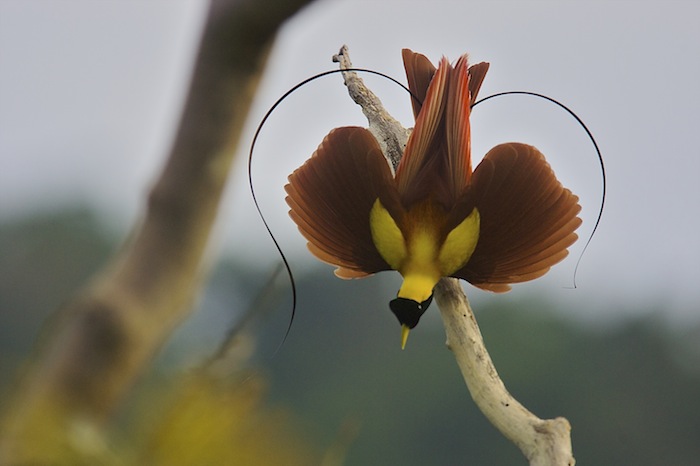 Theses are projects only expected out of National Geographic. No other magazine allows for the same amount of time and effort that is needed for these projects, which have produced unprecedented results and research. This is why they get the best photographers and keep them on staff: “It’s the best place to work, really the only one for someone like me who wants to be involved in projects that combine field research and exploration with visual storytelling,” Laman said. “They support both the exploration and also the creation of the media to tell the stories.  So its the best of both worlds for me as a scientist/photographer.”

To find out more about Tim Laman or the Look3 Festival of the Photograph, visit Look3 online: look3.org