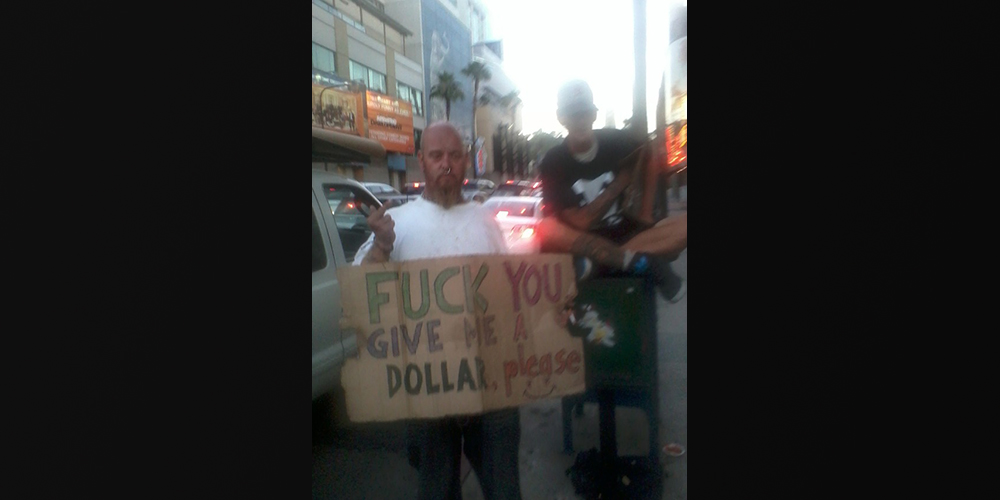 Christine Calderon, a resident of Lynwood, has died after being stabbed by three transient men at an intersection at Hollywood Boulevard and Highland Ave., according to LAist.

Calderon and her companion, who has been asked to remain anonymous, had gone out the night of Tuesday, June 18 to go out for some drinks and had passed by two men who were holding up cardboard signs with offensive language and begging for money. The pair had thought the signs were humorous, so they proceeded to joke about the signs and take photos with their phones of the men and walked away. As the couple were walking away one of the men screamed at them, “If you’re going to take our fucking pictures, you need to give us money.” Brushing off their threats, they had told the men to “fuck off” and continued to leave the scene.

Unfortunately, the men responded harshly back, as they charged the Calderon and her friend and started to attack them on the “Walk of Fame” in the middle of Hollywood Boulevard. A third man also joined the men in their brutal attack, which resulted in the stabbing of Calderon.

Later that night, after being taken to Cedars-Sinai Medical Center, Calderon was pronounced dead of a stab wound to her torso.

“Just be aware of your surroundings and be careful. Generally, in my experience as a law enforcement officer, transients don’t like their pictures being taken,” LAPD Officer Cleon Joseph said. “I’m not saying that’s a cause or reason for anything, but at the end of the day you need to be careful.”

LAPD Detective John Skaggs confirmed that the men in the picture, which was taken by Calderon’s companion (she had taken a similar photo with her phone as well), were the suspects they had taken into custody regarding the case. These suspects have been identified as Dustin Kinnear, 27, Jason Wolstone, 33, and Brian Widdows, 34, according to City News Service. They will be released on $1 million bail.