The Making of Demons is from the New-York based photographer Boogie.  He uses the wet-plate method to capture the grim, antique images.Wet Plate photography is something from the 1880 when photography was less of an art and more of a matter of chemistry. It’s bulky body, black canopy and wet-collodion plates could strengthen or break the back of anyone who carried this thing around during its prime. The process to develop a plate is a task within it’s self. To learn more about wet-plate process visit here.  In this video he shows you the developing of his latest project.

BOOGIE: THE MAKING OF DEMONS, by Stud7 & Sima FIlm from mirko nahmijas on Vimeo. Photographer Boogie began documenting rebellion and unrest during the civil war in Belgrade, Serbia in the 1990s. He has published five monographs and his work has been exhibited around the world. He is also known for his daring work in “It’s All Good” a project shot in some of the toughest areas in New York. Boogie gained intimate access into a world few dare to venture, a world closed to outsiders, a world of crackheads, junkies, and gangsters. From the cops patrolling the project roofs to the addicts overdosing on the streets, It’s All Good gives a different perspective of the Big Apple. It’s no wonder he was able to  work at something called Demons and not flinch. 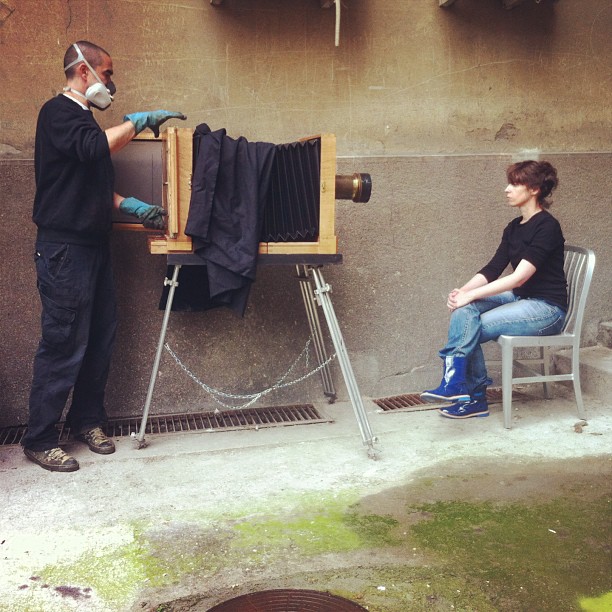