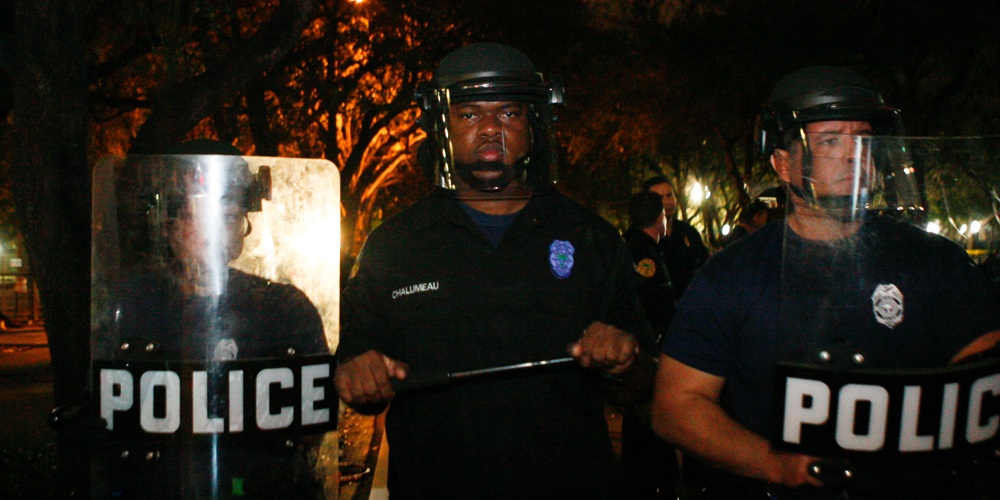 Defend your Rights to Point and Shoot

Carlos Miller was arrested in 2007 for pointing a camera at a police crew in Miami. The camera was not loaded with an ammunition belt, nor was it used as a blunt beating tool—he was merely fulfilling his assignment as a photojournalist. Yet Miller was charged for nine misdemeanors, among which he was accused of obstructing traffic on the streets. The photographs taken on the day prove that it was in fact the cops who were standing on the road, as Miller was shooting from a pedestrian sidewalk. Then why exactly was he thrown into one of the worst jails in the country for practicing his photography rights? What could have been so threatening about this man happily cuddling his dog at his side? 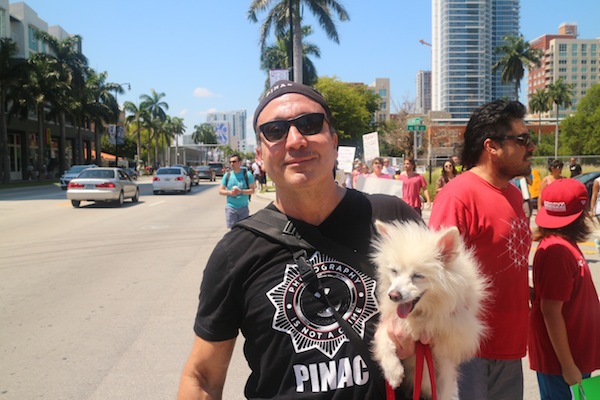 The founder of PINAC with his dog. ©Carlos Miller.

“Photography is Not a Crime,” or “PINAC” was initiated when Miller wrote a blog post about his arrest. To his surprise, the supporting pictures and description of the incident became viral on the web. “People were reading my blog, and sending me similar stories of incidents that have happened to them,” Miller recalled. “So I started documenting them, as it showed that this was a widespread issue.” Although PINAC took about two years before it got under the radars of mainstream media, the blog now has up to 600,000 views per month and works in close collaboration with organizations like the National Press Photographers Association. With 11,695 Facebook followers as supporters, PINAC aims to protect the deserved rights of photographers across the nation, featuring recorded footage of countless incidents as well as activism projects. And the blog makes a difference: when Miller publishes the contact information for a specific police department along with an outrageous video, that police station spends the entire day answering phone calls and emails from upset citizens. From taking initiatives in simple procedures such as this, the police department of Washington, DC, has already implemented a policy to protect photography rights. 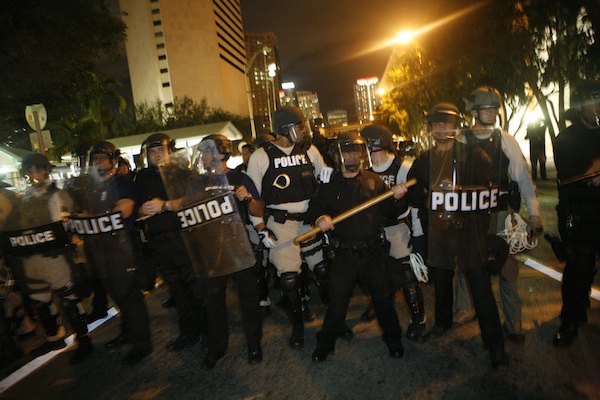 While police officers are wary and suspicious of street photographers, journalists and civilians alike hold the rights to shoot pictures out on the streets. “If you look at the Constitution, it guarantees every man and woman of this country freedom of the press,” Miller explained. “Before the Internet, only newspaper, magazines, televisions and radio stations fully practiced this right. [With the rise of the Internet culture], we finally have freedom of the press, which was always guaranteed by law. There are a lot of times in which people get confused, because cops will often approach the guy that pulls out a camera to document a police meeting, arrest, or investigation.” 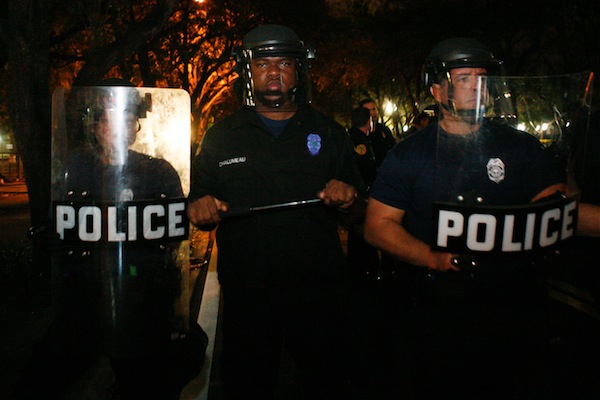 Taking a stance for photography rights has become what Miller describes as an “intellectual uprising” in America. “People outside of the newsroom and law firms are getting smarter about the cops with the actual law,” Miller said. “They are realizing that they cannot depend on the system. You have to put up videos on YouTube and blog about the issue. PINAC will continue to flood the police department with phone calls and complain, but we will be very civil and professional about it—we won’t make threats. We want them to know that we are paying attention, so they’ll start paying attention.”