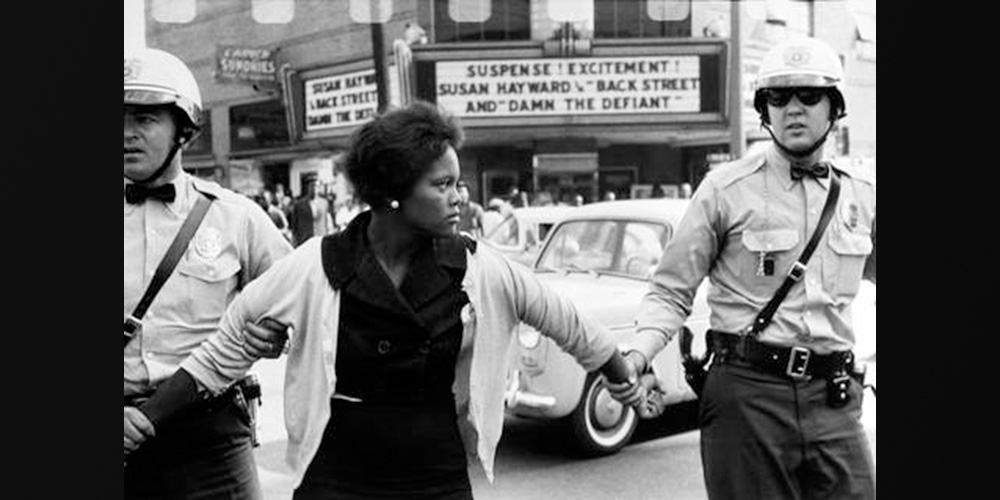 Bruce Davidson’s captivating photographs of one of the most revolutionary periods in American History is now on display at Howard Greenberg Gallery in New York City. The exhibit titled Time of Change: Civil Rights Photographs, 1961-1965 began its run on June 6 and was scheduled to end on July 6, but now the exhibition has been extended through August 30.

This exhibit, made up of twenty photographs all taken by the acclaimed documentary photographer, emphasizes the turbulence during this search for justice and equality amid constant segregation. Some of the poignant moments captured in these photos include his time with the Freedom Riders when the traveled by bus from Montgomery, Alabama to Jackson, Mississippi, on May 25, 1961, as they road interstate buses into segregated areas of the South. These youths had challenged the unenforced Supreme Court decisions, which had ruled that segregated public buses were unconstitutional. Many of these trips resulted in violence and arrests, while Davidson was immersed in the moment, documenting it all.

He received a Guggenheim Fellowship in 1962 and chose to keep taking photos depicting the struggles several African Americans went through during these times. One of the events he made sure to attend was a five-day march from Selma to Montgomery, Alabama with Martin Luther King, Jr.

While a portion of Davidson’s photos mark historical events of the civil rights movement, there’s also those that exemplify more intimate moments. One photograph, Couple dancing by jukebox, 1962, shows an African American couple holding each other close, promoting a sense of optimism, among the rest of the images, the majority of which show conflict.

Time of Change: Civil Right Photographs 1961-1965 was first published in a book by St. Ann’s Press in 2002 and was widely praised.

The exhibit will be shown at HGG Two, which is located next to the main gallery at 41 East 57th Street.