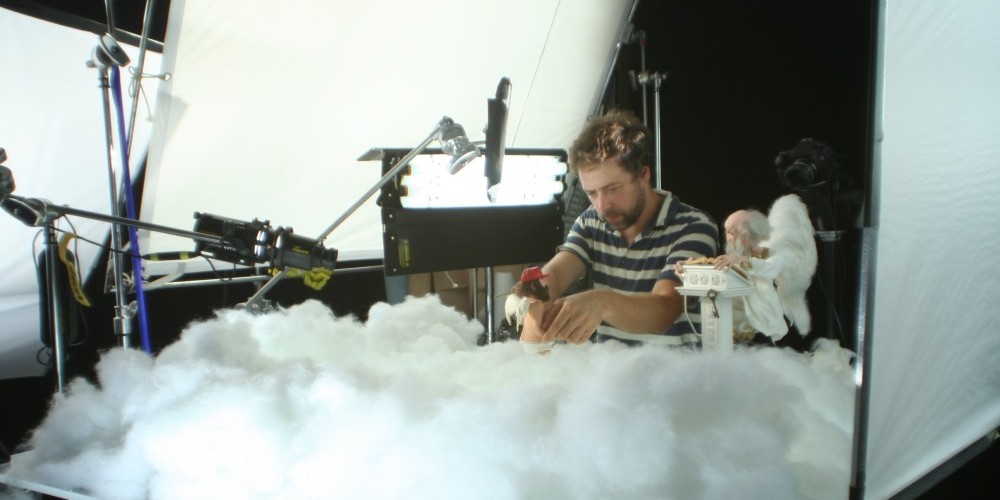 You’ve seen the viral videos—legos, post-it notes, and a red-head’s bedspread all coming to life—frame by frame, shot by shot, inanimate objects animated to “how-did-they-do-that-!” effect. Even amidst all the flashy bells and whistles of camera technology, the simplicity of stop-motion animation continues to inspire, entertain, and amaze.

Resource  searched high and low to find a stop-motion expert only to realize there was one right around the corner from our office. Depending on the day, Peter Sluszka’s studio, located in the Dumbo neighborhood of Brooklyn, NY, can take the form of an art department, wood shop, or shooting stage. Since 2005, Peter has been represented by Hornet Inc. for commercial video assignments, and explains that he got into stop-motion naively, taking “continued education” SVA animation classes after graduating with an English degree from Columbia College. Now with over a decade of professional experience, Peter likens his stop-motion interest to a long-term relationship. Each project is a labor of love, a painstakingly tedious process, requiring extraordinary commitment and patience, but they also offer an infinite number of creative possibilities through combining design, sculpture, and visual effects. While stop-motion animation may seem daunting at first, Peter likes to remind novices that, “You can make it as simple or complex as you want, but at the end of the day, it’s just a sequence of photographs.” 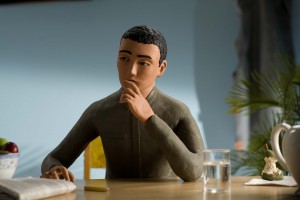 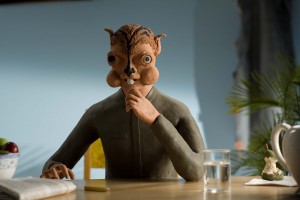 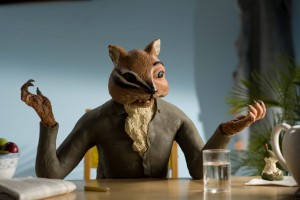 See the stop motion of a man turning into a squirrel here.

This article was written by Janet Alexander and first appeared in the Fall 2012 issue of Resource Magazine, which is available online here.