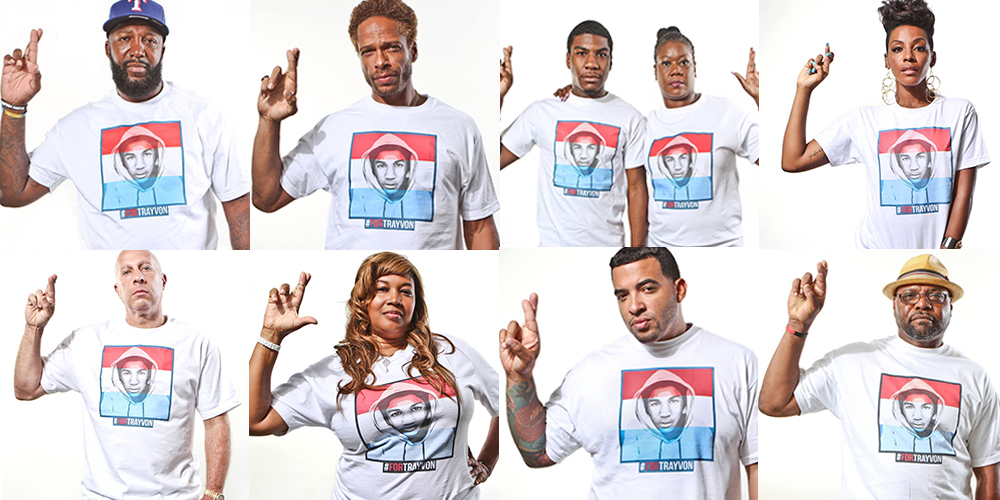 Over the past couple of months, you may have noticed a trend all over the Internet—images of people wearing a white t-shirt with a picture of slain Florida teenager Trayvon Martin. After one of the biggest trials of this decade so far, the verdict only added fuel to the fire of debate and opinion. Kawai Matthews, who was in favor of convicting George Zimmerman, is the photographer for the One Million People United for Change Campaign, dedicated to raising awareness to all kinds of racial, ethnic and gender inequalities. Resource caught up with Matthews to learn more about how the tragic event shaped her, her experience in the campaign and how she gets the most out of her Broncolor equipment.

Tell us a little bit about your history—what made you want to get into photography?

My first introduction into photography came in high school. My 11th grade year I decided to take a B&W photography class and join the yearbook. I learned about the art of photography—how to roll film, develop it and make prints. I fell in love with it. I could create and tell a visual story all on my own. I enjoyed the solitude and the focus it took to get from point A to Z.

How did you get involved in fortrayvon.org?

My friend Jason Lee reached out to me the day the Zimmerman verdict was delivered. A lot of people were outraged and Jason felt like he needed to do something positive to shine a light on something he felt was unjust. I was just walking out of the movie “Fruitvale Station” when he called me. That movie sort of parallels Trayvon’s story: it’s about an unarmed young man who was shot and killed. I still had tears in my eyes when Jason called me. He rambled off a couple of words about Trayvon Martin’s family and the Zimmerman verdict, then asked me if I’d be the official photographer for a campaign he was starting up. Before he could finish, I said yes. He was planning to design a themed t-shirt and wanted me to create a signature look and lighting style for a portrait series that would feature celebrities, music artists and other influencers in the entertainment industry. They would wear the t-shirt in support of the campaign’s cause. Both Jason and I have strong connections and relationships in Hollywood, so the angle was to invite out notable musicians, actors, models and executives to be part of the campaign. The response was amazing. The shirts were a hit. The social media impact was huge.

How does it feel to have your work be shown in the context of one of the most controversial events in recent years?

Controversy isn’t what I would normally want to be associated with, but for me this movement isn’t about controversy. It is about oneness. It is about humanity. It is about using my energy, my creativity and my resources to communicate a positive message—to make a powerful impact. Whether you agree with the verdict or not, this campaign demonstrates how art and community can intertwine for a greater cause. 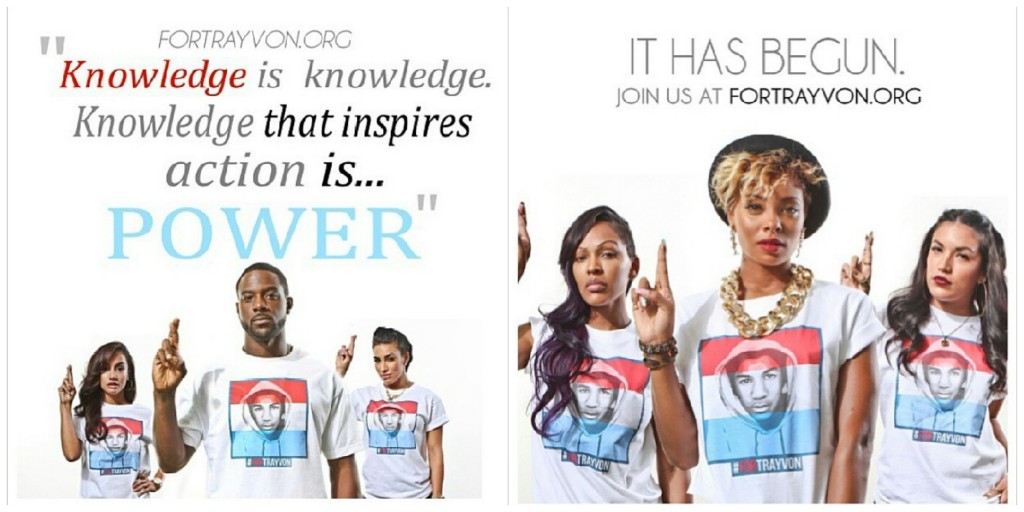 I understand that you pretty much shoot using exclusively Broncolor products. What kind of Broncolor gear do you use?

I love all of Broncolor’s gear. For this campaign, I used the A2 Senso Strobe Packs 1,200 W/s with 3 litos lampheads. It was a simple 3-light setup with a white wall as our background. For my key light, I used a silver octobank, my second head had a standard zoom reflector, while my third head had an umbrella with a white interior. The A2 Senso Strobe Pack comes with a pretty cool, travel-friendly carrying case, so it made my trip to photograph the family in Florida a lot easier. I didn’t have to check my Broncolor gear, which calmed my nerves about anything being mishandled, stolen or broken. I carried it right onto the plane and it fit in the overhead bin with no hassle—I still slept with one eye open though! 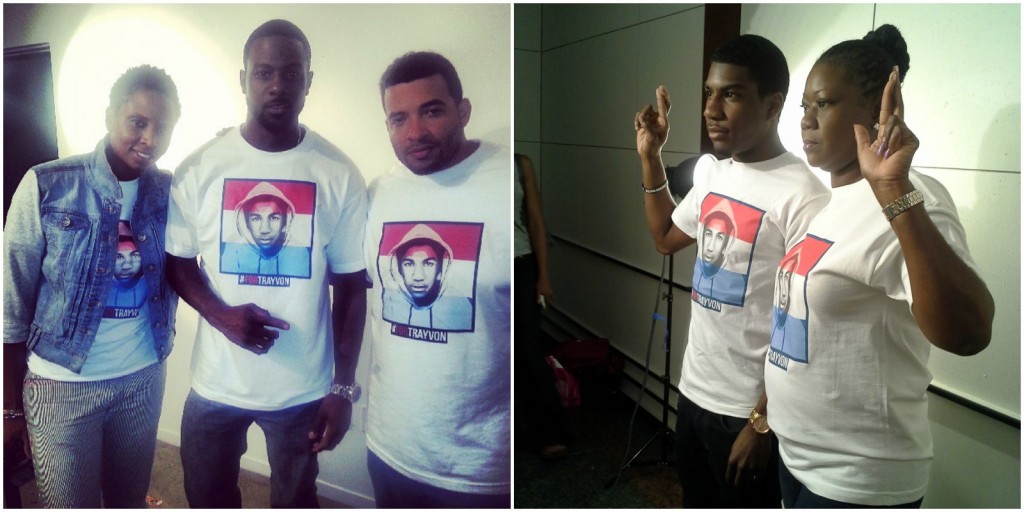 The quality of light is top-notch and the product design is so incredibly cool. My A2 Senso Packs are very easy to use, compact and stress-free when it comes to transport and durability. Broncolor is quality-focused and they’ve got to be the most innovative lighting equipment company out there, continually improving their products and creating fabulous new ones that no one else can duplicate. They’re in a class of their own, making it hard to go with anyone else. 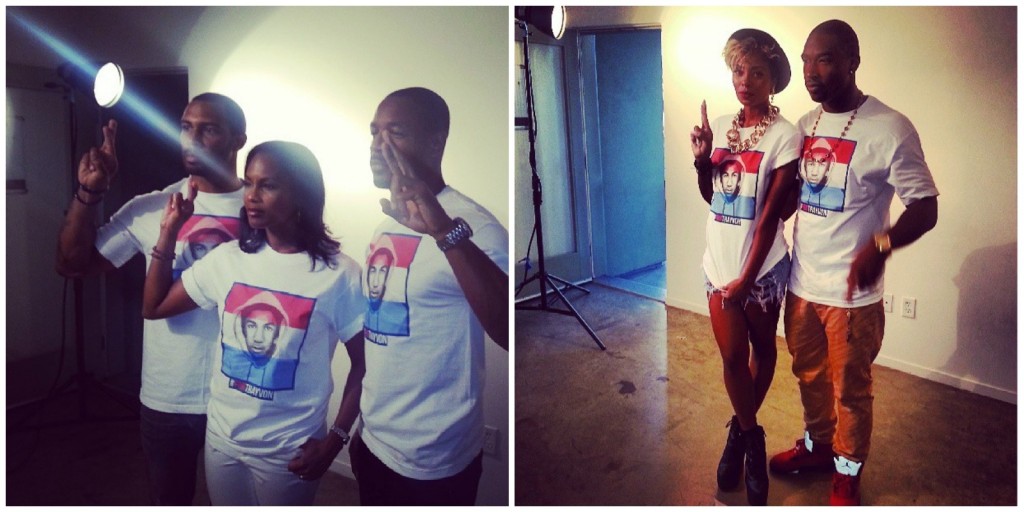 How do you get the most out of your gear?

By taking care of it! No really, I get the most out of my gear by learning and understanding it—which means reading my manual first. Most importantly, I’ve got to experiment. Push the gear and push myself. I have to TRUST my gear first; then I can see what kind of creativity sprouts from my artistic inspirations. I like to try new, fresh lighting ideas. The more I shoot with, play around and test my gear, the better my relationship with it. I’ll still have technical issues, but it’s nothing a little troubleshooting and prayer can’t fix. 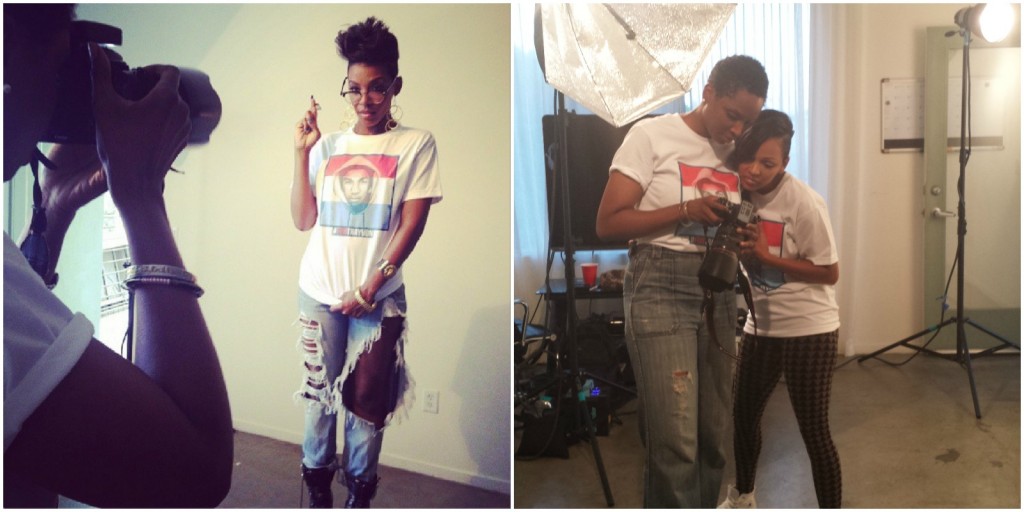