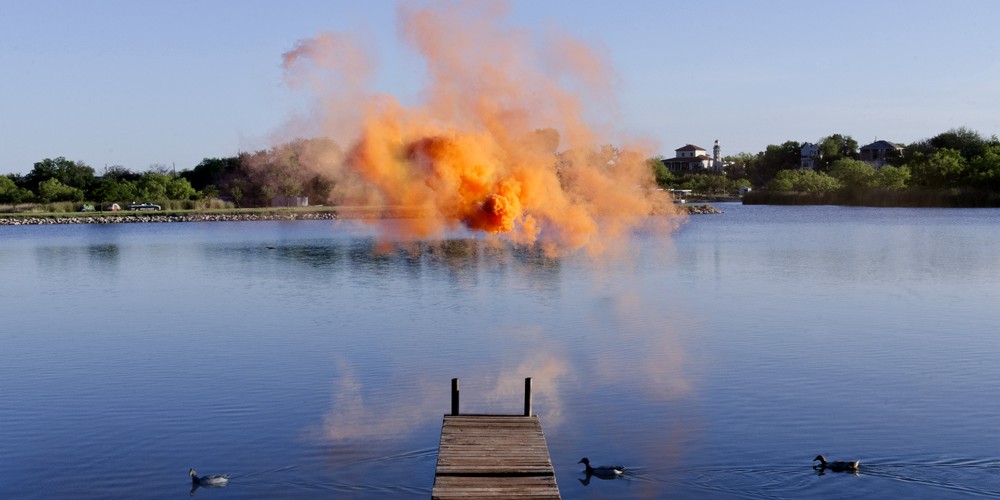 Irby Pace drops bombs. Smoke bombs, that is. The Odessa, TX native uses colored smoke to transform landscapes, turning vacant lots and riverbeds into surreal dreamscapes invaded by plumes of vivid color, a series he calls Pop!. Pace, who is perhaps best known for his infamous compilation of Apple store selfies titled Unintended Consequences (which The Dallas Observer dubbed the “Best Art Heist of 2012”), thrives on experimentation, deriving art from “reverse engineering everyday common objects and devices [and unlocking] the artistic possibilities in all of the things around him.” The photographer, whose solo show opens at Dallas’ Galleri Urbane Oct. 12, talked to Resource about darkroom magic and aspiring (but polite) copycats. 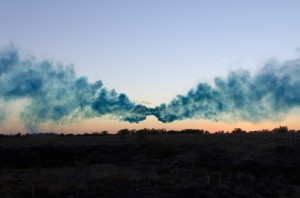 How did you first get into photography?

It started in the darkroom when I saw an image appear through the use of chemicals, light and science. My first professor, Steve Goff, introduced me to the magic of photography. Seeing the “magic” happen has been something that I’ve always been interested in recreating. 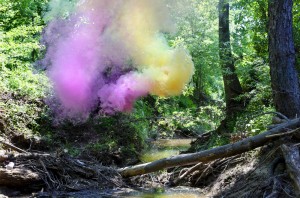 Do you think growing up and living in Texas shaped you as a photographer?

I think it really influenced my work because of the vast open space, and the potential to explore it. I also think that my willingness to explore comes from growing up in west Texas. 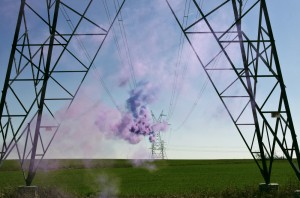 When did you first start experimenting with smoke?

It’s been an ongoing experimentation for a few years, but it wasn’t till recently that I had the chance to perfect it into the current work. I always knew that I wanted to do this work but it took some time for me to feel confident enough to share it. I think going through graduate school made me more confident to take risks and show work without doubting myself. 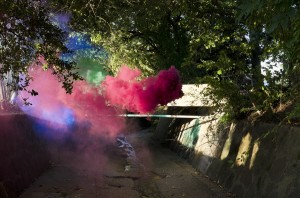 How does Pop! compare to your previous work?

I think it’s vastly different. I’m approaching it in a completely different way. In my other series, I had meticulous control over every aspect of the work, but in this series I have to rely on nature to cooperate with me to create the work. 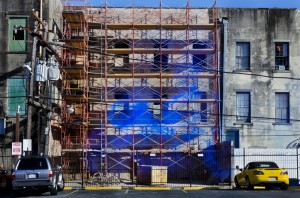 What kind of equipment did you use for the Pop! series?

I use a Nikon D7000 with a fixed 35mm lens. But I approach each space differently and use a different set of materials to get the perfect shot. I’ve refrained from revealing too much in this area as of late because of the recent publicity and some people looking to copy my style. That’s something new that has happened with this work. They were kind enough to come to me and ask if they could mimic the style, to which I asked them kindly to refrain from that. They were nice enough to not do it. 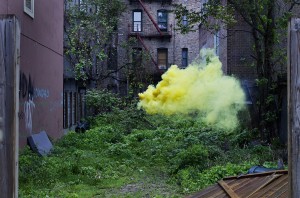 Do you have a favorite photo from the series?

I think that I have more than one favorite at the moment. Those would be RGB, Williamsburg and Tennessee. 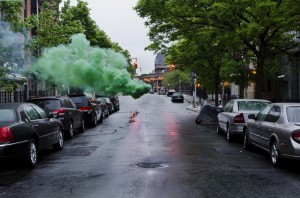 The photos in this series range from Brooklyn to Galveston. How do you choose the landscapes where you shoot?

I mainly choose the locations based on access, beauty, composition and interest. I’ve been enjoying the chance to travel and capture beautiful landscapes that are close to me and far away as well. 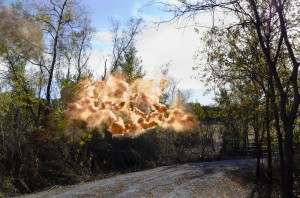 There are lots of locations that I would still love to shoot at. I think downtown in a crowded intersection would be awesome, as well as an office building with lots of cubicles, but this all comes down to access. Sometimes I plan out my shots with research, lighting and weather, but sometimes I just drive around and find something organically. Sometimes the organic ones are the best because I have to work faster and think more on my feet. It doesn’t allow me to overcomplicate every aspect of the shot. 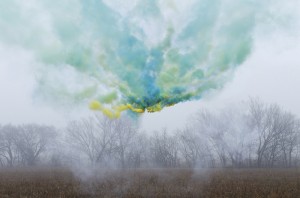 How does the smoke, and the act of photographing it, change the landscape you’re shooting?

The smoke becomes this ominous force hovering in the landscape, and being in unexpected places makes it visually interesting. Sometimes I think of it like painting into the landscape and physically altering it. The act of photographing it makes the appearance permanent. 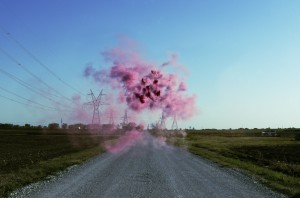 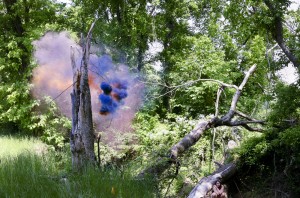 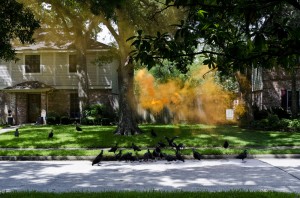 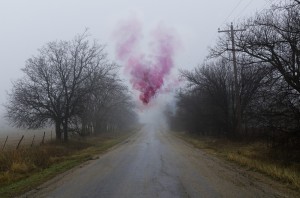 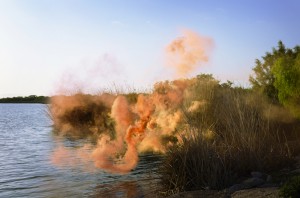