Between photographing the likes of Marilyn Monroe, Elizabeth Taylor and Coco Chanel, publishing an astonishing fifteen books, and winning prestigious awards like the Lifetime Achievement Award and Photographer of the Year from PMA, Douglas Kirkland has had  an incredibly statured and successful career. A true photography legend, Kirkland, a Canada native, came to New York in the late fifties with a fire in his belly and a self-imposed 365 day deadline to make it big. Kirkland did more than just “make it,” he’s become a household name in the industry, famous in his own right. His new monograph, A Life in Pictures, documents his fruitful  career that has spanned more than five decades. Kirkland talks about it all, from how it felt looking through his archives containing thousands of his images, to the moments that shaped his life. Along with A Life in Pictures, Douglas Kirkland is also coming out with a deluxe edition of his book, With Marilyn, in the spring that will include a signed print.

My career was a series of very important moments. The first one was when I took my first picture as a child at ten years of age. It was a very big deal to take a picture in our family and it was only done on very special occasions.  Then it was a series of special times, I mean the most significant turning point in my career was when I attempted to persuade Elizabeth Taylor to allow me to photograph her.  She was in Las Vegas, and she hadn’t been photographed for a long time.  I took her hand and I looked into her eyes, and I said “I’m new in this publication, could you imagine what it would mean to me if you gave me the opportunity to photograph you?” She said yes and that was an absolute turning point in my entire life.  I had been hired by Look Magazine in 1960, and about a year later I was headed toward fashion and color photography, but not toward photographing celebrities, and that suddenly put me on the map as a celebrity photographer.  Other times, six months later, was Marilyn Monroe and that was quite significant. There have been many wonderful opportunities and it’s hard to say which was the most significant, probably the most specific though was going from being a photographer doing general work, to the first time photographing a major celebrity and that was Elizabeth. 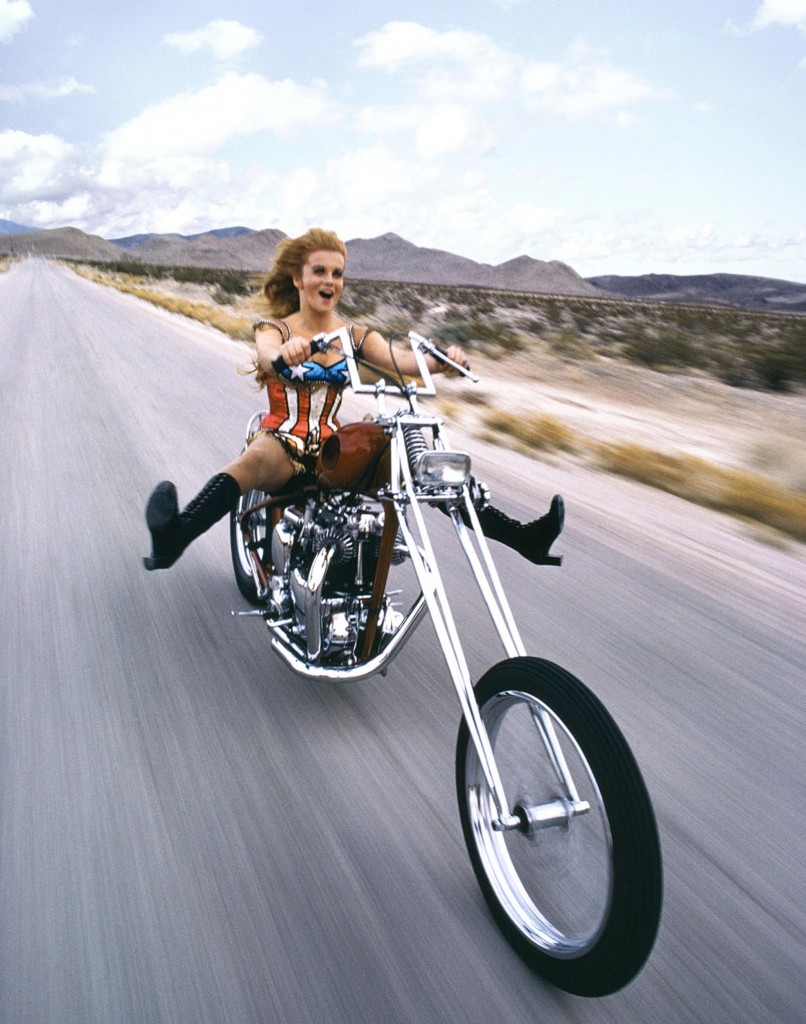 Confidence with the Camera

Aspects of photography, all aspects of photography, have always been exciting to me.  At the same time yes, you do get nervous at times, but I’ve never been intimidated. I’ve always felt confident with my camera and knew that I could do what was needed in photographing people, but getting the proper relationship with them is really a challenge and probably, in my work, that’s more important than almost anything.  If a photographer learns to take pictures confidently, and always has them sharp and technically correct with good composition, that’s important.  But if you don’t get some soul coming back from your subject, I feel that the picture isn’t fully successful.  You have to have them comfortable, at ease, and you have to have  communication with them, and that’s what I’ve always tried to do with my pictures.

A Life in Pictures, How it Came About

This is my fifteenth book. There’s a terribly long list, and the last five of these were done with Marta Hallett. I’ve worked with various publishers through the years, but I’ve had greater satisfaction with Marta and her company than anyone else because I look her in the eye, and we work on a direct level. It’s not someone in an ivory tower saying, “you should do this” or “you shouldn’t do that.”  And this book, Douglass Kirkland A Life in Pictures, was entirely her idea.  We’ve done Marilyn Monroe, We’ve done Chanel, Freeze Frame and Michael Jackson. All of these were very successful, but it was the relationship I felt with Marta and all her work.

What’s in A Life

[A monograph is] basically a story of the photographer or artist through the art, it’s really an autobiography in a sense. That’s what A Life in Pictures is, with words and with pictures. As Marta said, rarely has she had an artist or photographer write their own text, but I decided to do it. It’s my story from the beginning for those who are interested, especially photographers. I’m often asked questions [like] “how did you ever get there?” They assume there’s one simple trick, its not that, it’s a series of ups and downs, and moving forward, and I’ve tried to tell the story as honestly as possible.  If people don’t want to read through all of that text, there’s an awful lot of other material, and many pages of pictures I care about.  The book is a total of 388 pages. There’s a lot there. For the last twenty-two years I’ve photographed for a cinematographer or director every month for Kodak for a series of ads, we put them all in the back of this book and that’s quite rich. Douglas Kirkland A Life in Pictures isn’t only about the celebrities, the celebrities are very prominent in there, but it’s about the visual world in which I’ve lived.  There’s everything, like Julie Andrews coming across the top of the hill in Salzburg singing “The Sound of Music” which opened the movie (it’s a gatefold and its forty inches wide.) Then there are pages from different magazines, some layouts from different publications, small but just as information. There’s a lot of information there for anyone who is interested. “Collaborator of the finest order”

Now Françoise is obviously very important, my wife, we work very closely together and she’s the collaborator of the finest order. She is very important. People sometimes don’t understand, they say, “well if you work together does she take pictures?” No she doesn’t. What does she do? Well she is very busy, we have shows all over the world, and we shoot all over the world as well, and at seventy-nine years of age we have a very full calendar.

Looking Through the Archives

As I look through [the archives] I keep discovering new pieces, sometimes a piece didn’t seem important when we were doing a story or traveling and now, with time, they have become very important.  Honestly, I’m very pleased with what I find. When I did each of these projects I did them individually, and then they were published and archived and some I forgot, and you bring them out, and you look at all of them in a line and you say how could this have been? Was there another Douglass Kirkland? Was there somebody else over my shoulder doing this work? How could I have done all of it? It’s been close to sixty years, but they were a very rich sixty years. We’ve had contributions from a lot of people, definitely including the people in front of the camera. It’s so statured that even I can’t believe it.  How does it feel? I feel just that I’ve been exceedingly lucky  to have had the opportunity to be all of these places, and meet all of these people through the years, and to be hired by editors and in some cases just working spontaneously on my own with my camera.

“They told me I was too late.”

Life in publishing has been very good to me. When I got to New York in the late fifties , they said to me “oh kid, you got here too late, it’s all over.” The interesting thing is I still hear people saying those things today, and for anybody whose beginning I want them to first hear me on that: they told me I was too late.  Second I would say that there are different ways of finding your course. Times change, publishing changes, all things change, but if you keep working you can also find the back door way of coming in, I had to find it. When I got to New York I was very aggressive, it was sink or swim for me. I couldn’t hang around, I’d given myself one year ultimately when I got to New York, one year to make or break or I’d go back to Canada  where I came from and go into my fathers retail clothing business.  That’s all recounted in the book. It’s that fighting spirit. One other thing that occurred to me: I thought of all the millions of people moving to New York, frequently from Europe, and these people often didn’t speak the language, or know the culture, and made incredible successes of themselves and their lives. So I thought to myself, I’ve got the language, I’ve got the culture, damnit I’m going to make it! I truly had a fire in the belly, and I still have it. I’m really very pleased to have had the accomplishments that I’ve had, but I don’t take it for granted because I think of myself as very low key, I’ve had a lot of help from people over the years including the contributions of Marta Hallett, and we work together, we collaborate, we enjoy eachother, that’s joy of publishing for me, and that’s really what’s in this Life of Pictures.