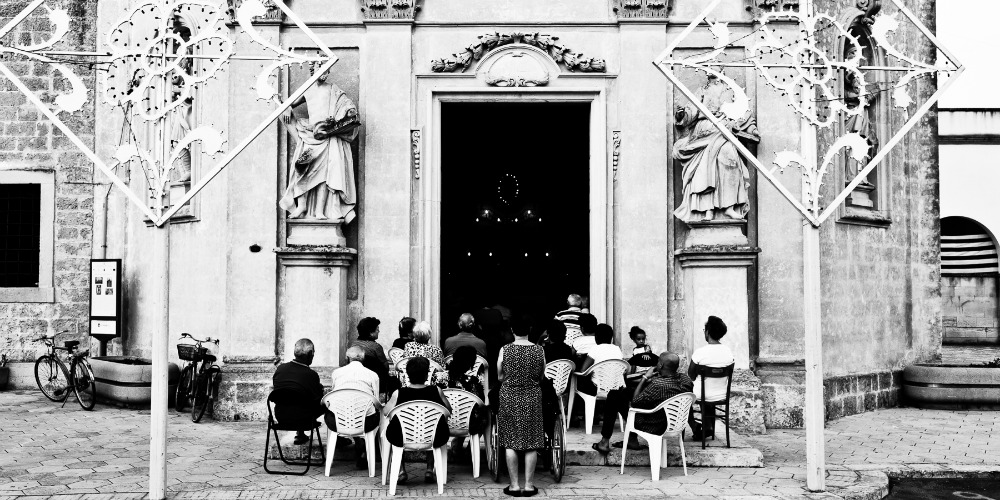 How Far is the Horizon: Interview with Livio Mancini

When Livio Mancini strolled into our office for this interview, I was struck by his zen presence. A tall gentle figure who was kind enough to swing by from Bushwick to have a conversation with me, Livio has just returned from a seven week long excursion through Italy that has taken him through several regions of the nation to produce his series called How Far is the Horizon. This is what raw, unplanned photography looks like, even though it has been clearly filtered through the lens of someone with much experience in capturing the unpredictable as a photojournalist. His photographs are about experience, what it is to be alive, to travel with friends and strangers alike.

Hi Livio, how are you today? Lets start with something simple. Where are you originally from, when did you first pick up a camera and why?

I’m originally from Italy, from Milano but I was born in the south in Puglia, which is the heel of Italy in the south. But I came to New York five years ago. I’ve been traveling around the world quite a bit, working as a photojournalist. Then I found that working as a documentary photographer, personal documentary photography is my style, my way of approaching photography. Now I’m just focusing on my personal experiences, people and places. I make stories. Stories about people, most of them become my friends and start trusting me. I follow them and it’s their story and my story too. Sometimes we are basing them in New York, but also in Europe. 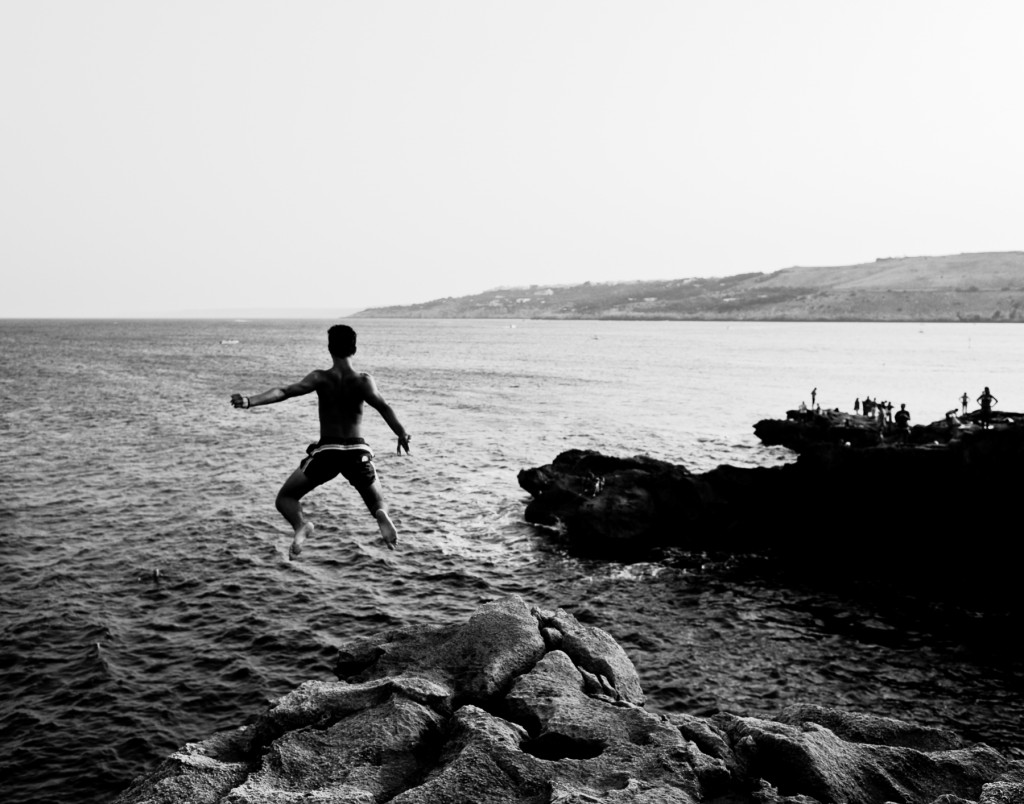 Can you tell me a little bit more about your concept of the horizon?

Usually once a year, I go back to Italy just to meet family, friends, mostly to go traveling. Last summer I had the chance to be invited by a few people to go driving in the south of Italy in Apulia, Calabria, Sicily. I started the concept, just the idea of “How far is the horizon?” in my mind, probably because I was close by the water. I realized it was more than [looking at] the horizon as just physical, geographic line. I was questioning about myself. Coming back to Italy after a year and switching my mind, or adjusting to Europe to Italy and then coming back to New York and adjusting my mind to New York. I find that this is a sort of experience I’m overlapping. I go back to places I know but they are changing so much. I know these places but they are new to me at the same time. So I realized that the horizon is a mental line that I was starting to visualize in terms of experience, in terms of knowledge, dreams and so on. I started to think about this concept, it just came to my mind and trying to express it through everyday life, I was experiencing the summer. These photos came out in the seven weeks I was there. At the same time, I realized yes, this could be a series, a story. There was no specific subject because [the story] starts in Milano in the north. Then it develops in the south in Apulia, in Calabria, Stromboli, which is a volcano island north of Sicily. But to me, it’s a path. Also the places and people that were close to me during this trip, some of them were people I already knew. I was experiencing them in a different way so that my horizon was different from last year. It’s an elastic entity, not entirely a geographic entity. It was a mental entity.

Can you elaborate a little bit on what you mean when you say dreams? 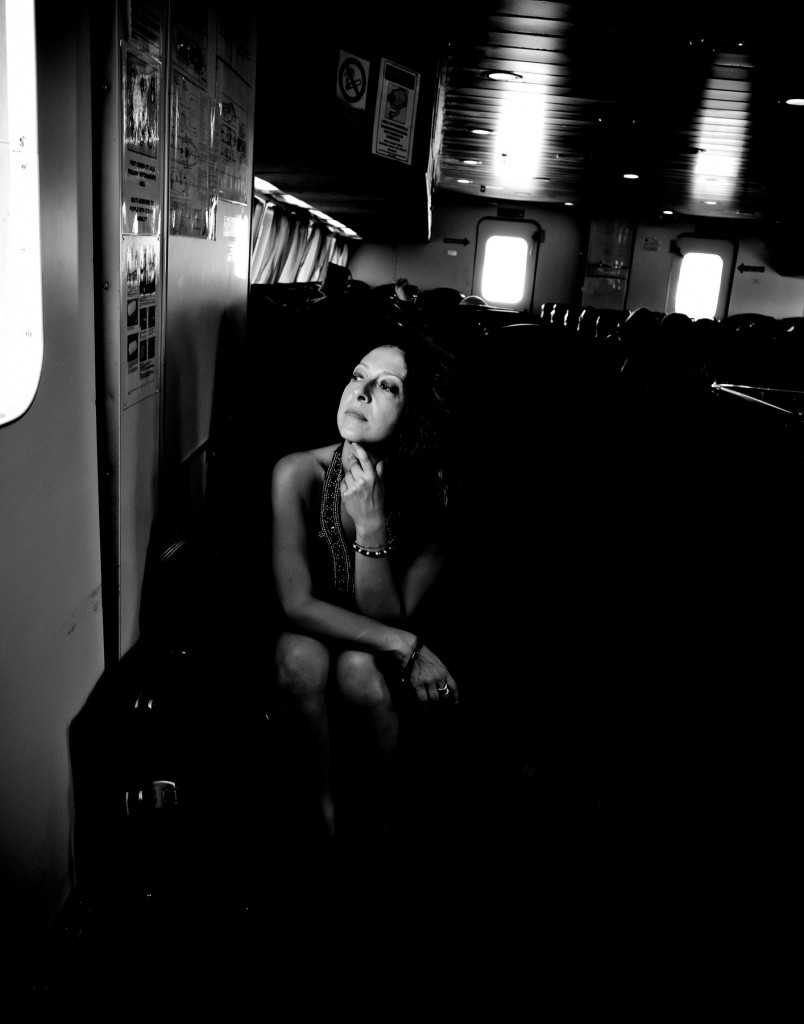 This series is a mixture of landscapes and portrait photography. How does this theme of the horizon apply to your more intimate subjects, such as people?

To me, people and places are linked. So the experiences I have in a specific place is linked to the people I’m with. So if you look at this landscape photography, to me it is not landscape photography. They are places that mean something, that are related to the people that I meet, that are with me in that place. Maybe next to a landscape image, you see an indoor portrait but to me they are linked. This person is there; it doesn’t matter if the portrait is indoors. In the landscape image, the presence of the people is there. Maybe you don’t see them but they are there. It is a very conceptual idea I have, one that is not easy to understand when just looking at the pictures but this is how the dynamics work. I don’t think much when making photos. I don’t plan. I just get the input that this is something I have to capture because this can be part of this flow. It is something that happens in the moment. 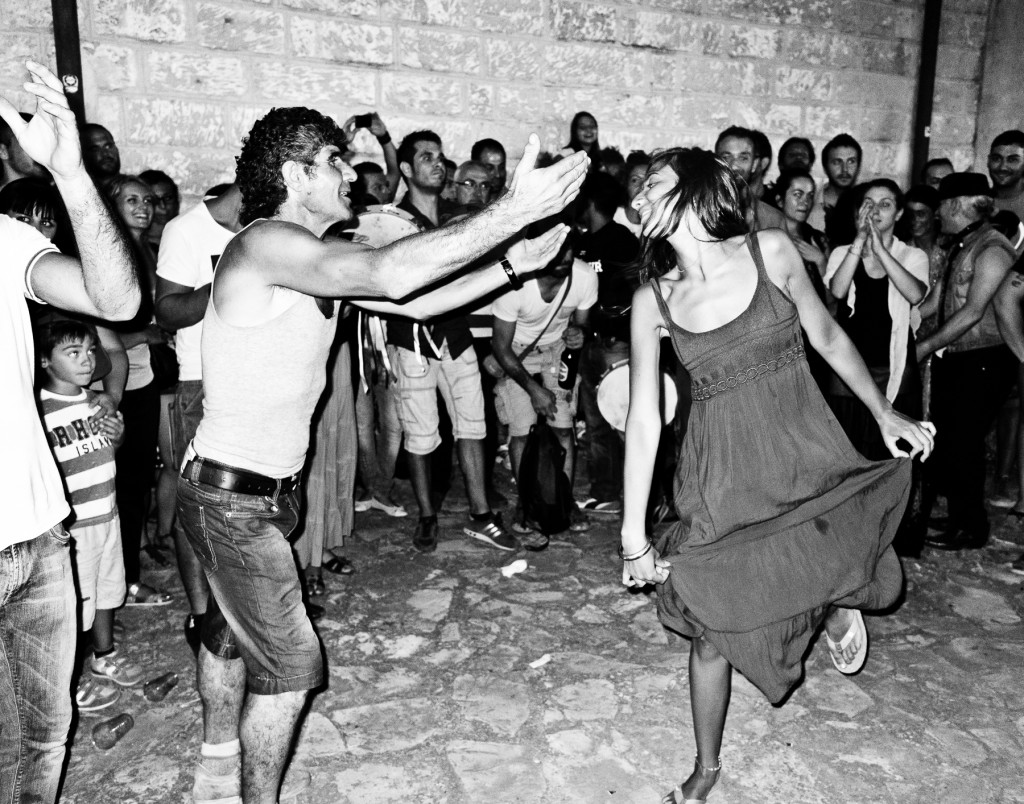 You have a photo of a woman kneeling at an altar with one of those portable fans sitting atop it. Can you break down this imagery for me?

Yes, she’s a friend of mine and her name is Francesca. I was with her in Reggio Calabria, which is the capital city of the Calabria region. It is a very tough region in Italy, which is home of the local mafia. Even in my picture, which is not related to this social issue, this social problem, in this city you feel a lot. There is a sense of this power and not because you feel danger, but because of the economy and the dynamics of this city are managed somehow by the ‘Ndrangheta, which is local mafia that is very powerful. We were just visiting, we were in a small village in the outskirts of Reggio Calabria. It was very famous because the village was home of a monster. It was the San Rocco festival and all the churches were open past midnight, the streets were alive with the festival, people and so on. I found that it was so hot and that the priest in the church put in a fan to encourage the people to come in and pray and give some cool air. I’ve never seen anything like that. I think it’s difficult, with small towns in Italy, you will never see in the north or anything like that, but these small villages have these dynamics and this sense of community. It’s just a fan, but the church was like a living room. It puts the people at ease. It’s summer, it’s hot, and this is a way the church becomes home. It was something that attracted my curiosity. 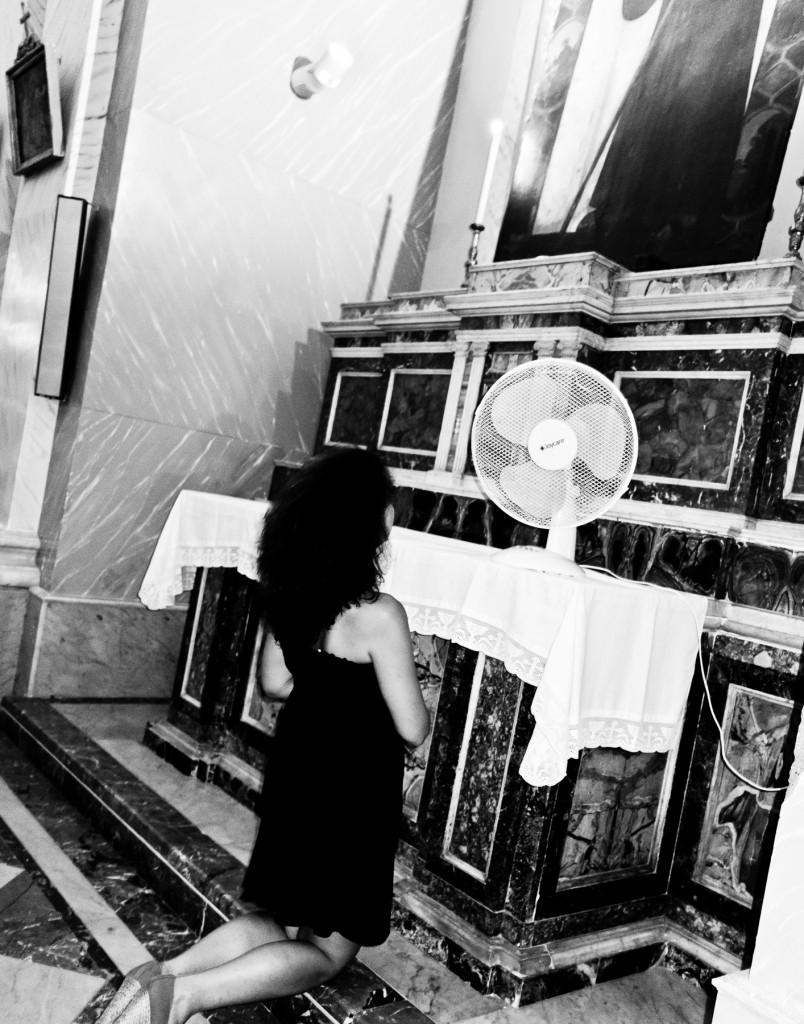 This series contains some excellent photographs of watercraft, the water and beach, what is your favorite part of shooting these kinds of photographs.

I’m from Milano but I was born and raised in the south. My relationship with the water is very important. One of the reasons I decided to go back to Italy over the summer was I decided I needed the water, the sea, the Mediterranean. I want to refresh my memories of the summer lifestyle, which is in south Europe, and south Italy is so specific. Also I sail. You’ll see in the first picture Stromboli, this tiny volcano island and the picture taken from afar, in this way it was the only way to approach the island, to get closer and closer. Water for me is my element so I need to investigate this element and the life around it and how people change when they are around it. Our habits change when we are near the water and by the shore. 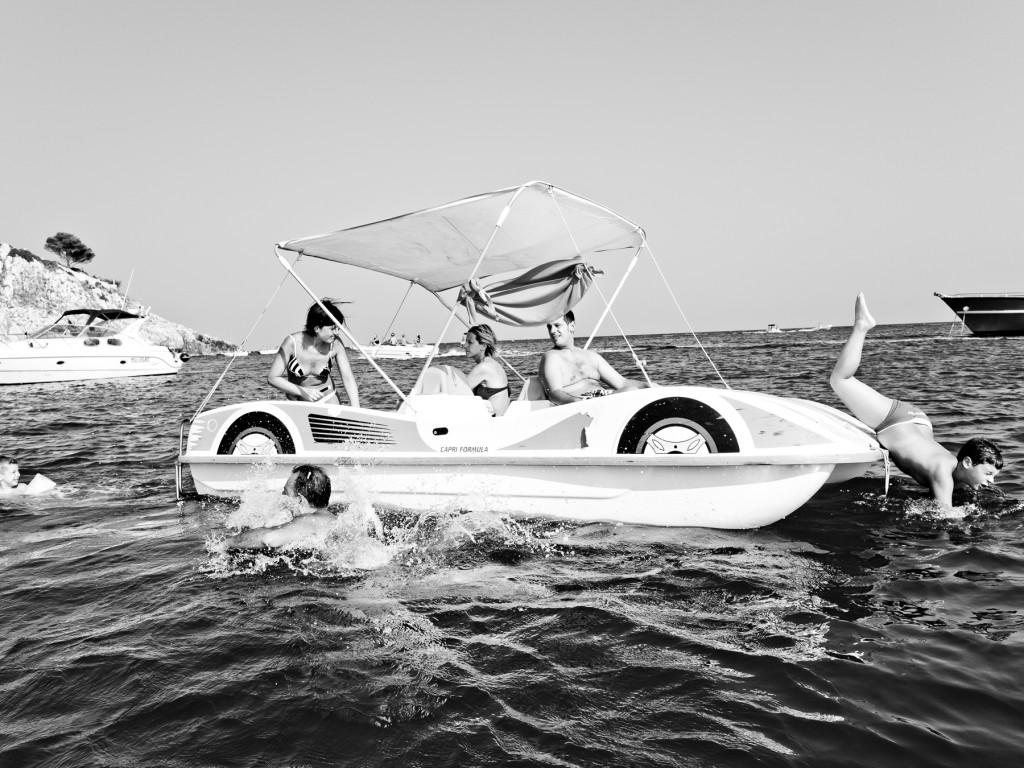 You feel that there is a shift in the way people react?

Yeah. It is the water and the season and also because of the element. I can’t tell you how but I have this idea.

Well I think you captured it.

There is also a certain emotional impact in these photos, I am immersed in the moment and I feel a relation to the people in the photographs and what they were feeling in that moment. Was it always a goal of yours to capture that?

Yes, I need the collaboration of the people. That doesn’t mean that I set the photo, no. Even if they are my friends or people that I just met, they trust me because I interact with them. I use a very compact camera; I sold all my SLR’s and got a compact camera. Most of the people I encounter understand what I am doing because I’m taking photos but I am also living the experience with them by traveling with them. I’m going out, or going to a home, I am experiencing new places. They let me do it and forget that I am carrying a camera they don’t care anymore that I’m taking pictures. They don’t care how the picture came out, if they look good, because they know that I’m telling the story of our experiences and it just happened. 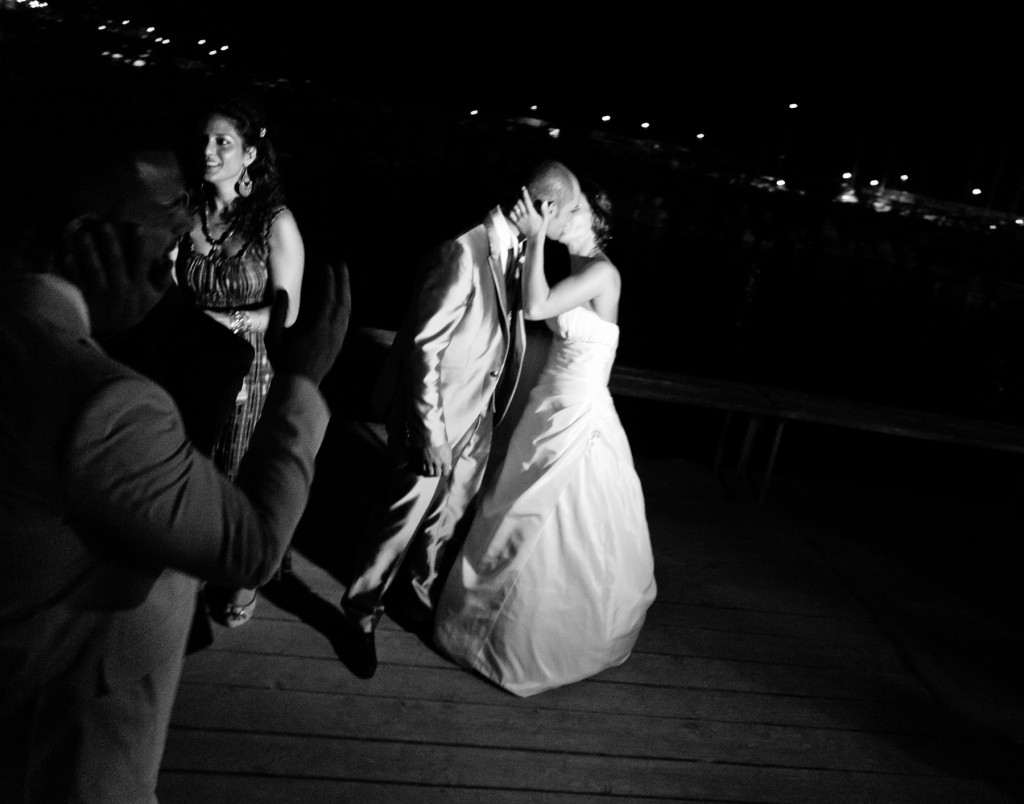 You shoot with the Ricoh GR Camera. What are some of the ways in which you get that impact in your photography from a technical perspective?

As I told you, for the past few years I have been making the photos with a compact camera, a point and shoot. For my photojournalist assignments, I was switching from big, professional SLR’s to smaller compact cameras. I just said to myself “I only need the point and shoot,” because this is my way. I don’t look through the viewfinder, I only use the prime lens, which is 28 mm. During the day I use the natural light and during night I use a lot of flash, so I have two settings. I have in mind already, the framing because I only use 28 mm. I am moving around with the camera in my hand, it’s simple.  I don’t spend much time setting the camera because I don’t want to miss the moment. I don’t have to think much. I have the visual image in my mind and I don’t want to ruin it by taking so much time to set the camera. 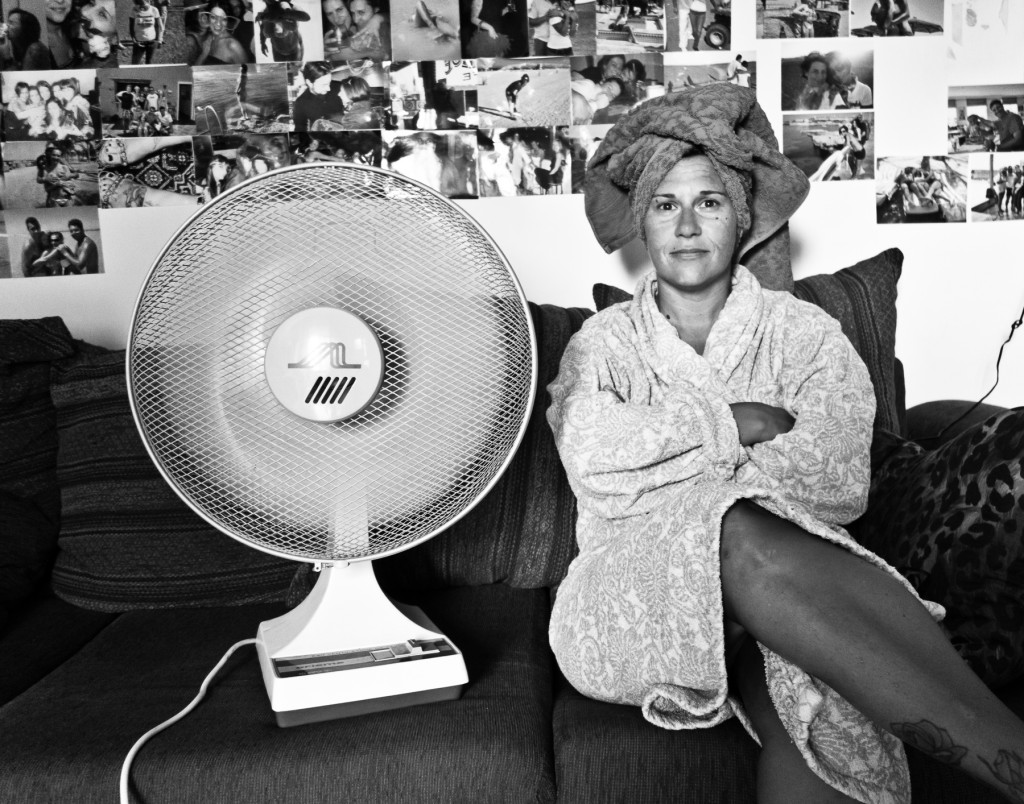 Read our review of the Ricoh gr camera that Livio used for this series in our new fall issue! Look for it at the nearest studio or equipment company or Barnes and noble.