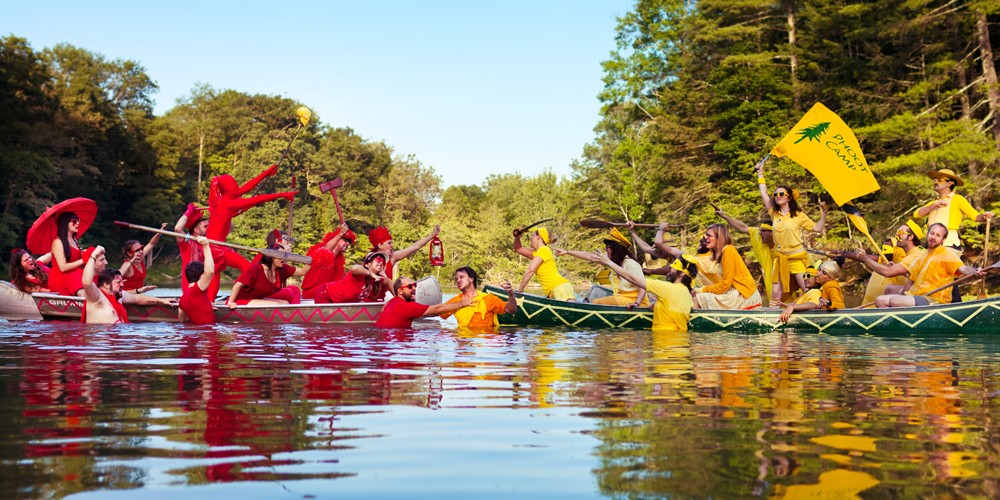 As a freelance designer and the former editor in chief of JPG Magazine, Laura Miner is able to expertly organize editorials, photography, and websites. She combined these talents for Pictorymag.com, her photo blog for which she curates daily submissions. However, ask Laura what she really does and you’ll find out that it’s more than meets the eye. “My first priority is the magic of bringing special people together through creative adventures,” she likes to say. And her most recent adventure, Phootcamp, has garnered her a reputation as a “curator of people. 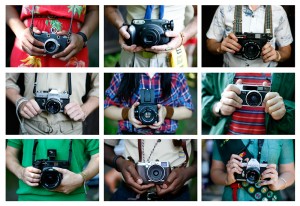 Inspired by O’Reilly Media’s Foo Camp (a retreat for the best and brightest in the tech industry), Laura conceived the idea of Phootcamp back in 2009. “I’d been working on Pictory alone in a room, and missed being around people,” she recalls. While talking to photographers she knew through JPG, Laura quickly realized how much she and her peers had in common. “Creatives tend to be independent folks, but you can’t achieve your wildest dreams on your own. While we don’t always know who these important people in life are going to be, or how we’re going to do the best work of our careers, getting a bunch of talented strangers in the same place seems like a good start to finding out.” For the first Phootcamp in 2009, Laura invited eighty strangers—people with whom she’d only ever emailed—to go camping for two days in China Camp, located in San Rafael, California. Among the twenty who actually went were famed British photographer, Kevin Meredith, a.k.a. Lomokev, and Austrian editorial shooter Daniel Gebhart. “It was terrifying, but it worked,” Laura remembers. Realizing the need for a better balance among the participants, Laura arranged the attendance of the second Phootcamp with two-thirds alumni and one-third new talent. “Phooters,” as the campers are called, are grouped into “camp buddy” pairs of veterans with rookies. 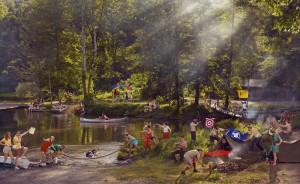 Anyone twenty-one or older willing to pay the newly instated $20 fee can apply by submitting a self-portrait and answering, “Why would you make this the best Phootcamp ever?” Space is limited to thirty-five, and with so many professionals in one place, Laura emphasizes the value of the application process. “Most people who would sit down and ‘lower’ themselves to apply are going to fit in at Phootcamp,” Laura explains. “Ideal Phooters play well with others, come willing to share and teach, and love photography.” And Phootcamp is unlike any other trade event, fostering cooperation and friendships that outlast four days of camping. Although it may be considered a professional springboard, the retreat is decidedly not a networking opportunity, but rather a support community in which Laura regularly reinforces a “no personal gain” credo. While some Phooters come to camp already having volunteered to lead discussions and how-to instructional lessons, the staple of Phootcamp’s learn-by-doing atmosphere has proven to be its campers’ collaborative shoots. As self-described Instagram addicts, who double tap for high fives just as one double taps to like on the site, Phooters come in knowing, “What happens at Phootcamp stays in Phootcamp goes everywhere.” #Phootcamp has over a million Instagram followers who can’t get enough of the inventive concepts, crazy costumes, and fun personalities of this photography fantasy land. This year’s theme, “Moonrise Kingdom meets Wet Hot American Summer,” attracted two hundred applicants, including returning Phooter Gabriela Herman. She describes, “The group dynamic is a creative explosion.” Gabriela, who confesses to following over 250 blogs, stumbled upon the Los Angeles Phooter’s blog last year, and thought she’d fit right in. “I was in a funk, looking for a creative release to just focus on photography.” Her sentiments are commonly felt among those attracted to Phootcamp who are often, “burned out and trying to rediscover their joy for photography,” Laura explains. Based on Phooter feedback requesting “a little bit more fire be put under [their] asses,” Laura upped the ante by arranging an exhibition of Phoot photography at this year’s Photoville in Brooklyn, New York, which took place just four days after the camp ended. 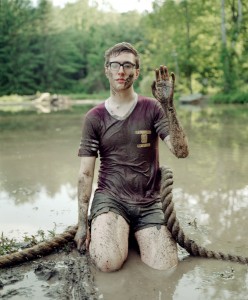 “I’m sure people think we’re hipster assholes,” Laura remarks, but as the popularity of Phootcamp has quickly outgrown its capacity, what she’s actually concerned about are those who wish to be one of the hipster ass-holes, but can’t. “It breaks my heart; I hate the idea of creating a warm, supportive group that ends up making people feel excluded.” Laura’s next project will be figuring out how to expand the Phoot community. “I’d love for it to be a permanent part of my life.” 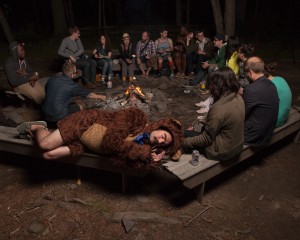 This article previously appeared in the Fall 2012 edition of Resource, which is available online here.