Jason Gardner: “The Other Side of Carnival”

When you hear the word, “carnival,” what’s the first thing that comes to mind? Images of glitzy parade costumes? Thoughts of greasy and delicious street foods? These details merely scratch the surface and are only a fraction of what really happens at carnivals. Jason Gardner, self-taught photographer, shows the world a completely different side of carnival in Pernambuco, Brazil through his book, A Flower in the Mouth. Gardner’s goal wasn’t to travel to Brazil for a few weeks and only capture the public aspects of carnival; he dug deeper, returning to Pernambuco five different times over a nine-year span. He gained the trust of locals, becoming accepted and invited into private ceremonies and preparations that outsiders would never get a chance of witnessing. Jason Gardner’s book is filled with stunning, eye-opening images that paint a picture of the distinctive carnival traditions in Pernambuco, Brazil, shedding light on these culturally rich practices. 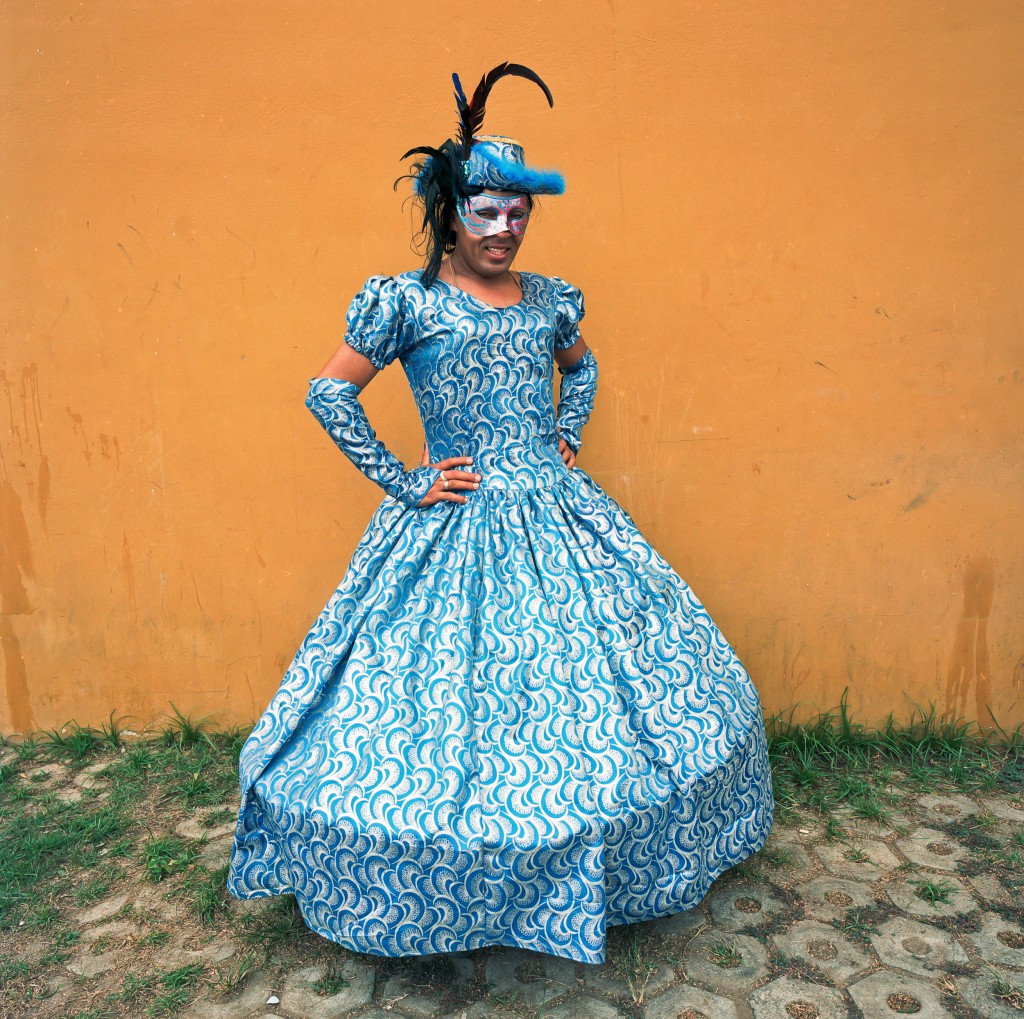 When did you realize that you wanted to be a photographer?

I was always shooting photos when I was a kid, meaning grade school and high school, and I had this sort of abstract dream of becoming a photographer. But this is my second career, so I worked for about four years in the corporate world doing marketing and I was dissatisfied with it. I decided to go on a backpacking trip around the world, a big trip, and when I came back I started looking at the photos that I had shot while I was considering my next move, and I got some validation. I did a little exhibit and people said it was good and that I should become a photographer, and the more I thought about it I realized that I wanted to follow the dream.  When I was a little kid my dad was a pilot, not a professional one but you know, he had a pilot’s license and for a hobby he used to take small planes up. He took me one time when I was maybe 8 years old and it was in upstate New York. We had been up for the afternoon and at one point I said, “Daddy, look! Feathers!” and he said, “what do you mean feathers?” We were passing over a green field and I pointed to these little white objects, I called them feathers but they were cows. They were far enough away but I kind of reinterpreted them as feathers, and so that was an early hint that I had this kind of visual sense. 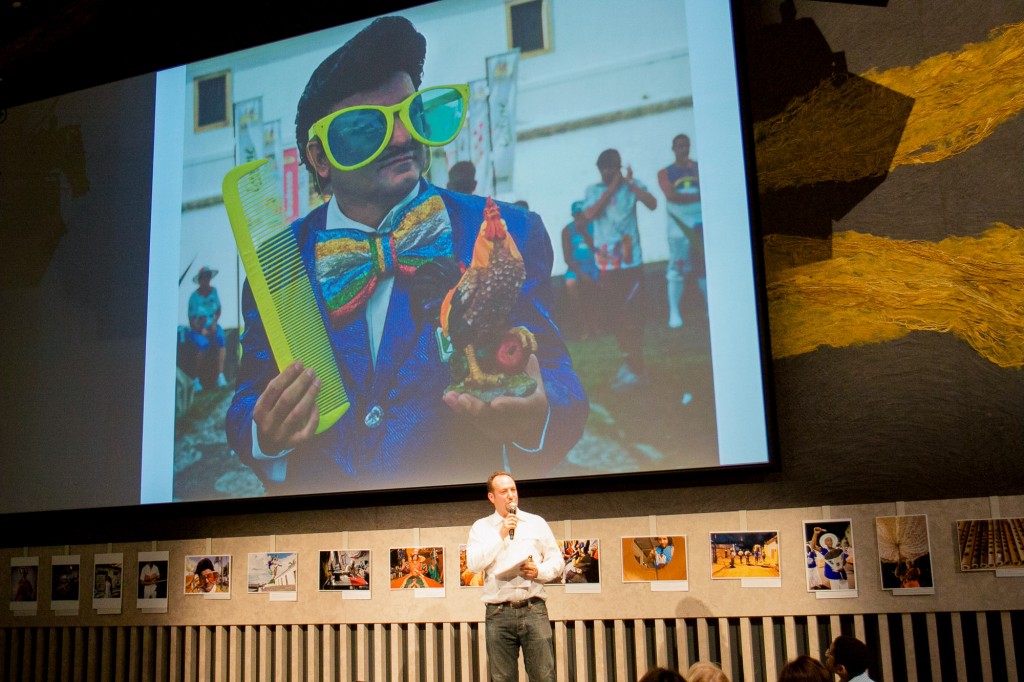 Talk a little about your book, A Flower in the Mouth. What went into capturing the images for this book?

Well, five different trips to Brazil over nine years. That’s step one, each trip being about a month or two. An archive of 35,000 images, editing that down, that took a long time, over time. Learning Portuguese, Brazilian Portuguese, getting to know that one place. I mean the reason why I went is I love music and culture, I had never been to Brazil and everyone said, “you have to go there.” Also, as I started to shoot more assignments, I talked to editors and they said that you really have to show a body of work that’s personal to you. I thought about it more and I really wanted to do a documentary about a musical region, but it wasn’t just that I went for one week and shot carnival and went home, no, I wanted to keep on returning to one place. I found this place by actually interviewing and first talking with a lot of Brazilians and musicians, but then it started to get to be more ethnomusicologists. They kept on pulling me to the region. Brazil Is pretty well known for a couple of cities, Rio is very well known, Salvador is very well known and San Paulo, but the place that I went, Recife, and the state, Pernambuco, is less known outside of Brazil. It’s pretty known inside of Brazil as being a cultural breadbasket, you know, a center of culture, but it was virtually unknown outside of the city except for the academic communities and some musicians getting hip to it.  I went, and my project evolved, and first I was saying I want to do a documentary about traditional musicians, but I quickly realized that the carnival, which happens every February – the same day as Mardi Gras in New Orleans – is central to their music and culture. It became more about culture and the carnival. 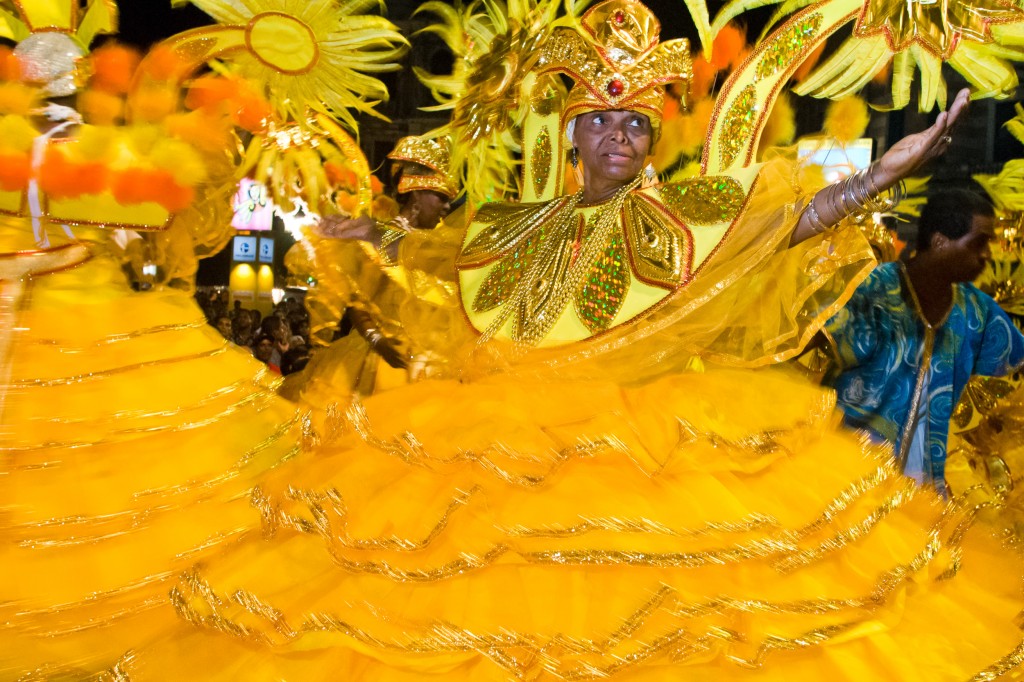 My book sort of has three levels to it, one is the very public side of carnival, the other is the culture that supports that, the kind of music groups and the kind of dance and ritual, and the third is the ceremonies that happen behind closed doors and the preparations; the other side of carnival.  The thing that was also dynamic about the region was that it’s very folkloric, and a very democratic carnival. It’s not as glitzy as the stereotypical carnival, it’s a lot more cultural. They do party there too, but it’s definitely something people take very seriously. After I had done all of the shooting and even while I was doing it I had to keep on thinking, “what are the themes here?” I had to talk about it and show it to a lot of people and figure out how to organize it. 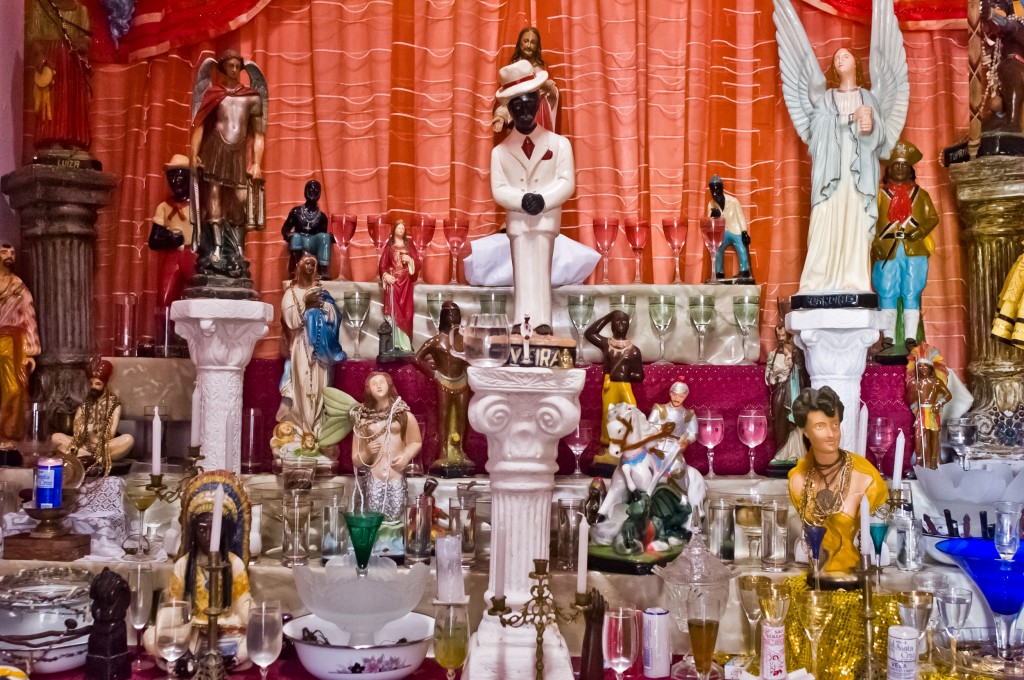 I wrote the English side of the book, the manuscript is about ten-thousand words long. We always have the struggle, do the images speak for themselves or do they need context? On one level most people will look at a photo book and just look at the images, but because they take the culture so seriously there I felt like I had to do some explanation of each, why it was relevant and what happens. [There were images] even people from that area had never seen before, and even those people needed an explanation as to what it meant and how important it was. I had to translate all of the English into Portuguese too, professionally, because the market is not just English speakers but Portuguese speakers too.  Besides the design and doing prepress, there was a lot of thinking about it, marketing it, and yes, the inevitable kick start campaign that was a major part of funding. 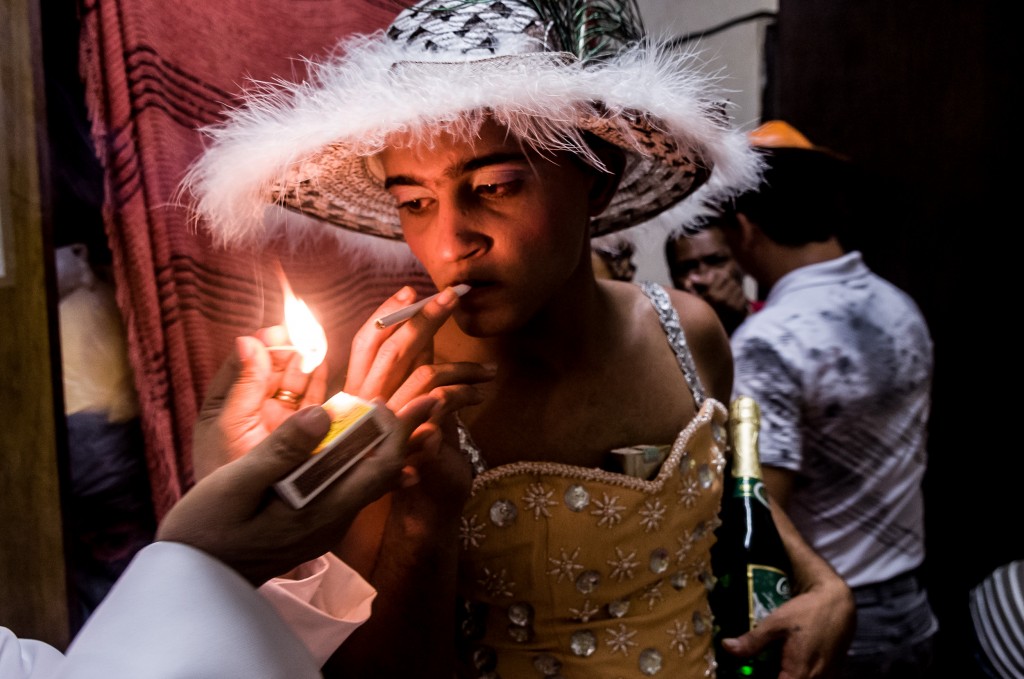 What is the most unique or memorable experience you’ve had at a Carnival?

I’ve been there five times, and four of the five times were during carnivals. The first time I kind of stayed up all day and all night for four days straight. I’d been there for two weeks already but there was so much going on that I decided to do that. It’s all unique. Part of the experience of carnival, not just partying but keeping your head about you to document this properly, is the marathon quality of a four-day stretch. It’s not just like, “I’m going to shoot the party and its all fun,” it was twice as much work to stay up day and night and keep going. The first year adrenaline got me through, and the following years I kind of knew what I was doing a little bit more and could kind of pick and choose. 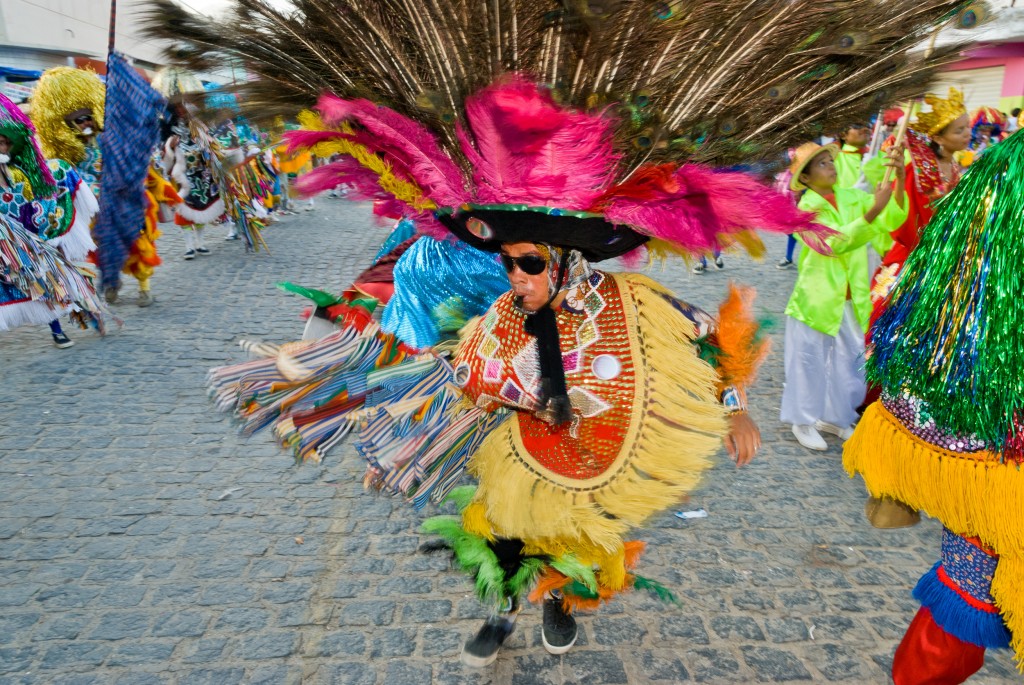 You also create videos, how is your creative process for making videos different than for photos?

I would say half of it is the same and half of it is different. The half that’s the same is framing, composition, lighting and storytelling by way of composition. The thing that’s wildly different of video versus stills is you’re shooting for motion. You’re shooting for a range that enters the frame, is in the frame, and leaves the frame. Where as in still you’re just looking for that one capture. It’s completely different. You are definitely documenting more because you shoot more. For me it’s a lot more just documenting what’s there and the creative process happens in the editing room. I guess it’s a little similar to the book project where I shot a whole bunch of stuff, and as I kept shooting I started having thoughts about it. There were some images that were hero images, ones that you’re definitely going to use no matter what, those are my favorite ones. They’re the strongest.  All of the other images, that connective tissue, it’s similar to video in that, you weren’t sure about it when you were shooting it, or it was just kind of there, and it ended up being a very good connective tissue for the story you’re telling. 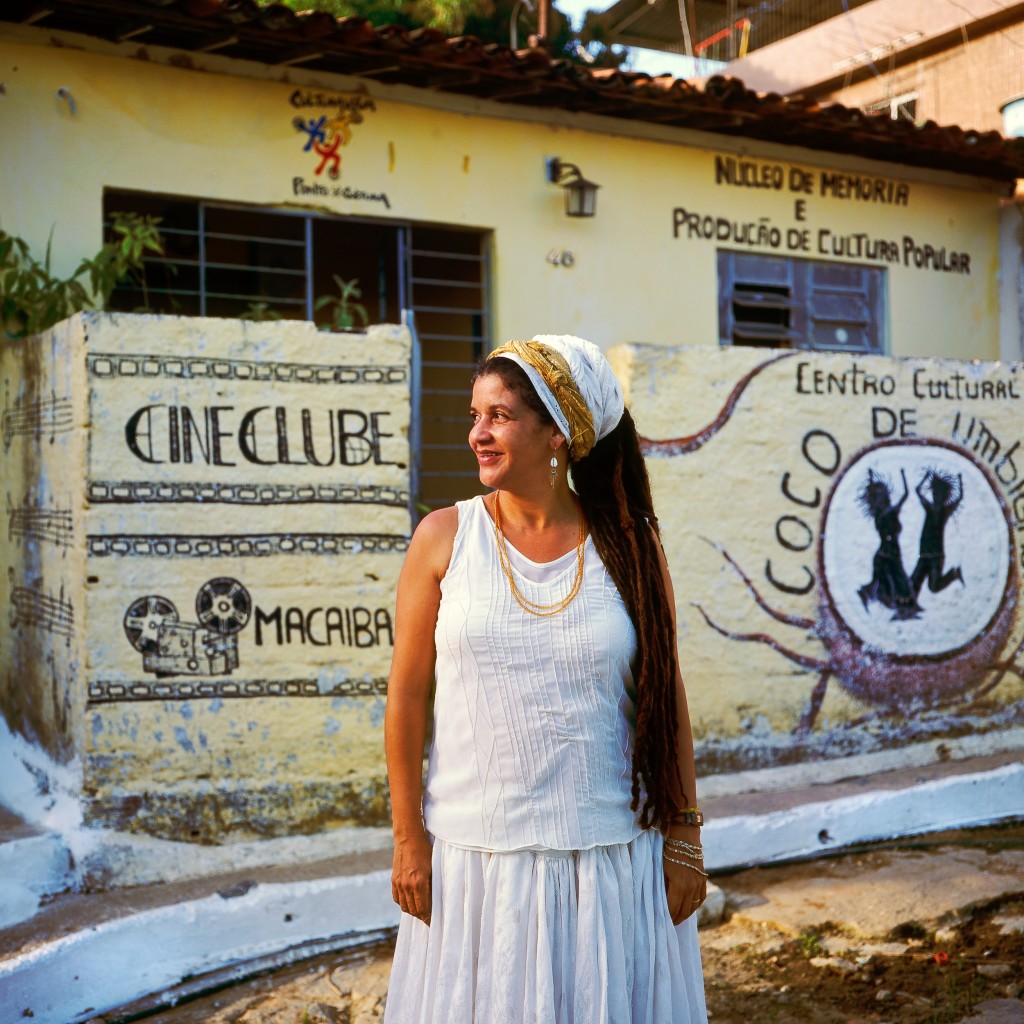 For example, I started in this place just shooting carnival and the costumes, then I got a little bit deeper working with groups and shooting them as they practiced, getting to know them by doing portraits of them. Then I got a little deeper and started photographing their rituals, the things that they held sacred, both their public rituals—the traditions in carnivals, the things that happened every year at certain times—but also their private sort of ceremonies and rituals. Then I said, “okay, I have the public and the private, so what else don’t I have?” I started to shoot some of the landscape to show the sense of the place.  One of the openers of my book is a horse and buggy. To me it’s kind of a bridge between the old world and the new. It ended up being an important opener image to set the tone of the place.  On my first shoot at carnival I was walking down the street and I saw an interesting hotdog vendor. He had a cart on wheels, but it was decorated really funny, it was the word, “hot,” English, and then a drawing of a dog. I found it very quirky and funny, but it ended up being part of one of the landscape spreads of the book because it was kind of a counter-point to this big cityscape of all these buildings. In that way [photography is] similar to video in that sometimes you shoot some b-roll that you don’t think that much of, but it serves as being a very good counter-point to a major thing you’re trying to say. 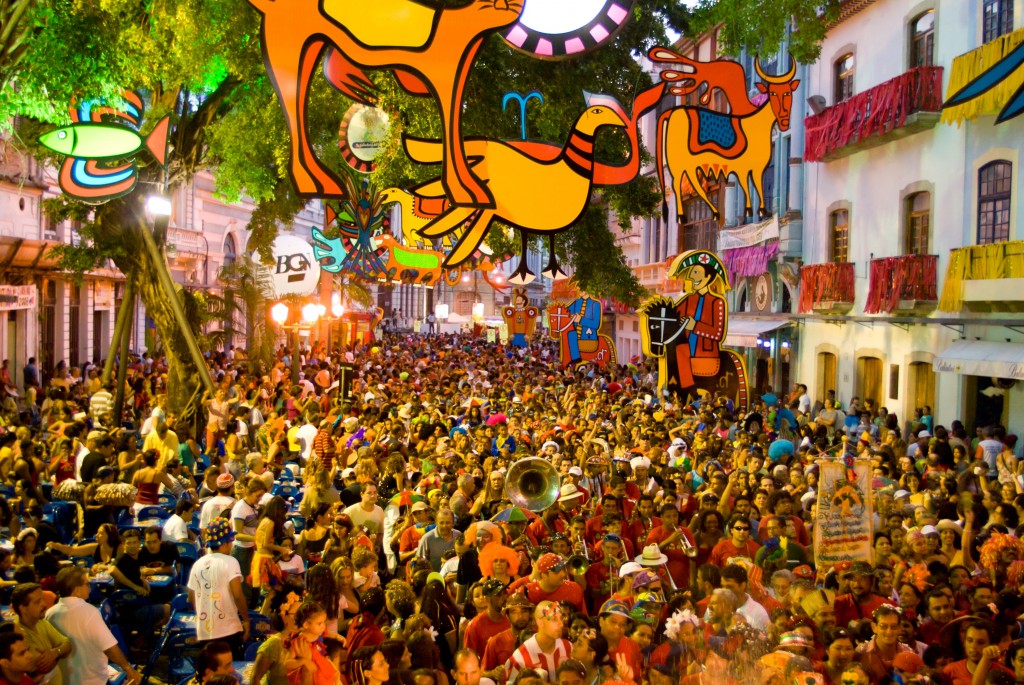