When people who have never been to Israel find out that I am from Tel Aviv, they tend to think I am from a provincial Middle Eastern city filled with slow-moving camels, armed soldiers, and ancient Biblical monuments. I don’t even know where to begin to prove them wrong. Tel Aviv is in fact a stylish, modern Mediterranean metropolis with chic and bustling cafes, an exciting culture scene, trendy boutiques, and a roaring nightlife. But the real appeal of Tel Aviv is in its people, who love the good life. Ever-crowded cafes buzz with laughter and conversations almost 24/7, and crowds spill out of theaters, music halls, and nightclubs late into the night. The city feels self-confident, even hedonistic at times, but it’s mostly simply alive.

Tel Aviv has been developed tremendously in recent years—new high-rise buildings went up, while old buildings have been restored. The contrast of new vs. old, chic vs. conservative, or local vs. international, will make your visiting and shooting experience a successful and enjoyable one. 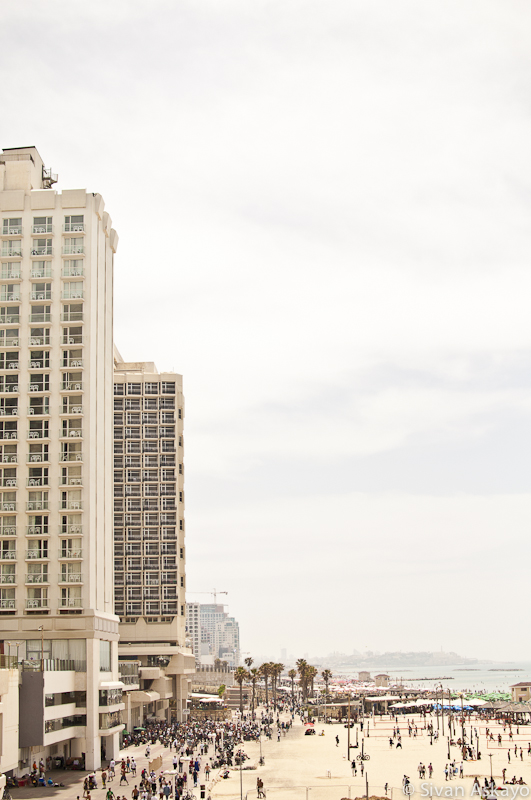 Tel Aviv is located on the Israeli Mediterranean coastline. Immediately north of the ancient port of Jaffa, it lies on land that used to be sand dunes.

Tel Aviv is a 11-12 hours flight from New York and daily direct flights are available. Ben Gurion Airport (www.iaa.gov.il) is close to the city (30 minutes by car or train), with a reliable taxi service available 24/7. 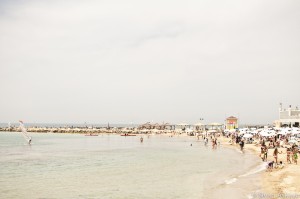 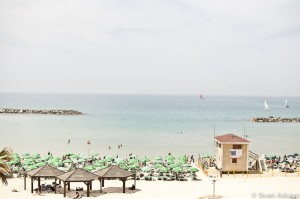 There are barely any days in the year without sunshine, even during winter. Avoid shooting outdoors during summer as humidity and heat start early in the morning and quickly become unbearable. 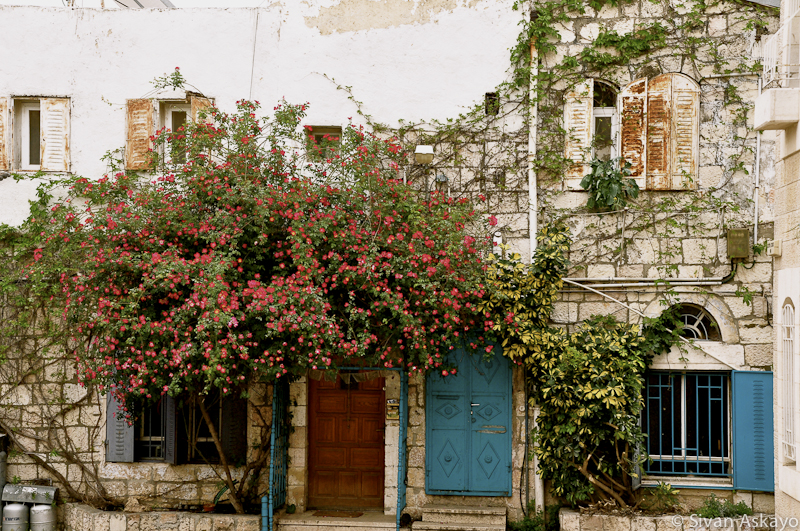 Locations Outside of Tel Aviv:

* Jerusalem (45 minutes from Tel Aviv). Stay in Tel Aviv and go to Jerusalem for the day. The birthplace of three major religions, the city is steeped in history and arcs back to the beginning of civilization.

* Dead Sea (1.5 hours away). The Dead Sea is the lowest point on Earth and a geological phenomenon. Against a backdrop of towering desert mountains, the white, turquoise, blue and green shades of the minerals on the lake present a unique location for photographers.

* Sea of Galilee (2 hours away). The largest freshwater lake in Israel, the Sea of Galilee is surrounded by the Golan Mountains. The nearby city of Tiberius is famous for its promenade, filled with restaurants and hotels.

* Golan Mountains (2.5 hours away). The Golan Heights combine large plateaus covered with farms and wineries, and mountains full of rivers and springs. Its altitude is high enough for the mountain to be covered in snow during winter.

* Mount Hermon (3 hours away). The highest peak in Israel has a winter ski resort that becomes a hot spot for hikers during the remainder of the year. The view is exquisite: on a clear day, you can see the entire north half of the country from there.

* Forests. The closest and largest forest is Ben Shemen, located 20 minutes from Tel Aviv. You can also go to Little Switzerland (1.5 hour away), or Park Canada (30 minute away).

* Deserts. Two main deserts constitute the southern half of Israel: Judea (1 hour drive from Tel Aviv) and Negev (2 hour away). Their respective landscapes are very varied, from round hills flowing as far as the eye can see, to rugged, sharp cliffs and deep canyons concealing the ancient ruins of Masada or Wadi Kelt.

* Virgin Beaches and Sand Dunes. Gaash, Michmoret, Palmahim are only 20 to 30 minutes away from Tel Aviv.

* Arab Villages. Abu Gosh, Jaser A-Zarka, Dalyat El Carmel are all less than an hour away.

* Coral Reefs (5 hour drive from Tel Aviv or a 30 minute flight). The southern tip of Israel dips into the Red Sea, where you will find the Eilat coral reefs—a breathtaking location for scuba diving, snorkeling, and underwater filming. 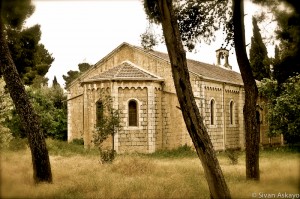 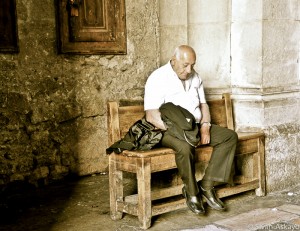 Most people in the industry work together and know each other well. They often rely on word of mouth, which explains the occasional lack of website. 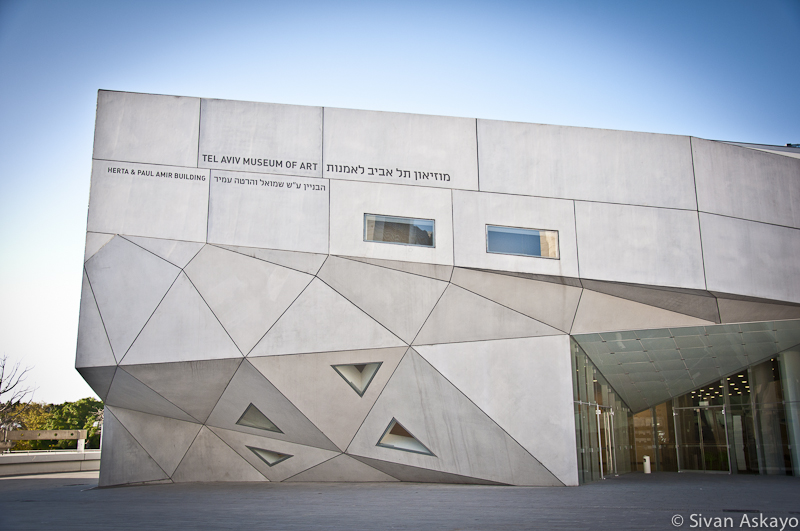 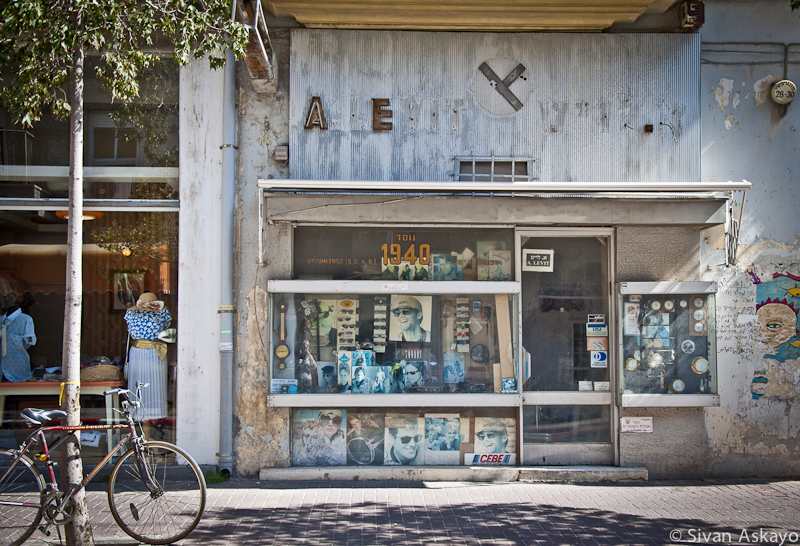 * Taxis. Each city and almost every town will have its own taxi stations. You can call the station to order a taxi or hail one on the street. The main stations in Tel Aviv are Habima Taxis, Hayarkon Taxis, Hatzafon Taxis, and Nordau Taxis. Most taxi drivers speak at least a few words in English.

When traveling in-town, ask the driver to put on the meter. When taking a taxi out of town, negotiate a set fare.

* Sherut / Sharing Taxi. “Sherut” are 10-12 seater vans that follow major bus routes and operate between cities. Fares are a set price and are similar to public bus fares, but Sherut go faster and tend to be less crowded. Their operating hours extend longer into the night, but, as they leave only when full, you may be in for a wait. Additionally, their stops are pre-determined and they do not get off route for individual drop offs.

* Car or Van Rental. Most rental companies can be found at the airport. During the summer and holidays, you need to book your car well in advance, even as much as a few months ahead.

Make sure to get a weekly rental, as it’s a cheaper option than renting per day. And rent the car in a non-Israeli’s name if possible—you’ll save 15.5% of VAT tax.

* Bicycle Sharing System. In 2011, Tel Aviv launched Tel-O-Fun, in which 150 stations of bicycles for rent were installed within the city limits and 100 kilometers of bike lanes have been built. 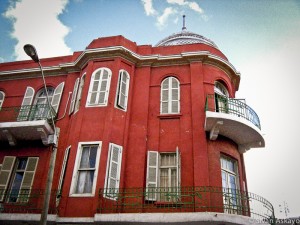 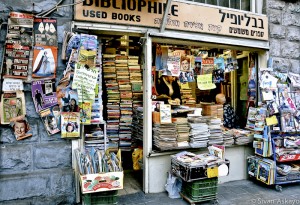 * Beaches. Tel Aviv’s shore is 14 km long; a new boardwalk runs along the beach from Bat Yam in the south up to Herzliya in the north. The beach was ranked among National Geographic‘s world’s top beaches.

Jaffa is one of the oldest port cities in the world and a unique location for photo shoots. The white Jerusalem stone used for the buildings and streets echoes the past, while the galleries, large squares, gardens and quiet alleys make it a perfect setting for romance. The old area of Jaffa includes the ancient port, various historic sites, restored buildings dating back to the Ottoman period, and upscale restaurants, galleries and boutiques. The flea market is buzzing, especially during the weekdays, and crowded with some interesting characters, deals and steals. Take a hike to St. Peter’s Church to see the Tel Aviv skyline.

-Neve Tzedek, the city’s oldest neighborhood, is a colorful oasis with an atmosphere that evokes an artists’ colony. It’s spotted with colored old houses and has lots of great restaurants and wine bars. It’s a beautiful area, both day and night.

-Hatachana is a renovated area next to Neve Tzedek and is home to outdoor restaurants and wine bars, designer boutiques and galleries – www.hatachana.co.il

-Rothschild Blvd is a showcase of Bauhaus architecture, with numerous historical buildings beautifully restored. A tree-lined boulevard dotted with benches, outdoor coffee kiosks, and chess tables, this is one of the most charming places to stroll and hang out.

-Kerem Hateymanim is a small, crumbling neighborhood, which was recently discovered by bohemian Tel Avivians looking for inexpensive housing. The area is now home to boutique hotels and upscale restaurants.

-For modern architecture, head over to the diamond district, Azrieli towers, and the southern Kirya. 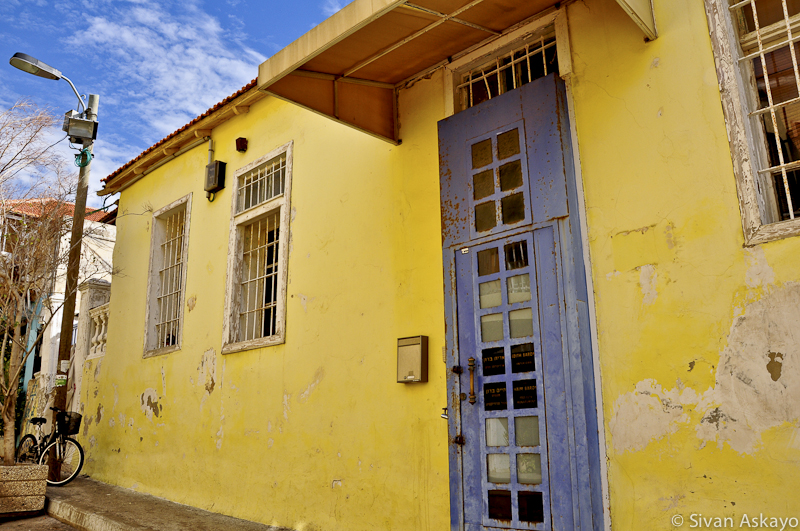 * Ports. Tel Aviv has three beautiful ports: Jaffa with its fishermen, hidden coffee shops, and large business center; the Gordon Marina has sailboats and yachts docked against the long Tel Aviv beach boardwalk and Gordon pool; while the Tel Aviv port is being renovated to become a cultural center and one of the main hubs of the city’s nightlife.

* Parks. Tel Aviv is rich in parks and green avenues, but its most popular park is the vast Yarkon Park, which boasts lakes, green lawns, wildlife, bike and running paths, and sports facilities.

* Squares. Many squares in Tel Aviv would be perfect locations for a photo shoot. Take for instance the New Train Station’s Square surrounded by coffee shops and boutiques; the Culture Square, located near the opera house and the new Art Museum; or Bialik Square with its beautiful Bauhaus buildings…

* Markets. The bi-weekly arts and crafts market of Nachlat Binyamin has artists selling their creative fares, while the bi-weekly market of Dizengoff square offers foreign and Israeli antiquities. The Carmel Market is the largest outdoors market in Tel Aviv, and sells everything from toiletries and clothes to meats and produces. 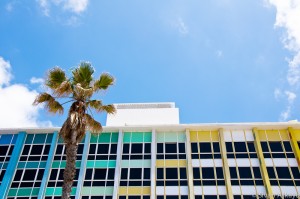 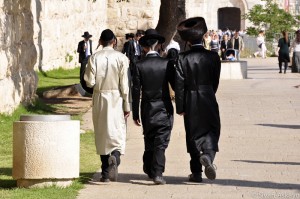 Tel Aviv and Jaffa offer great locations for film and photography shoots, but you’ll need a permit to shoot in the streets. You can find all the info here:

If you don’t have the time, you can hire ILocation (www.ilocation.tv), which will find you the perfect location, tailored to your needs and arrange all location permits.

Exchange rate with the $

Where are the best places to exchange money?

Banks can be found on almost every street, especially in shopping areas. While banks are closed from Friday afternoon till Sunday morning, ATMs still work. There are money exchange booths in touristic streets, such as Hayarkon Street, Alenbi Street, or Ibn Gvirol Street.

Tipping in restaurants and cafés is common and in fact, quite expected. The norm is to leave between 12-15%. For taxis and bars, round up the cost and leave the change. 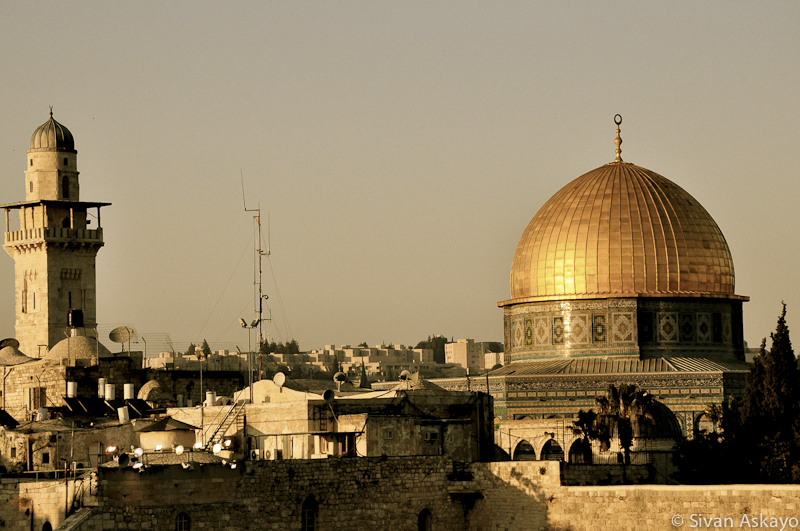 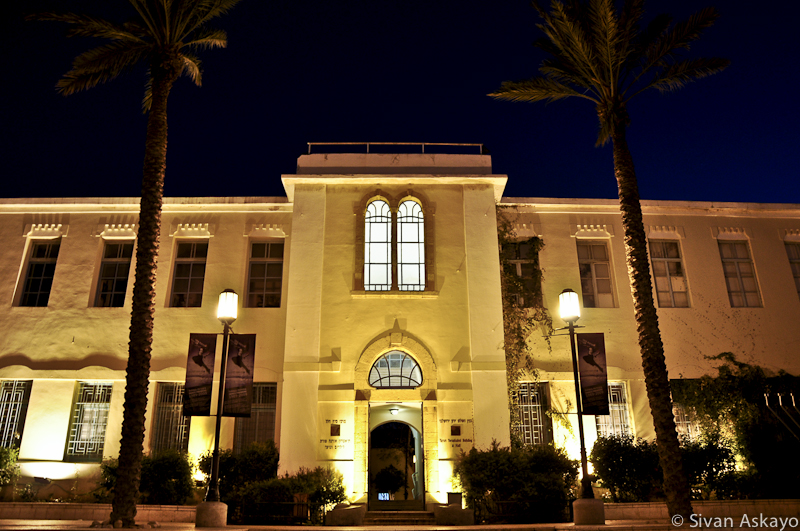 Phaidon Wallpaper City Guide Tel Aviv 2012 shows you all the hype places to be and see, with its iPad app out in the next few months.

Tel Aviv is quite a wired city. In almost every coffee place you can ask the waiter for their wi-fi info. Most hotels also offer free wi-fi. 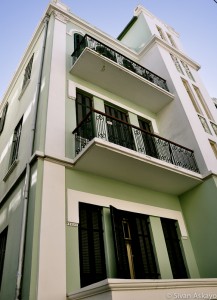 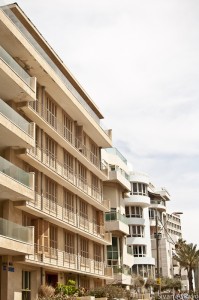 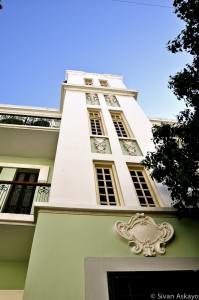 Things not to forget:

* Electricity supply: 220V with two-pin wall sockets, so an adapter is needed.

* Office Hours: From 8am-5pm or 9am-6pm with a one hour lunch break, usually between 12-2pm. Most businesses close on Friday afternoon and re-open on Sunday morning.

* Store Hours: From 9 or 10am to 8pm or so. On Friday, stores are open till 3 or 4pm, while they are closed on Saturday. Sunday is a regular weekday.

* Cafes and Restaurants: Most stay open for the weekend, although there are many exceptions so it is always wise to check before going out.

People. Don’t worry if the locals don’t smile at you very often. They are not being snobbish or cold, but just cool, in the fashionable sense. They warm up very quickly. Guaranteed. 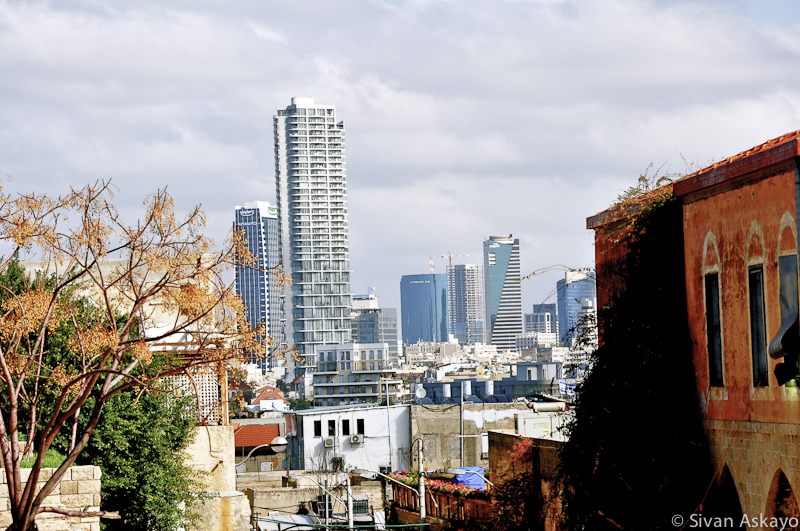 This article was originally published in the Summer 2012 issue of Resource which can be purchased here.