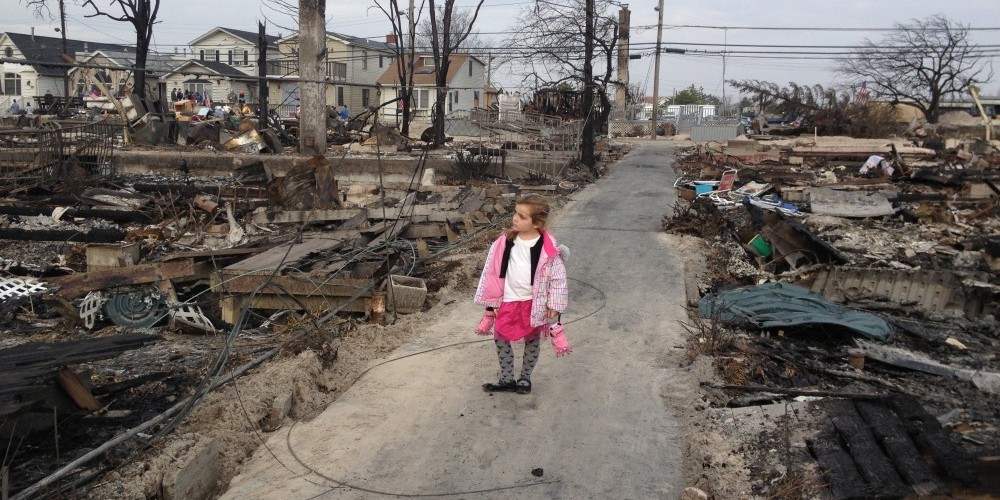 Today, October 29th, marks one year since Hurricane Sandy’s storm surge hit New York City.  The damage was unlike anything most had ever seen; flooded subways and streets left the city at a standstill, while power outages plagued the area. Homes were destroyed, lives were lost and people were literally left in the dark.  “Rising Waters: Photographs of Sandy,” is an exhibit that debuts today at the Museum of the City of New York and runs until March 2nd. The work showcased in the Rising Waters exhibit has been carefully selected from a pool of over one thousand images, submitted by professional and amateur photographers. This is a juried exhibition that shows all aspects of the storm, including the preparation, before and after images, the destruction the storm caused, and the arduous task of rebuilding. In a statement about Rising Waters, the Museum of the City of New York said, “This exhibition is part of the City Museum’s ongoing initiative to present the photographic works of people from all walks of life as they capture pivotal moments in the city’s history and is presented in conjunction with the International Center of Photography.” Although the rebuilding efforts are nowhere near complete, New York is slowly but surely healing from the destruction caused by Hurricane Sandy. The images in the City Museum’s Rising Waters exhibit are haunting and heartbreaking, documenting destroyed homes, distressed people, and the pure fury of mother nature. The images also show how New York City pulled together in a time of despair, and have worked together towards the common goal of rebuilding.