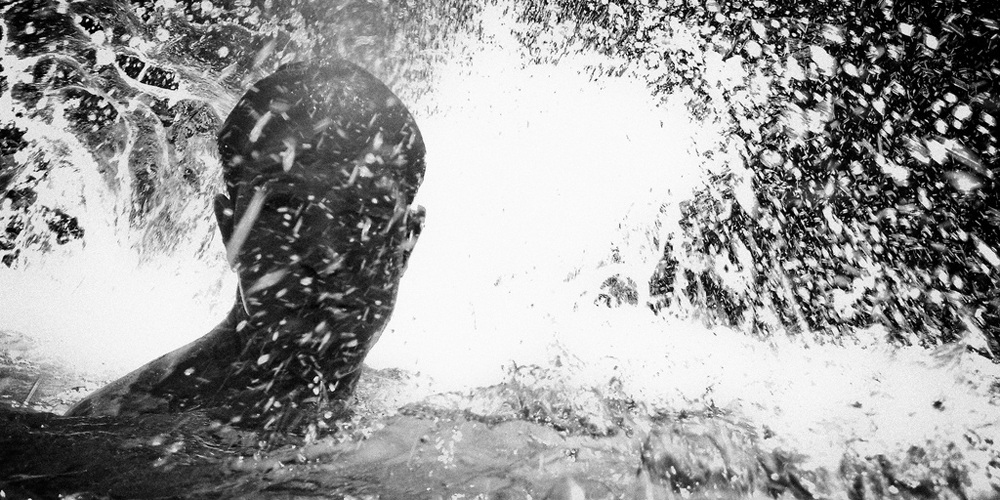 “More than a photographer I consider myself a screenwriter. My stage is the street, and my unwitting actors are people on it.”

Italian street photographer Emilio Barillaro is a storyteller. Stringing together spontaneous moments, he creates narratives spun from the stray glances and stolen expressions he captures on the streets (or under the waves) of his native country. Though he has been shooting professionally for less than two years, he has already proven himself to have a knack for composition and a natural flair for storytelling. Barillaro’s latest project, “The Confession of a Shark,” is a watery drama, simmering with tension and bursting with exuberant bubbles above a sun-dappled sea floor. Resource chatted with this master of the unscripted moment about his artistic beginnings, the power of street photography and getting a bow from Joel Meyerowitz.

What is your first memory of photography? When did you discover it?

Since the beginning of my childhood I was surrounded by paint and photography. My father is a painter, photographer, writer… an artist at 360°, a very good one. I’ve always been fascinated by the way art can help you to express yourself, and I always had the feeling that there was something inside of me that needed to be released. So I tried with painting and poetry, but it didn‘t work. I received my first camera as a Christmas present two years ago, and I remember that I spent all my holidays reading all the material available about photography on Internet.

Did you study photography or are you self-taught?

I’m mostly self-taught, but I also attended some workshops with Alex Coghe and Joel Meyerowitz. 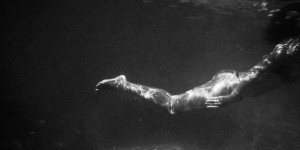 What drew you to street photography?

I spend almost the entire day working in an office as a media planner/buyer, and in my free time I want to be surprised by something. What I like most, in fact, is to go out and not to know what I will find. So I became a street photographer, a catcher of candid moments. I could not be anything else than a street photographer. I’m sure about it.

What do you see as the role of the street photographer? Are you a participant in the scene or just an observer and documenter?

To be a street photographer you have to be in the scene, part of it; you cannot be far away and just document it. 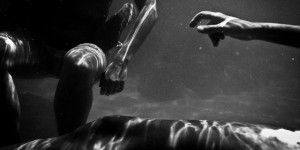 What is your favorite moment or encounter you’ve experienced while shooting?

I was in this small town in Tuscany (Cortona), during Joel Meyerowitz’s workshop and I saw this scene: 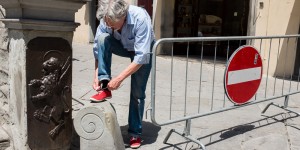 Immediately I approached the man with red shoes and took three shots from different angles.

After the third shot I heard someone screaming in my direction and instinctively I turned to him… Joel Meyerowitz was screaming at me, “Keep shooting! Keep shooting! Arghhh, he is gone.”
So I approached him and said,
“But, Mr. Meyerowitz, I already got three shots…”
“Are you sure? Did you get all three elements?”
“Sure!”
“Let me see…”
So I showed him the LCD and he said, “Ahhhhh perfect! This is the only gift that the street gave us today and you’ve been good to see it, to be ready to catch it and to frame it perfectly! Bravo! (with subsequent bow)”
Joel Meyerowitz bowed to me.
I still cannot believe it really happened.
I’ll never forget it. 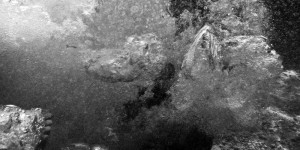 Do you ever run into problems with people not wanting their pictures taken? How do you handle that?

We can start from the fact that I am rarely noticed. But the few times (two or three) that someone said something to me, I simply deleted the photo and shook their hand, explaining with a smile that a photo has never killed anyone.

What excites you about photography?

Having the possibility to stop time and return it to the world through your vision. 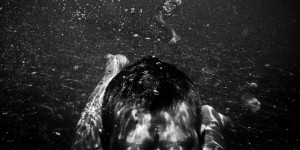 Tell us about your latest series, “The Confession of a Shark.” Where did the concept come from?

I was going to spend my summer holidays between Calabria and Santorini, far from the chaos of the city and the grey of the streets. So I thought that it could be interesting to try a street photography approach—so candid, un-posed and un-staged—in an unusual and more difficult environment: underwater. So I bought an HP waterproof camera on Amazon for just 59 euros.

What story do these photos tell?

The idea was to create a story where the protagonists are a shark and its potential victims. So I tried to show the feelings of peace and tranquility in the people, who normally enjoy the sea, but at the same time I tried to induce in the viewer the feeling of tension, the need to scream, “Look out! There’s a shark.” 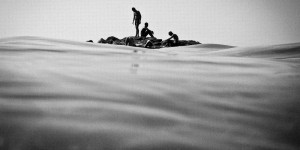 What’s in your camera bag?

How would you describe your creative process? 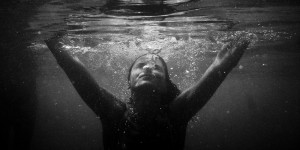 What special skills or awareness does street photography require that other kinds of photography don’t?

I think that street photography is the most difficult type of photography to achieve because it’s un-staged. You must have a great eye, to see what others do not see, and you have to be able to catch it and frame it in an optimal way in a split second…Once gone, it is gone forever. You also obviously cannot be afraid to get close to people. It is not easy at all, but when you have captured that moment you saw, it is priceless. 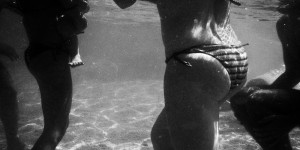 What are you looking for in that perfect street photography moment?

Something unique, original and unrepeatable.

SPontanea is essentially my idea that has been developed and improved with Umberto Verdoliva and the other members of the collective. I believe that this collective, over time, can become the reference point for street photography in Italy. Besides being constantly confronted with great photographers, it helps you to grow and improve day after day. 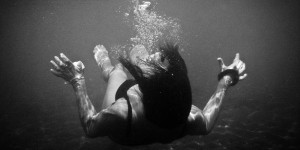 Why do you prefer shooting in black and white? 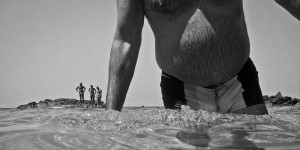 To see more of Emilio Barillaro’s work, be sure to check out his website, as well as his Facebook page.