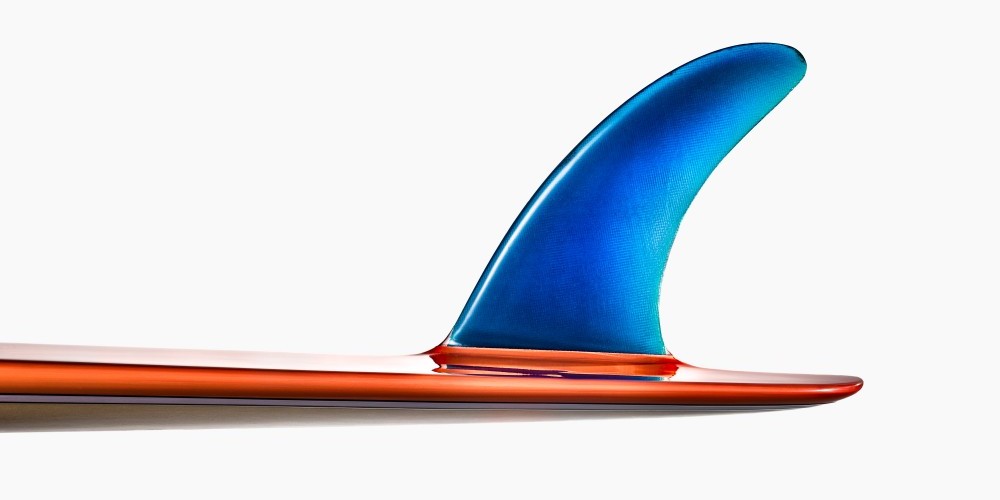 Over the past sixteen years, photographer Timothy Hogan has had a successful advertising career. He’s shot ads for Maybelline, Tommy Hilfiger, and Visa among numerous other companies. Although he enjoys working in advertising and has had a fruitful career, Hogan longs to do something he’s truly passionate about; thats where theFINproject coms in. theFINproject fuses Timothy Hogan’s love of surfing, with his love of photography, giving him a more creative outlet. The project has two angles: the fin as an object, and the stories of the innovators behind the fin. To explore the fin as an object, Hogan will take thousands of still shots of fins, showing how unique each and every fin can be. Through his series of photographs he hopes to spark the interest of the viewers and make them wonder about the story behind each fin.  Timothy Hogan’s documentary tackles the second angle of theFINproject, and will tell the stories of the innovators behind the fin. His still shots of fins have a remarkable graphic clarity to them, and Hogan is determined to make his documentary match his photographs. “I’m not interested in half- measures,” Hogan tells Resource, making it clear that he’s pulling out all stops for this project. Check out theFINproject on Kickstarter and help Timothy Hogan reach his dream of combining his two passions, you even recieve a reward by backing his project: one of five stunning images of fins.

When and how did you get started with photography?

I studied photography in college and graduated from Syracuse University in 1998. Back then (in the good old days) it was traditional photography: chemicals, the darkroom and such. I loved getting messy and really delving into the process of making photographs. That’s what drew me in. Today with digital you just take photographs. The making part has shifted. That’s one of the things about theFINproject that keeps me going – meeting the innovators and makers.

After graduating university I moved to New York where, being very impatient, I assisted for a year and then set out on my own. I opened my first studio on 29th Street in early 2000. Over the years I’ve had several studios in New York and now have a studio and gallery space here in Santa Monica called ESSNTL.LA.

I’ve been doing photography full-time since graduating so that means I’ve been behind the camera basically non-stop for nearly 16 years. That’s a lot of hours. I’d say 80% of my work has been focused on advertising still life, with 20% beauty. You’ve lived in NY for years, now in LA. Do you feel your work as an advertising shooter changed when you changed cities?

I feel my approach to work in general has changed. It’s more passionate and selective now. I also feel I have a better perspective on the shoots that I take on and the pictures are better than ever. I continue to work enthusiastically in advertising because I have an outlet for my passion in theFINproject.

theFINprojet was something I never would have imagined doing in New York. There just wasn’t the time and there were too many distractions. I’m still working my ass off but I must say I’m much happier doing it here in LA. 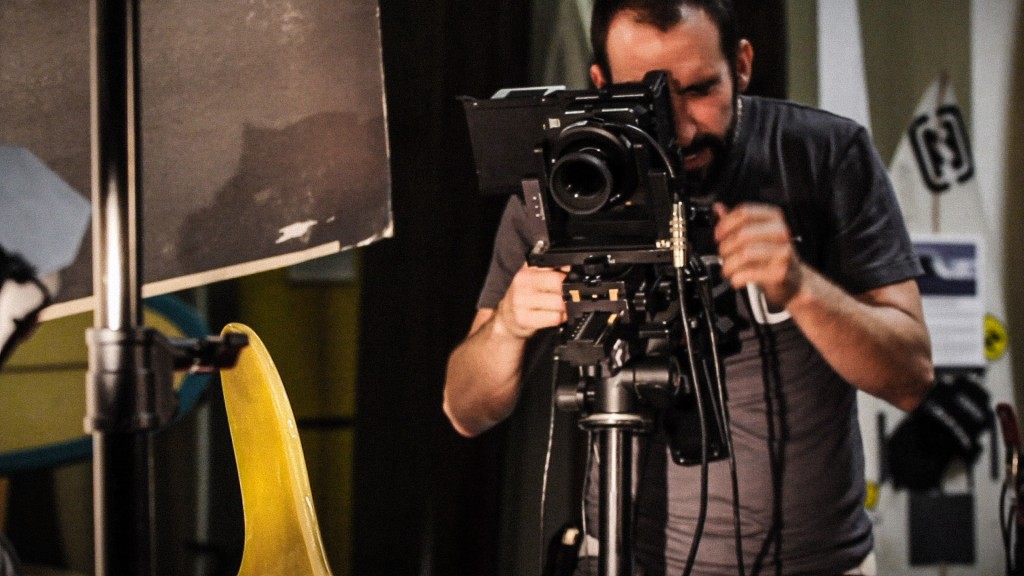 Living in LA, it seems your love affair with surfing came back. Is that what inspired you to do the FIN project?

For me, advertising photography was always challenging and exciting but not rewarding. It lacked passion, which is very important to me. I reached a point where I decided if I didn’t find a way to combine photography and surfing, I needed to change careers entirely. 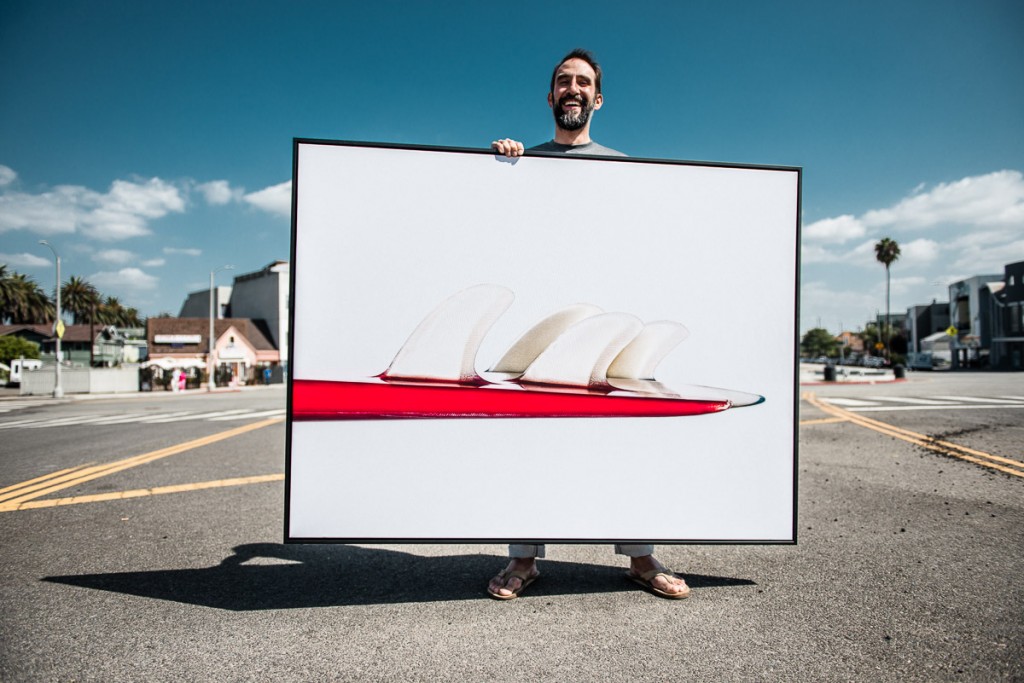 How did you think of the idea for the FIN project?

Years ago I had made some illustrations of fins that had always stuck with me, lodged somewhere in the back of my brain. Through my personal ultimatum of joining photography and surfing, I decided to bring these illustrations to life as photographs.

It started off simply. But like most things, it’s evolved and I just keep following the thread as it leads me along. In this case, it led to the documentary film. 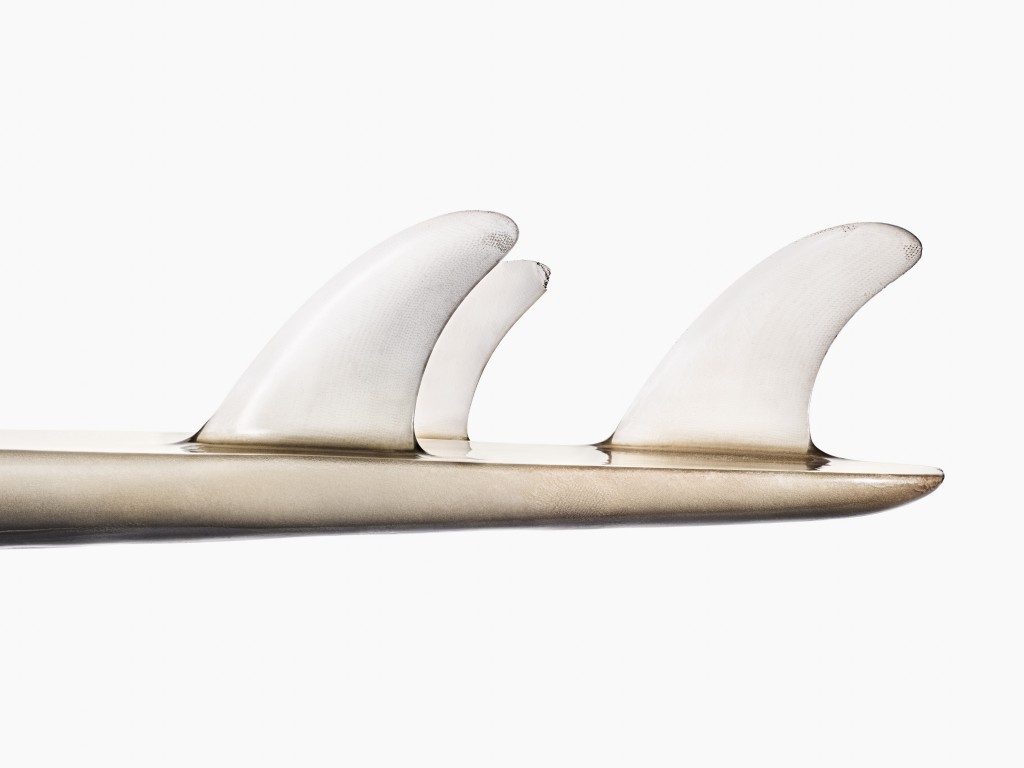 Why do you want to tell the story of the fin?

It’s important to remember the story of the fin is really about the innovators behind the fin. Without their brilliance, the fin would not have evolved and surfing would not be where it is today. George Greenough is a prime example. He was drawing lines on kneeboards with flexible, dolphin- inspired fins in 1964 that still look radical today. He inspired the shortboard revolution and is the father of modern performance surfing.

The project looks to explore two angles to this story: the stills explore the fin as object, and encourages the viewer to wonder what stories the fin itself could tell. The documentary is about the deeper and more inspiring stories of the innovators who have given so much to the sport. What will go into making this documentary?

The prospect of doing anything for the first time is pretty daunting!

We’ll be shooting with a variety of cameras including the RED Epic for the action footage due to their frame rates, and most likely Black Magic Production cameras for the interviews and non- action footage. (We still have to do some camera testing for this) I’ve painted myself into a corner as far as quality of the film goes: it has to match up with the graphic clarity of the stills. It would be very easy to make a DSLR-based film, but to be honest, if I’m going to devote this much energy and time into making the film, it has to look insanely gorgeous as well. I’m not interested in half- measures.

We’ll be collaborating with some very talented cinematographers, especially for the action and water footage, which is an art form and action sport of it’s own. Shooting surfing from the water at Pipeline with a Red-Epic isn’t exactly something you want to wing. You’ll end up dead!

I plan on incorporating a lot of steadicam work into the interviews and documentary portion. The film needs to be very immersive and engaging, and I love the steadicam for that reason. I want the viewer to feel like a participant in the journey. 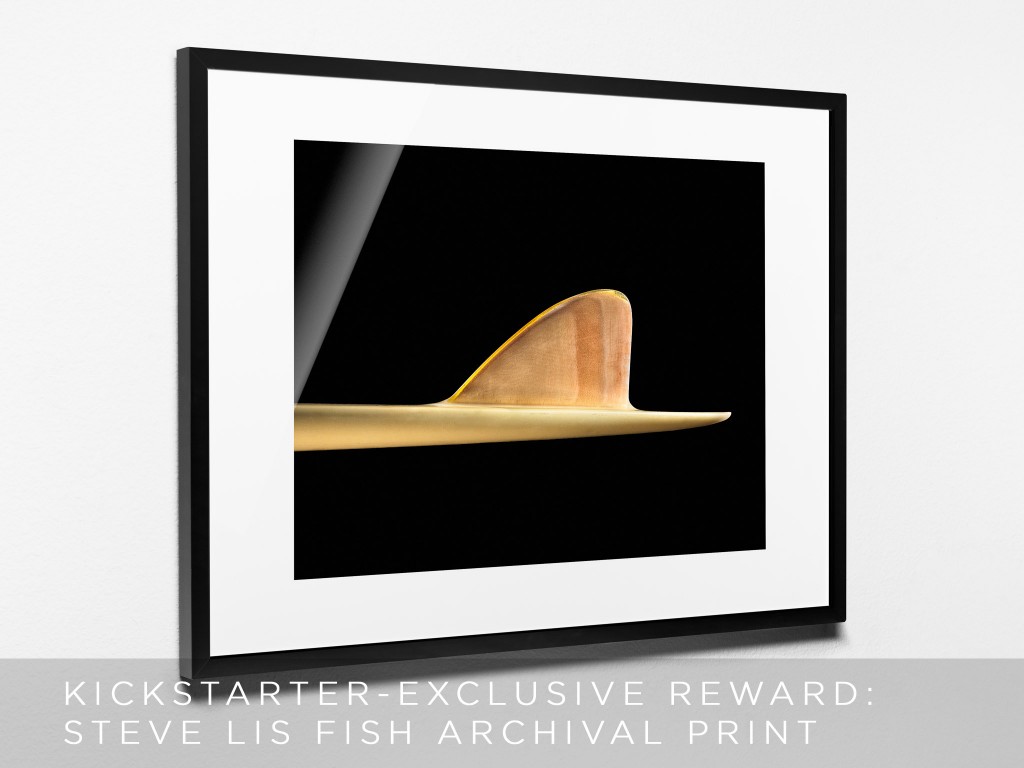 You also hope to build a photographic record of thousands of boards and fins to go along with the documentary, what goes into shooting boards and fins? How do you make each image of a board or fin feel special and different than the thousand others?

The amazing part of this is that each fin is so unique that I find it easy to make them look special. Even amongst a hundred layup fins from the 1970’s – which in one view are very similar – all have such unique stories that each radiates its own energy. And when you get a really unique or historical fin…I swear they just glow from within. Well, they do to me at least. I might be a bit weird though.

We’re using Hasselblad Multi-Shot backs for the process as this gives us the best image quality, hands down. It’s important that the photographic technique disappears: no grain, no noise, no shallow depth of field. All of those distractions take away from the subject. It’s a bit of a painstaking process but worth it to get these images where every story-telling scratch and scuff is pristinely recorded. 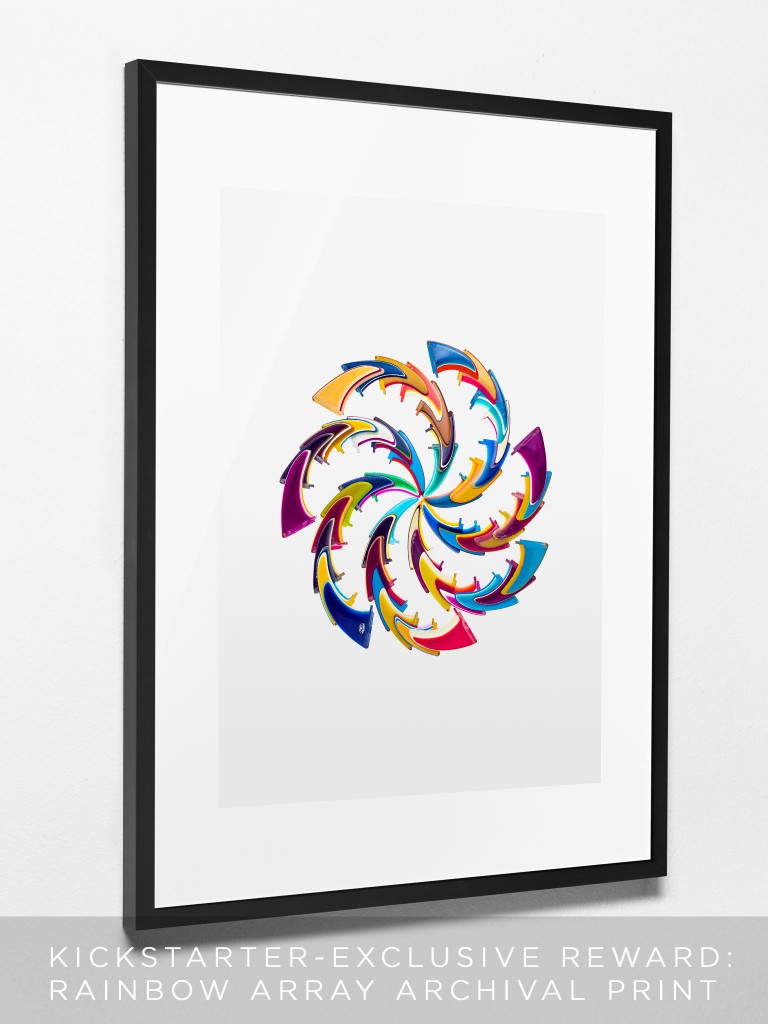 As for lighting, I use continuous sources for the most part. The level of precision I can get from tungsten fresnels makes all the difference in the world. Sometimes the difference in a quarter turn of the focus knob is what makes a particular fin sing!

On location the tungsten sources can be a bit laborious when we have no control over the ambient light so we’ll switch to Broncolor packs and heads, especially the little Pico lights.