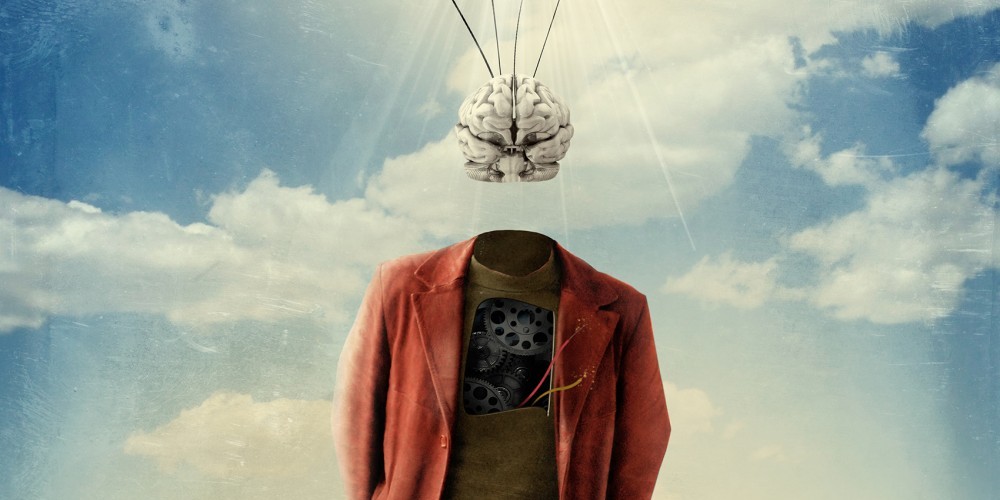 Francesco Romoli has always found ways to express himself.  At fourteen he studied guitar and music theory, at twenty-one he fell in love with computers, and at twenty-three he began working with photography.  His images are a cross between graphic design and photography, using photographs of his family and fusing them with his designs.  In his Artificial Intelligence series, it’s clear that Romoli has found a way to fuse his love of computers with his knack for photography.  His images are surreal, and many are inspired by sic-fi movies.  In this interview Romoli tells us about how he creates his startling and mixed media images.

When and how did you get started in photography?

About three years ago. I bought a cheap camera for Christmas. It was a Canon 1000D (Rebel XS in the U.S.) with a 18-55 IS.  I fell in love immediately. Then I attended some courses at the center of contemporary photography Marangoni in Florence. 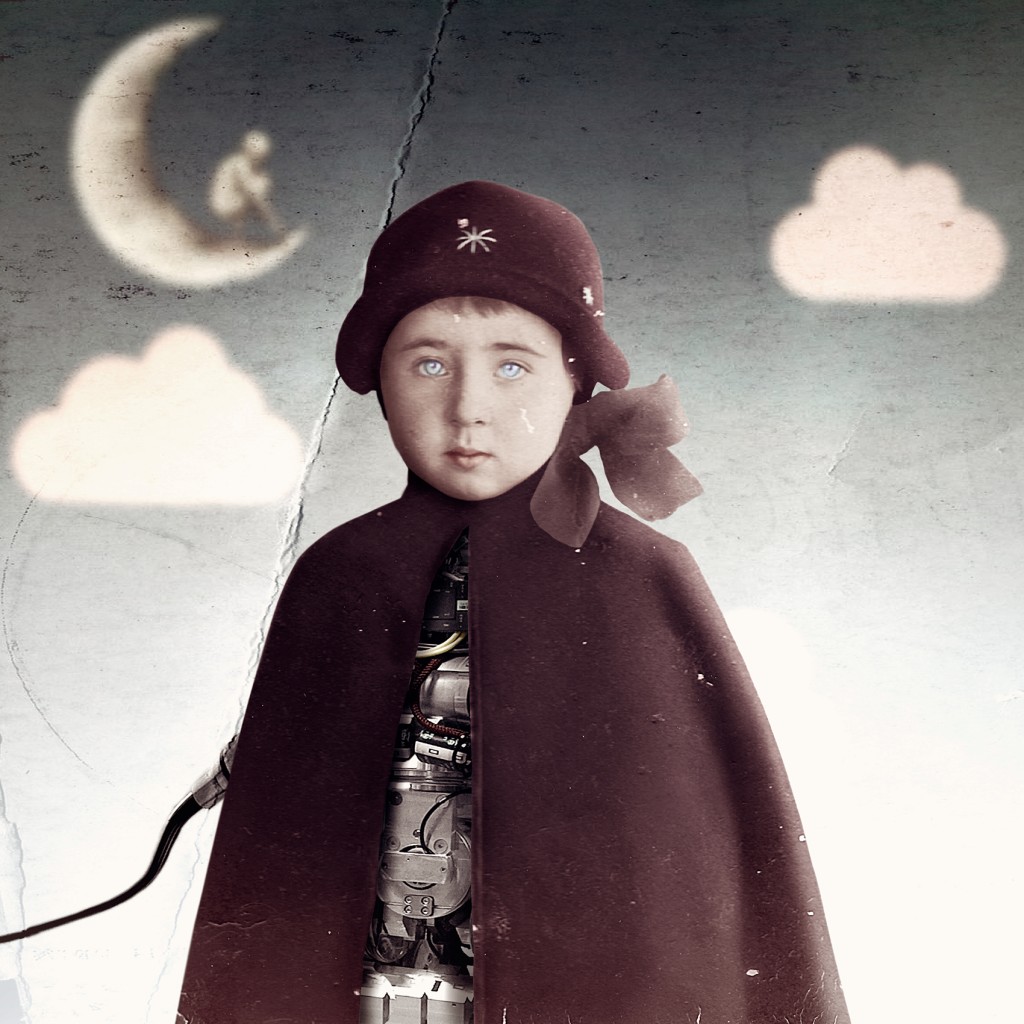 When and how did you discover your affinity for mixing photography with graphic design, collage and bricolage?

After a few months I realized that photography was not enough to express what I felt, I wanted to create something that did not exist. I started using photoshop. My style is a mix between photography and digital graphics. I make much use of photoshop. Of course, my studies have helped me to fully understand this tool (I studied computer science). I have a good familiarity with the computer tools, then learning how to use photoshop was not very difficult. 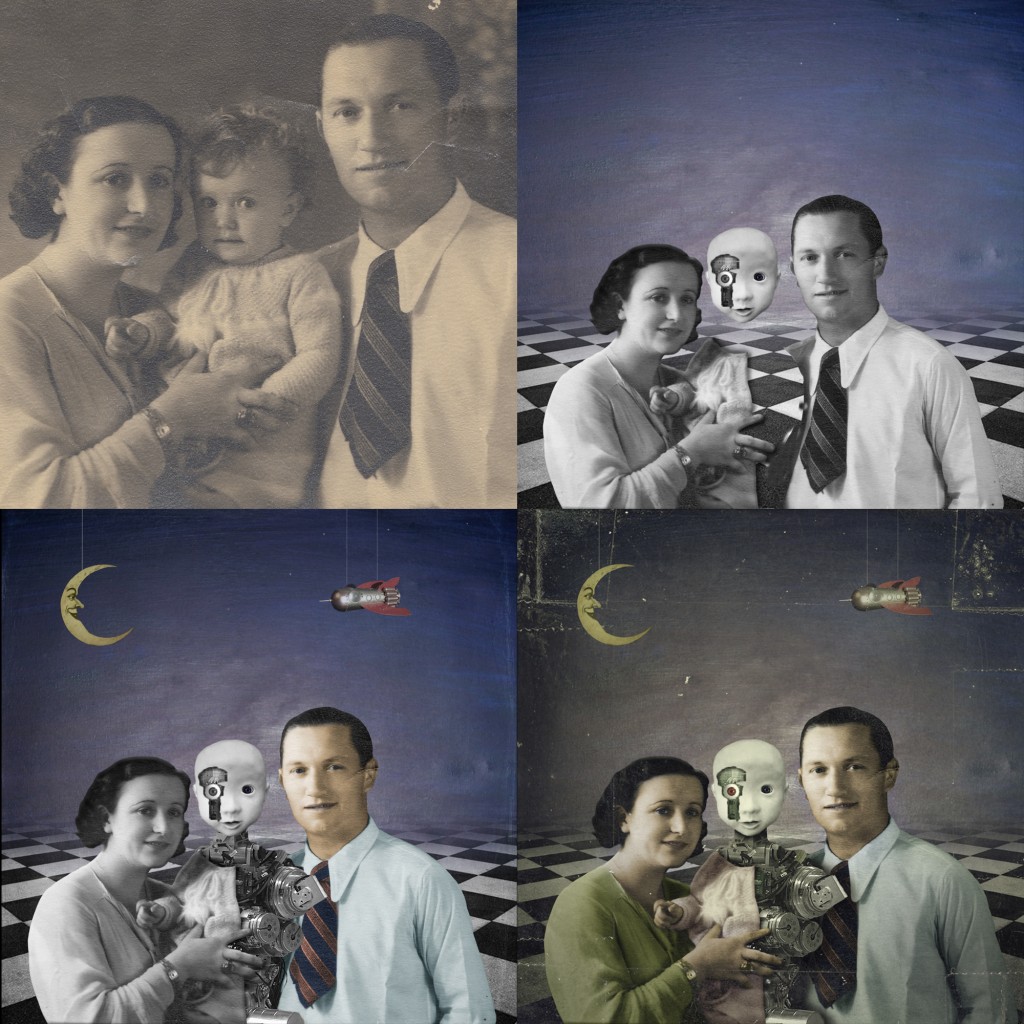 What inspired your Artificial Intelligence Series?

I’m a big fan of the philosophy of mind. I have read many books by Daniel Dennett, Douglas Hofstadter, John Searle and many others. I studied artificial intelligence at the University and I love sci-fi movies. All these factors have influenced my artistic life. “AI” is the result of all these influences.

It seems as though you like to use mixed media in your work, can you walk us through your process for Artificial Intelligence?

The photographs are old pictures of my family of the ’30s. I used the scanner to transfer them to my computer. Later with photoshop I modify the background and some details of people. My style is very surreal. I like to imagine things that do not exist. 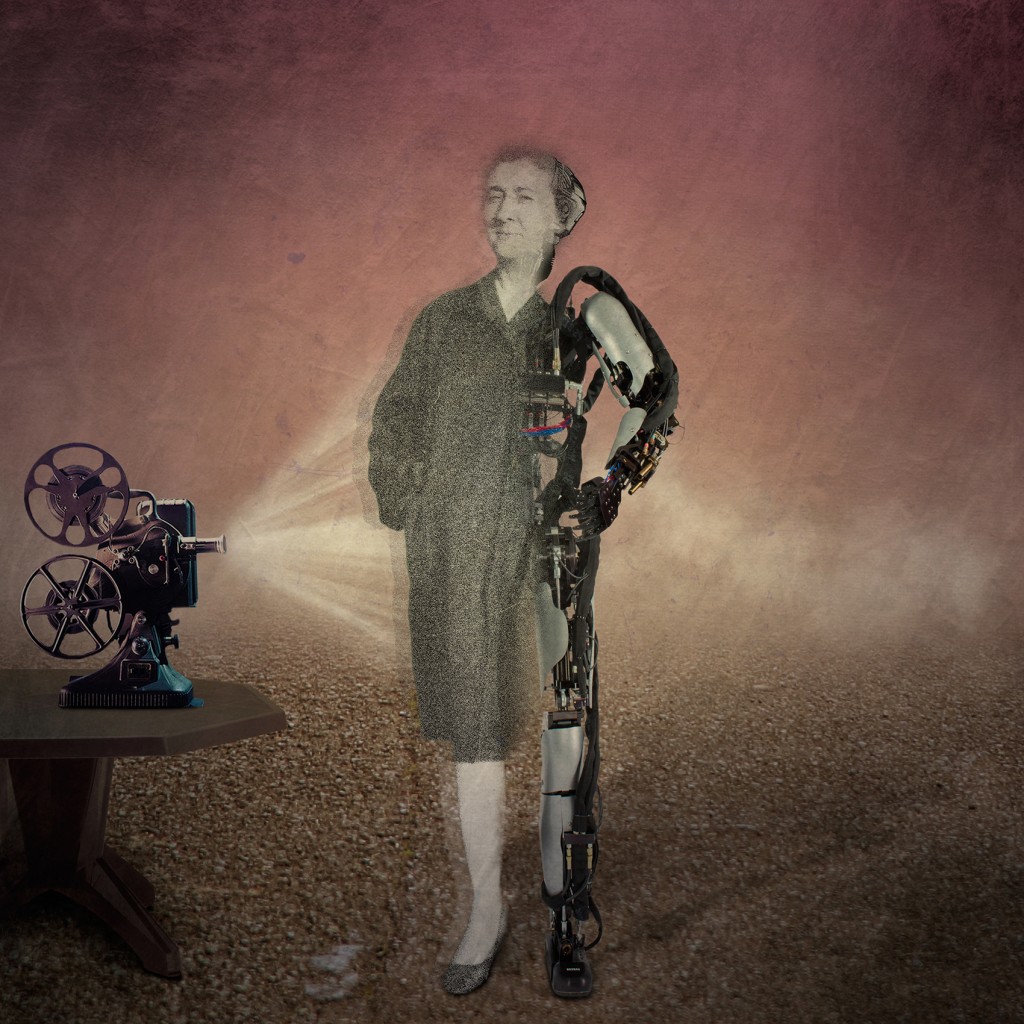 How much of each image is a photograph and how much is media that you’ve added in?

The human subjects are always photographs, the background is always added later.

How long does it take for you to create each image?

The big problem is coming up with a good idea. Once I have a good idea, the image is ready in three or four hours. 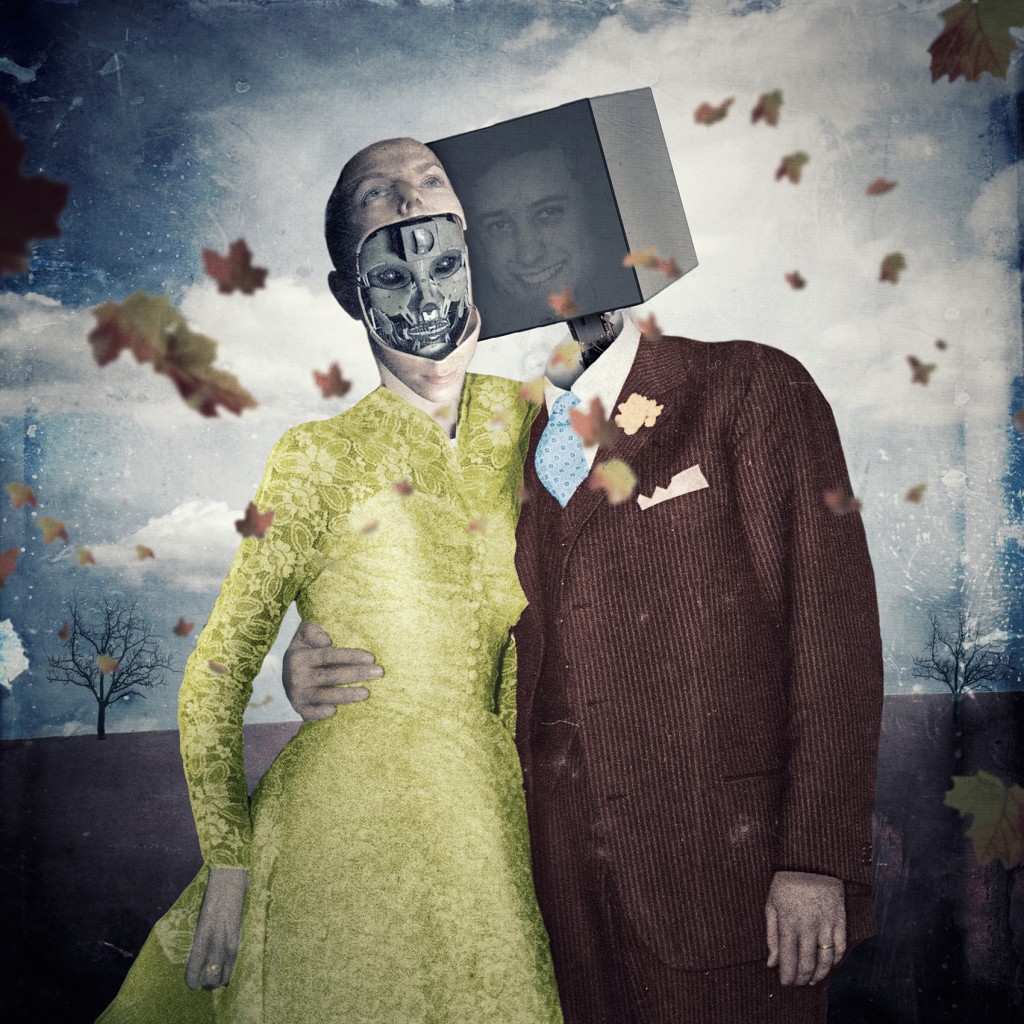 Do you have a favorite image in your Artificial Intelligence series? If so why is it your favorite?

My favorite is 04.Love of my life. In my opinion is  the most meaningful. 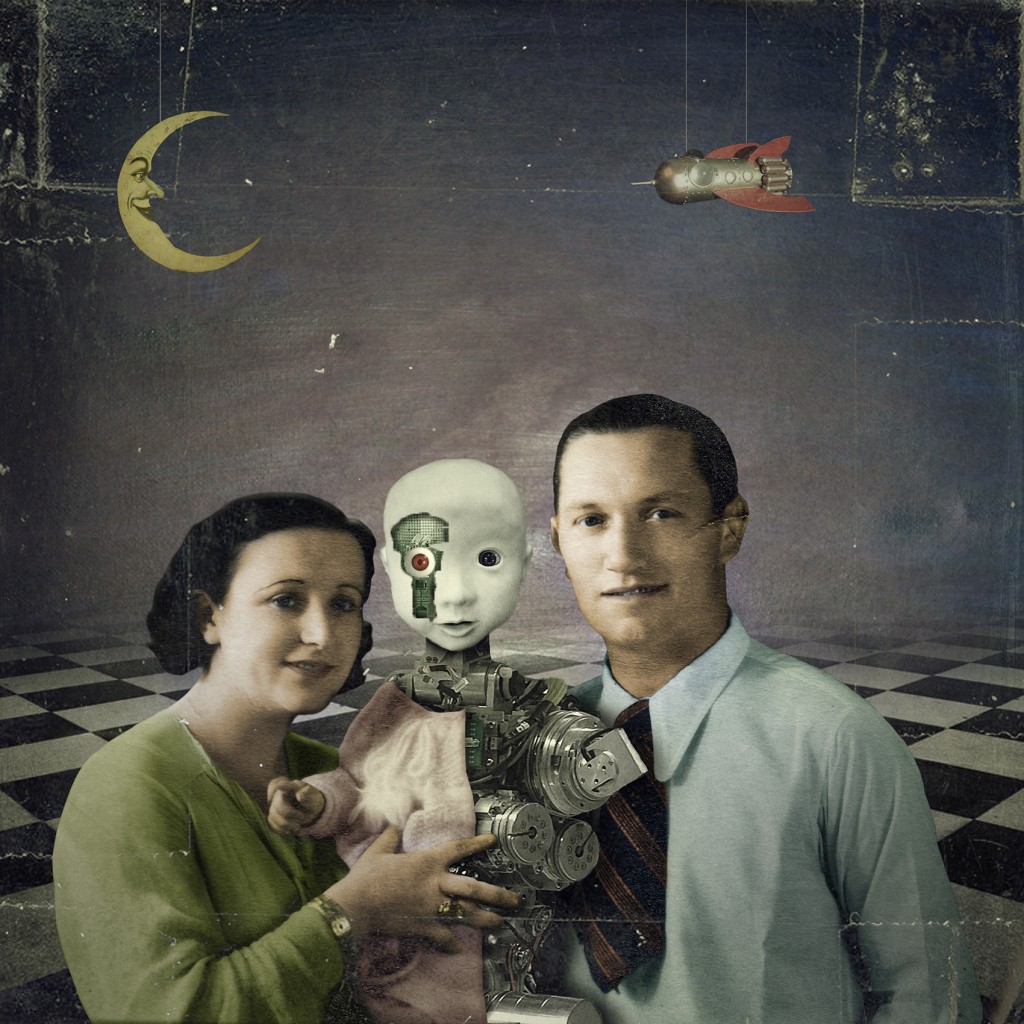 What is the message that you hope to convey through your Artificial Intelligence Series?

It ‘s not important who we are or what species we belong to. Life is important in all its forms.

The images in all of your series seem surreal, are there any photographers that inspired you?

I love artists like Sharrie Lavine, Barbara Kruger and Richard Prince. An artist that I really like is Maggie Taylor. The way of working of these and other artists definitely has influenced my work. 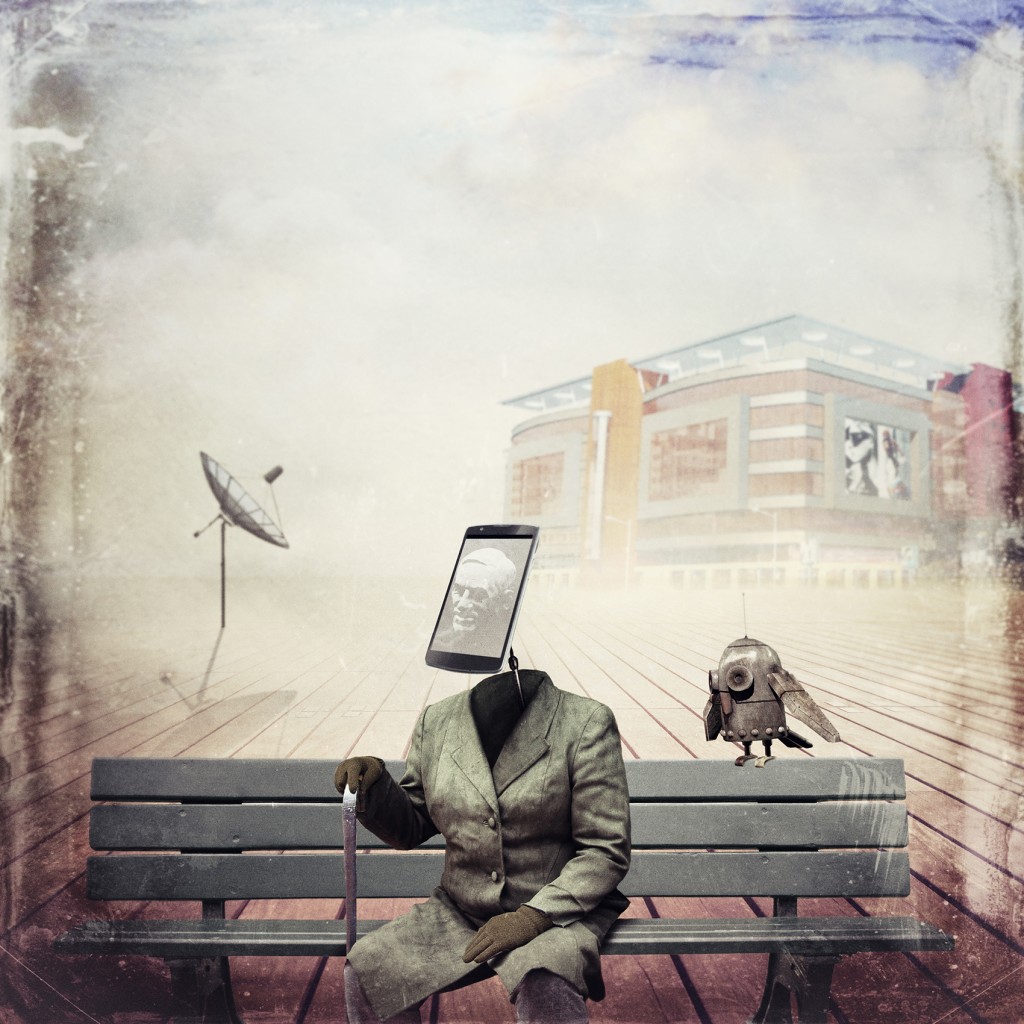 What are your plans for the future?

At this moment I’m working on a new set of images. The series is called “The machine stops”  and the  main subjects are always members of my family. 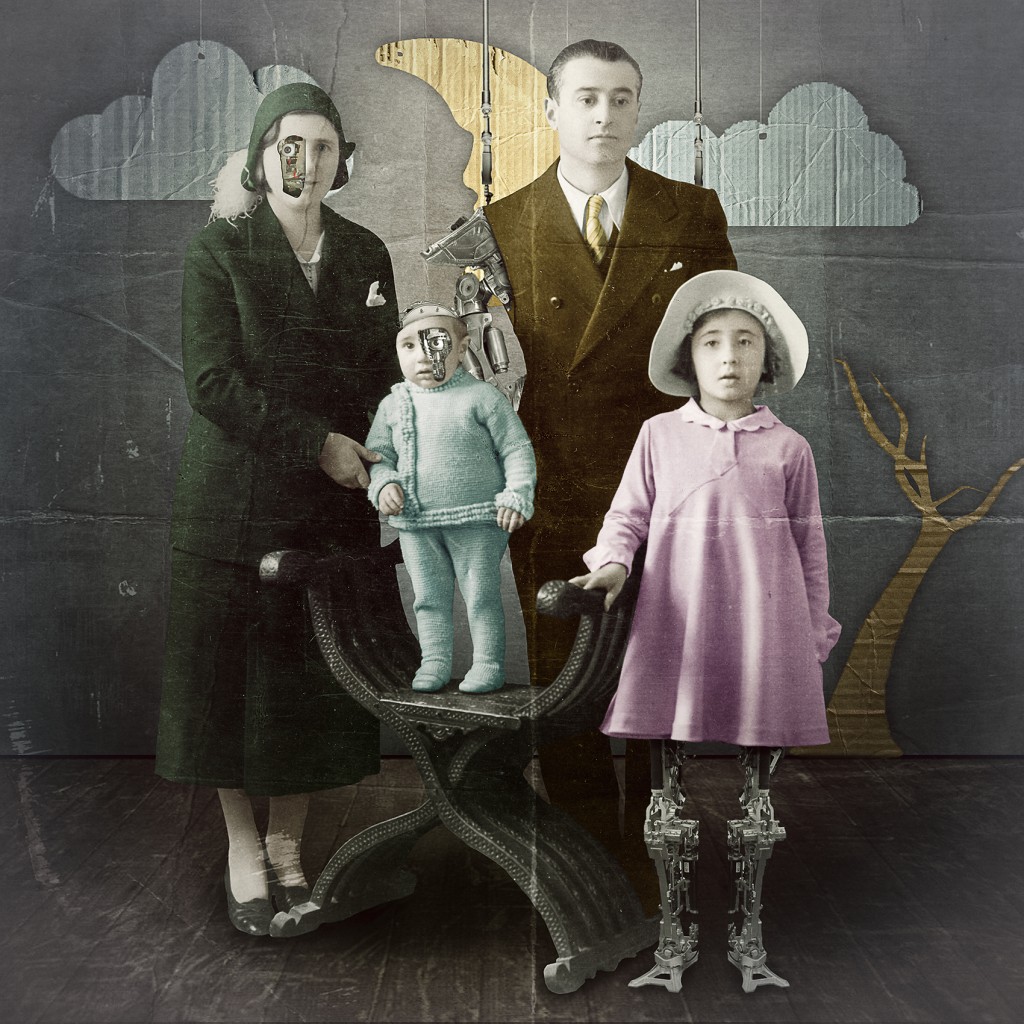