They’re on top of the world, baby! For the second year in a row, Fujifilm has been named one of Thomson Reuters’ Top 100 Global Innovators. The award recognizes the world’s top one hundred companies that are leading the charge for intellectual property rights and technological innovation. Most impressive considering president Shigehiro Nakajima has only been president of Fujifilm since 2012, and has been named one of Reuters’ Top 100 every year of his tenure so far. 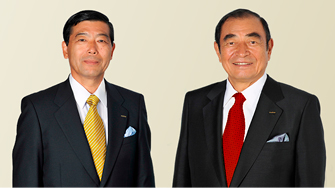 Companies are evaluated based on four main criteria: overall patent volume, patent grant success rate, global reach of their portfolio and patent influence (as evidenced by citations on Thomson Reuters’ intellectual property and intelligence collaboration platform). That mouthful of technical mumbo-jumbo basically means that Fujifilm is awesome because of its incredible volume of new projects and patents, explosive inventive prowess and pervasive presence on the hot gossip circuits of the intellectual property world.

The company’s business and R&D divisions work closely to create cutting-edge new projects that not only grow Fujifilm’s own business but also make strides to advance the photography industry as a whole, and they work to protect those ideas through patents. Shigehiro Nakajima was unavailable for comment on this story, but we imagine he would like to thank the academy, his family and all the great folks at Fujifilm who made this award possible (we can hear the “wrap it up” music swelling already, but c’mon guys: this is a pretty big deal).