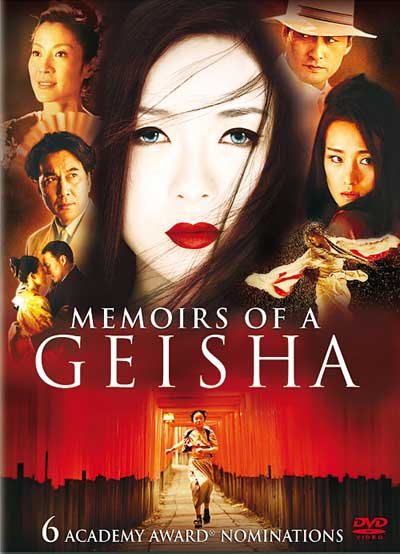 Most Impressive Movie Cinematography of All Time

The art of cinematography is what makes the movies we love so visually impressive. While a film’s director ensures that the actors in front of the camera give the best performances possible, the cinematographer and director of photography (DP) take on the daunting task of making every frame of the movie a work of art unto itself. In the past decade, some of the finest cinematographers and DP’s in history of the medium have had the chance to show off their chops. Here are some of the best showcases of their skills.

Cinematographer Dion Beebe already had an Academy nod for his work on Chicago three years earlier when his photography in Rob Marshall’s Memoirs of a Geisha wowed audiences in the winter of 2005. He captured stunning images of rural Japan and made the period setting seem lived-in. But Beebe’s most indelible mark in this film is a dream-like dance sequence that conveys all of the beauty and melancholy of the titular courtesan’s life.

Two men named Guillermo, the director del Toro and his frequently collaborating cinematographer Navarro, have established a unique style that’s instantly recognizable to cinephiles and popcorn crowds alike. The two worked together in the bold comic book adaptation Hellboy, but got wider recognition in 2006 with the gorgeous and nightmarish Pan’s Labyrinth. A roaring success in its native Spain as well as abroad, this film brings to life the rich fantasy world of a troubled girl during the violent rise of Francisco Franco. Its memorable monsters and creepy exteriors make it a must-see.

Cinematographer Emmanuel Lubezki will be on this list more than once and with good reason. His work stretches back more than 20 years and his talent is rare. While early glimmers of his arresting style show up in productions like Meet Joe Black, it was Lubezki’s sixth collaboration with director Alfonso Cuoron, Children of Men, that first found him at his best. An adaptation of the P.D. James novel updated to match modern anxieties, Children of Men starts slow but gradually erupts into a harrowing over-the-shoulder perspective of Clive Owen’s alcoholic hero that’s one of the most engaging, daunting and sustained sequences of panic and dread in cinema history.

Robert Elswit spent more than a decade as a journeyman cinematographer, turning in competent but not exactly thrilling work in light comedies and horror movies throughout the 1990s. It wasn’t until he started working with visionary director Paul Thomas Anderson that he got the chance to shine. The two got together for Anderson’s debut, Hard Eight, and started to impress with Magnolia in 1999, but it was the 2007 tour-de-force There Will Be Blood that found the team at their peak. Long, silent sequences and vast shots of the California desert lend the film the broad, sweeping feel it needs to tell the epic tragedy of a tortured oil magnate in the 1800s.

Continuing in the theme of great director/cinematographer pairs, genre master Christopher Nolan has worked more or less exclusively with cinematographer Wally Pfister since the independent mystery smash Memento in 2000. Together, Nolan and Pfister designed the look of the gritty Batman reboot franchise and got awards-season attention for The Prestige, but really impressed with the mind-bending images of Inception. A pay-cable staple, many providers are thankful for the way Pfister’s photography makes dream logic play out with bombast and aplomb. You should check with local TV Providers to see if they have this movie playing.

Though Emmanuel Lubezki has worked with Alfonso Cuoron more than any other director, he’s also a frequent collaborator with Terrence Malick. The two made a stunning, singular work of cinema in 2011’s The Tree of Life, pushing audiences through a non-linear narrative that expands one family’s personal dramas into matters of literally universal importance.

A mix of powerful technology and equally powerfully ambition has made the past decade a grand era for cinematography. With the rise of digital photography, there’s no telling how deep and lush the images of tomorrow’s great movies will be.