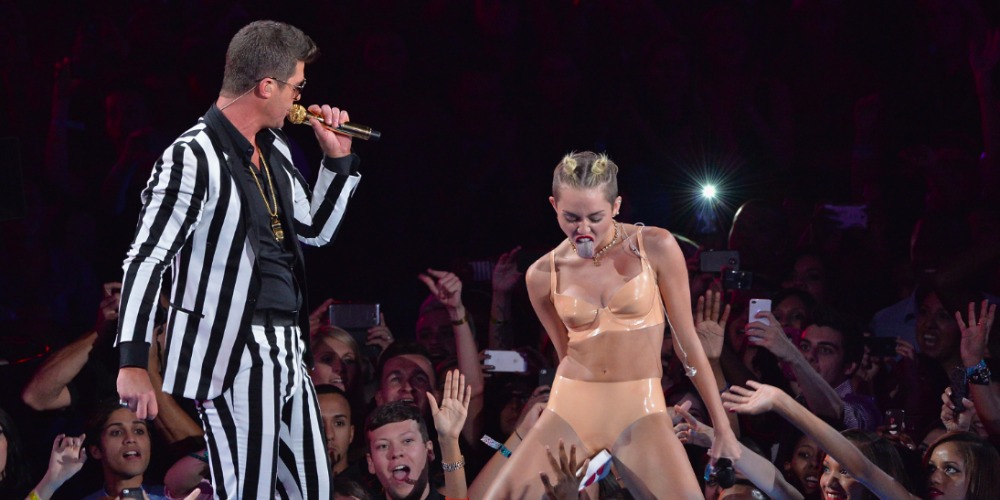 Miley Cyrus and Terry Richardson: Match Made In Heaven

Everybody knows how much of a questionably talented buzz machine Terry Richardson is. He’s been grabbing our attention and pumping up hype for a few years now by snapping photos of some of the largest names in pop culture in surprisingly unconventional ways. His famous black and white style with soft lighting often takes the celebrity out of their context by humanizing them and sexualizing them at the same time.

So when Miley Cyrus teamed up with him this year in the promotional lead up into the release of Bangerz this year, it seemed like a match made in heaven. Miley was pulling stunt after stunt, such as her awkward performance at the VMAs, and was gaining momentum with each single release.

Terry on the other hand, has been relatively quiet by his standards as of late, and probably needed a bit of a boost. Sure, OF was stopping by for freestyles, and he got the lovely Miranda Kerr in his studio, but outside of that he was missing his big cultural shockwave moment of 2013. In a sense, Miley’s new image and Terry’s style are perfect for each other right now. She was most likely dreaming of this moment when she got that ‘edgy’ haircut of hers.

So what do you think? Is this a futile effort by both Miley and Terry to get attention? Did Terry worm himself back into water cooler conversations nationwide? Personally, I was a little under whelmed. If Rolling Stone has more provocative pictures than Terry, he’s doing something wrong.