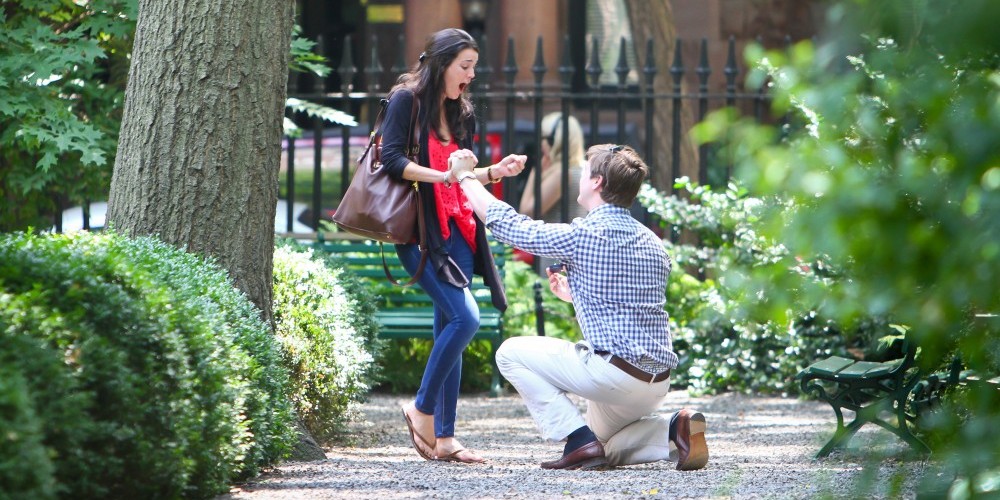 When photographer James Ambler was in school getting his BA in Photography, he wanted to be a war photographer. His interest in the documentation of war jettisoned him into a career as a news photographer in London, but, seeing the rise of celebrity culture, he eventually decided to become a paparazzi. Although he loved his job and its challenges and got to snap pictures of glamorous celebrities, the job itself wasn’t always glamorous. While spending hours in a car waiting for the rich and famous to emerge from their houses was dull, even worse was the response some of his images received–no one likes a paparazzi. People began to fear and dislike James Ambler’s photographs, something no photographer wants. After proposing to his wife, an idea began to form in Ambler’s head. What if there was a company that would photograph the exact moment a person proposed to their significant other? With a lot of hard work James Ambler formed Paparazzi Proposals, a business dedicated to helping plan and photograph the perfect proposal. Their approach is unlike the typical wedding and engagement photography business–they offer consultations to help you plan the special day, they suggest venues, and of course they snap that important moment: the actual proposal. Best of all Ambler was able to change how people perceived his work–instead of being considered intrusive and rude, now he’s loved for capturing one-of-a-kind, life-changing moments.

When and how did you get into photography?

I first got into photography when I was about fourteen and my mates and I wanted to see who looked the coolest doing skateboarding tricks. So I used my dad’s old Pentax camera to shoot some pics and it all followed from there. I loved capturing moments of my friends skating, and that love of documentary really flowed into travel. After taking trips to Thailand and Nepal and capturing some really moving portraits I realized that this was my passion–I wanted to travel the world taking pics!

After getting my BA Hons in Photography, I wanted to be a war photographer. I wrote my dissertation on propaganda during the Vietnam War and how this was the first real documented and televised war; it really fascinated me. From that began a career as a news photographer in London where I covered breaking news and events in the city. In retrospect, I realize that this was the start of my paparazzi training! I did that work for many years but then started to see how the demand and the need for good long lens photographers to capture celebs was exploding everywhere. I decided it could be fun and a good change, and that’s how I ended up getting into the paparazzi line of work. 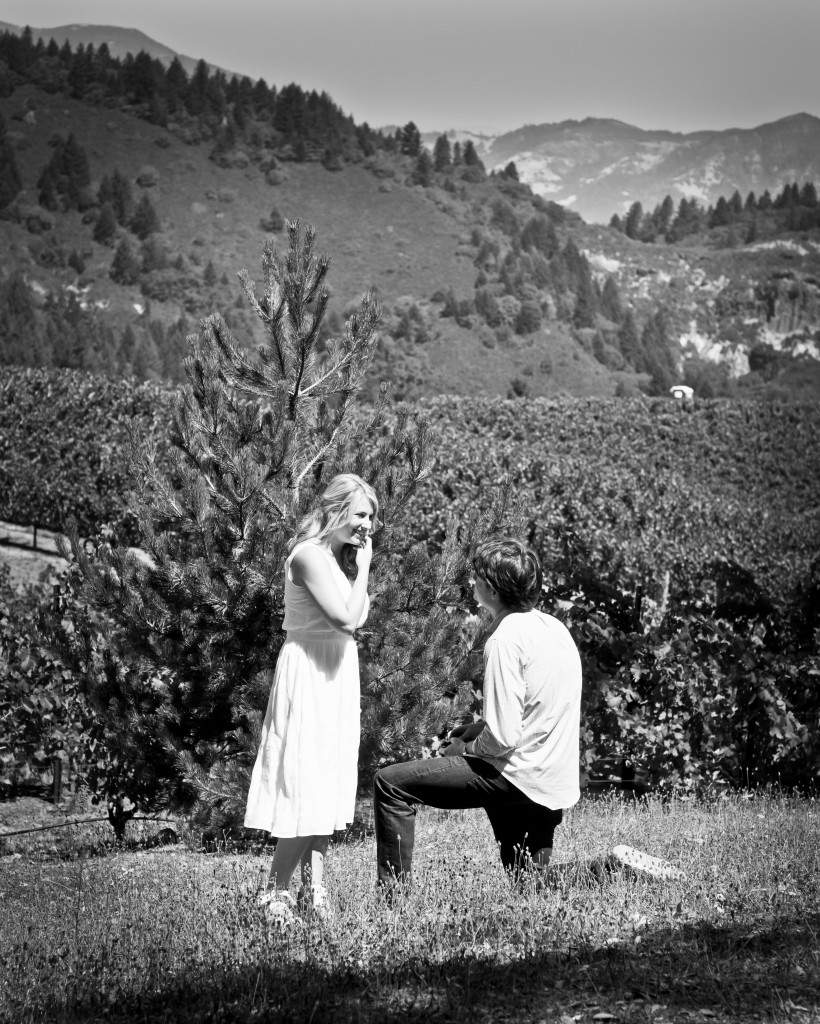 What was it like to be a paparazzi–were you ever chased away by celebrities or their bodyguards?

Life as a paparazzi was amazing! I traveled and saw so much of this amazing country and got into some incredibly crazy situations that I look forward to telling my grandchildren about one day. That said, the paparazzi life is not all glitz and glamour. Many days are spent in the back of a car for 14-15 hours with no toilet break, watching a door constantly. That type of work is mind-bendingly boring and tiring! Back in the day when I was shooting celebs, the concept of being seen was completely out of the question, so we used very long lenses and had to be as sneaky as possible. Now it is more about trying to get a reaction out of the celebs, so you get that picture of Baldwin going bonkers for instance. To me, that sort of shooting was not fun and I had no interest in it. I did have a few run-ins with some celebs and sometimes it would annoy me. It’s funny that they would go to the same celeb hangout at the same time everyday and then get annoyed that they were being snapped! As for the body guards, I never had any real problems with them. Being 6″3 probably helped in that I wasn’t easily intimidated by them. How did you come up with the idea for Paparazzi Proposals?

The idea came after I proposed to my wife. I had planned everything out, blanket, picnic in Central Park–the whole works–and when we started to tell everyone about our engagement so many friends and family asked about how I proposed and assumed that, being a photographer, I must have had pics. This was the one part I had left out–I was so annoyed that I had missed out on this moment and it got me thinking. I had the skill set to capture people discreetly, and capturing that raw emotion would have been amazing. So I started to research online to see what was out there, thinking it must be done somewhere but it really was not. After lots of research and some investment, we launched Paparazzi Proposals. For people who don’t know about Paparazzi Proposals, can you sum up your goal and talk a bit about your company?

Paparazzi Proposals is the first national proposal photography company in America. We help guys and girls plan and execute the perfect proposal. Our team of experts will help you come up with ideas, plan and draw out maps of your proposal and then have a photographer in place to capture the whole thing. You can then surprise your loved one with pictures and video of the build up, the moment you drop to one knee and then the elation afterward. With over one hundred yes’s, we have a lot of experience in capturing that really special moment. 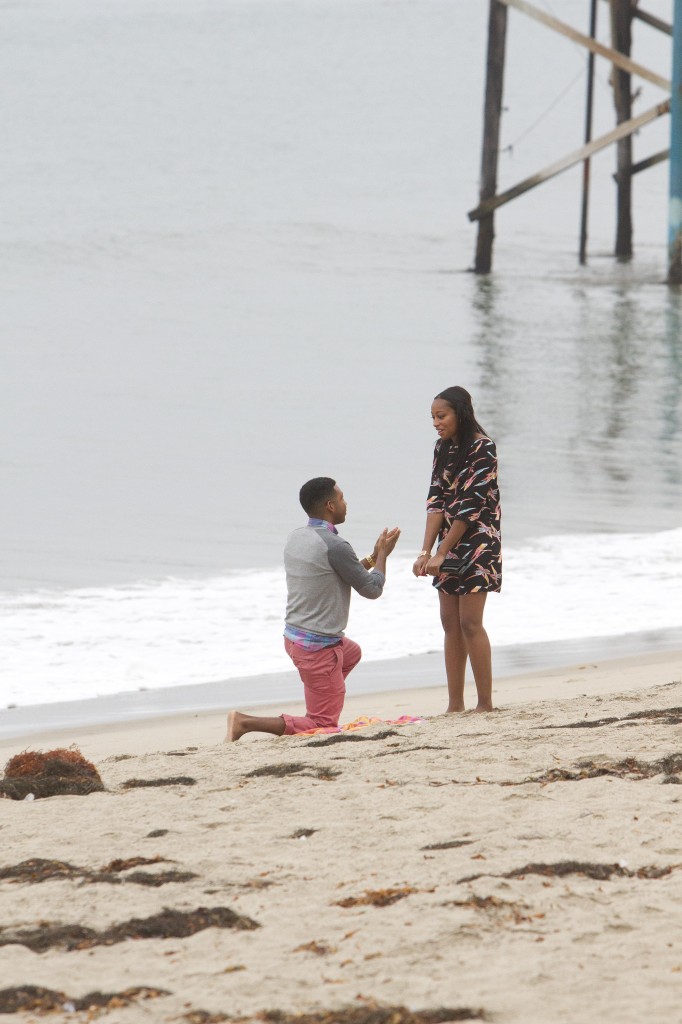 What kind of equipment do you use to capture?

What is the best proposal that your team has photographed so far?

There have been so many cool proposals. My favorites are not necessarily the big lavish ones though; they are more often the ones where the girl (or whoever is being proposed to) has no idea it’s coming and is just so excited to see their partner on one knee. One of my favorite reactions was a proposal we shot in Gramercy Park where the client had donated a tree to the park with a plaque that said ‘Robert proposed to Elizabeth here’. As his girlfriend read the plaque, Robert dropped to one knee behind her and as she turned around her face just lit up! It was really cool to shoot and just amazing to see that exact moment when something really important shifted between them. Has anyone ever been rejected? What would you do if that were to happen?

Haha, no, not yet! We have a 100% track record and so if you’re on the fence and worried about whether you are going to get a yes, you should give us a call! I don’t know what I would do if we got a no; probably give the guy his money back and buy him a beer!

Is it hard to hide from the person who’s being proposed to? Have you ever been noticed before the question’s been popped?

Not really. We use a few techniques to make sure we are not out in the open, but it’s generally reasonably easy as people don’t think, “Oh that must be Paparazzi Proposals taking my picture because my partner is about to propose”! It’s hard to get out of the mind set of not being seen like when shooting celebs though so normally we can get pretty close and they have no idea! 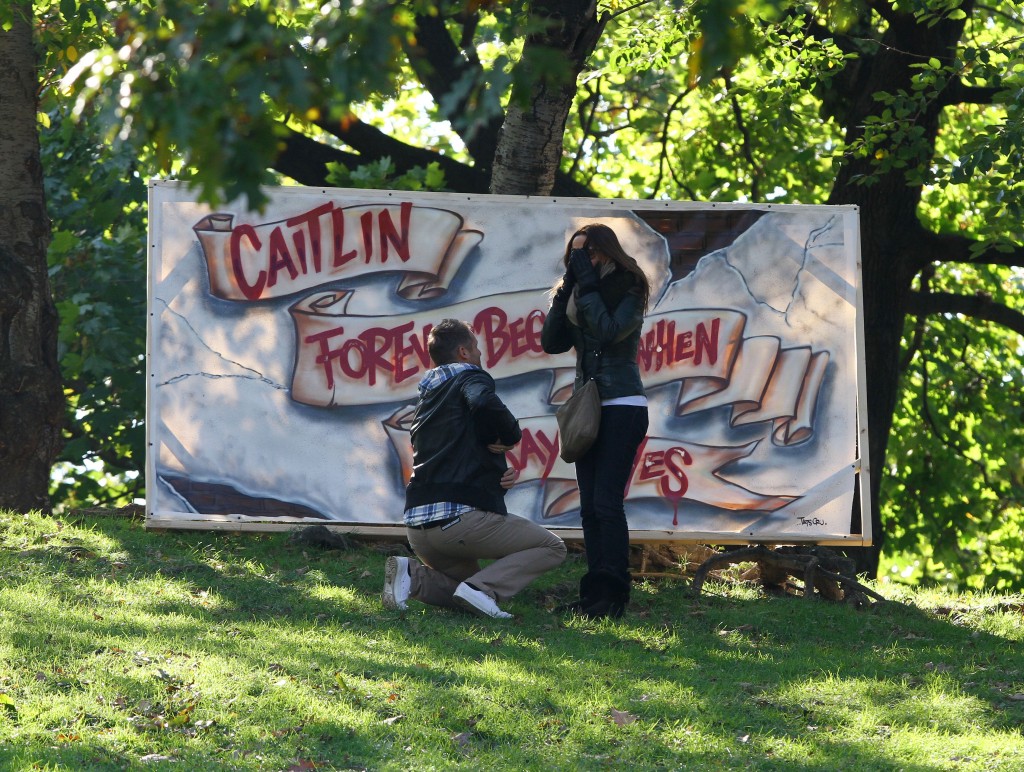 You’ve mentioned that the tables have turned, and now people love your photos instead of fearing them, can you talk about that a bit–how does that feel?

It’s amazing being a part of this really intimate and personal moment. I spend a lot of time with the client beforehand and really make sure we are getting the best possible pictures. In fact, once you build a relationship in that way with the client, it becomes hugely personal that we get the best outcome possible for them. After long days of being a pap and being shouted at by the public for being intrusive, it’s nice now to come home to emails from family and friends of our clients thanking us for allowing them to feel a part of the proposal.

I’m sure the bride-to-be is usually very surprised that she’s been photographed all day, how do the brides usually react?

Normally they are annoyed because they did not do their hair or have no make up on! No, in all seriousness, they love it.  They get very teary when they realize that the guy has gone to all this effort and that they will have that moment forever captured in pictures. It all happens so quickly for them that it is nice for them to be able to revisit the pictures and remember the whole thing. Why do you think your images are better than staged engagement images?

Look, there are loads of fantastic photographers out there doing amazing staged engagement shoots and they have their purpose. But there is a great deal to be said for being able to offer pictures that really capture that raw emotion of the day–something that’s hard to stage or recreate. To know that theses pictures are also being taken by a company who specializes in doing just this gives the clients a whole other level of confidence.

Do you hope that one day Paparazzi Proposals will be available all around the globe?

Yes, total world domination and headquarters in an old volcano are on the horizon! [laughs] Not really, but we are pushing this in every major city across America and the response has been amazing. We went on Shark Tank and that has really kicked up our audience. We are also starting to market this on a national level with TV and radio, so fingers crossed it all takes off. We are looking at starting this up in Europe and Asia as we have so many clients coming over to NYC, and the reaction has been great. I never wanted to run my own business–I just wanted to snap cool pics and not have to wear a tie–but life changes and this is a cool and unique service which I want every guy and girl to be able to use. 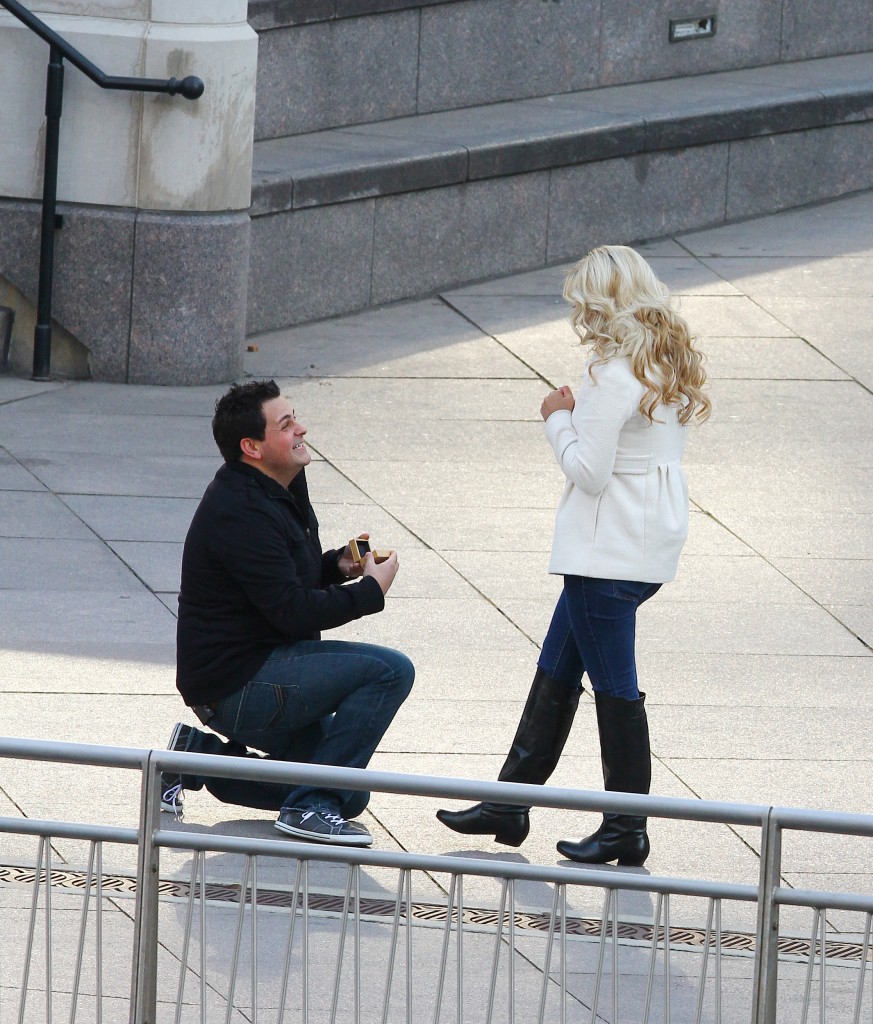 Get our original interview with James Ambler from our Spring 2013 print magazine here.